“To be a woman is to be weak”. Exposing the lie that facilitates sexual exploitation in Zimbabwe

Addressing sexual and gender-based violence (SGBV) in Zimbabwe by pulling up the roots of sexual exploitation. These ‘roots’ include harmful religious and cultural beliefs around gender identity, economic inequality and disparity in land ownership, and a lack of understanding and poor access to sexual health and justice services. By engaging with faith and community leaders, social norms on gender and sexual exploitation will be challenged and individual change will be enabled.

Abuse and harassment is a normal part of life

Tanga loves having fun. She loves seeing her friends smile, making happy memories together, delighting in the beauty of life. But because Tanga lived in Zimbabwe, she is just as used to seeing her female friends cry as seeing them laugh. Sandwiching many of her high-spirited stories are darker tales of intimidation, verbal abuse, physical violence and sexual exploitation. And if she saw the wondrous stars shining in her experience of life, it was always against the backdrop of the frightening and overwhelming night.

Tanga says "we would be harassed or abused but we did not lose heart." SGBV is an accepted and expected part of life for many women and girls in Zimbabwe. A recent SGBV baseline survey carried out by one of Tearfund’s partners revealed that a large majority of women may have suffered SGBV and do not even know it.

Girls are not ‘real’ human beings

More than one in three women in Zimbabwe (aged 15-49) will experience sexual and gender-based violence in their lifetime. SGBV, in its various forms, is widespread, cutting across class, race, age and religion. In some communities, assault is even viewed as an acceptable form of chastising women and that ‘beating one’s wife is a sign of love’. The toxic patriarchy that fuels these statistics thrives in Zimbabwe due to a combination of cultural beliefs and practices and is exacerbated by religious misreadings and material poverty.

It is difficult to overstate how endemic the belief that men are superior to women is. When a child is born in Zimbabwe, some ask the question 'munhui?' seeking to know the gender of the child. If it is a girl, the response may be 'hapana munhu azvarwa' (meaning 'no human being has been given birth to'). If it is a boy, the response may be 'kwave nemunhu' (meaning 'we have a human being'). In this context, sexual exploitation becomes normalised.

For several years, Tearfund has been partnering with the Anglican Relief and Development wing of the church in Zimbabwe (ARDEZ), Zimbabwe Orphans Through Extended Hands (ZOE), and Family AIDS Caring Trust (FACT) to dismantle the patriarchal lies that enable sexual and gender-based violence. Long-lasting, sustainable change is urgently needed across Zimbabwe and this multifaceted community-led work has proved to be effective across several regions.

When Tanga engaged with a group discussion as part of this programme, she began to understand how wrong she had been about her self-worth. She says “I began to perceive myself in a different light. I learnt that I am a special human being. As I was reflecting on my life, I became sad as I realised that I had denigrated myself, living a life where I endured abuse and harassment in the name of having fun.” For Tanga, coming to realise that SGBV should not be a natural part of life and that she did not deserve to be treated in that way, was a complete revelation. She now says “I have hope for a positive future. I have the self-confidence that I can be in charge of my life.”

Girls like Tanga shouldn’t have to grow up in a culture where sexual exploitation is normalised. We believe that women should be free to take on roles based on their abilities, not based on the limited opportunities that have filtered through a patriarchal hierarchy that is deeply unjust and oppressively violent. We want to see women in Zimbabwe living abundant and dignified lives. We want to see a cultural shift that calls out injustice and holds perpetrators to account. But this means changing deeply embedded views and expectations and enabling women to challenge a thoroughly prejudiced social framework.

Tearfund has witnessed how its Church and Community Transformation (CCT) process has brought about a reduction in sexual exploitation and abuse, helped close the gap in property rights between men and women, has reduced physical GBV and economic violence, and has helped to weaken the pervasiveness of patriarchal practices. In addition to challenging existing gender roles directly, the approach aims to question the values that underpin those gender-ascribed roles, and the values, power and status assigned based on people’s gender identities. 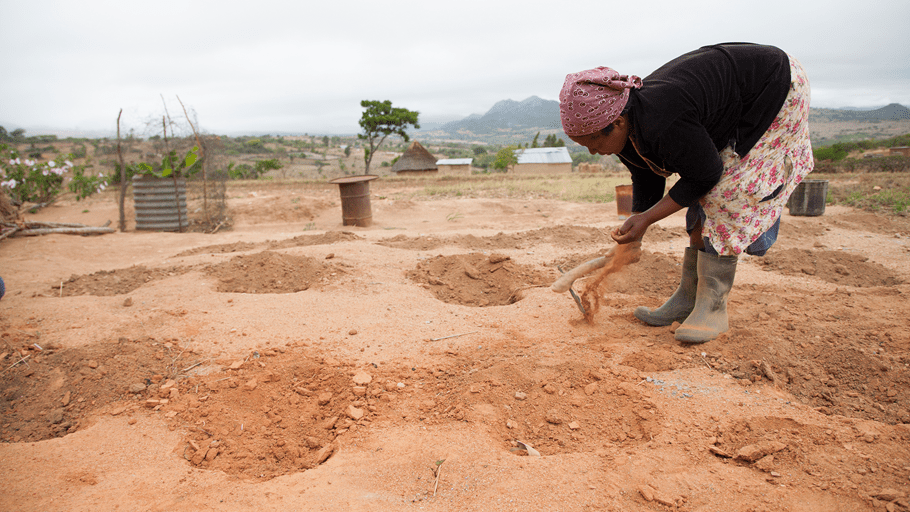 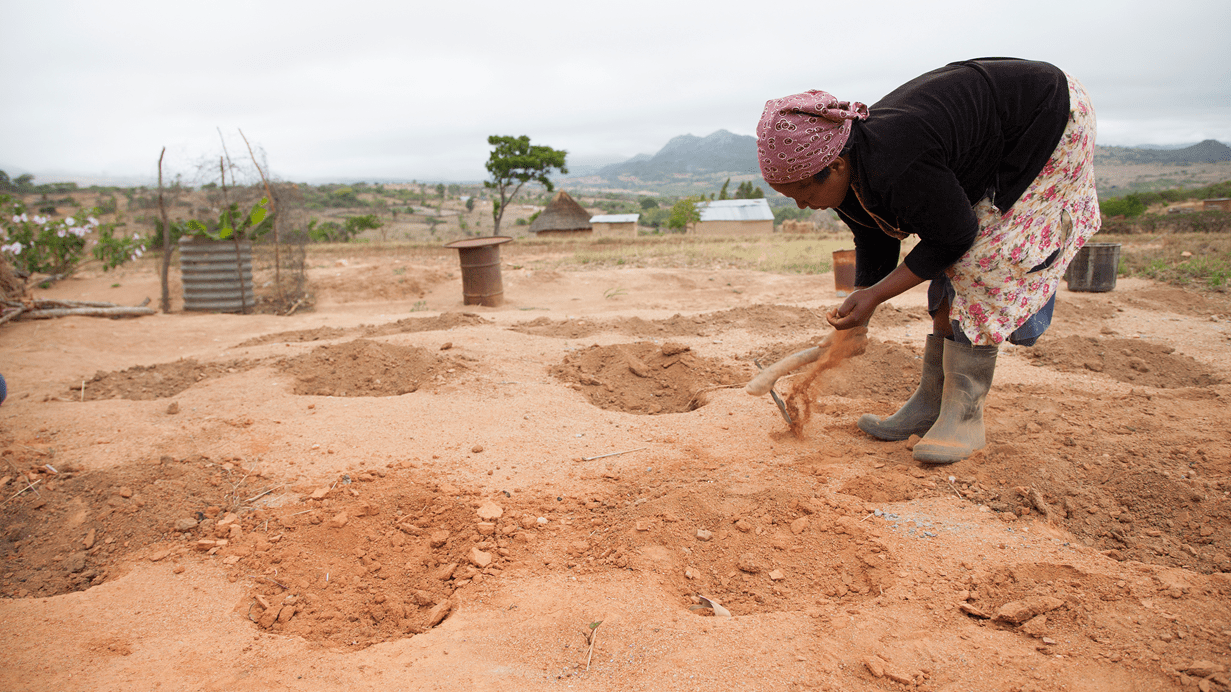 Help me to fight back. Source: Tom Price/ Tearfund

“The belief that men are superior to women encourages SGBV. Societies with such beliefs think that women are lesser species who can be abused at will” (Zimbabwean sociologist Yotamu Chirwa). As communities have engaged in the CCT process, there has been a positive response to the concept of gender equality and the unravelling of the lie that women are inferior, subservient, and ripe for exploitation.

A challenging context compounding the problem

The past few years have seen Zimbabwe experience the worst drought in four decades. Although there was good rainfall last year, its impact will only be felt progressively. The subsequent poor harvests and a collapsing economy has resulted in food, fuel and water shortages across the country. According to the UN, Zimbabwe is “marching towards starvation” with the number of food-insecure people projected to rise to 5.5 million people between January and March 2020, which would be the highest number on record.

Additionally, Zimbabwe faces huge political and social challenges. The government continues to grapple with high unemployment rates, widespread corruption and acute cash shortages. In a move to stabilise the economy, the Zimbabwe government recently re-introduced the Zimbabwe dollar, originally scrapped over a decade ago. The resulting inflation combined with reduced harvest has resulted in a sharp increase in the price of food and fuel, with many families facing hunger, uncertainty and ever-deepening poverty.

Cyclone Idai struck in March last year, affecting half a million Zimbabweans in the east of the country. The cyclone caused extensive damage to crops and agricultural infrastructure, and in the recent humanitarian response, women and girls have suffered sexual exploitation and abuse. Tearfund’s partners received reports of young girls being dragged into bushes and raped, elderly women being raped in the aftermath of the floods, and women being required to give sexual favours in exchange for food and non-food items.

Tragically, humanitarian emergencies, food insecurity and poverty increase the prevalence of SGBV and in some crisis settings affects over 70 per cent of women (WHO, 2013). This challenging context is inflaming the incidence rate of sexual exploitation in Zimbabwe and makes the need for this project even more acute.

How this project will make a difference

This three-year project will see communities growing more intolerant of sexual exploitation. Perceived ideas of masculinity will be examined and redefined within families, churches, and villages. Harmful cultural beliefs will be questioned and challenged. Women will be empowered to develop sustainable livelihoods and have control of economic resources. Community leaders and village chiefs will be integral members of sexual exploitation response mechanisms. Churches will model positive equitable gender relations and will coach others to change their practice, based on a correct representation of scripture. Community members will actively participate in providing safety nets for victims of sexual exploitation. Survivors of SGBV will be increasingly aware of rights and reporting avenues and will make use of support services that are appropriate for all ages.

With your help, we will see a reduction in SGBV as people across the three districts benefit from the following activities: 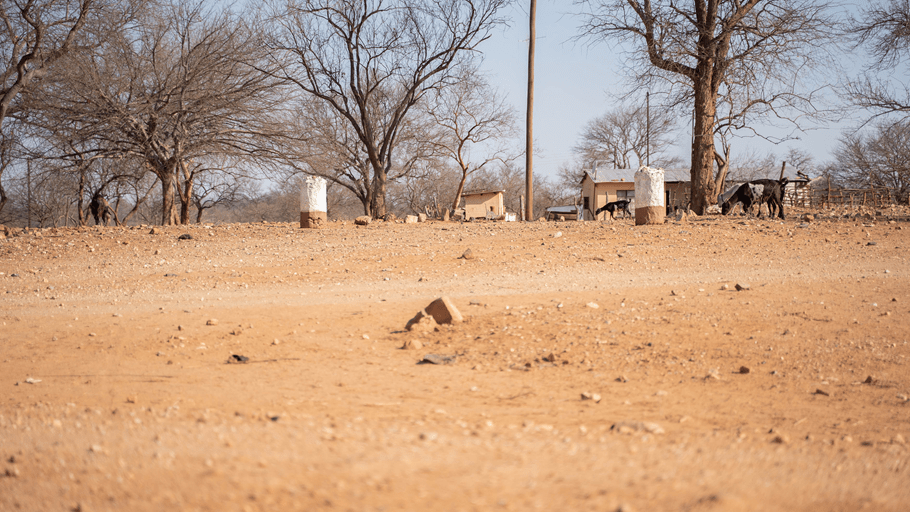 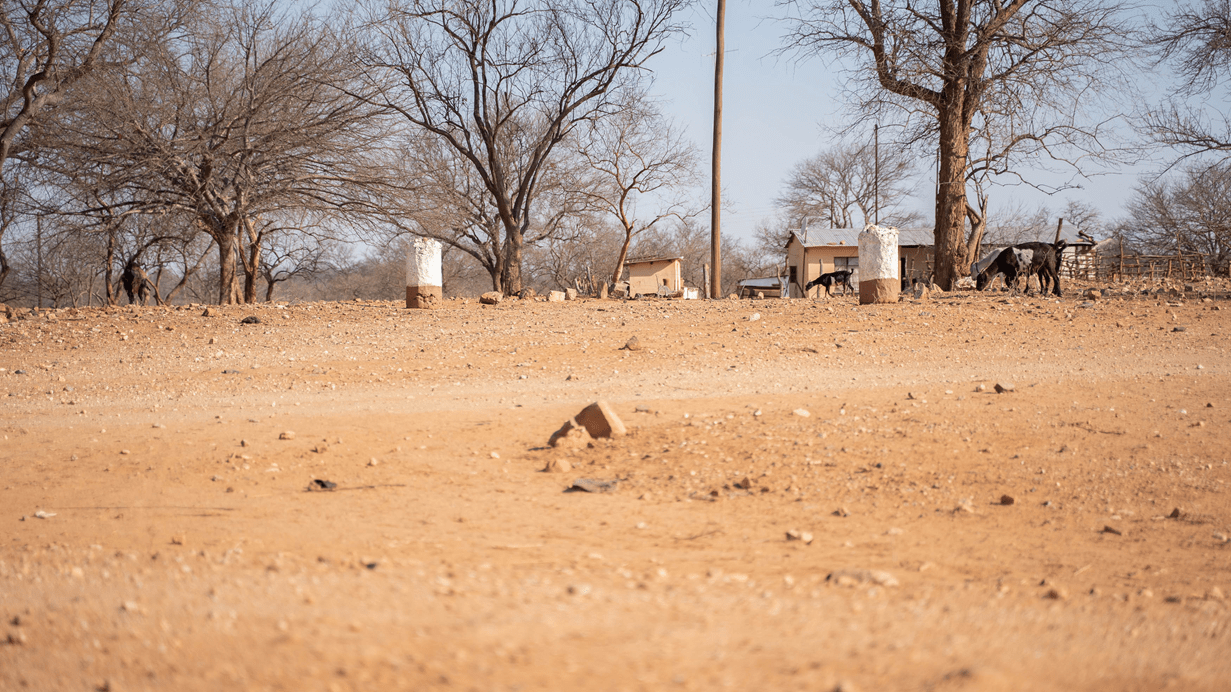 We are hard-working women. We love our families. We just want a level playing field. Source: John Appleton/ Tearfund

We have been working in Manicaland, Zimbabwe, over the last 18 months. We are seeing the beginnings of systemic change but know this work needs to be scaled up in order to capitalize on all that has been learned and achieve long-lasting reform. With a consortium of three local partners, we are in a position to realise this goal. A similar three-year project in the Democratic Republic of Congo saw, amongst other changes, a reduction in partner violence from 69 per cent to 29 per cent.

Tearfund’s partner FACT will coordinate the new project, taking the lead role in coordinating relationships with relevant stakeholders from the government and other NGO SGBV service providers. FACT is best placed to coordinate the grant management as they have a qualified finance team and have been independently audited for the past 10 years. The FACT trustees will be responsible for the systems of internal control and governance. These systems are implemented and monitored by suitably trained personnel with appropriate segregation of authority and duties. Qualified Monitoring & Evaluation officers under FACT’s Strategic Information and Research Department will manage the collection, analysis and auditing of the data. FACT also has a project management information system (MIS) that utilises a centralised database where project details, beneficiary information, project coverage and other related project information can be stored and accessed by the consortium of partners.

Your support will bring liberty to women in areas where previously there was none. We’re inviting you to help. 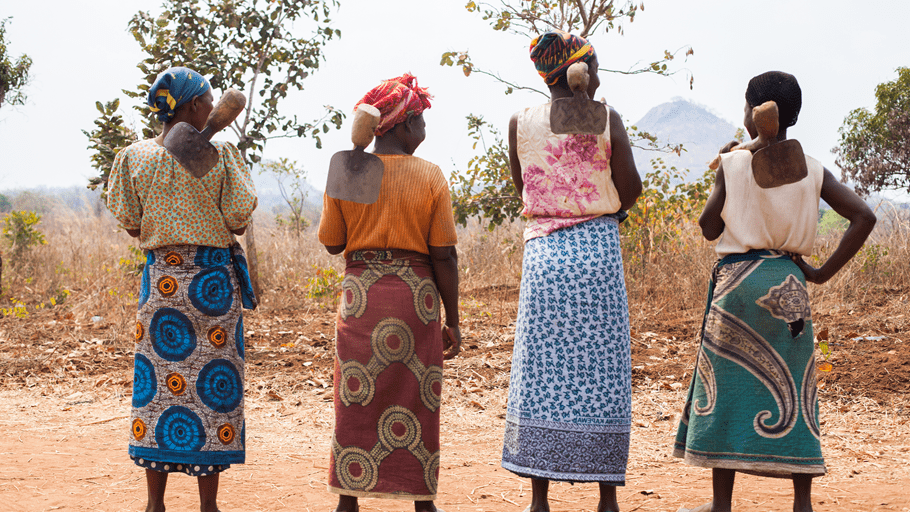 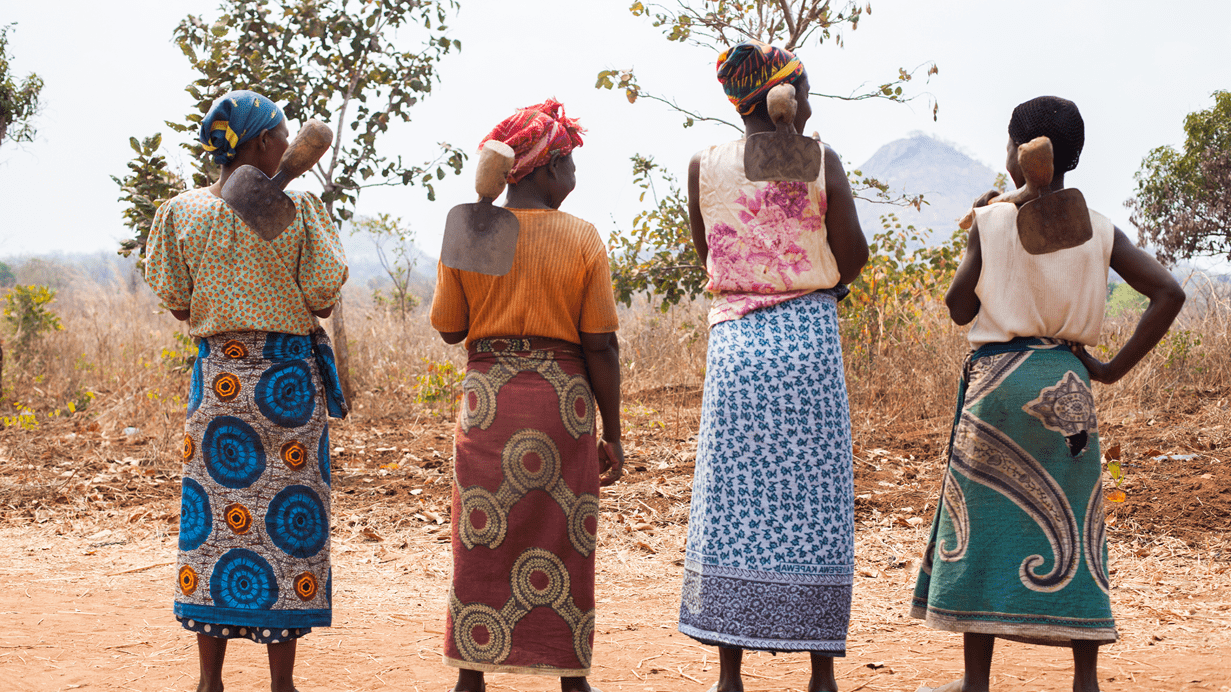 In Zimbabwe, women are constantly looking over their shoulder. Isn’t it time we helped these strong women focus on what lies ahead? Source: Rhiannon Horton/ Tearfund

A note on coronavirus

COVID-19 is still having a huge impact and has affected our partners' work across the world. We are hoping to implement this work as planned but would ask for your patience and understanding if future restrictions affect some of the activities.

“There is neither Jew nor Gentile, neither slave nor free, nor is there male and female, for you are all one in Christ Jesus.” (Galatians 3:28)

We’d love to chat with you more about this opportunity. Please get in touch!