Welcome to Iraq, where Tearfund has been supporting people as they recover from conflict and continue to rebuild. 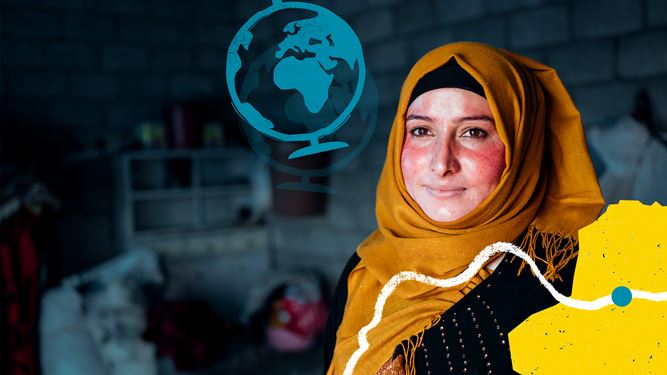 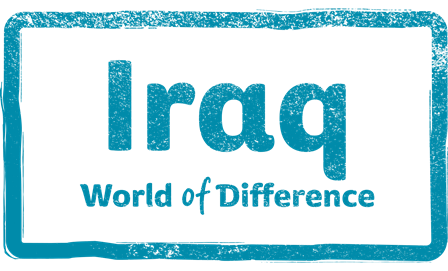 Iraq is a country with determined, resilient people who have endured many decades of destructive, armed conflict, but who have a determination to recover and rebuild.

Come with us and see a World of Difference in Northern Iraq, where Tearfund’s partners have been supporting families to start again and set up businesses. 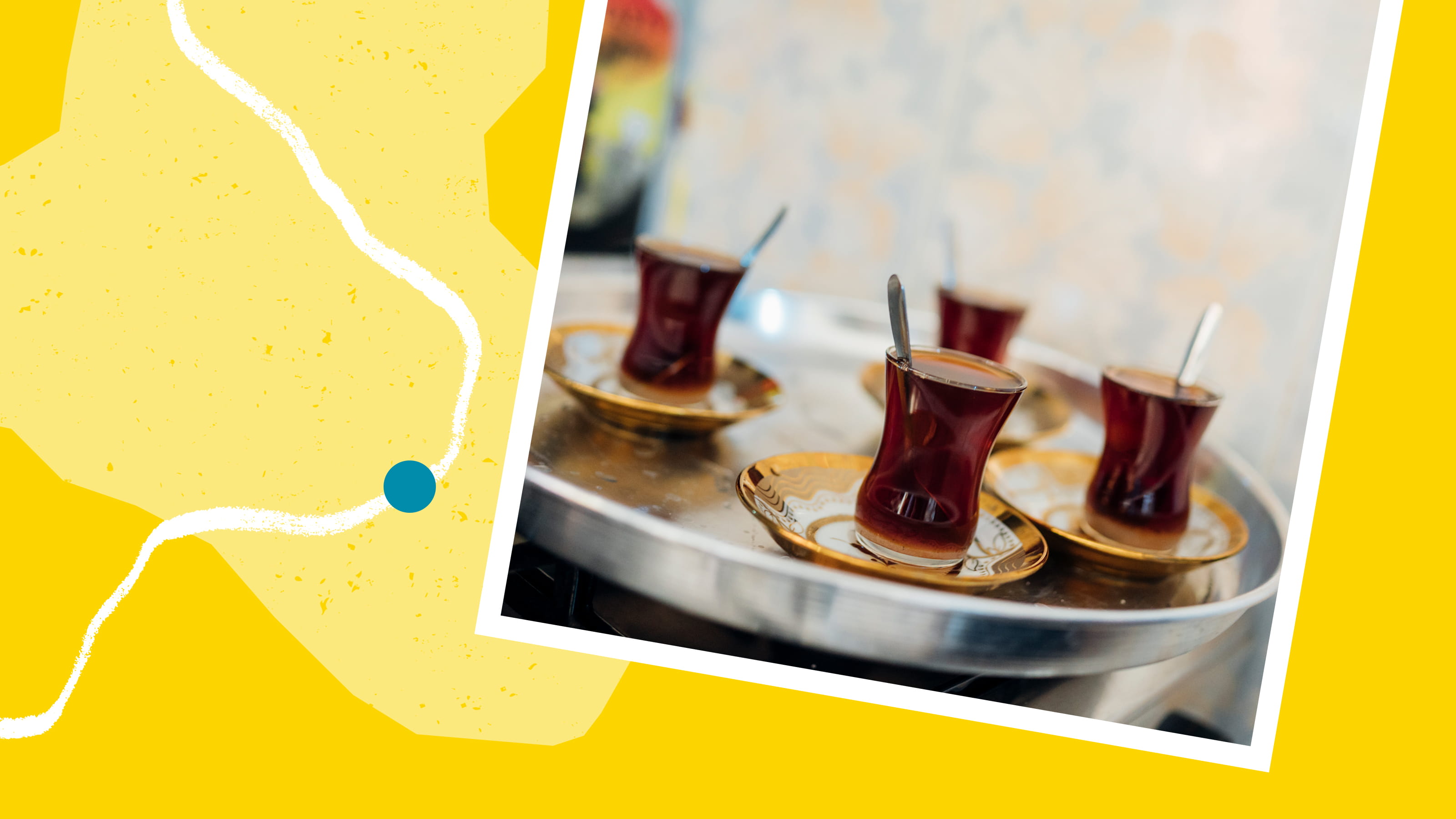 Settle down with a tea, called Chai in Iraq, a crucial part of everyday life. 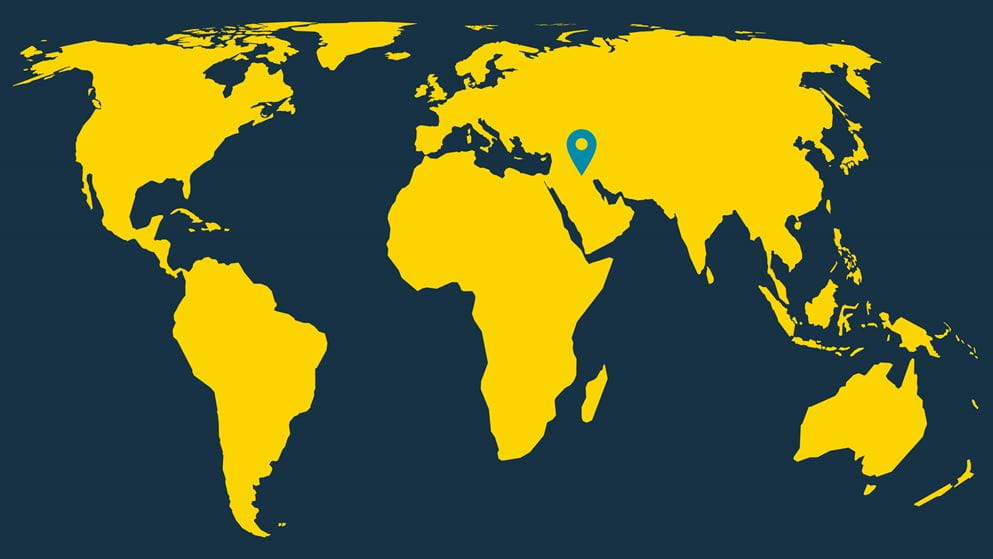 Iraq is one of the most eastern countries of the Arab world, bordered by Turkey to the north, Iran to the east, Syria and Jordan to the west, and Saudi Arabia and Kuwait to the south.

2.4 million people are in acute need

25% of Iraqi MPs must be women to promote diversity

Tearfund began working in Iraq following the First Gulf War in 1991 through local partners in the region of Kurdistan. When conflict erupted again in summer 2014, Tearfund responded to the physical and psychological needs of those whose lives had been devastated. Many people have been forced to leave within the country, living in tents and unfinished buildings in extreme temperatures – very hot in the summer months and freezing in the winter. 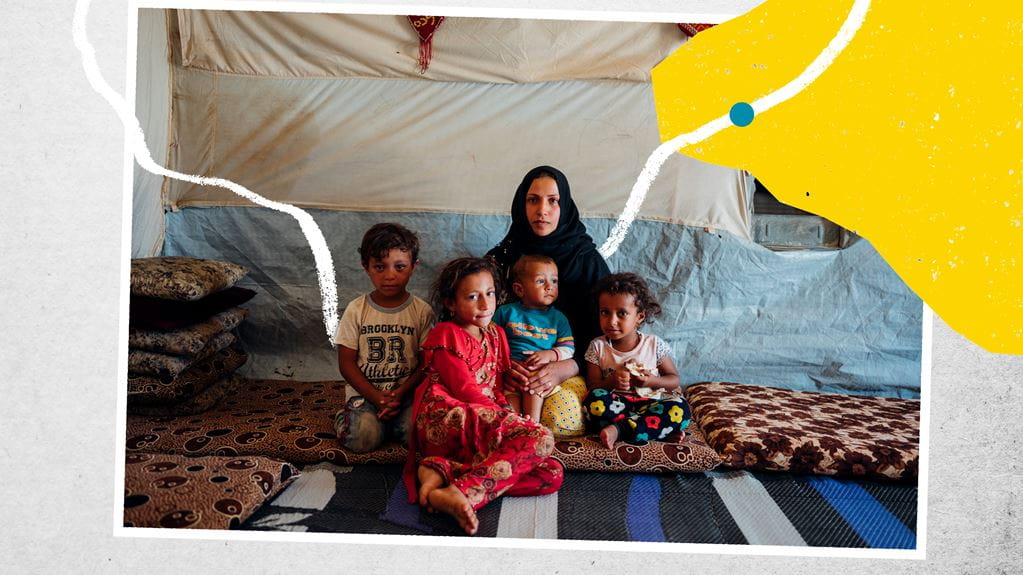 Abeer in the tent she lives in with her children at Laylan displacement camp, Iraq.

Fatima is a woman determined to provide for her family after they lost everything in the 2014 conflict. 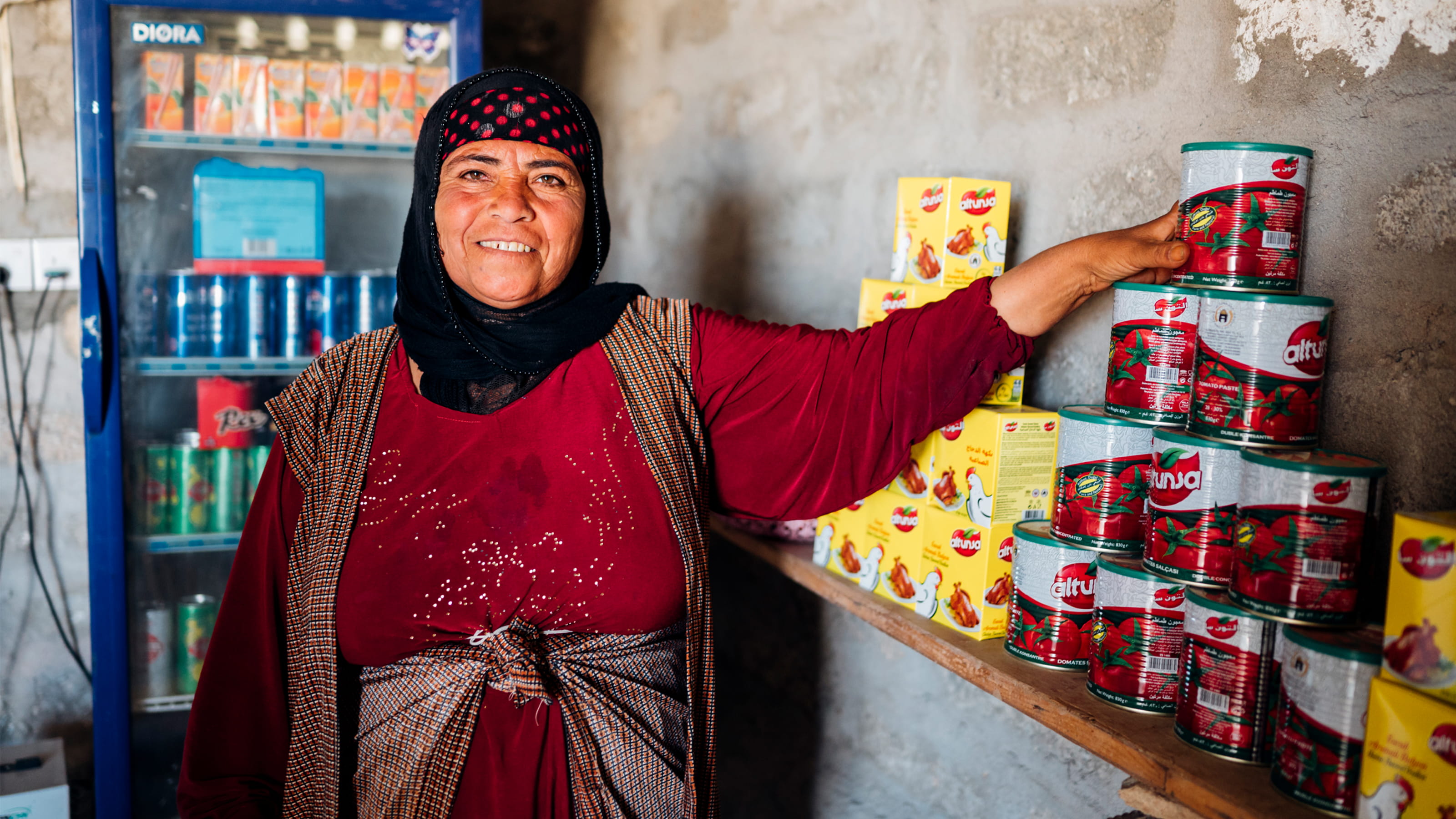 Fatima's shop, which she built and set up herself to take care of her children, thanks to a Tearfund loan. 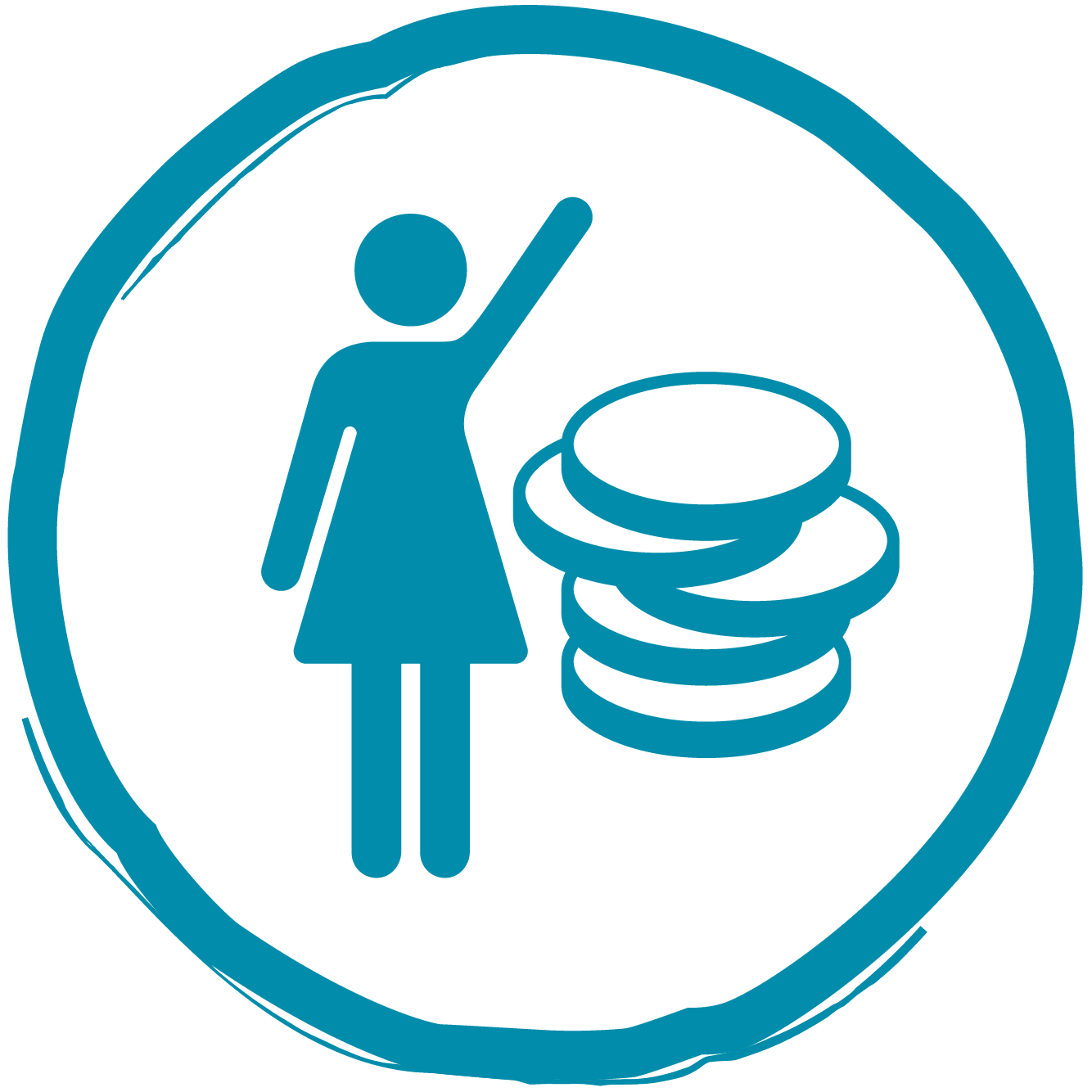 When she arrived back in her home village with her two daughters in 2017, Fatima found nothing. Conflict had forced the family to shelter in a village for four years. Meanwhile, Fatima’s home and all her belongings had been destroyed.

‘I felt a deep sadness inside and began to cry,’ she says. ‘But after I cried, I gave thanks to God. Because we – my children and I – are still alive. They are much more precious than a building or belongings.’

Her husband was not supporting the family, but Fatima was determined to rebuild. ‘I am hard-working and smart,’ she says. ‘I can depend on myself to build, start to earn money and live again.’ But it’s very hard to start from nothing, and that’s where support from people like you came in... 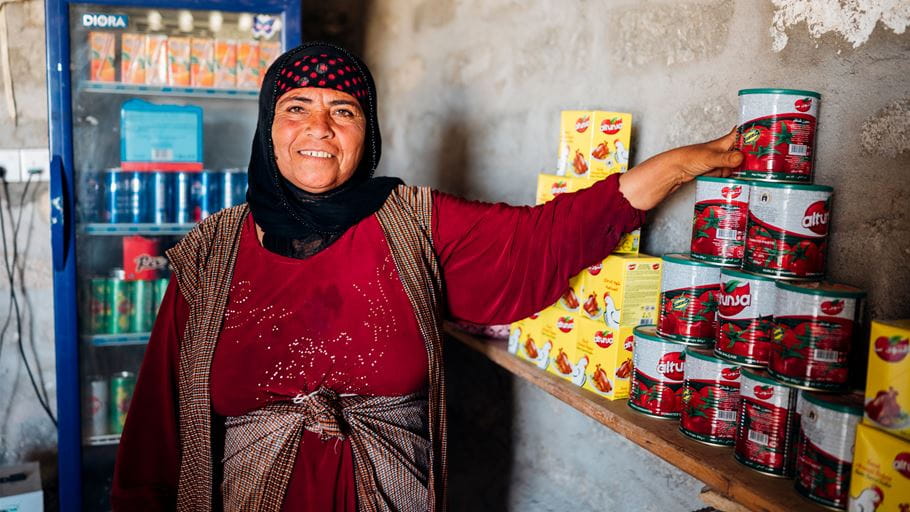 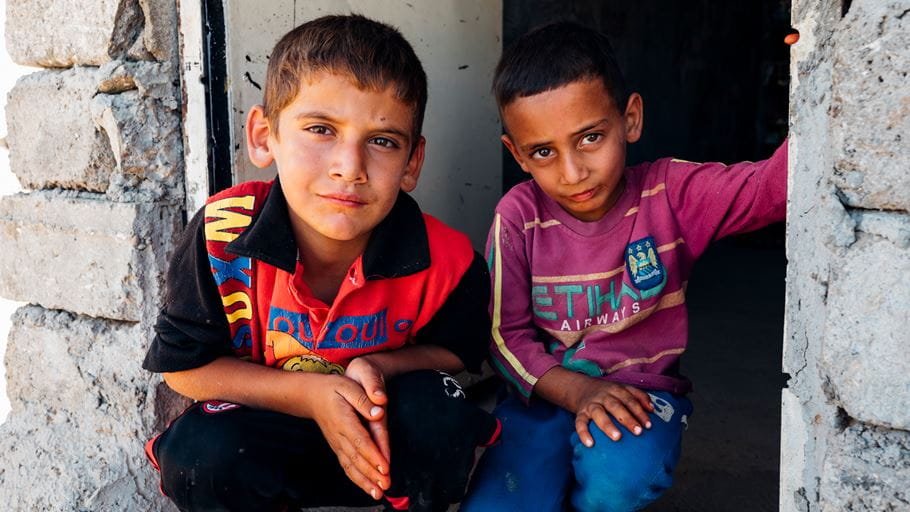 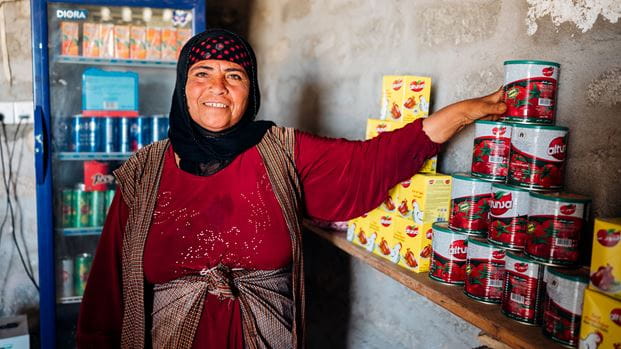 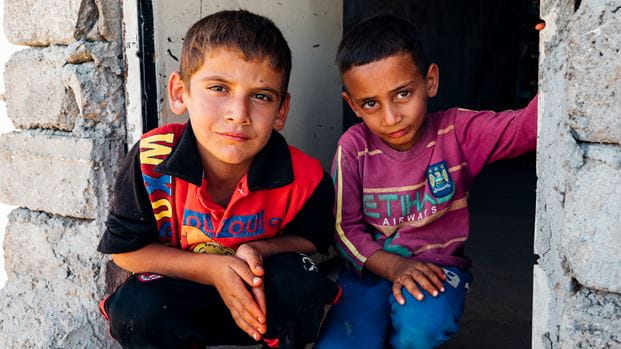 Top: Left: Fatima's shop, which she built and set up herself to take care of her children, thanks to a Tearfund loan. Bottom: Right: Fatima's youngest son (right) with a friend outside her shop, which provides income to send him to school.

Even without help, Fatima set to work rebuilding her home. Neighbours would observe her with suspicion because it’s unusual for women to do physical work. But Fatima didn’t care. ‘They call me The Iron Lady’, she laughs.

But Fatima's resolve paid off when she sought financial support from Tearfund. To qualify, Fatima had to apply and interview. She gained a glowing reference from the community leader. He’d seen her carrying concrete blocks and confirmed that Fatima was a hard worker. Her application was enthusiastically granted.

‘I was so happy, I felt like I was flying,’ says Fatima. ‘I’d like to say thank you to Tearfund partners. They awarded me a loan. From that I was able to build a shop and buy stocks. I can now work and earn an income.’

The grant spurred Fatima on to build a thriving local shop selling food and household goods. ‘It's a lifeline provided by God,’ she says. ‘Some days I have many customers.’ Fatima is prepared to put in the hours, keeping her shop open until midnight if people want to buy goods.

Thanks to income from the new business, Fatima is sending her youngest child to school – the first time she’s been able to afford to educate one of her children. Her eldest daughter is grown-up and married.

‘My tongue cannot stop speaking words of appreciation for Tearfund,’ says Fatima. ‘They have given me such great support.’

Tearfund and our local partners are continuing to support more people like Fatima to resettle and find permanent sources of income. 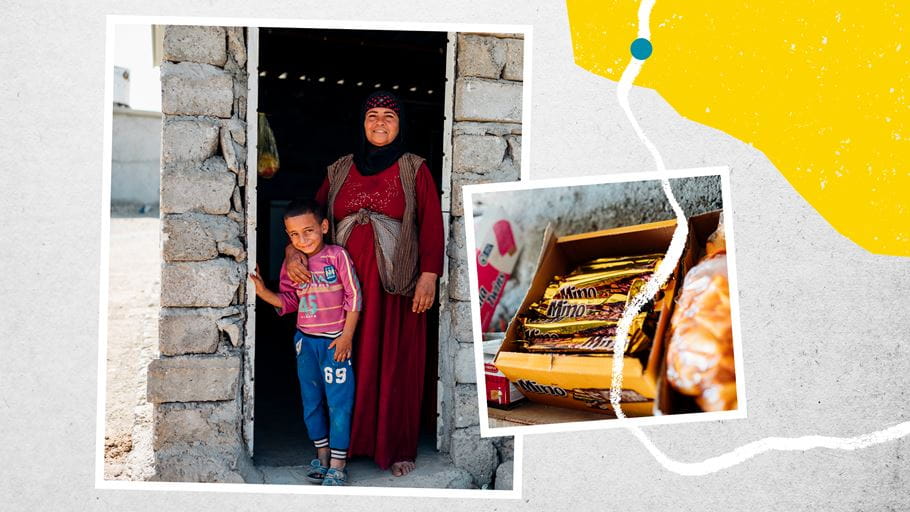 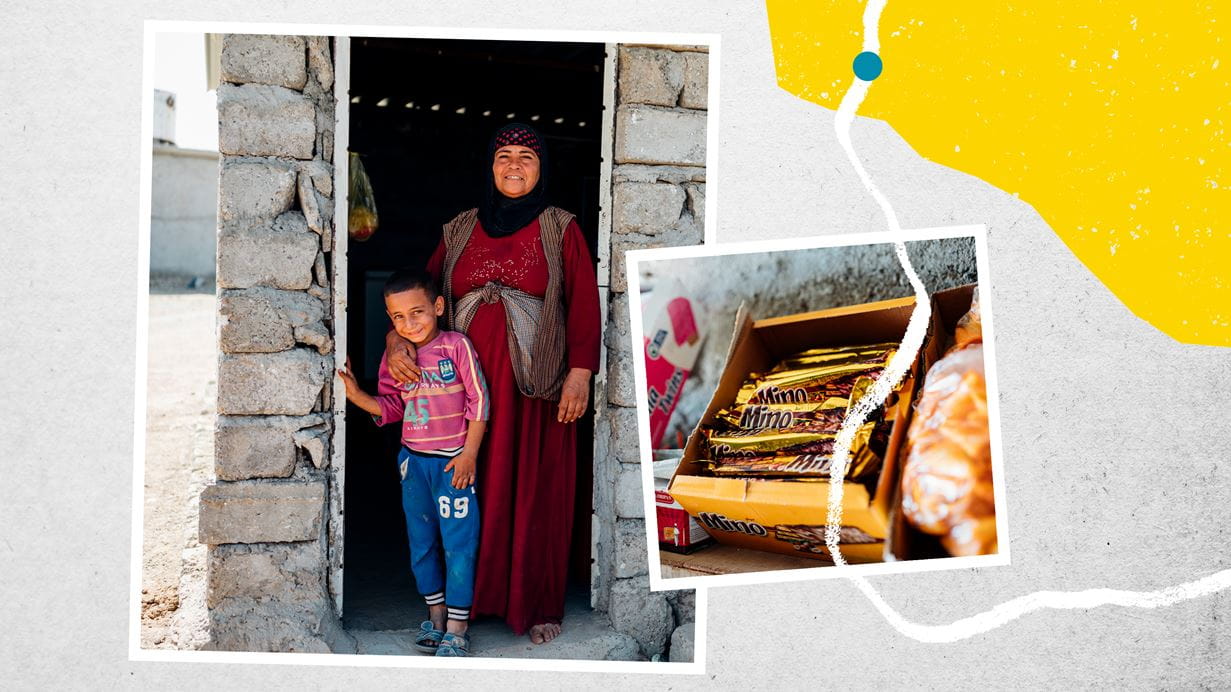 Fatima and her youngest son, the family lost everything when conflict came to their home village.

A Kurdish word that means you offer your help to someone

If no traffic for you

A way of saying, ‘If that’s not too much trouble’ 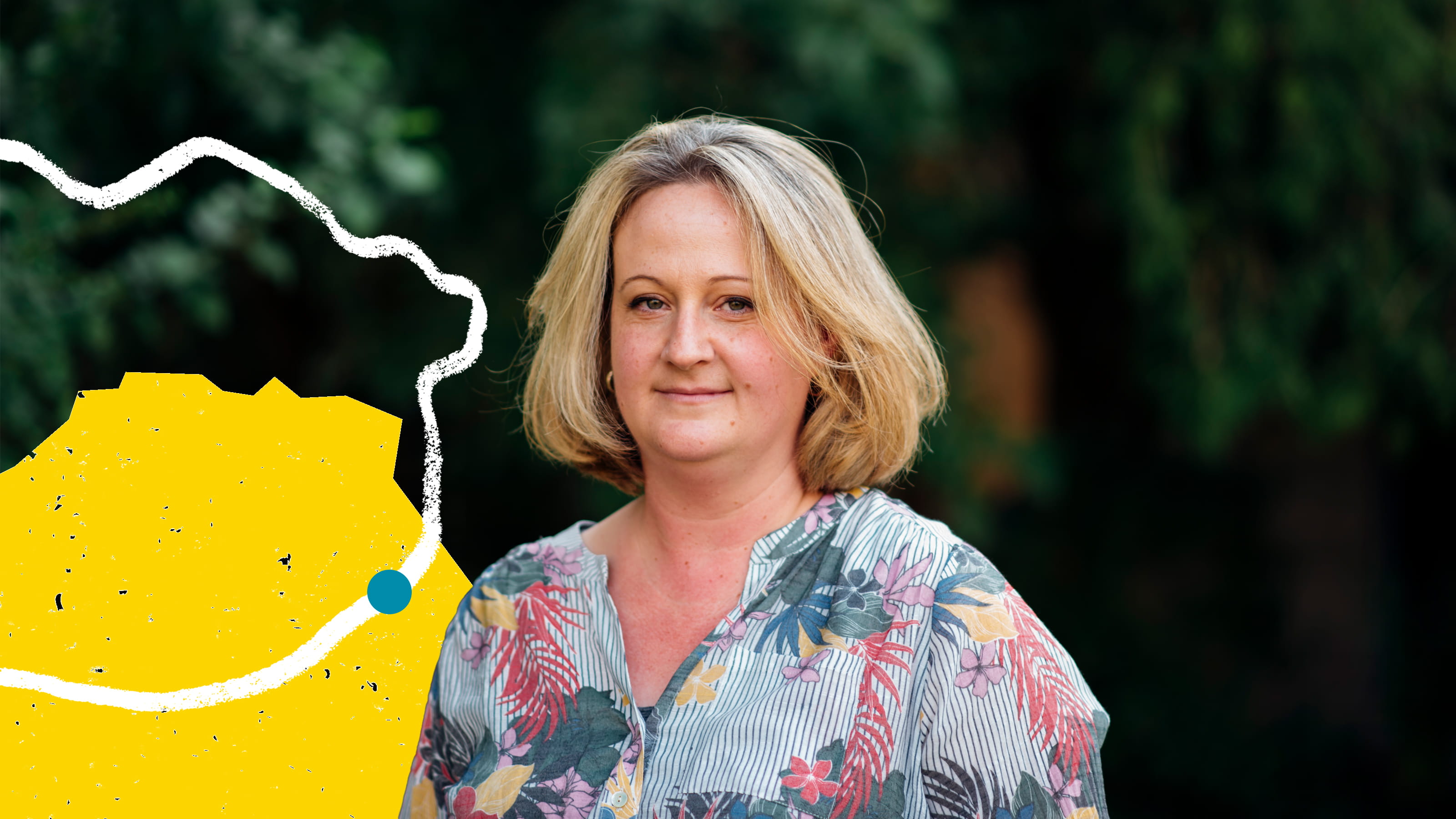 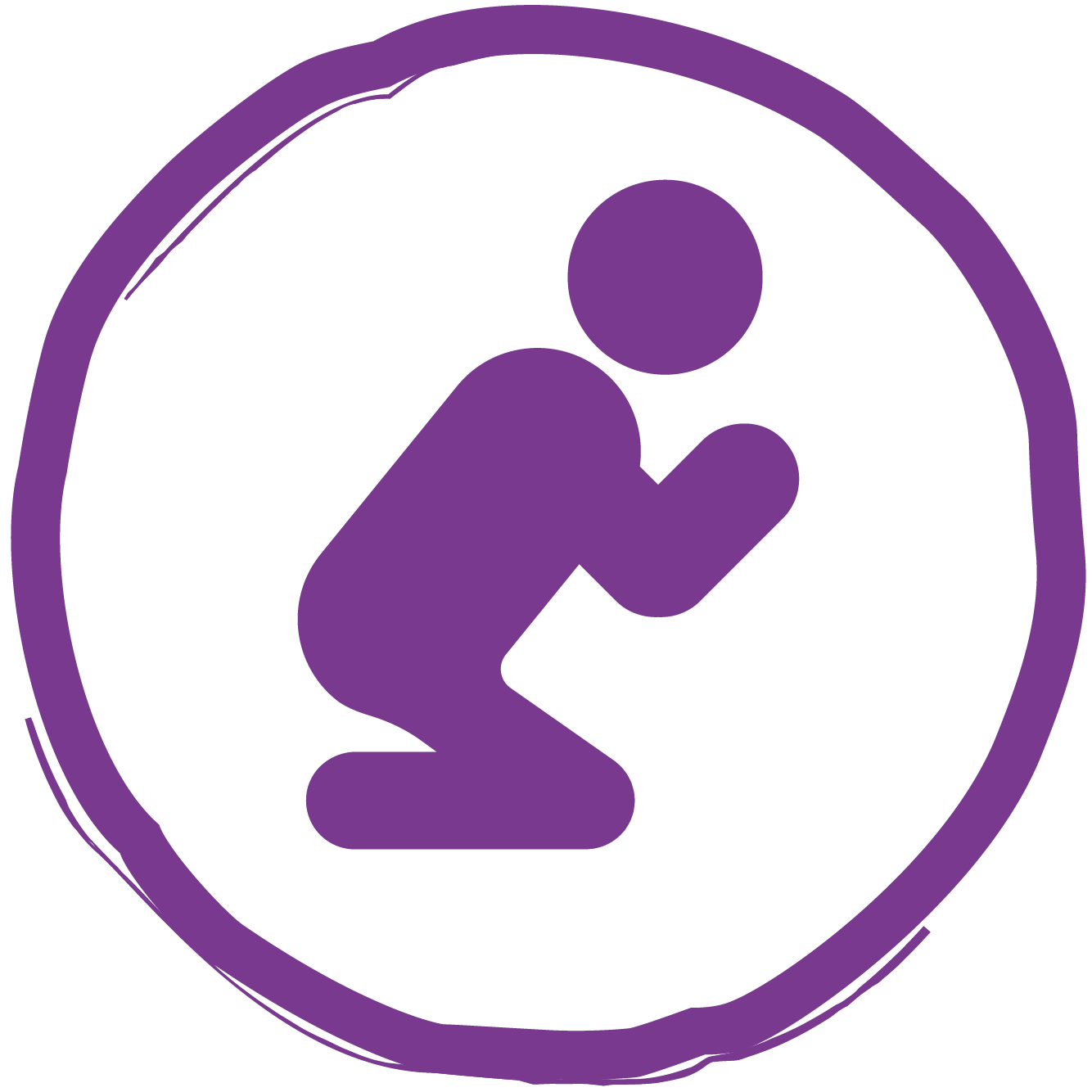 Strength in the hard days

Anita Malley, Tearfund’s former Country Director for Iraq, reveals how her faith got her through the difficult times.

‘There were hard days. But that’s when I would remember that, whatever challenges we face, God is so much bigger. What seems daunting to us isn’t daunting to God. I find deep strength from that, which gives me a determination to keep at it. Because of my faith, I could pray about the problems we were facing. We don’t have to solve them by ourselves, we can seek the Lord in prayer, trust in his promises and keep hopeful. That was so important when the days were hard. But it’s important to remember on the good days too.’ 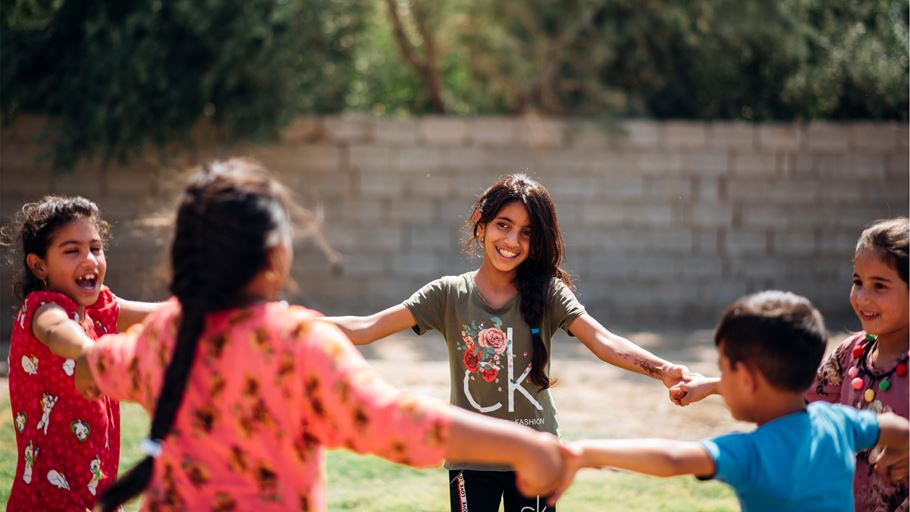 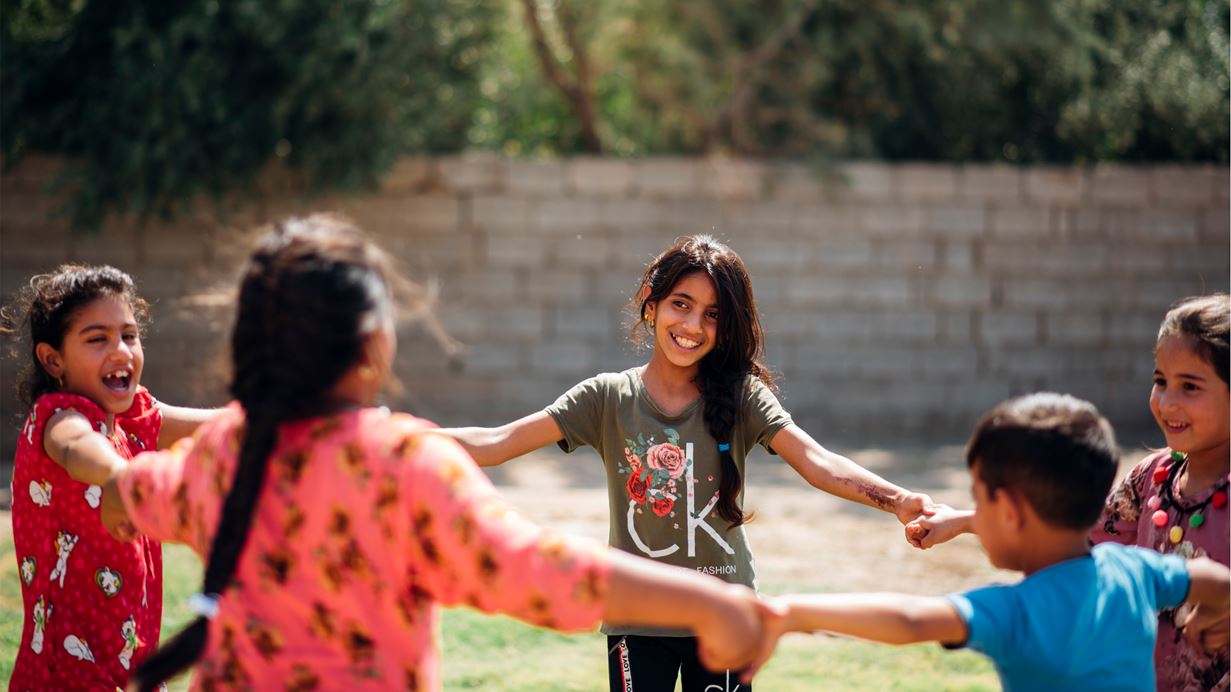 Having been in the headlines for so long because of conflict, it is important to remember that Iraq is a rich and diverse country with many cultures and people groups. ‘It's a beautiful country,’ says Fatima, who was able to rebuild her home and business thanks to a Tearfund loan. ‘The best thing in Iraq is our love for each other.’ Here’s a snapshot of some of this richness, beauty and determination that can be found in Iraq... 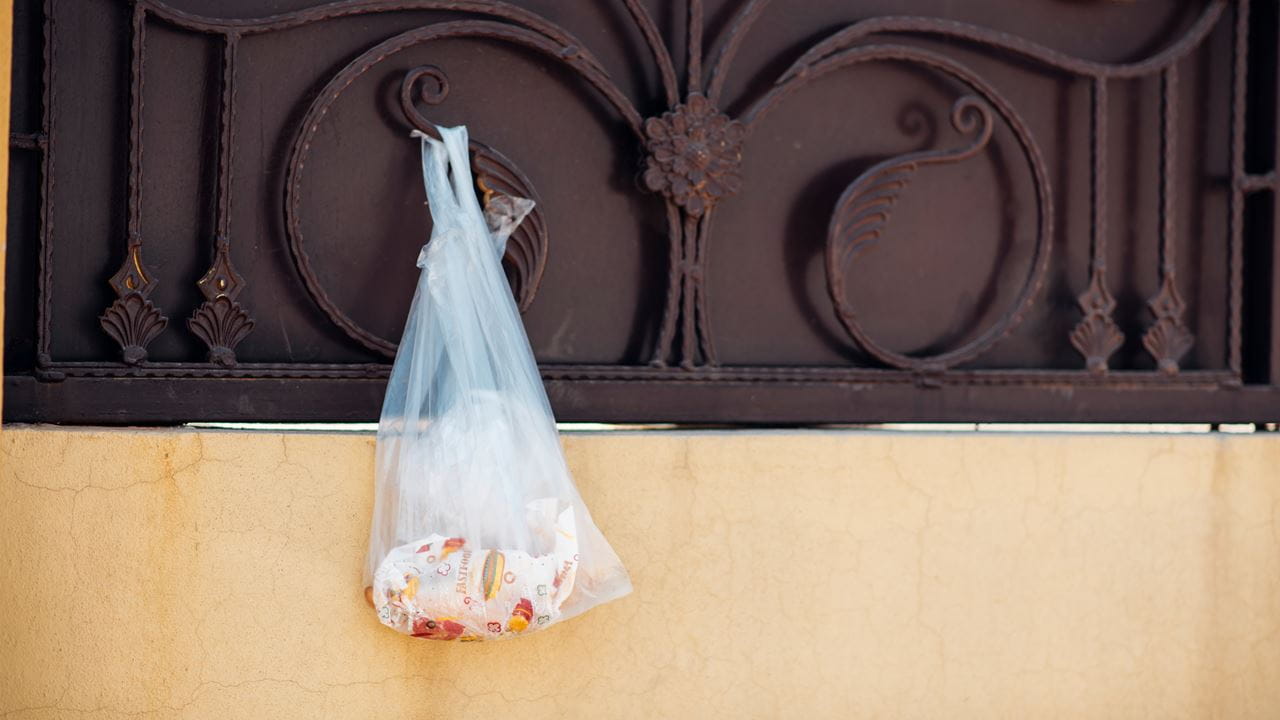 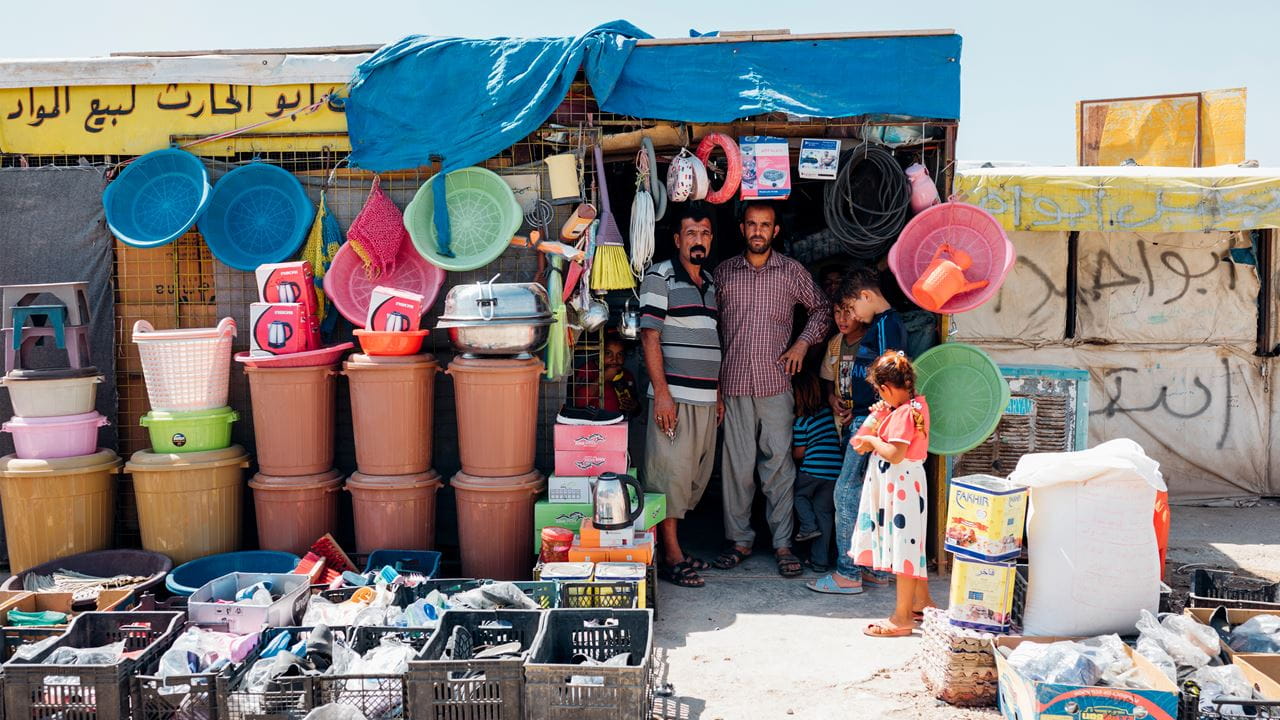 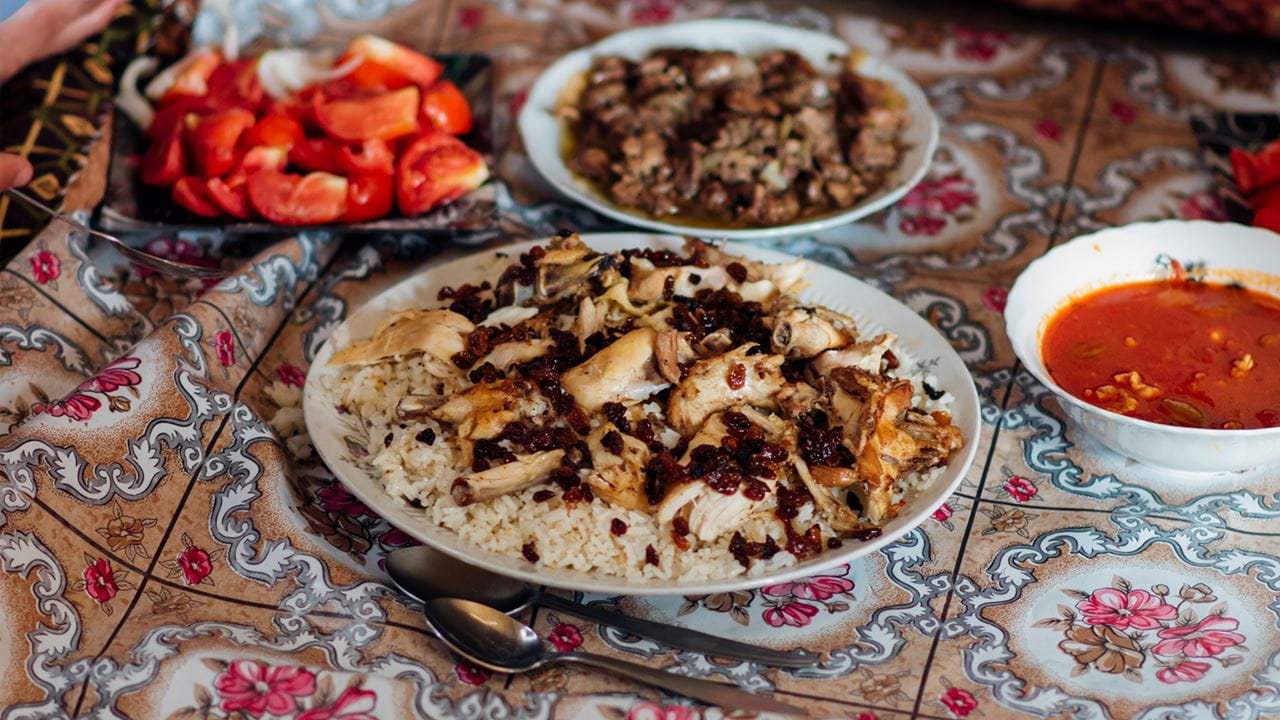 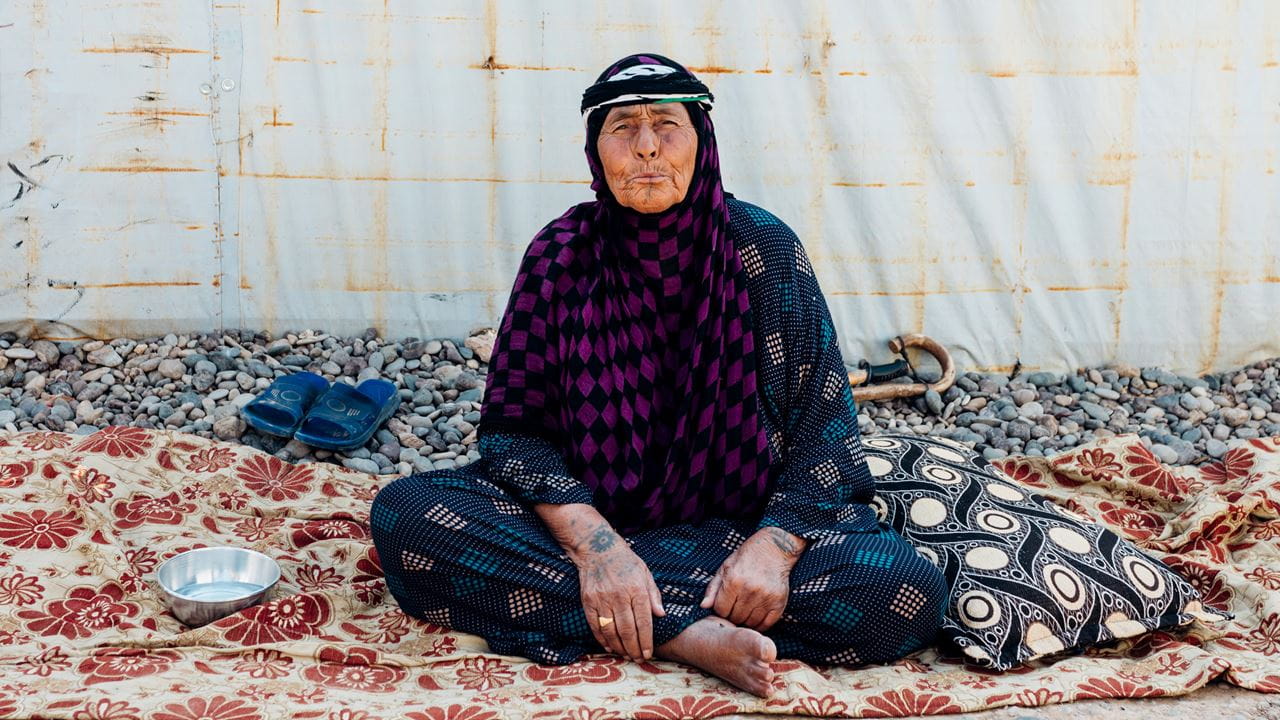 Iraqi people don’t like wasting food, so they leave leftover bread outside their homes for others to take

Despite great hardship, Iraqi people are determined to continue their lives and build a better future.

Hospitality is revered in Iraq and guests will always be provided with a good meal, as a matter of honour.

Zainab has traditional tattoos on her hands, to enhance her appearance, which people produce using local tools.

We hope you were inspired by your time in Iraq. Next time, we will take you somewhere just as special. We can’t wait to welcome you again...