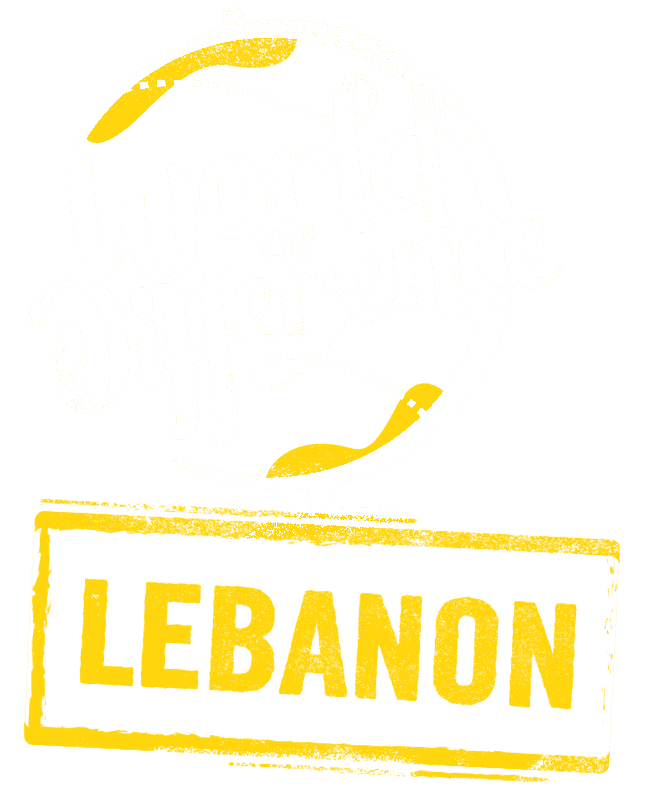 You've arrived in Lebanon, where a quarter of its population are refugees fleeing the conflict over the border in Syria – a country 18 times larger than Lebanon.

Come with us and see a World of Difference in the city of Beirut, where Tearfund's partners are offering a welcome home to refugees, while the country faces its own problems...

of the population are refugees from Syria

Transforming lives in Beirut and beyond

Tearfund has been working in Lebanon since early 2013, in response to the refugee crisis caused by the conflict in Syria. Peacebuilding is a key part of our work, but more recently we've been responding to the Covid-19 pandemic and the Beirut explosion.

Tearfund's partner supports the Tahaddi Education Center, situated in the heart of a refugee settlement, which is reaching out with love and care to provide a welcome to Syrian families.

Malak stands in her home where she lives with her mother, Sakeena | Credit: Ruth Towell/Tearfund

A family forced to seek refuge with good neighbours... Sakeena is a mother of three from Syria, but only her daughter lives with her now in their home in Beirut. The family had a peaceful home in Syria surrounded by flowers, fruit trees and Sakeena’s clothes shop.

"I remember a time where everybody was happy," says Sakeena. "We'd spend time with family and neighbours. We lived a comfortable, happy and calm life." All of this was destroyed in the conflict. "Even my daughter's toys," she says.

Life started to become unbearable as the conflict closed in. Sakeena hoped that kind people from neighbouring Lebanon would welcome them. But first they had to risk their lives to get there...

"I loved my home in Syria"

An armed group came and took over Sakeena's community. Two years of bombing and torment followed. Their house and the house next door were hit. "My daughter still wakes at night fearing the bombing," says Sakeena.

Eventually, their home was destroyed and the family ended up sleeping in nearby fields. They made a break for the border. "We ran past dead bodies and didn’t look back."

They paid a smuggler $500 – from money saved from her shop – and were taken and locked in a room. At 3am they were loaded on a vegetable truck with many other families.

The children were so frightened they just froze. Children of all ages were put in nappies so they could last the journey. The truck only stopped once to use the toilet and the passengers drank out of puddles.

When they arrived in Beirut, they joined a settlement of Syrian refugees. "I loved my home in Syria. But this is nothing like it," says Sakeena. It's just a room, a small toilet and a tiny kitchen.

Thankfully, Tearfund's partner – through the Tahaddi Centre – have been helping Sakeena and her daughter. Tahaddi's health center provides free medical care to hundreds of patients.

Tahaddi's social work team gives extra care and support for Syrian refugees, including trauma counselling, home visits and material assistance. By showing solidarity to families like Sakeena's, the centre staff are reaching out to the community with love and compassion.

How Christians can offer hope after conflict

Rami Kaskas, Tearfund's Syria Operational Support Manager believes it is crucial that Christians from Syria are part of peacebuilding and helping with the country's reconstruction.

For me it is important to work for a Christian organisation. I want to practise my faith, as a Christian Syrian and see how I can help people using those values. We are here to build peace and love among the Syrian community. Our strategy is about peace building, social cohesion and trauma support. Through Tearfund's values and faith, we can really deliver these to the Syrian people.

How football is promoting peace and forgiveness

Saif fled Syria because of the conflict, arriving in Lebanon with nothing. Despite being 12 years old, he had to work. A keen footballer, Saif joined Play for Peace, a Tearfund partner project. It welcomes children from all backgrounds, on and off the football pitch, to bring communities together.

"When I play football, it takes me out of this world," says Saif, now aged 18. "Without Play for Peace, I would still be facing the same problems. They taught me to control my emotions. If I return to Syria and become a football coach, I'll teach my players to live with peace."

Baquil, age 13, who rescued his baby sister after the Beirut blast, ending up in a coma as a result | Credit: Tearfund Partner

When the explosion hit, Baqil's first thought was his baby sister...

The explosion that hit Beirut last August was one of the largest non-nuclear blasts ever. Caused by improperly stored ammonium nitrate, it left more than 200 people dead, at least 6,500 injured and over 300,000 homeless.

Baqil, age 13, was on his balcony when he saw smoke rising from the nearby port. After the explosion, he ran inside and grabbed his two-year-old sister. He saved her life, but the blast broke six bones in Baqil's skull, leaving him in a coma. Friends from a Tearfund-supported youth centre helped to clear his home when he was released from hospital.

Everything stops for tea

Syrian refugees still pride themselves on their hospitality

The offering of tea has become a symbol of Arabic hospitality. Upon entering a home, you will always be provided with a brew. Arabic tea (شاي عربي /shay arabiyy) has been the beverage of choice for centuries across the Middle East.

Although Syrian refugees often arrived in Lebanon with nothing, they still uphold the tradition of giving their guests hot sweet tea, always from a pot on a tray with the beverage served in small glass cups.

We hope you enjoyed your time in Lebanon. Where will you be visiting next? Well, you'll just have to wait and see…

We hope you enjoyed your time in Lebanon. Very soon, another exciting stop awaits. See you there...