Our work in Iraq

Find out more about the work of Tearfund and our local partner organisations in Iraq. 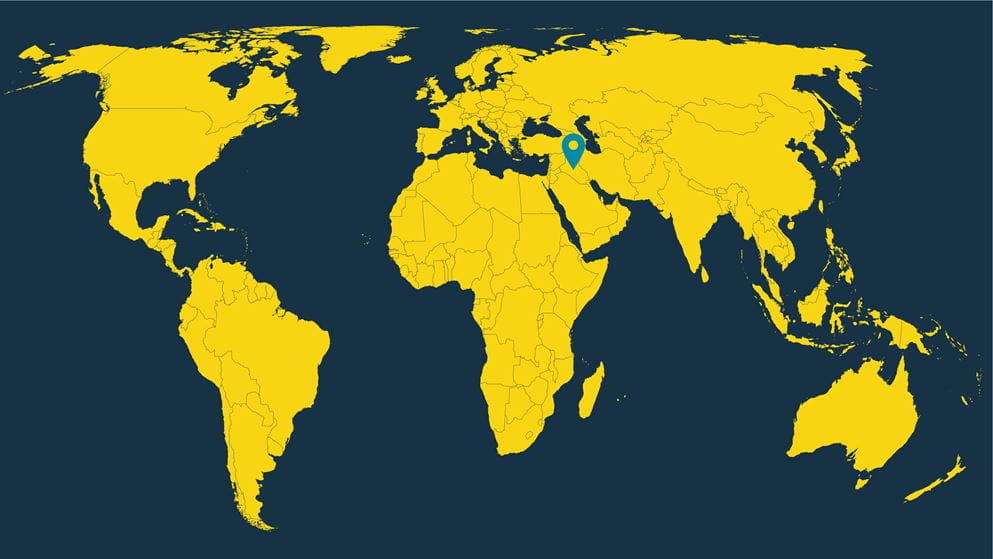 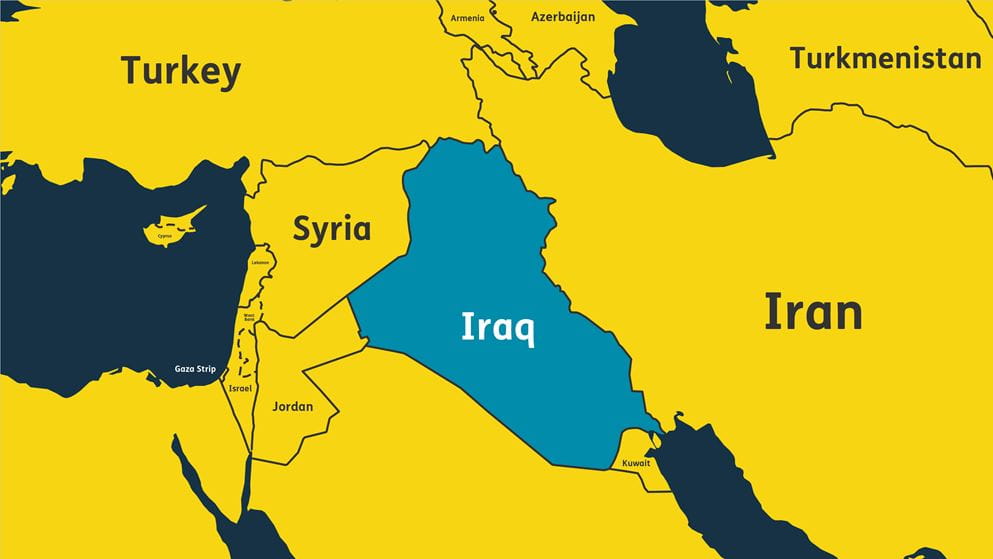 Iraq is a diverse nation in the heart of the Middle East.

Slide 2 of 3 : 10,387+ people received psychological and social support to recover from traumatic experiences.

Slide 3 of 3 : 291,961+ people benefitted from access to a safe water supply, as well as critical sanitation and hygiene services.

Iraq has suffered decades of conflict and instability. As a result, basic services including health care, education, water and sanitation, and legal services, are often inadequate.

Millions of Iraqis have been forced to flee their homes due to violence following the Islamic State (IS) taking control over almost two thirds of the country. Currently, more than one million people still live in temporary accommodation.

The economy – which is almost fully reliant on oil exports – remains unstable. The youth unemployment rate has continued to increase, causing a shift in cultural expectations and increased inequality, especially for women.

Climate change is affecting Iraq, like other countries in the region, in significant ways. It is predicted to cause extreme heat to spread across the region for longer periods of time, making some areas unlivable and unfarmable. Increased water scarcity and rising temperatures will increase food insecurity and droughts.

Tearfund first worked in Iraq following the Gulf War in 1991. Throughout both Gulf wars, Tearfund was engaged in supporting local partners in the Kurdistan Region of Iraq.

Since the start of the conflict in summer 2014, Tearfund has been responding to meet the physical and psychological needs of those affected.

As the situation has evolved, so has our work. Our focus is on providing economic opportunities for young people and women, advocacy and peacebuilding, providing emotional and practical support, and empowering women to participate in the public sphere. We do this by working with local partner organisations, including local churches, to bring hope and transformation.

Sustainable change cannot be achieved without local ownership and expertise. We believe that we are stronger when we work alongside local organisations to bring about long-term change.

We have played an active role in bringing local organisations together to solve common problems and share knowledge. Tearfund’s partnership approach ensures that projects are implemented in line with humanitarian and development best practices. 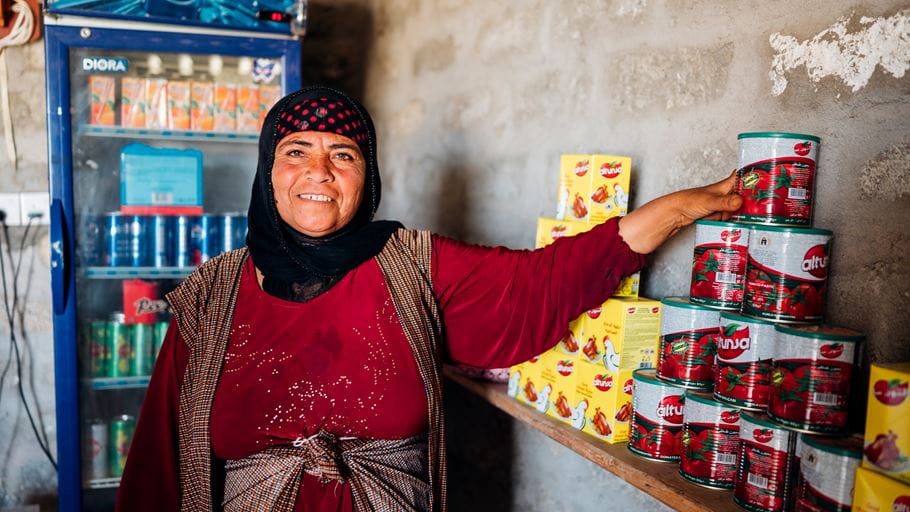 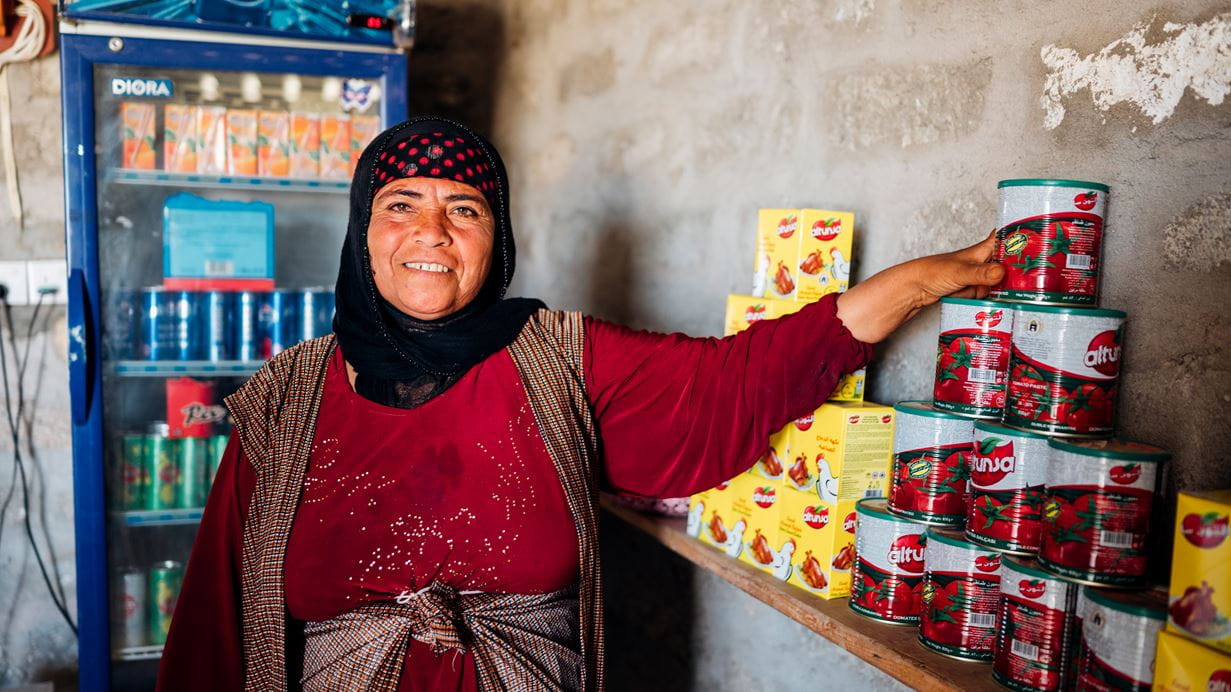 Fatima stands inside the shop she owns in Iraq. Credit: Ruth Towell/Tearfund

Tearfund and our local partners continue to coordinate our programming by working closely with government departments, local leaders, and other agencies.

Tearfund’s local partners in Iraq include:

Tearfund’s work in Iraq has been funded by a number of institutional donors:

The German Government has supported Tearfund's peacebuilding programme in diverse communities in Eastern Ninewa Plains. This involved training and empowering local organisations and women to engage with their communities and collaboratively identify and address the root causes of conflict.

The British Embassy in Iraq is currently funding a programme to educate young people on diversity of religion and belief through increased representation of religious minority groups within the high school curriculum in the Kurdistan region of Iraq.

The Joint Intervention for Strategic Religious Action (JISRA) in Iraq is a consortium of international NGOs. Funded by the Dutch Government, the consortium aims to promote freedom of religion and belief and an inclusive, tolerant and flourishing society. This involves engaging with religious leaders and young people from different religious and socio-economic backgrounds.