People fearing for their lives in the Central African Republic (CAR) are turning to the church for safety, reconciliation and forgiveness.

The country, which shares borders with Chad, DRC and South Sudan, has been torn apart by decades of conflict which has seen thousands killed. With violence flaring once again in June, a further 100,000 people have been forced to leave their homes.

Christian aid and development agency Tearfund works through church partners in the country, with a base in the capital, Bangui.

Daniel Zuma, deacon of an evangelical church in Pissa, Lobaye district, described the church’s vital role in tackling the effects of the conflict.

He said: “The church can be a peace actor, show love and unity.”

Mr Zuma was himself caught up in violence on a visit to the local mayor’s office, when shooting broke out. He told Tearfund how a Muslim person saved him by speaking to the shooter in Arabic.

In the wake of the event, he said the church preached forgiveness.

The main thing we did was to make sure all the churches preached to believers not to seek revenge or confront these people,” he said.

He added: “We went out and asked believers to comfort those who had lost people, and to reconcile with Muslims, not to seek revenge.

On the cross the first word Jesus said was ' forgive' - 'forgive them for they know not what they do' so I want people here to forgive each other, this is the most important.”

Bangui-based pastor Daniel Aniwe told Tearfund how the church is working to provide for those impacted by the brutal conflict and how church buildings are being used as shelters.

He said: “It’s frightening. People may stay in the church until they are sure all is now well in their village. Those whose houses were burned need shelter. Other needs include food, water, medicines and clothing, specifically for children and women. We hope to see peace and security restored as soon as possible.”

Approximately 80% of the CAR population is believed to be Christian, with 15% identified as Muslim. Violent factions previously understood to be divided down religious lines are in reality more complex, with other factors leading to the formation of new alliances and further fighting.

Tearfund is continuing to work in CAR – one of the poorest countries in the world.

The charity helps people meet basic needs by improving access to clean water in the camps set up for displaced people. It is providing food, seeds and tools so those who have fled and lost everything can start to rebuild their lives. It also supports women who have been affected by the conflict with basic literacy and numeracy skills, as well as to learn vocational and business skills, and it offers counselling and support to the many women who have survived sexual and gender based violence.

Tearfund, with the help of UK Aid Match, is launching a fundraising campaign to help the people of CAR, a country requiring urgent humanitarian assistance - with 2.3 million people, almost half the population, in great need. The UK government has pledged to match pound for pound every donation made by the public as part of its Aid Match programme, to help Tearfund transform people's lives in CAR. 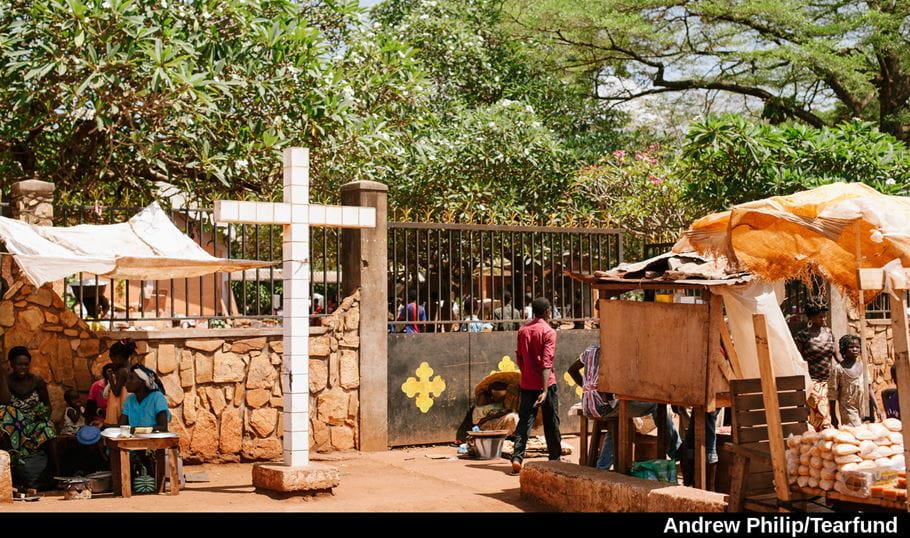 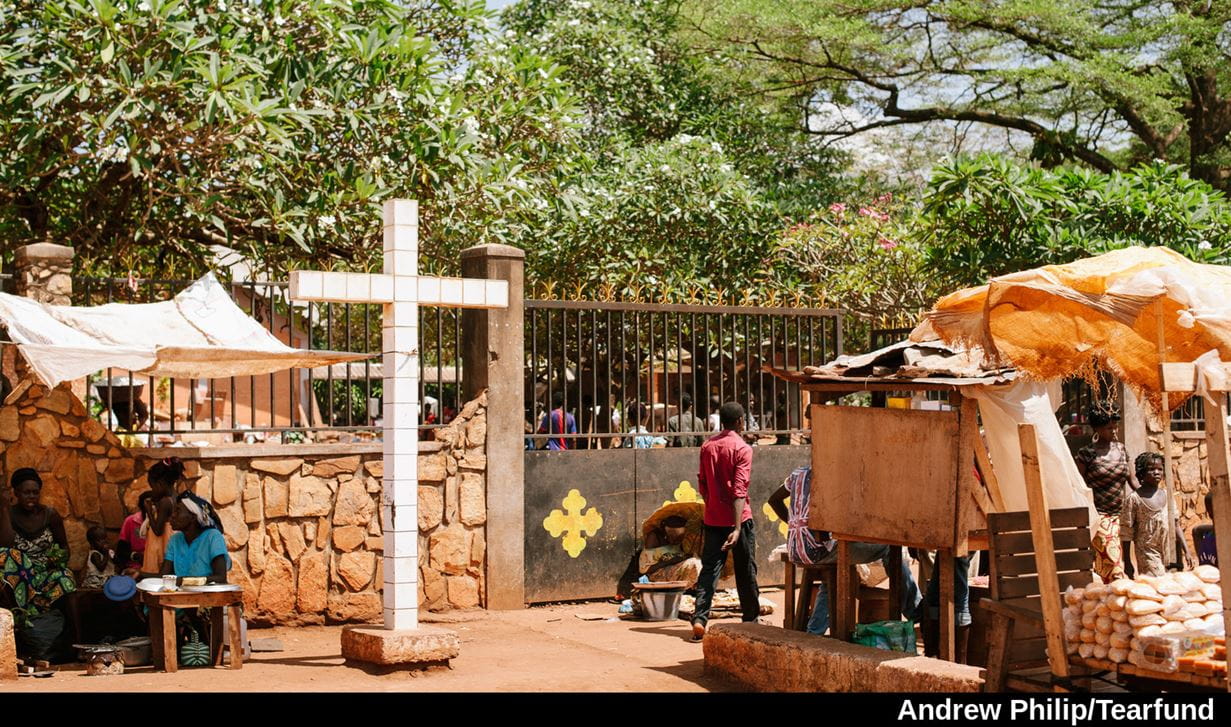 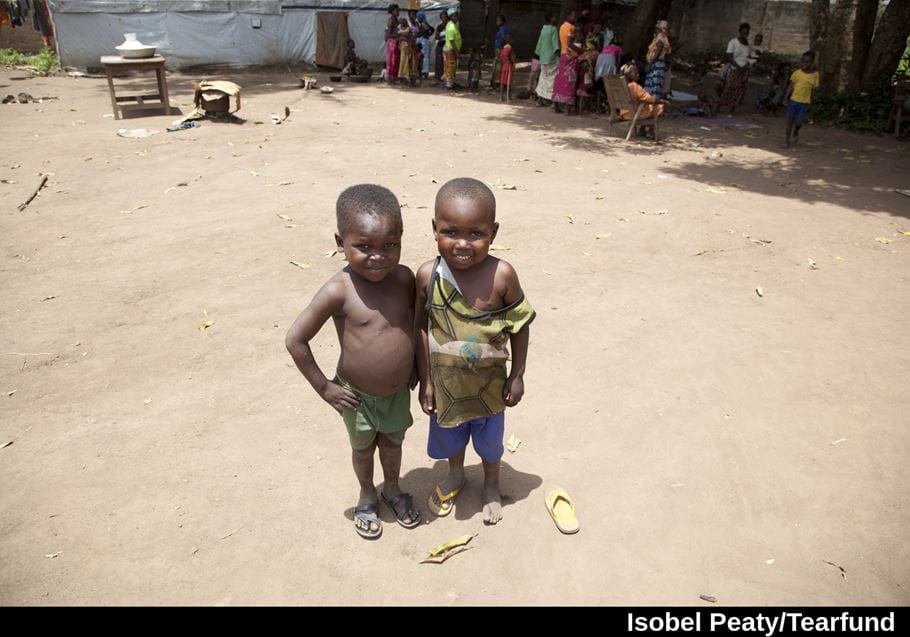 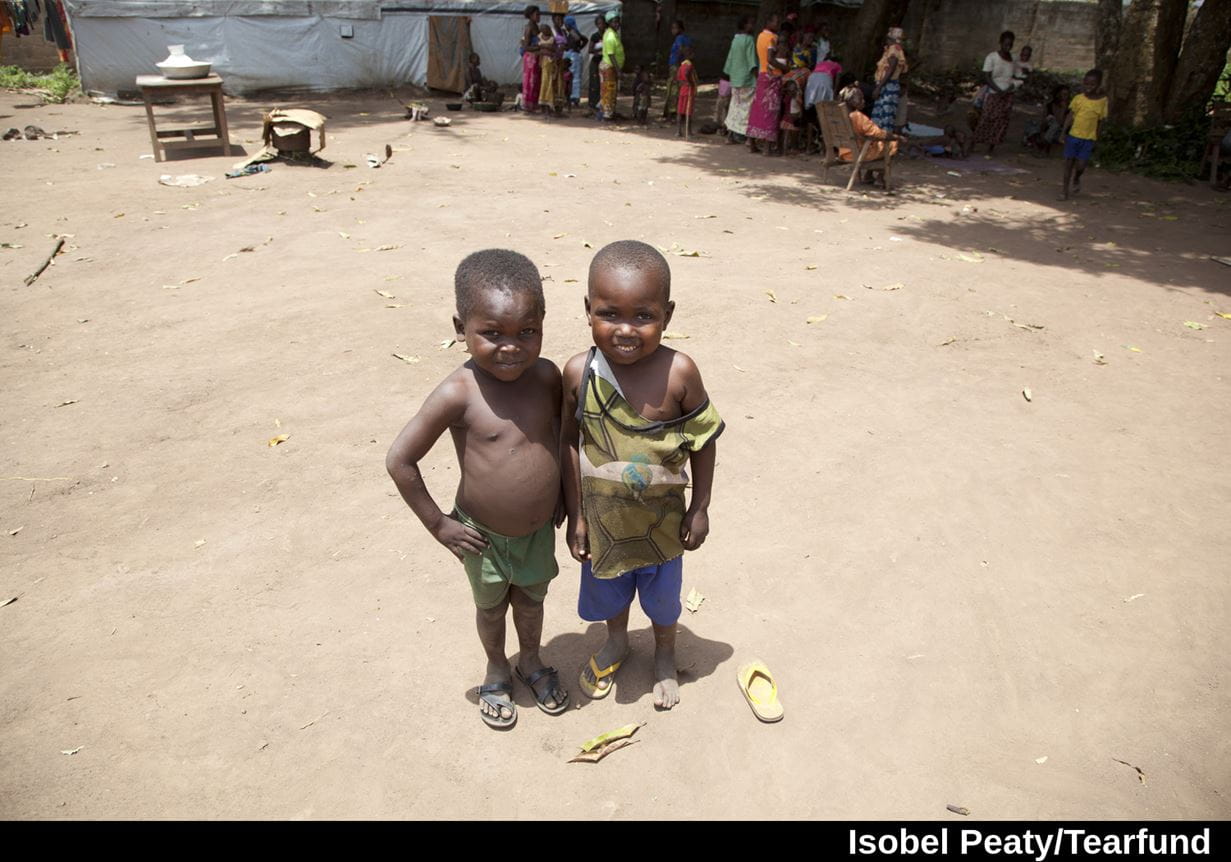