International Christian relief and development agencies, Tearfund, and its sister agency Tearfund Belgium, have protected 40,000 people waterborne diseases in the Democratic Republic of Congo, as the country suffers the world's worst displacement crisis. Alongside immediate food needs, DRC is currently in the grip of its most deadly cholera outbreak in 25 years and the UN is calling for urgent funding as the situation deteriorates.

13 million people in the DRC are in need of immediate humanitarian aid, with violence escalating across the country. Adding to this worrying picture, 46% of the population do not have access to safe water and more than 45,000 people have been infected with cholera, with nearly 1000 dying from the disease.

Tearfund has been working in DRC since 1986, and is currently serving 560,000 people, bringing safe water to remote areas through drilling boreholes and educating communities on hygiene and sanitation to prevent the spread of deadly disease. The organisation has also offered farming skills training to help communities grow their own food and become more resilient.

Under Secretary General for Humanitarian Affairs and Emergency Relief Sir Mark Lowcock said: 'There is despair, but there is also hope. The people of the DRC are resilient and resourceful [...] Underfunding is the single largest impediment to the humanitarian response in the DRC. This year, our appeal requires US$1.7 billion, nearly four times what we secured last year [...] I ask Council Members today to ensure that the humanitarian situation in the DRC is on the agenda of your Governments.'

One of the areas Tearfund operates in is South Kivu, which has been an epicentre of the crisis. Life in South Kivu is difficult. Militia groups fight for control of land, power and resources, and local communities live with the constant threat of violence. Mass displacement and insufficient infrastructure has left Kalehe, a territory in South Kivu, incredibly vulnerable to waterborne disease.

The local community has been forced to fetch water from dirty, unprotected sources and statistics revealed by a Tearfund survey revealed that 74% of households lacked access to hygienic latrines, so disease spreads quickly.

With funding from the Belgian Government, through the Federal Public Service Foreign Affairs - Directorate General for Development Cooperation (DGD), Tearfund and Tearfund Belgium have brought safe water to nearly 40,000 people in the Kalehe, using gravity-fed water systems and boreholes.

As a result of Tearfund's intervention, the community has been able to rehabilitate and construct latrines in over 5000 houses and raised awareness on hygiene and sexual and gender-based violence through local training. The formation of water user committees has become a critical part of the programme work, and the organisation has trained local people in each community to operate and maintain the new water system.

Sifa Zawadi, aged 37, a mother of 5 children, lives in Kalehe on the edge of Lake Kivu. Diarrhea, cholera and bacterial infections plagued Sifa's community and her neighbours spent most of their resources on paying unaffordable hospital bills, due to the lack of clean water from the nearby lake.

Tearfund installed taps with clean water in the village and promoted good hygiene practices including hand washing, to prevent the spread of disease.

Sifa says, 'Water has affected every part of our lives. Hundreds of people were sick everyday, most of them from unclean water. Children who were fetching water would drown in the lake because it was so dangerous. No one even dares to wash their clothes with it now, we use water from the taps built by Tearfund. Now people are thriving! We thank God. Tearfund taught us about good hygiene, and the rate of malaria has also decreased because people are cleaning their compounds. Even my three year old child tells me not to give him food before washing his hands so that he doesn't contract diaorrhea! We continue to pray for our neighbours who don't have water and give thanks that life is getting better.'

David McAllister, country director for Tearfund's programme in the DRC said 'We are hugely grateful to the Belgian government and all our supporters for helping us bring clean water and good hygiene practices to this area of the DRC. The situation in the country remains serious, and there are millions of people right across the country living in desperate conditions, with no sustainable income, living with the threat of violence, and driven far away from their homes and communities. We will continue to help them in every way we can. Please continue to support us and pray for peace and a happier future for DRC.' 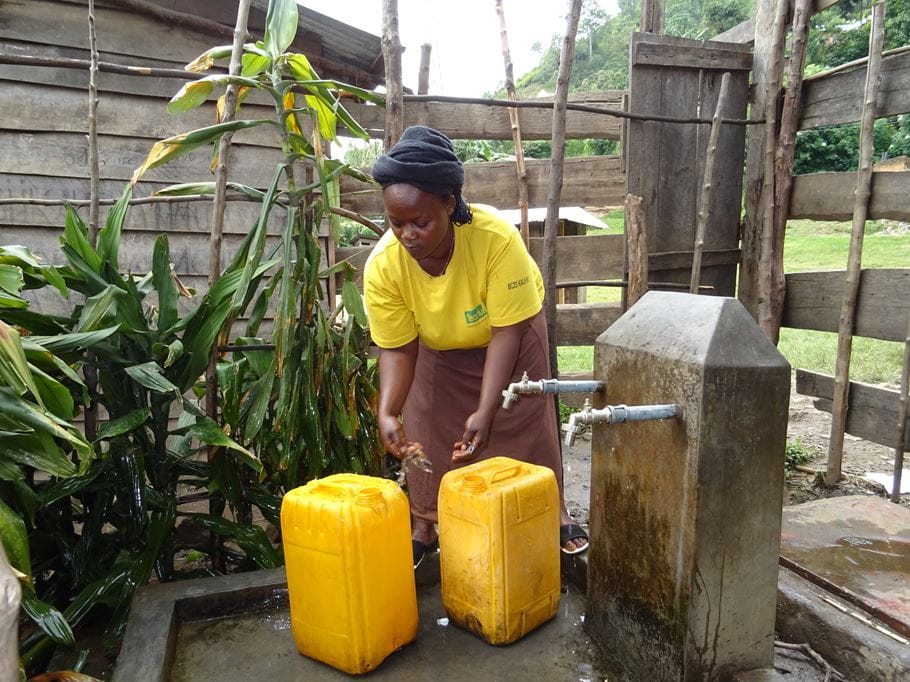 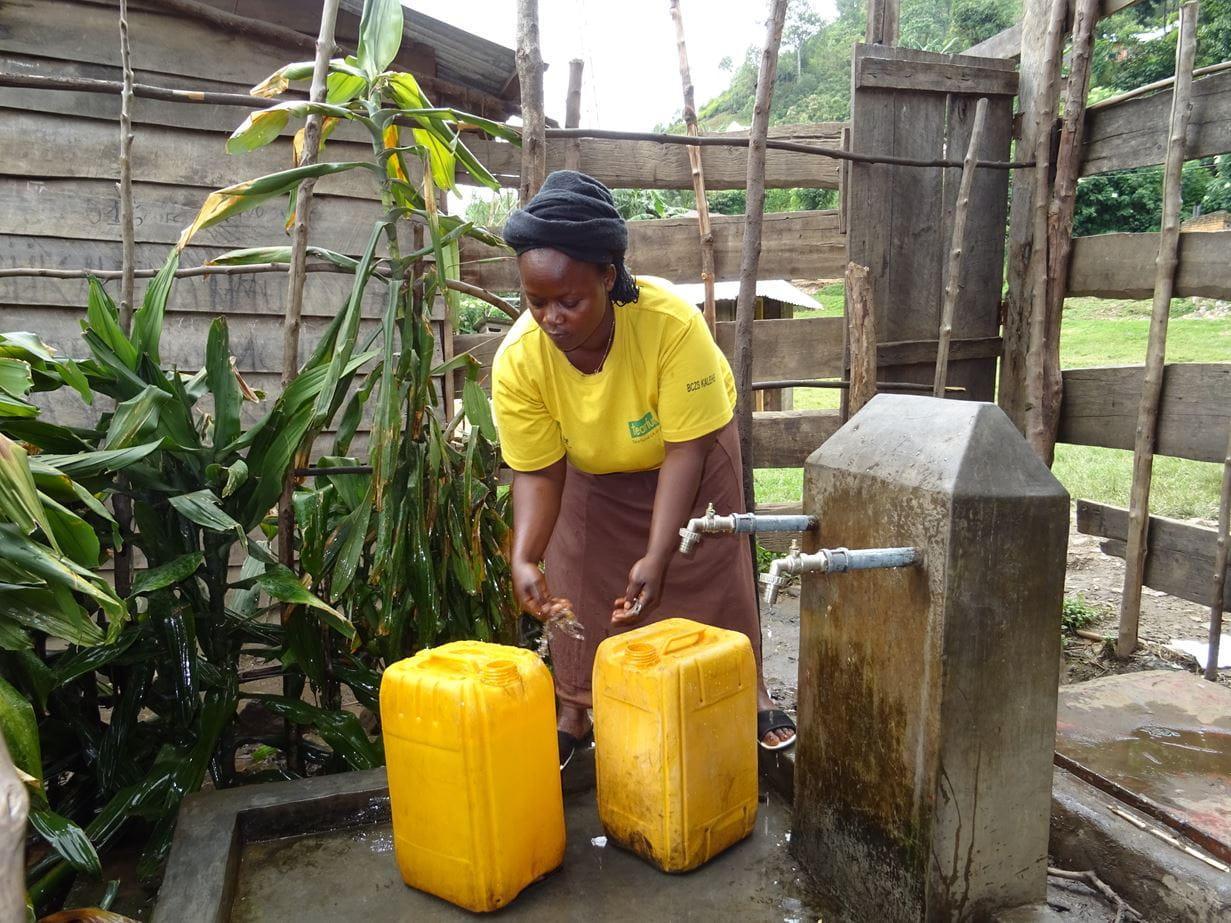 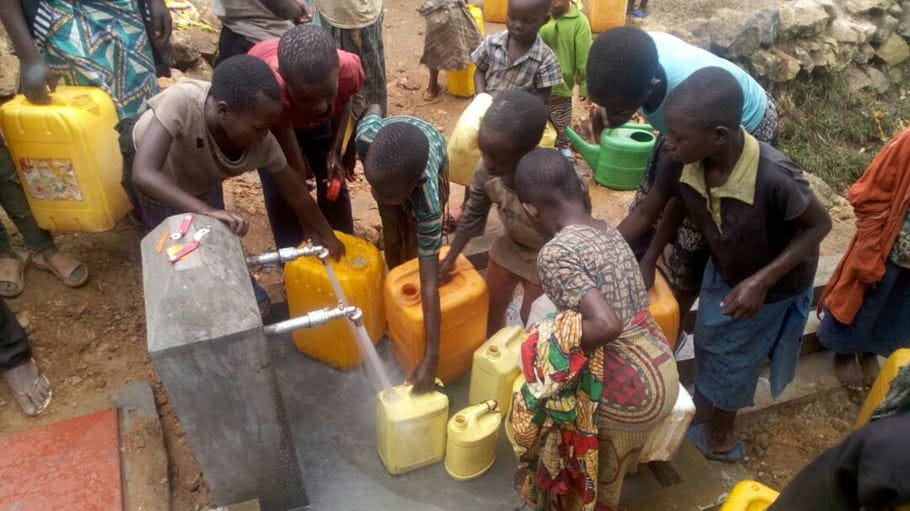 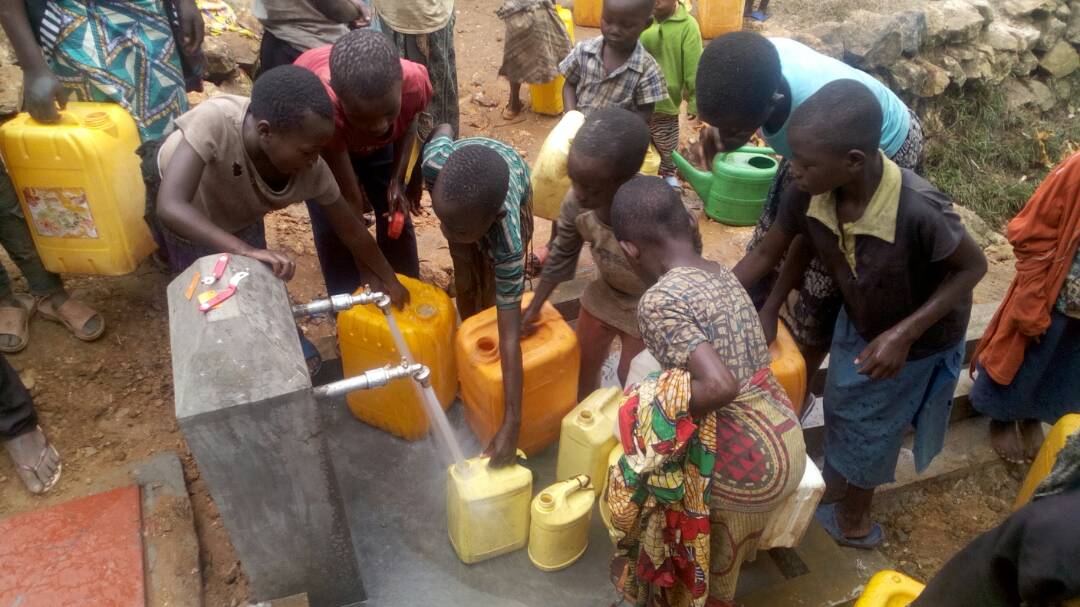 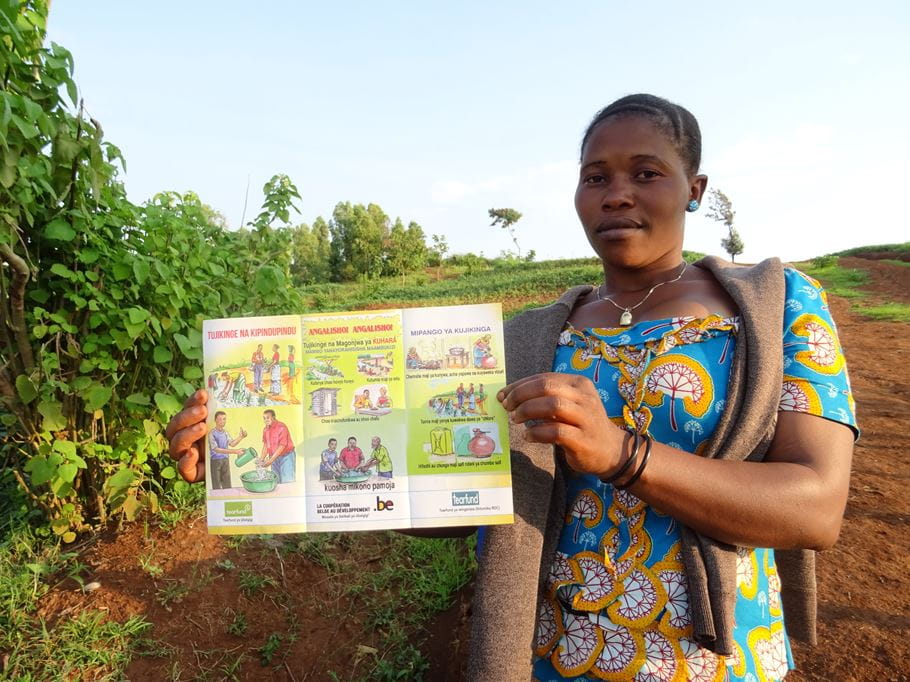 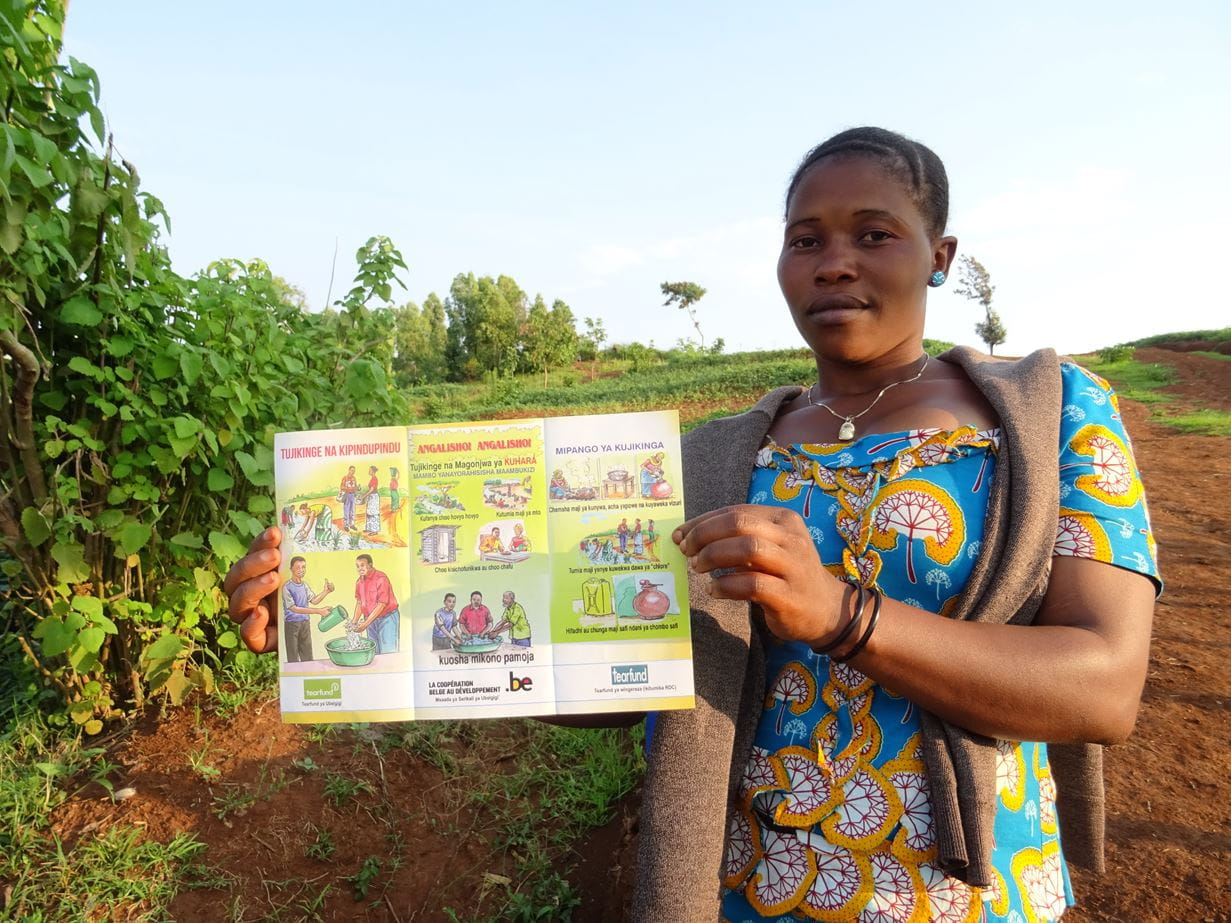