When all that glitters is not gold

As a kid growing up in a small village in Laos, Noy heard plenty of stories about the attractions of Thailand.

As a kid growing up in a small village in Laos, Noy heard plenty of stories about the attractions of Thailand.

Most of them centred on glamorous jobs that were well paid and just waiting for girls like her, so when Noy became 16, she decided to make the short trip across the border.

Poverty played a big part in pushing her to leave home. Noy’s parents could only afford to pay for her education up to primary school, so her options for supporting herself and her family were limited.

When Noy arrived in Thailand, she discovered that to some extent the stories she had heard were true. There were jobs and Noy found one – working in a factory making cookies outside Bangkok.

But there was nothing sweet about this unglamorous position. Noy found herself working 16 hours a day under the scrutiny of a demanding boss.

‘The work was very hard for me and I was always so tired,’ said Noy, who looks back on her year in Thailand as the most challenging 12 months of her young life.

Noy was fortunate. She managed to leave her employers and also to evade the attentions of people traffickers who prey on girls like her.

But when she made it home to her village, relief was tempered with worry about how she would survive financially. It was then she heard about an opportunity being offered by Tearfund partner World Concern.

It runs job skills courses for young people in Noy’s community, covering subjects such as baking, motorcycle repairs (bikes are endemic in this part of the world), hair-cutting and sewing. 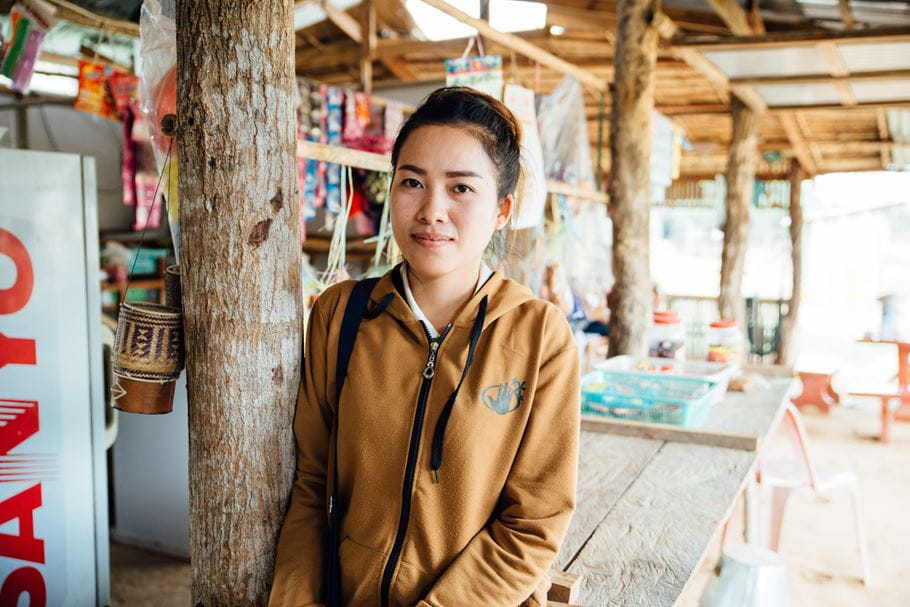 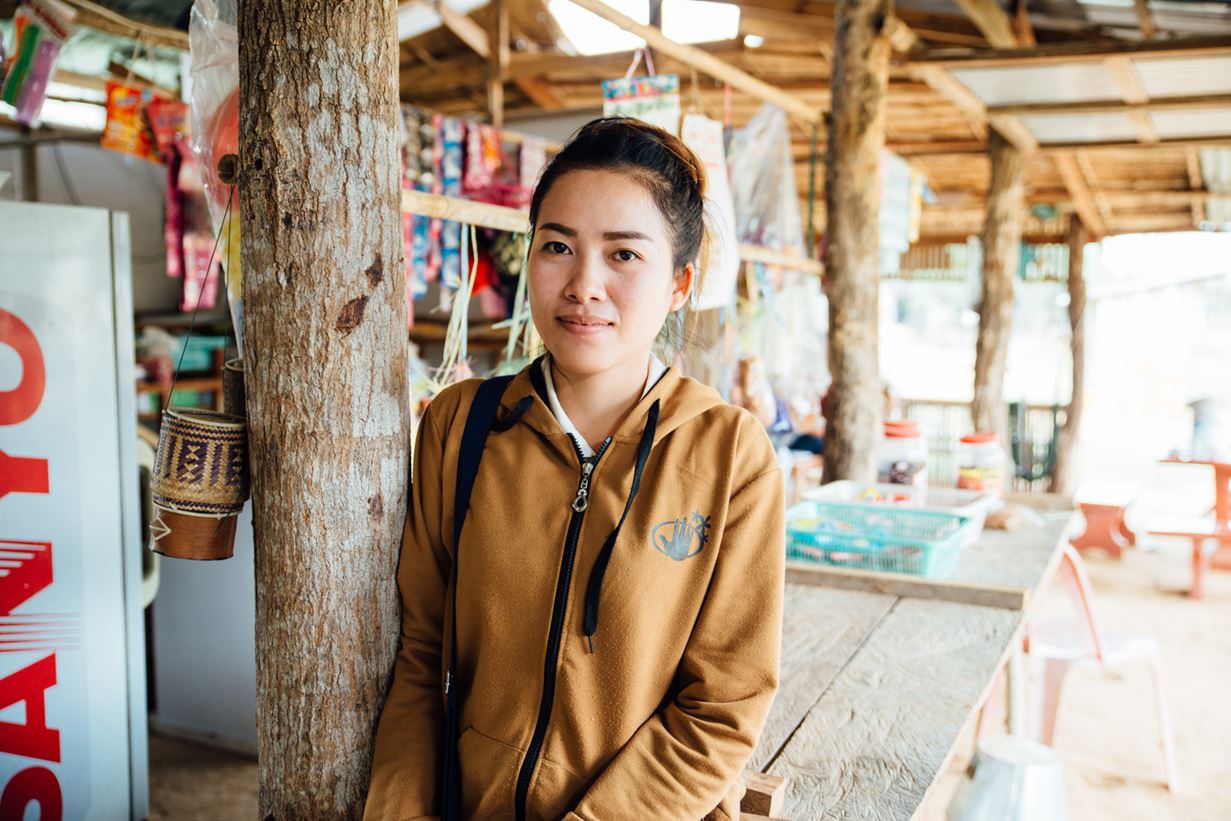 Noy describes her year working in Thailand as the hardest 12 months of her life. Photo: Taylor Jashinsky/World Concern

Recognising that no one else in her village offered professional sewing services, Noy joined a two-week intensive tailoring course.

Today, Noy is kept busy behind her sewing machine in the comfort of her own home, where she can earn up to US$20/week, more than enough to support her and her family.

‘It is so much better for me to work here,’ said Noy. ‘I’m my own boss and I can earn more money doing something I enjoy.’

And now she better understands the dangers posed by traffickers who operate close to the Thai border, as World Concern runs awareness raising meetings for young people like her.

Noy knows her experience in Thailand could have ended in disaster, and now she’s a powerful advocate to other young women in her village who’re thinking about crossing the border to find work: ‘I would never go back to work in Thailand,’ said Noy. ‘And I will always tell others that they can get a good job here at home through the job skills training.’ 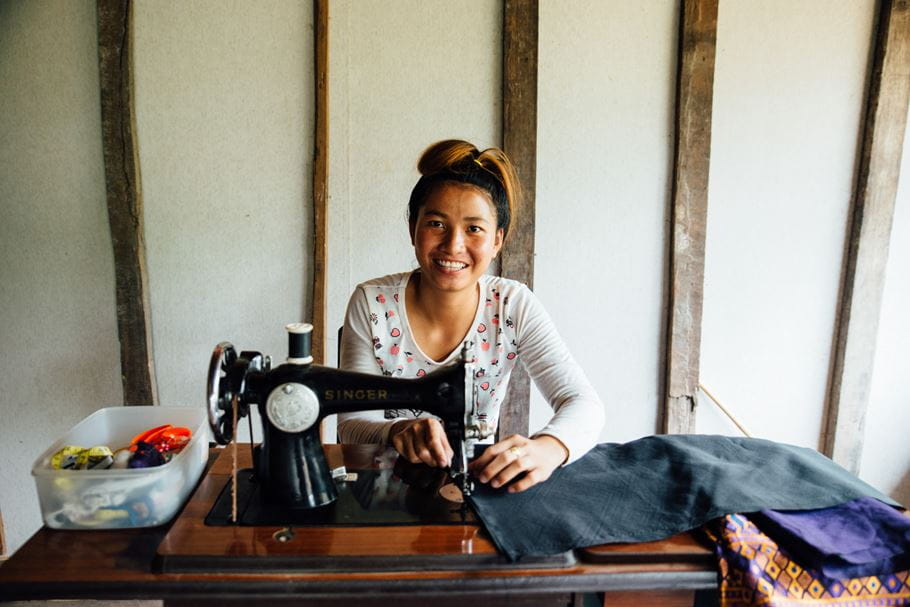 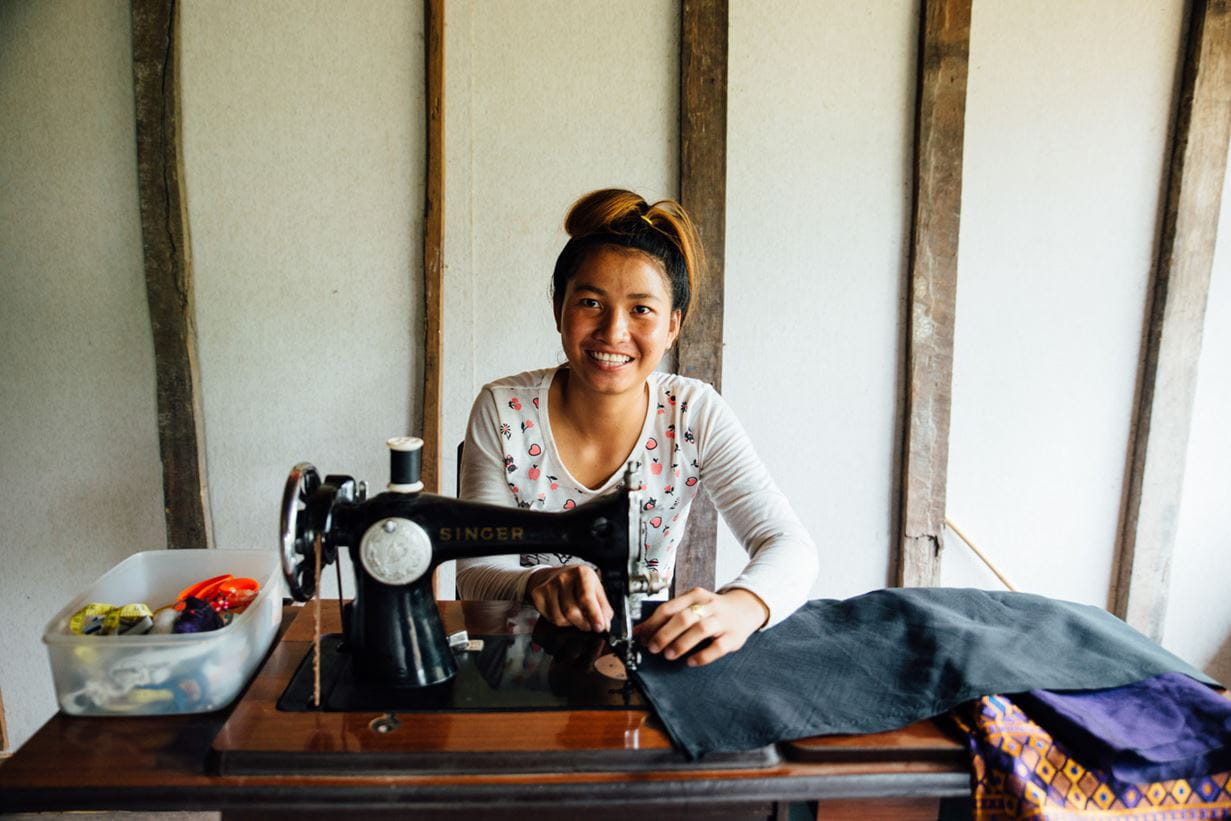 Thank you for helping ensure young people like Noy have a future safe from traffickers.

Your support for our No Child Taken campaign has been crucial as we've sought to raise awareness and support for the world's most vulnerable children, to protect them from the dangers of trafficking, disease and disaster.

You have been incredible – praying, donating and campaigning beyond our wildest dreams. As a result, by April 2016, we will have been able to help protect more than 100,000 vulnerable children! Thank you for being part of this powerful and ongoing work.