Tej Lal Shrestha is a man in demand in Nepal. On the day a Tearfund team visits him at Chapdanda village in Dhading district, five farmers are waiting to talk to the 28-year-old.

Tej Lal Shrestha is a man in demand in Nepal.

On the day a Tearfund team visits him at Chapdanda village in Dhading district, five farmers are waiting to talk to the 28-year-old.

They want him to come and cultivate their fields with this rotavator, known locally as a mini-tilling machine, which he received from Tearfund partner United Mission to Nepal (UMN).

Where oxen can take a day to plough a field for planting vegetables, rice, and cereal crops, the mini-tiller can do the job in under an hour. Little wonder the machine is providing a good income for the father-of-three after last year’s earthquake left him facing economic hard times. 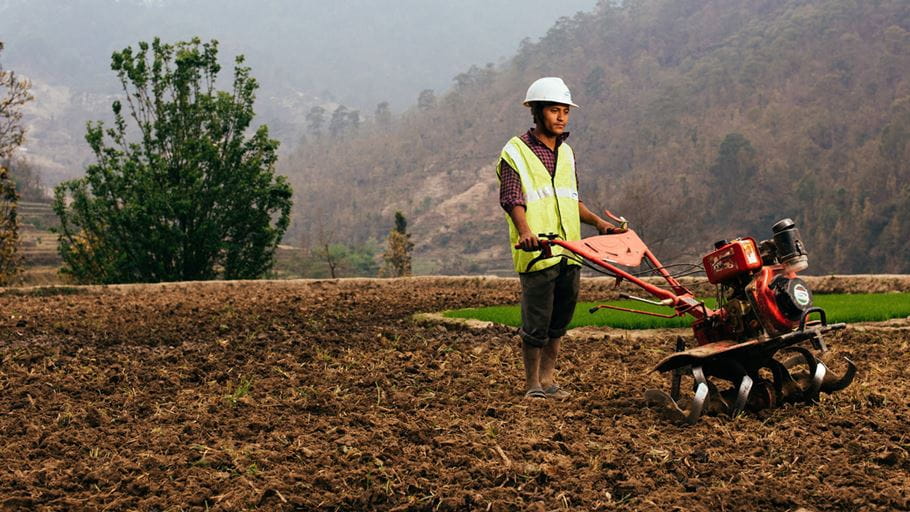 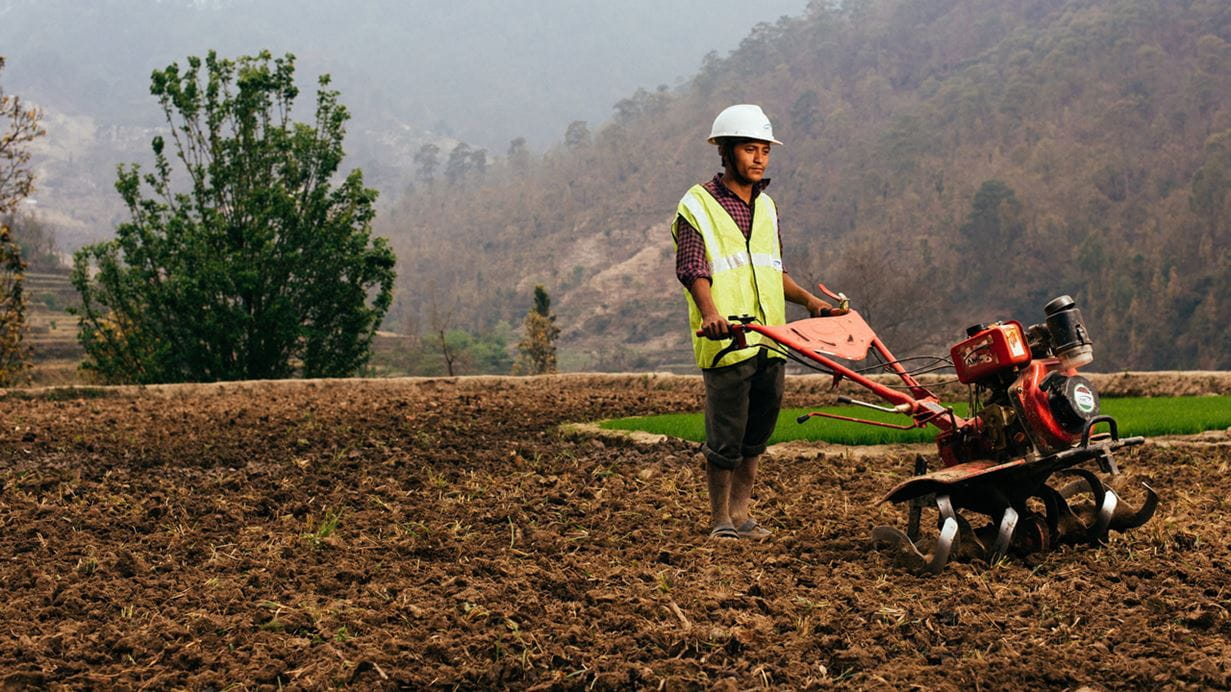 Even before the disaster, Tej found it tough to feed his family and educate his children, but afterwards he was left facing big bills to repair his damaged home.

The family constructed a shelter using tarpaulin from UMN, which also provided blankets, a bucket, plates and cooking utensils, as well as food: ‘If we hadn't received these relief items, we wouldn’t have had anything to eat,’ recalls Tej. ‘I felt so happy after receiving these things.’

Cruelly, the seismic upheaval also shifted the water table on his land, so farming, and survival, became an even bigger struggle.

Tearfund partner UMN has been supporting livelihoods in this particular area and after discussion with the community, they decided that the provision of mini-tiller machines would be particularly helpful.

Ten machines have been provided, along with protective equipment and training in how to use them safely, as well as maintenance skills.

Tej has to repay some of the costs of the tiller from his income, with the money being spent by a local UMN-supported women’s self-reliance group on community acitivities.

‘I felt very happy when I found out I was going to receive a mini-tiller. I really enjoy using it, it’s better than using the oxen!’ said Tej, who’s able to use the machine for around seven months of the year. In the off-season, he will farm vegetables and work as a mason if he has any spare time. 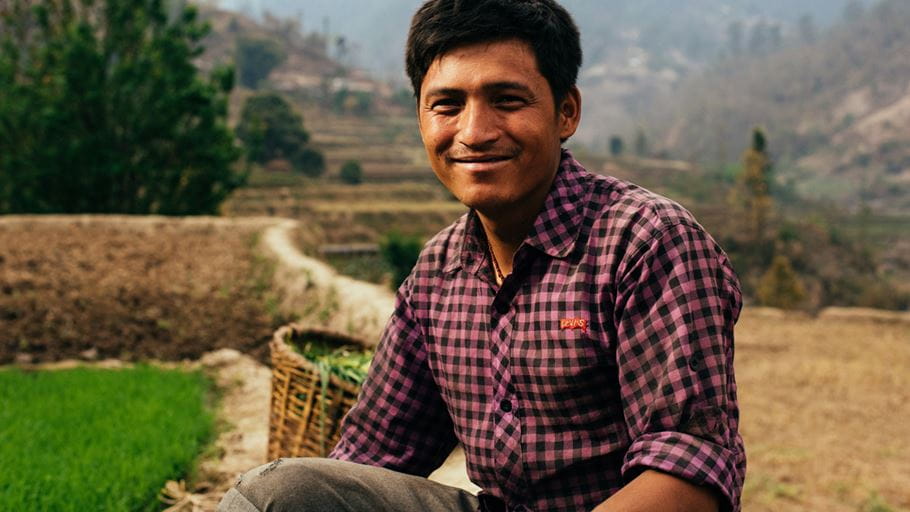 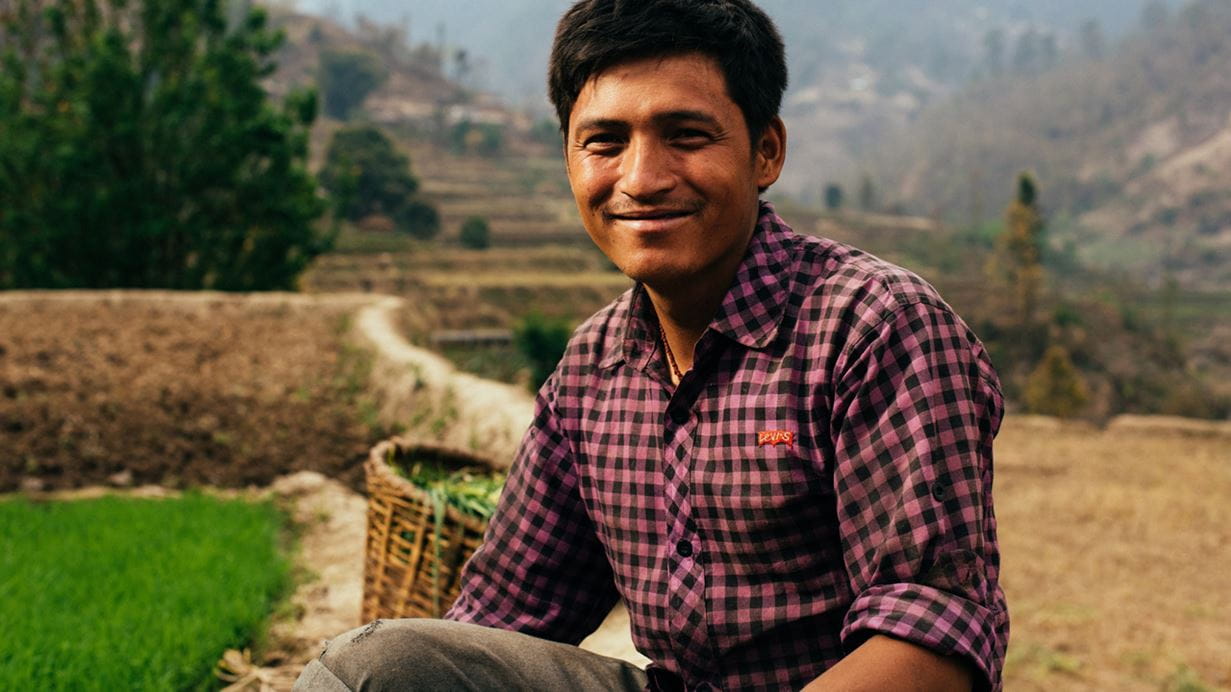 ‘What I can earn from using the mini-tiller is enough to provide food for my family and to educate my children. It even allows me to buy clothes for my children, so I am satisfied.’

Tej’s new income also means he can pay off loans for house repairs, and he hopes to buy more land to farm.

‘I want to thank all those who have helped to support me with this tiller, I feel hopeful about the future now.’