As the battle to drive Islamic State from Mosul continues, there are fears that the conflict could drive many thousands of families from their homes, creating an even greater humanitarian crisis.

Meet two families who fled their home with the arrival of IS two years ago – one family is Christian, the other Muslim. They are still trying to pick up the pieces of their lives.

Huda welcomes us into a clean, brightly lit house. Elegantly dressed, she appears almost well off. But our perceptions change as she explains that everything she has is borrowed or donated.

She is a widow who worked in a variety of jobs to raise her two children. Her family were the only Christians living in the neighbourhood. When ISIS arrived in Mosul, her Muslim neighbours closed ranks to protect her. 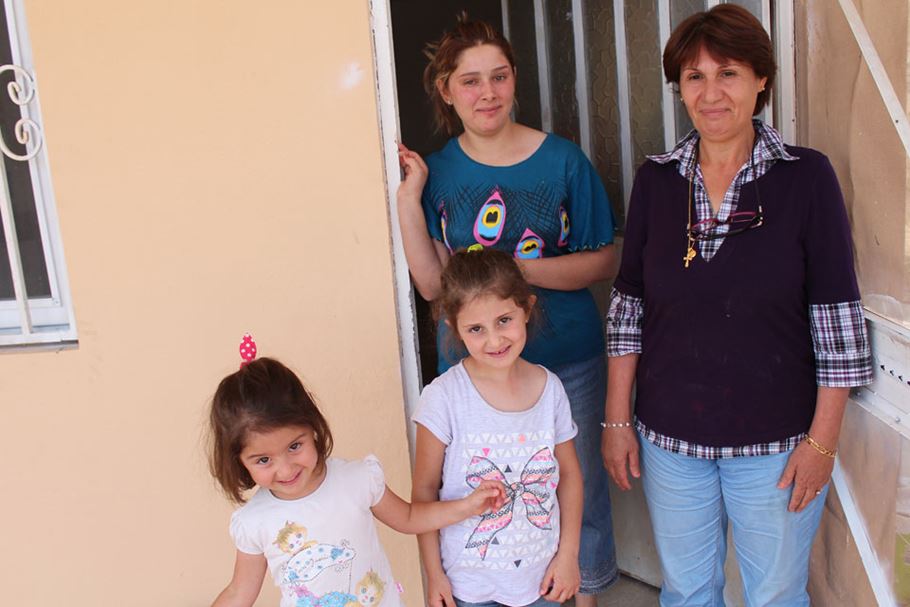 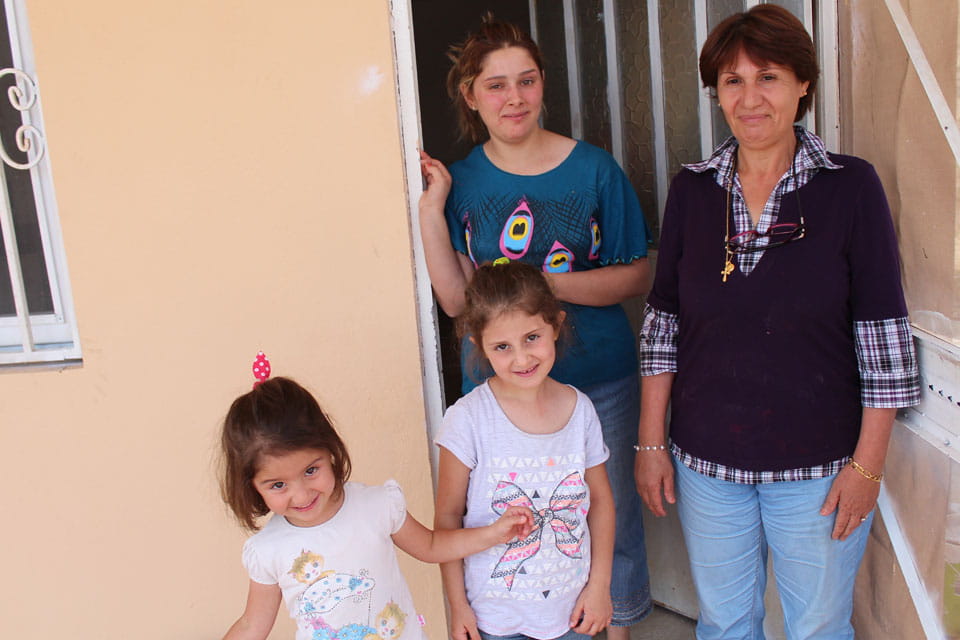 Huda with her daughter in law and granddaughters outside their new home.

‘We just stayed at home and closed all the doors, and my neighbours told us, “Don’t come out, we will bring everything you need.” My neighbours were protecting our house until the last. The Muslim people have a special thing: they respect women who are widowed.’

Huda had to hide under a hijab to go to church. ‘We had no water or power, we were just hearing helicopters and gunshots.’ Her family packed small bags with documents and valuables and waited. When ISIS destroyed her church and kidnapped two of the girls in her congregation, she knew it was time to get out.

She was warned by the same neighbours to leave in the middle of the night for their safety. It led to a heart-stopping escape journey; their car broke down and they had to knock on the door of an acquaintance at 3am to ask for fuel.

When they finally reached the checkpoint and crossed into the safety of the Kurdish region, Huda tells me, ‘Behind our car there was a Muslim car, but they didn’t let them pass.’

Owaed and Matar are Muslim relatives who managed to make it through the checkpoint into the Kurdish region with their families.

Both live in unfinished houses patched up with plastic sheeting and plywood. They can’t get work to support themselves. Yet they are quick to express their deep gratitude to those giving them safety.

They fled in terror after ISIS knocked on their doors and rounded them up, along with their neighbours. ‘I saw them with my eyes,’ says Owaed’s wife Amsha. ‘They took small children and killed them.’

They arrived on foot, exhausted, to a village of Kurdish Christians. Owaed says the people there ‘gave us the courage to continue, to recover. They gave us water, clothes, and safety. They gave us this house.’ 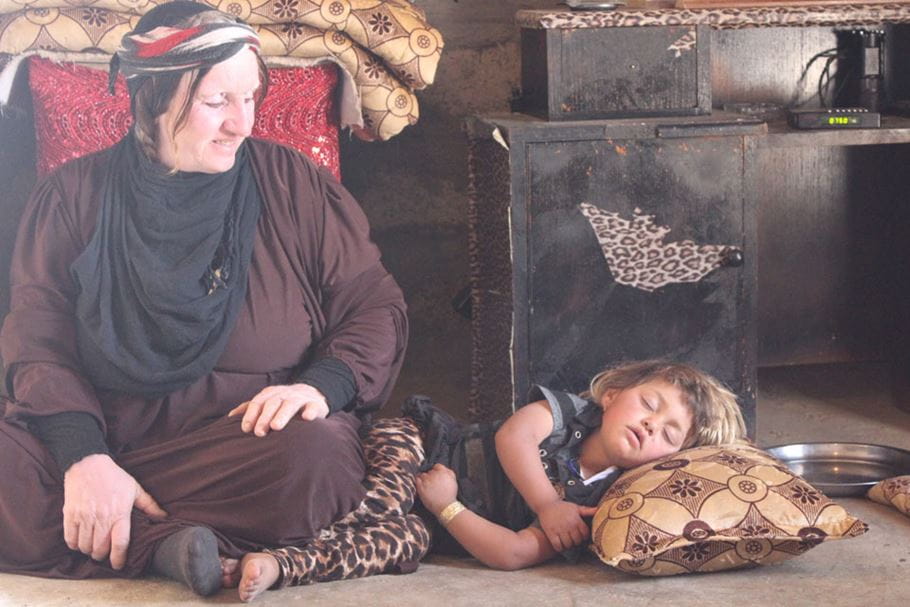 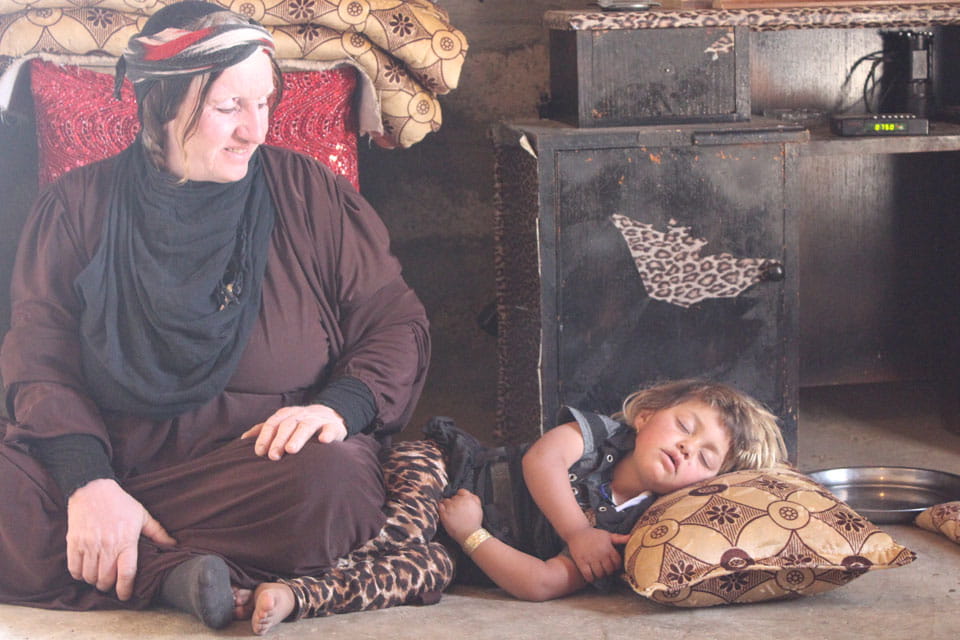 Amsha and her granddaughter

It was a brave thing for the villagers to do. Owaed and Matar are both from the same branch of Islam that’s associated with ISIS. ‘When the people saw us wearing these clothes they told us, you are ISIS,’ says Owaed. ‘But after, when they saw us in need, they were so good to us.’

Because of people’s fear of them, the family have struggled to move around freely: ‘I was planning to go to Ninewa to get the papers I need to stay here,’ says Matar, ‘but the checkpoint didn’t let me pass. We get upset when we go to the checkpoint and people are thinking that we are bad people.’

Owaed adds, ‘We Arabs who have come here to Kurdistan, they [ISIS] call us apostates because we left Mosul. They took everything we have. If I go back to Mosul now, they will behead me.’

Two very different families from the same city, once known for its diversity. Both have been stigmatised for their faith, lost their homes, and face a future with no easy options.

Yet in each case, when it came to the crunch, Christians and Muslims stood shoulder to shoulder.

Tearfund have provided aid to these families in the form of financial help, which was used by both to pay for medical bills. Owaed and Matar’s families also received a toilet, water storage tank and sanitation supplies for their shelters.

In a crisis that seeks to set people of different faiths against each other, Tearfund’s aim is simply to meet people’s needs with love, regardless of their backgrounds – as did Jesus, and the players in these two remarkable stories.