When Evelyn from South Sudan discovered she had contracted HIV she thought her life was over. However, she has learned that she – along with others living with the virus – have an important role to play. A role as peacemakers.

When Evelyn from South Sudan discovered she had contracted HIV she thought her life was over. However, she has learned that she – along with others living with the virus – have an important role to play in a nation riven by conflict.

Evelyn Letio first discovered that she had HIV 25 years ago. She was living in Uganda, widowed with four children. She had been considering remarrying when she learned the news.

‘I wanted to bring my dead husband out of the ground and cut him to pieces. I was so full of anger and bitterness that he had brought HIV into our lives. I thought of nothing but death and revenge.’

However, God had a rather more hopeful message for her, and, it turns out, a plan.

After learning of her infection, Evelyn left Uganda to return to the nation of her birth, South Sudan. There, she planned to​ live out what she thought would be her last years, leaving her children in the care of relatives.

When she arrived, she found South Sudan wracked by poverty and years of war, which had left people with nothing. Meanwhile, her relatives had learned about her husband’s death. Because of the stigma connected to HIV, they ostracised her, refusing to eat with her, touch her or even allow her near their homes. This only added to her bitterness. However, at her lowest ebb, God decided to speak to her.

‘In the midst of my illness and despair, God told me: “My daughter, with or without HIV, you must live.”’ The voice was so real that Evelyn says she looked under the bed to find its source. Eventually she went down on her knees and asked God to free her from the bitterness. She also asked for the courage to speak openly with everyone she met about having HIV.

As she got up again, Evelyn says she felt as if a weight had been lifted from her. And, just as she had asked God, she started talking about her HIV status. 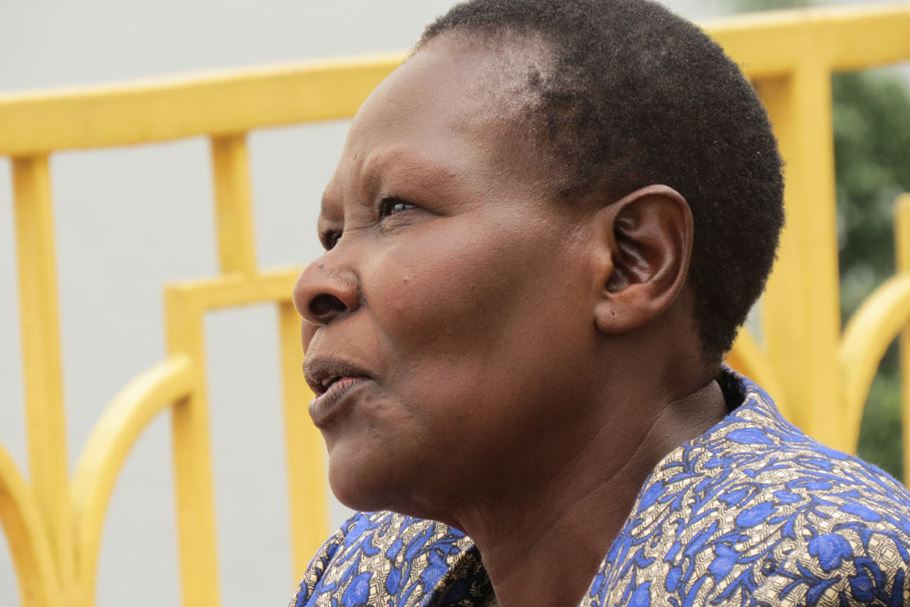 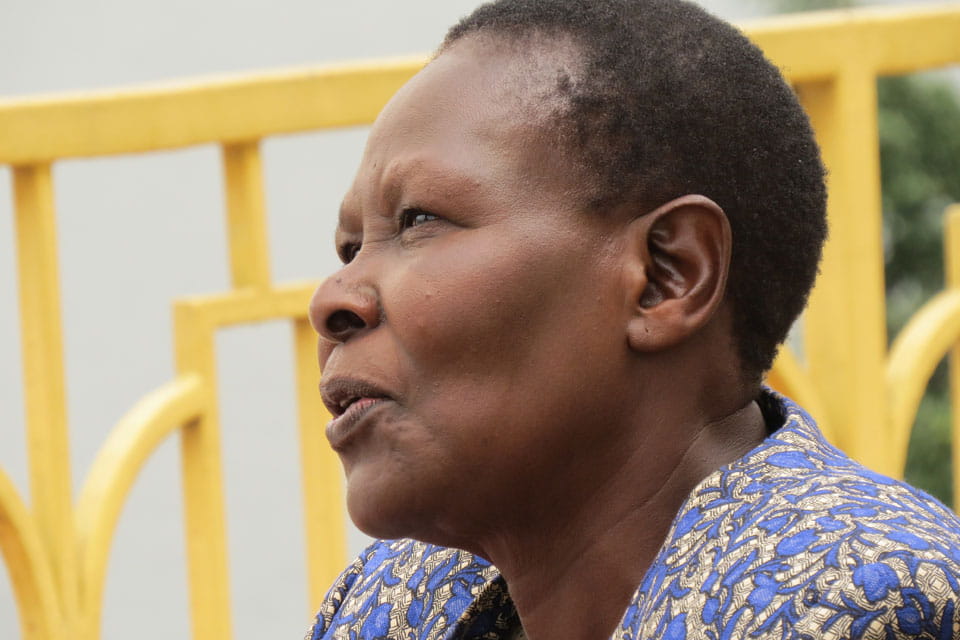 A place and a voice

Evelyn, along with a handful of others, formed the South Sudan Network of People Living with HIV, where she worked for six years until 2013. However, as the network developed, Evelyn felt that it had become dominated by the men in it, with little attention paid to the needs or difficulties of the women and girls.

In response, Evelyn formed  the National Empowerment of Positive Women United (NEPWU) in 2013, along with a group of 30 other women. By December 2017, membership had grown to 1,600 women and girls living with or affected by HIV, in 16 associations across South Sudan.

The group is dedicated to educating women with HIV on self-care and how they can access treatment. It also works to raise awareness about the rights of people living with HIV.

HIV is a serious problem in South Sudan, the world’s youngest nation. Close to three per cent of the population are infected, and there are concerns that this number could grow considerably, if unchecked. Worse still, many clinics were forced to close due to the civil war in 2013 and the violence which still continues. Fewer than a tenth of women with HIV in South Sudan have access to the antiretroviral treatments they need to stay alive and in good health.

However, providing treatment is only a part of the work of N​EPWU: ‘​If you don’t have food, your medicine is useless,’ Evelyn explains. ‘Who can take such strong drugs on an empty stomach?’

Just as important as medical treatment and food is dealing with the anger and trauma that many of the women are suffering – just as Evelyn herself had faced. ‘T​hrough living with HIV, I have felt the resentment that comes with rejection and isolation,’ she says. And it turns out she isn’t alone. ‘M​any people living with HIV are chased away from their homes and abandoned by their families. Effectively, they’re left to starve. Others fear losing their jobs. ​About a quarter of our members – around 400 – contracted HIV because they have been raped. Many of us are survivors of sexual violence.’

South Sudan’s civil war and the culture of violence that surrounds it are partly responsible for this. ​Civil conflict persists in the nation, even though the war is officially over. ​While it is mostly men that are fighting, women and children suffer disproportionately through sexual and gender-based violence – so often used as a weapon of war around the world.

Finding healing for women’s emotional scars lies at the heart of NEPWU’s work. ‘If someone comes to me broken, I listen,’ she says. ‘​Without peace, life is so difficult.’

Evelyn has a wider vision of how these women can make peace, however. She believes that men and women living with HIV have a vital role in bringing reconciliation to a nation that is tragically divided.

She says that her eyes were opened to this when she joined Tearfund’s Inspired Individuals programme. The scheme nurtures, trains and supports Christian leaders around the world who have an exciting and innovative vision.

‘I used to think peacebuilding was just connected to politics. I realise now that so much of my work is about restoring peace in the community and this is essential to the bigger picture too’ – part of NEPWU’s work is to help HIV positive women become reconciled and reintegrated with their families and home communities.

‘We are becoming an active part of the peace process in South Sudan. If we, who are extremely marginalised because of our HIV positive status, can find our place and voice, surely it will give hope to others that they too can achieve acceptance, worth and dignity. And also, they can be part of transforming our country, whatever their age, gender, status or difference.’

‘We have been praying for peace in South Sudan for so long. The high-level peace process remains of utmost importance, but we need to make sure that negotiations also include the voices of youth, churches, women and vulnerable groups.

At home with peace

‘But peace deals can only do so much. Sustainable peace isn’t achieved when the ink hits the paper. Peace should be sought in everyday interactions between neighbours, brothers and sisters, husbands and wives – those who have been enemies, becoming friends.

‘To truly build strong foundations of peace, we must each individually decide to begin a personal journey of reconciliation in our own hearts and homes.’ It is the same journey that Evelyn herself began, when she first heard the voice in the midst of her bitterness.

‘Peace has to start at home,’ she adds. ​This is key for Evelyn, because she knows that a peacemaker who hasn’t reached out to try and make peace with both themselves and those closest to them, isn’t fully ready for the job of healing their nation.

Evelyn is an Inspired Individual. Tearfund’s Inspired Individuals programme exists to identify, develop and connect new leaders who are aspiring to live like Jesus and whose dreams have the potential to transform some of the most needy places and people in our world.

Thank you that you are the God who draws close to the despairing and despised. You hear the cry of their hearts. And you entrust them some of your most precious and important work.

Embolden Evelyn and all those in NEPWU. May their voices be heard and respected as they challenge the taboo of HIV in South Sudan. And may they offer a powerful message to a nation crippled by conflict.