Six months ago a massive earthquake and tsunami hit large areas of Indonesia. Over 4,000 people were killed, families lost everything overnight and whole communities were displaced from their homes.

Tearfund’s Humanitarian Support Officer Serena Suen headed to the island of Sulawesi, where she saw the devastation first hand. She also saw how money raised by Tearfund supporters is being put to great use.

‘It was a devastating sight when I first arrived in Sulawesi. What was clear was that the island had effectively been hit by three disasters – and they all came in rapid succession.

‘First there was the earthquake which destroyed buildings and infrastructure, including roads and bridges. This was going to make our work harder, clearly.

‘Then the island was quickly struck by a major tsunami which flooded large areas of it. Finally though, there was liquefaction: that’s when the ground behaves like a liquid – having been broken up and waterlogged. It no longer supports buildings or people.

‘We visited a community in Petobo and there wasn’t a house left standing because of liquefaction. We were told that people who weren’t able to run away in time were also sucked into the ground. I could see wooden crosses marking the locations where people were buried.’

‘As I met them, many found it hard to talk about what had happened – they were so traumatised and fearful it might happen again. The ones who spoke to us said they were deeply worried about the future. They had lost their livelihoods and they didn’t know when any compensation would arrive from the government.

‘In spite of the damage to the island’s infrastructure, Tearfund has been able to do a great deal in the affected regions. We have been working with two partner organisations – World Renew and Food for the Hungry Indonesia – along with many local churches.

‘Together, we were able to supply key items as quickly as possible. Along with emergency food and fresh water, we provided communal latrines and bathing units, along with special kits, allowing families to put together their own temporary shelters.

‘We carried out similar emergency work on another Indonesian island, Sumatra, providing food, healthcare, cash and vouchers for 1,700 people.’ 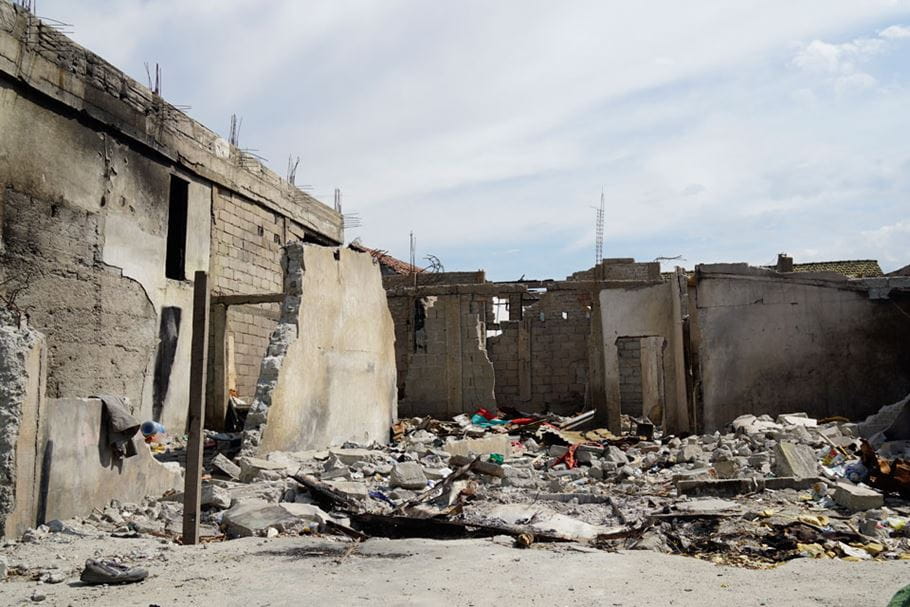 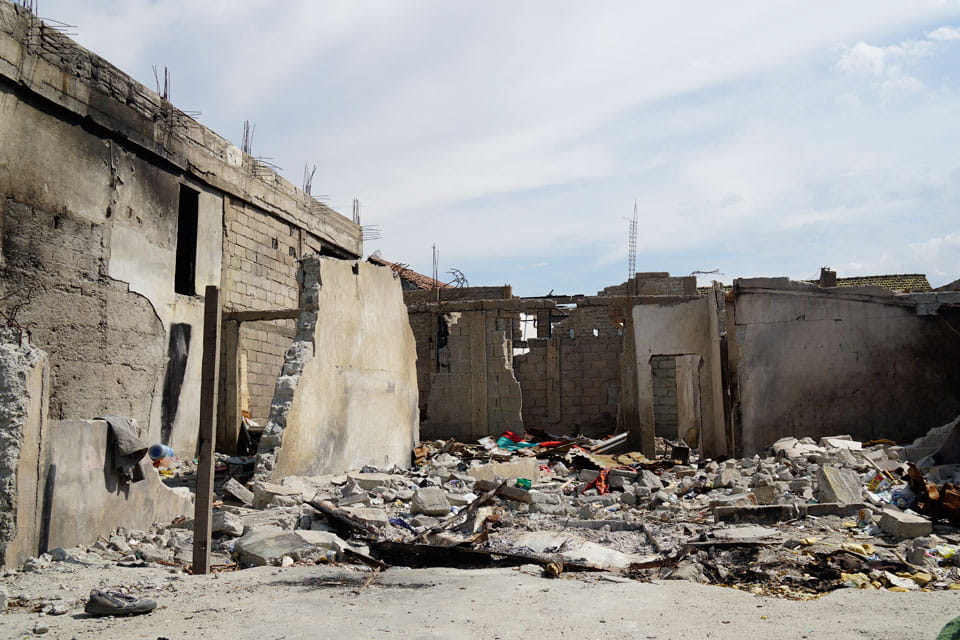 A scene of total devastation on Sulawesi.

Building back stronger
‘After the emergency phase, I’m glad to say we’re moving onto the longer-term business of rebuilding.

‘People don’t want to keep receiving handouts, they want to get back to their lives in earnest, they want to make a living again.

‘We help some people to find new livelihoods – something that will keep them more secure. If you only have one source of income, say you grow a particular crop, and that crop is decimated in a flood, then you have nothing to fall back on.

‘We are also offering training in Disaster Risk Reduction. There are often simple ways that prepare communities for future disasters – better early warning systems and agreed places of safe refuge.

‘Specialists are being brought in to train local builders. The builders are learning new ways to build houses more resilient to quakes and flooding. This isn’t just about rebuilding what has been destroyed, it’s all about helping the people of Sulawesi come back stronger than ever – the buildings and the people!