Since we launched our Rubbish Campaign in May 2019, a small band of campaigners has swelled into a crowd of more than 50,000. Clare reflects on a rubbish year, and why there’s cause for celebration.

But I want to reflect on a different kind of rubbish year – the best kind. I’d like to share the story of our Rubbish Campaign and how that’s led me to give thanks, rather than rip up my calendar.

When we launched the Rubbish Campaign last year, most of the public attention on plastic waste was focused on environmental effects. Yet, it was clear to us that this was a massive issue for people in poverty too – with one person dying every 30 seconds due to diseases caused by waste. And some of the world's most powerful companies were not taking responsibility for the waste mountains their single-use plastic products were creating in poorer countries.

So on 15 May 2019, 15 of us stood outside the HQs of Coca-Cola, Nestlé, PepsiCo and Unilever to ask them to stop the rubbish. We felt a bit like David going before Goliath. Even though we were well prepared with research and recommendations, we knew it was unlikely that these giants would listen to our few voices alone. But we stepped out in faith, trusting that others would join us.

That day, our report No time to waste hit the headlines, and we found ourselves on the front page of national newspapers – thanks, in part, to the endorsement of Sir David Attenborough. That evening, Sir David spoke boldly to 100 company CEOs, saying: ‘We have to look at the effects of an industry that is producing vast amounts of plastic. Don't you have the responsibility to ensure it is dealt with? It doesn't end when people throw it away.’ We were off to a good start! 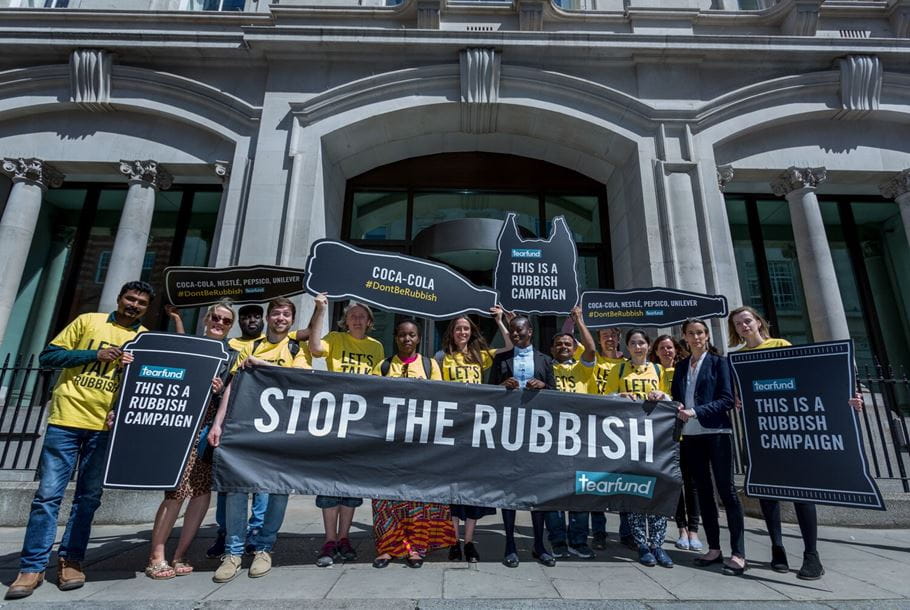 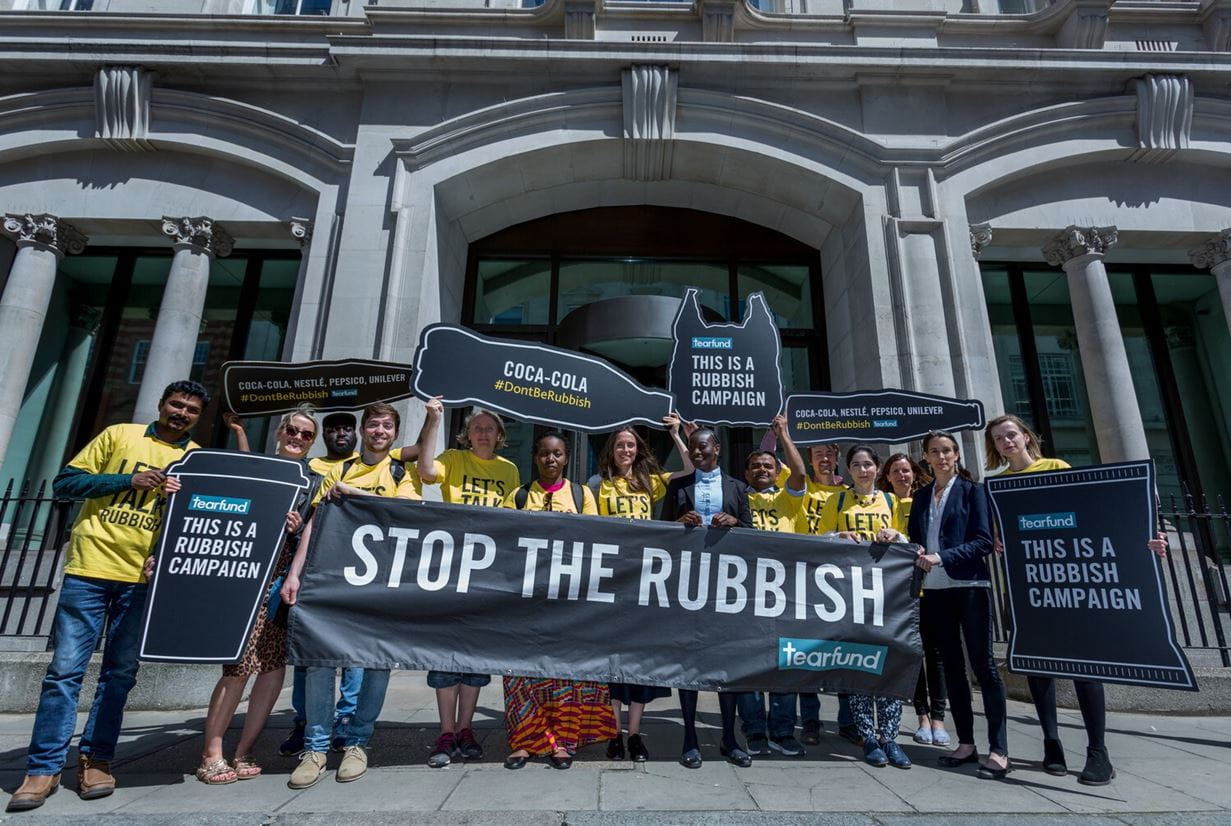 Taking the rubbish out

Over the next few months we took the campaign on the road, talking rubbish everywhere we went –  in churches, in schools and at festivals. We brought a double-decker Rubbish Bus to Big Church Day Out to illustrate that every second, a busload of waste is dumped or burned in poorer countries. That weekend, more than 11,000 people signed our petition to stop the rubbish.

Children at Stoborough Primary School in Dorset wrote letters to the companies asking them to act, and were featured on Newsround. Meanwhile, thousands of you made pledges to give up a single-use plastic for 40 days.

The campaign went global through our Renew our World campaign partners. It was fantastic to see people in countries including Australia, Brazil, Haiti, India and Nigeria praying, speaking out, starting their own campaigns and organising litter picks.

Tearfund also became a member of the global Break Free From Plastic movement, and when its brand audit report revealed that Coca-Cola was the world’s worst plastic polluter, hundreds of you sent Coca-Cola a ‘Message in a bottle’ to ask them to take action. This led to Coca-Cola agreeing to meet with Tearfund for the first time. 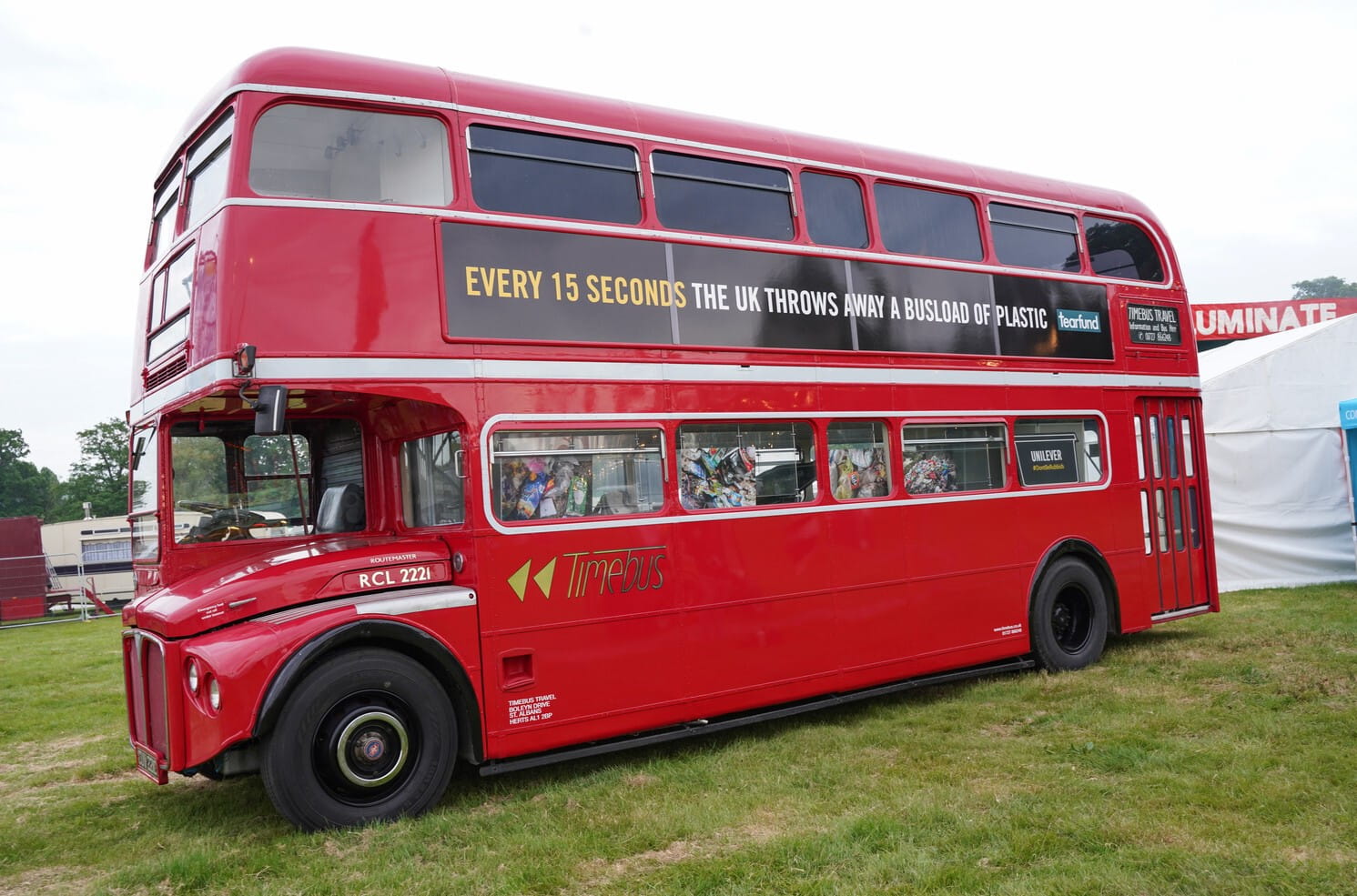 
Six months in, I went to Tanzania where I met Royda, a single mother of three who lives next to the country’s largest rubbish dump. She told me that the dump was often on fire, meaning her family were forced to breathe in toxic smoke. ‘Because of that smoke I get breathing problems and coughing, and eye problems too,’ she said. She was worried for her children’s future, and often had to take them to hospital.

Our next report, The burning question, highlighted Royda’s story, and the link between open burning of plastic and climate change. This hit the headlines, as our calculations showed that the equivalent of 8 billion Coca-Cola bottles are burned or dumped each year. BBC Radio 4 focused on the report in its Costing the earth programme, interviewing our friends Ulan, an activist in Nigeria, and Paolo in Brazil.

In April 2020, we graded the companies on their progress towards the ‘not-rubbish’ commitments we were asking them to make. Coca-Cola and PepsiCo had made the least progress, so we asked you to write to their CEOs, and thousands of you did. We know that this made quite an impact! 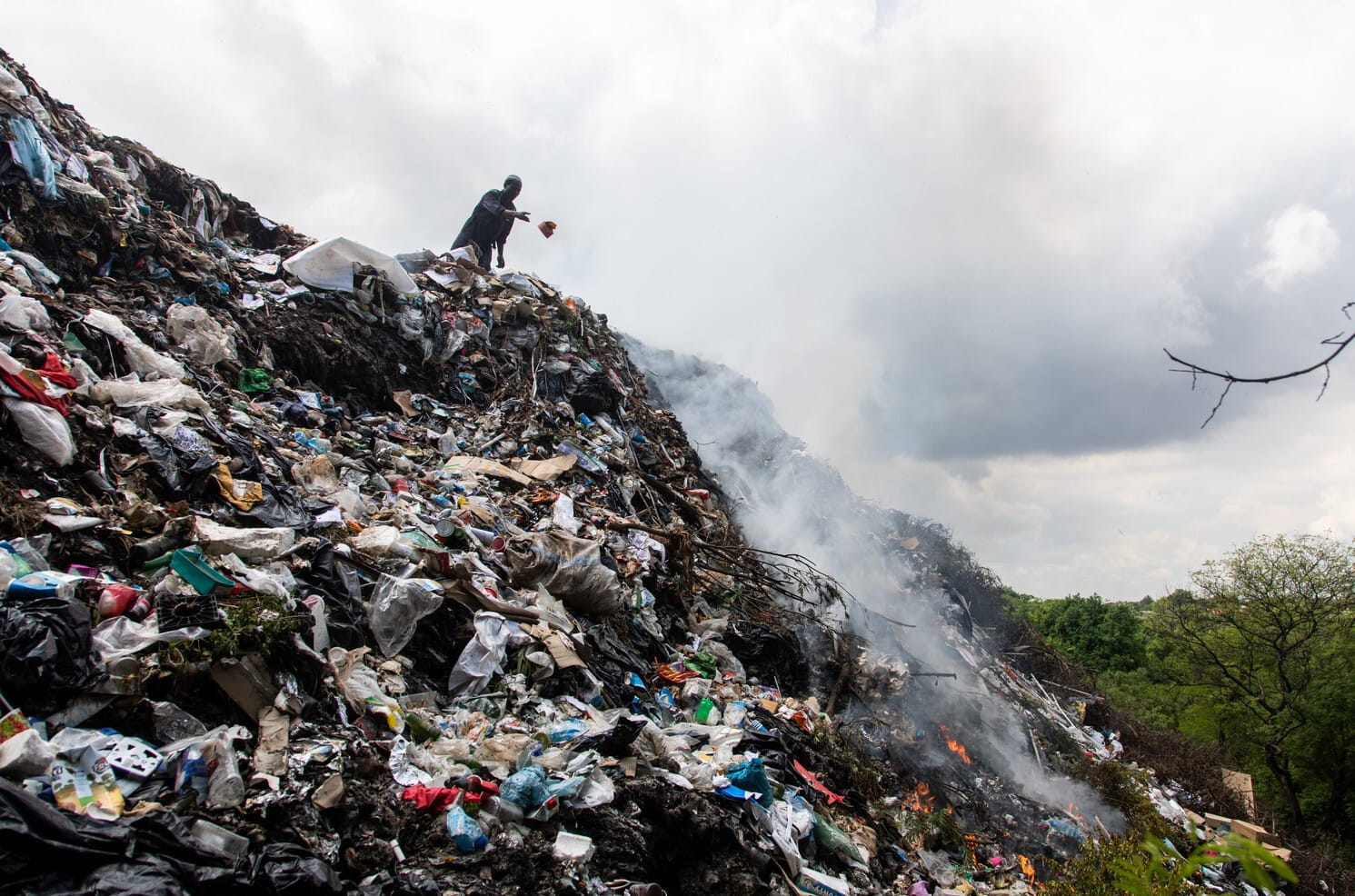 Our small group of 15 people has now swelled to more than 50,000. If you took part in any way, thank you so much. You’ve made the last year truly rubbish (in a good way)!

Every petition signature has made a difference. Since our campaign launched, three of the four companies have made new commitments to tackle their rubbish problem. This will make a real difference to the lives of people in poverty, and is something to celebrate!

Of the four, Unilever has taken the most significant steps. They’ve committed to reduce their overall use of plastic by a sixth and to halve their use of new plastic by 2025. The other companies are still lagging behind, which is why we will continue to lobby them and call on them to do more.

There have been reports that coronavirus has led to an increase in single-use plastic, and a reduction in rubbish collections across the world. This would be likely to impact poorer communities the hardest. It’s vital that we continue to do all we can to tackle plastic pollution, holding companies and governments to account, and reducing our own plastic footprint at home and in our churches.

We’ve seen how much can be achieved when we work together: even rubbish mountains can move. So rather than ripping up my 2020 calendar, I’m going to reimagine what the future could hold, and make a plan for what I can do to bring this about.