Seeking justice for indigenous communities and creation in Brazil

Thousands of fires are raging in Brazilian forests. Trees are burning, wildlife is dying, and indigenous people are being driven from the land they have inhabited for centuries. But groups of Christians across Brazil are rising up to demand justice.

Indigenous tribes in Brazil have been peacefully coexisting with nature for hundreds of years, but their way of life is under serious threat. Forests around them are being destroyed to make way for farming or gold mining. Fires are being started to clear space for livestock and agriculture, often spreading into their living areas.

A risk to all life
Laws aimed at protecting natural habitats and indigenous communities are not being enforced. The rights of some of the most vulnerable people are being violated. And, as authorities and societies stay silent, the problem is getting worse.

For Josias, the 39-year-old Brazilian founder of Nós na Creação – which translates as ‘We in the Creation’ – this injustice couldn’t be ignored. He knew that it was the responsibility of Christians to respond.

‘There is a risk of annihilating the entire indigenous population in Brazil, losing the history of our people, destroying an entire biodiversity and ecosystem from soil to air,’ Josias explains. ‘This will bring harm not only to the lives of indigenous people, but to all life in this ecosystem called Latin America.’

The church and God’s creation
As a follower of Jesus, Josias felt called to take action to both love his neighbour and care for creation. The two are inseparable: when we destroy nature, we inevitably harm our neighbour at the same time. Unfortunately, it is often the poorest communities that suffer the most, as they can be left powerless in the face of the destruction of their local environment.

Josias was concerned that many young Christians and churches in Brazil did not see responding to environmental issues as a priority. He realised that this is in part due to an incomplete understanding of the high value God places on creation, and the role we are called to play in it as God’s people. For example, a belief that the Earth is going to be destroyed anyway, or a disconnect between the spiritual and physical, can result in a lack of care for the planet.

Josias started We in the Creation to explain the biblical responsibility we have to care for creation and to help young Christians and churches take practical action to prevent environmental destruction.

‘From the beginning to the end of Scriptures, we see God declaring his love for his creation,’ says Josias. ‘Creation reveals God and he has a direct intention to reconcile all things with himself through Jesus. Our first priority as We in the Creation is to assist the local church to see itself as an integral part of God’s creation.

‘When the church sees itself as part of creation, people will start to think differently. They will understand that creation is not a big storehouse where we can take whatever we want to consume.’

A growing movement
Josias himself was inspired and informed by some of Tearfund’s educational resources on creation care.

‘There is a Tearfund booklet that has inspired me since the beginning of We in the Creation,’ he says. ‘It says: if we say that the Kingdom of God has arrived, it must be followed by the signs of that kingdom… and Isaiah 11 says that the signs of God are harmony in creation. So, Tearfund studies have helped me a lot to make connections between what we read in the Bible, the revelation of God in his creation, and what we see in society today.’

Now, over 100 people have taken part in We in the Creation Bible study groups, and the movement is growing. Christians from all over Brazil are growing in their awareness of the importance of protecting and caring for creation and learning how they can influence local government and campaign on environmental issues. 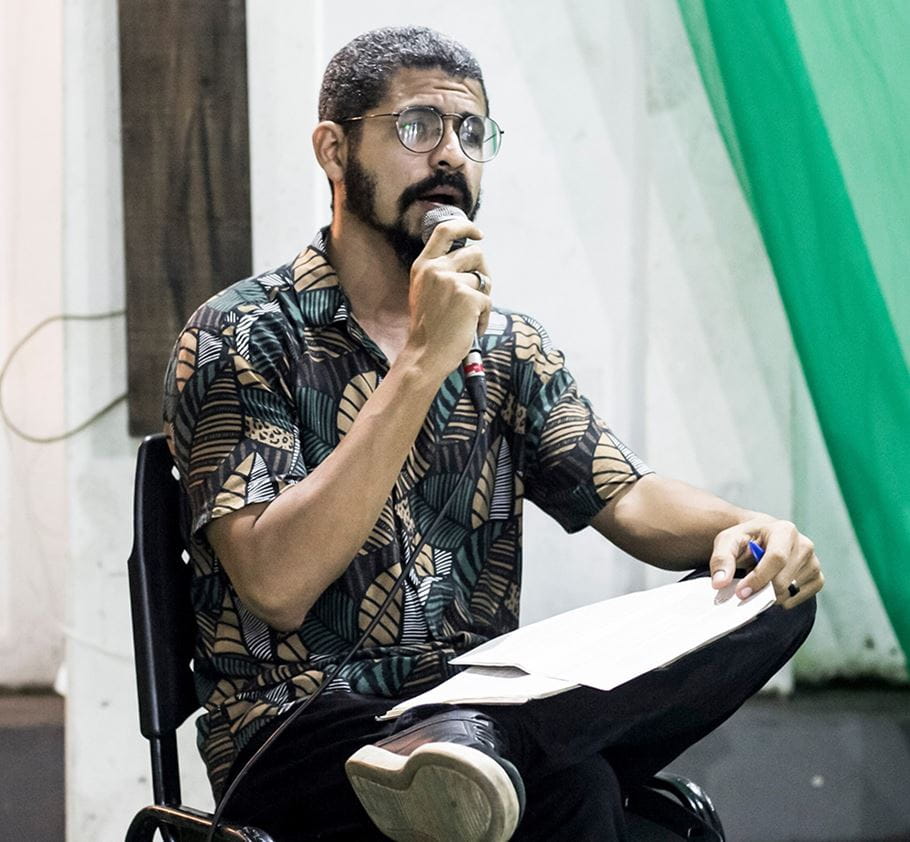 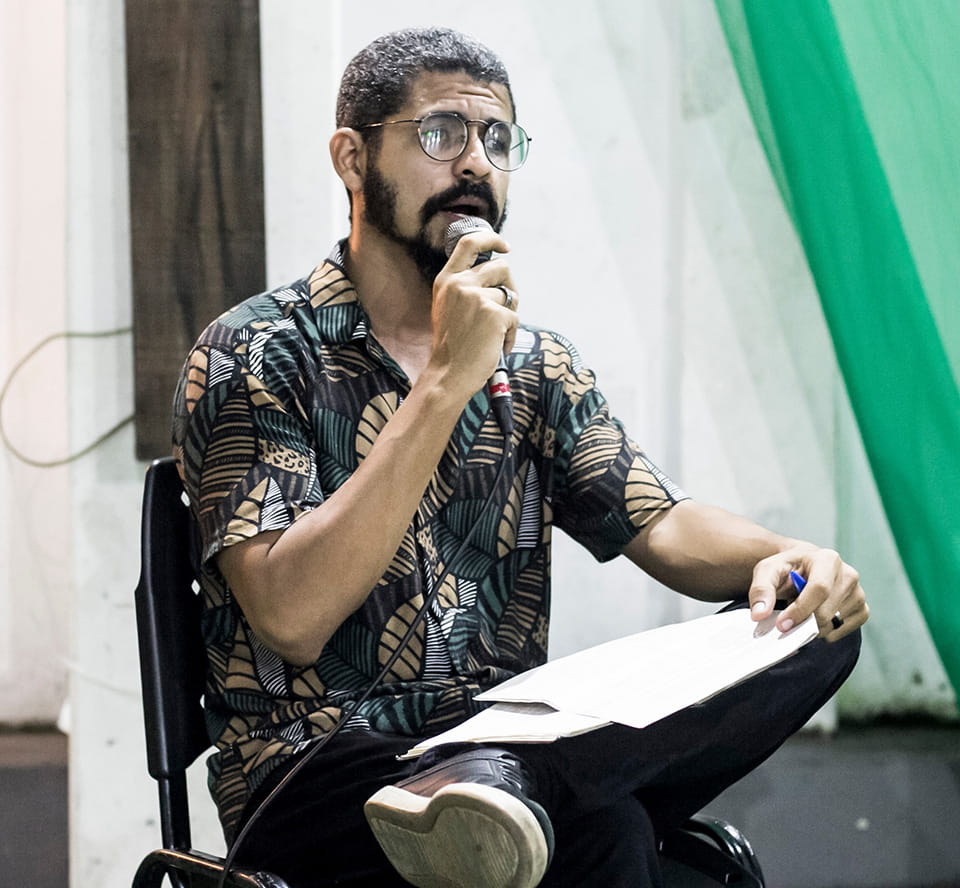 Josias started the We in the Creation movement in Brazil, equipping churches to engage with environmental issues.

We in the Creation has been active in campaigning against this, starting a petition that has already been signed by over 61,000 people.

‘[These laws] are aimed at destroying indigenous peoples and transforming their land into merchandise,’ says Josias. ‘The petition is intended to gather as many signatures as possible to pressure the Brazilian government to give up on the proposal that opens indigenous lands for mining. We understand it to be important because it is an aggression against nature, but, above all, because it is the church's responsibility to heed God's call to the ministry of reconciliation.’

Youth representing their local communities
Tearfund’s local partners are currently supporting Brazilian youth involved in the We in the Creation movement. Young people from different areas of the country have been selected to be part of our World Rebooted campaign, which is focused on urging governments to prioritise protecting the environment and the poorest communities as they ‘rebuild’ societies after the coronavirus pandemic.

Tearfund provide young people with tools and training to connect with their local communities and find out about people’s environmental needs and concerns. These young advocates then share this feedback with local authorities and the wider community through thought-provoking YouTube videos and podcasts.

Christians leading the way
This is just the beginning of what Josias hopes to achieve through We in the Creation and in collaboration with other local and global Christian groups. He hopes that the church across Brazil, and around the world, will embrace the truth that caring for creation is a fundamental part of living out the Christian faith. He looks to a future where Christians will lead the way in protecting and caring for God’s creation.

‘In the future, I see that We in the Creation is part of a much larger movement in which the church will perceive itself as part of God’s creation and will act directly to build a harmonious coexistence in that creation,’ says Josias.

'This is the dream that God has had since the beginning where all human and non-human beings relate to each other in care and love. This revival is something that will shake the structures of this empire that tries to manipulate and transform God’s creation into merchandise.'

We can all play a part in urging our own governments to rebuild society in a way that protects the environment and the most vulnerable. To find out more about how you and your church can help reshape society, please take a look at our World Rebooted resources.