Hope after the storm

Rowena lost her home and fishing boats during Super Typhoon Goni. But a Tearfund partner has given her hope. 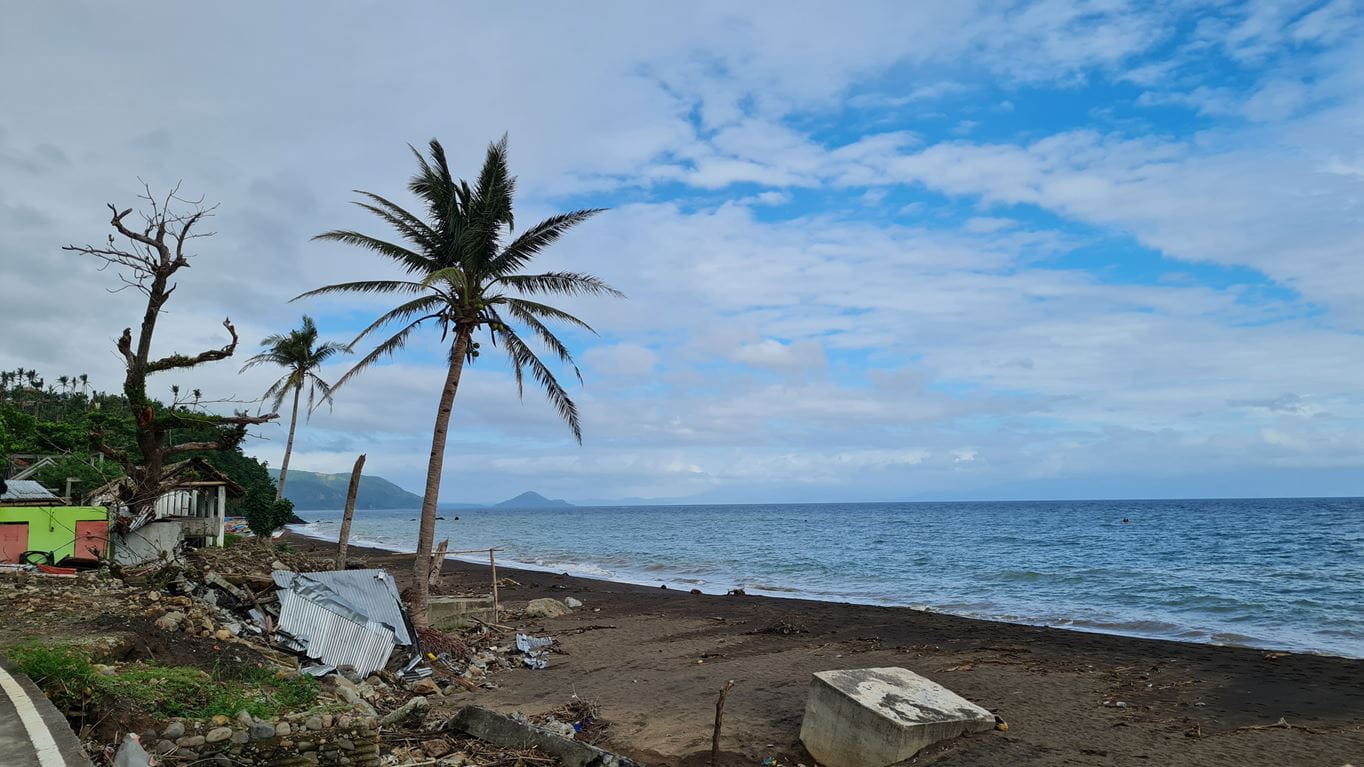 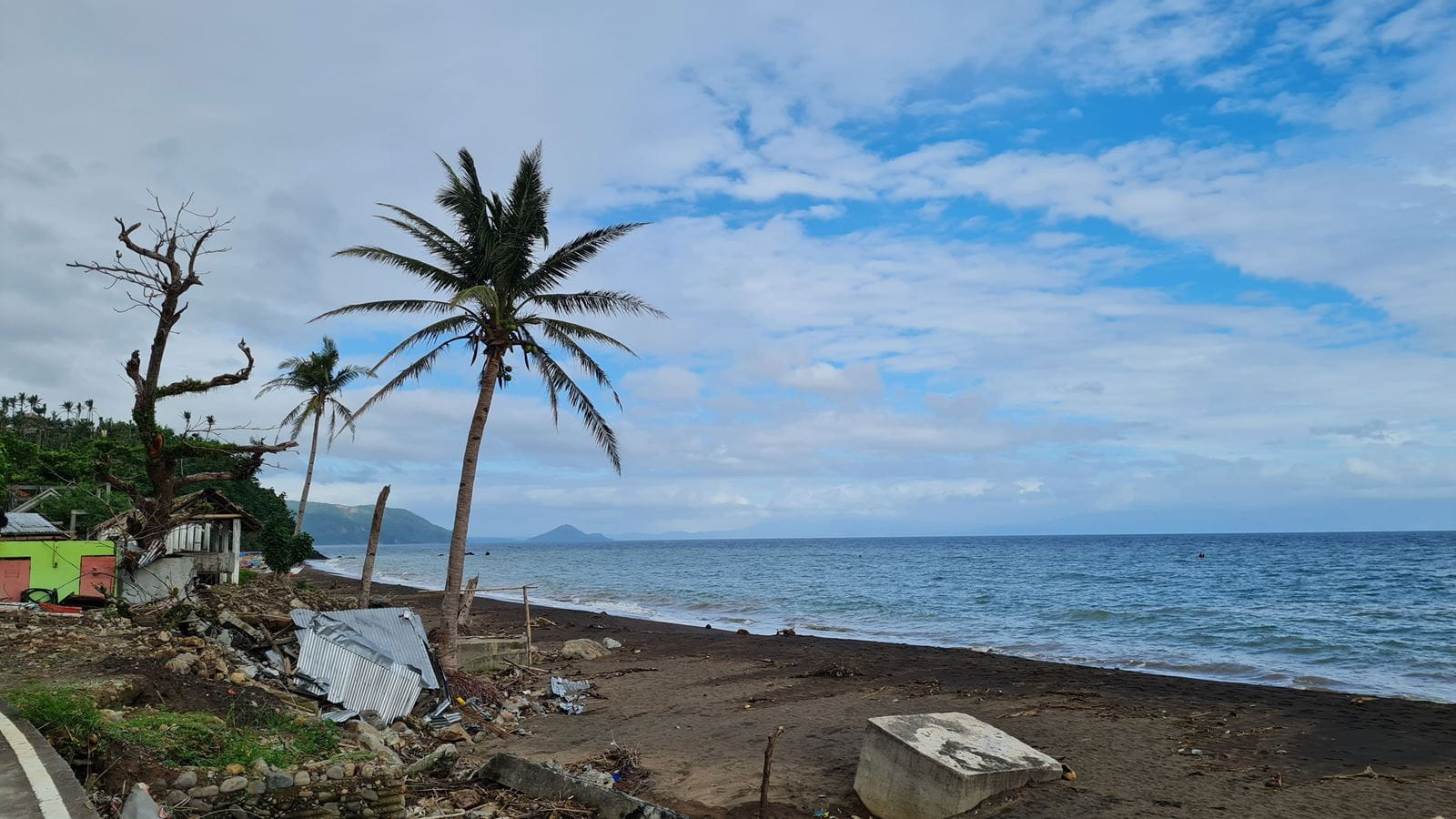 When Super Typhoon Goni hit villages on the coast of Tiwi Albay in the Philippines, it left thousands of people with nothing. But, with help from a Tearfund partner, they’re starting to get back on their feet.

Most of the people in this community are farmers, or catch and sell fish for a living. Houses are built on stilts, and are scattered along the coast and mountainside. When the typhoon hit on 31 October 2020, it caused a storm surge of up to four metres (10 feet) high, engulfing homes and schools.

Across the affected areas of the Philippines, at least 24 people were killed, and more than 300,000 were forced to flee their homes. Buildings and crops were also destroyed.

Rowena has lived in Tiwi Albay for 29 years, with her husband and a teenage daughter. They lost their home and two fishing boats during the typhoon, but escaped with their lives.

Before the typhoon came, we received warning from our barangay (local authorities),’ says Rowena. ‘We evacuated to the mountain across the road. We didn’t expect the typhoon to be so strong.

We saw the waves and flood waters rising. It was very scary to watch as the beach completely covered the shore and rose higher than the main road.

My husband wanted to go down to get some of our things, but I told him not to because the waters were already 10 feet high. The waves crashed and engulfed our house. We had two boats and one of them got broken. We also had a bicycle sidecar that was swept away by the waves. 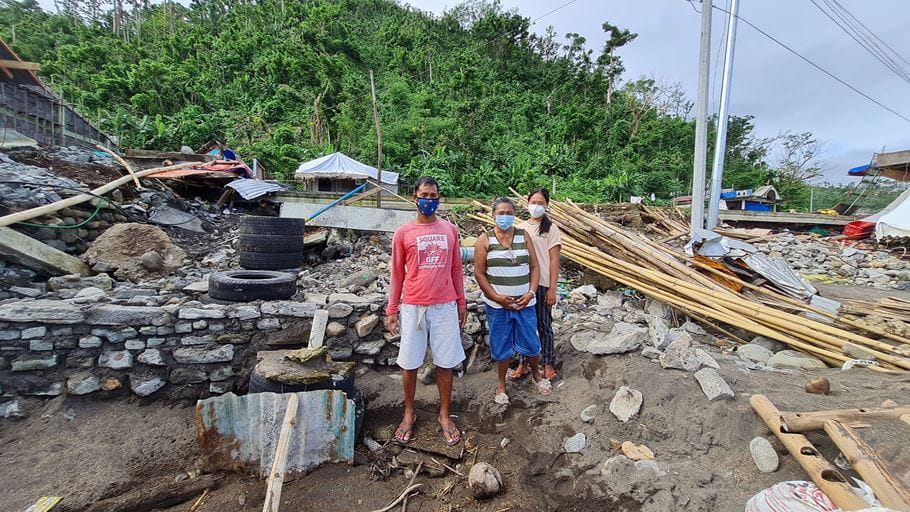 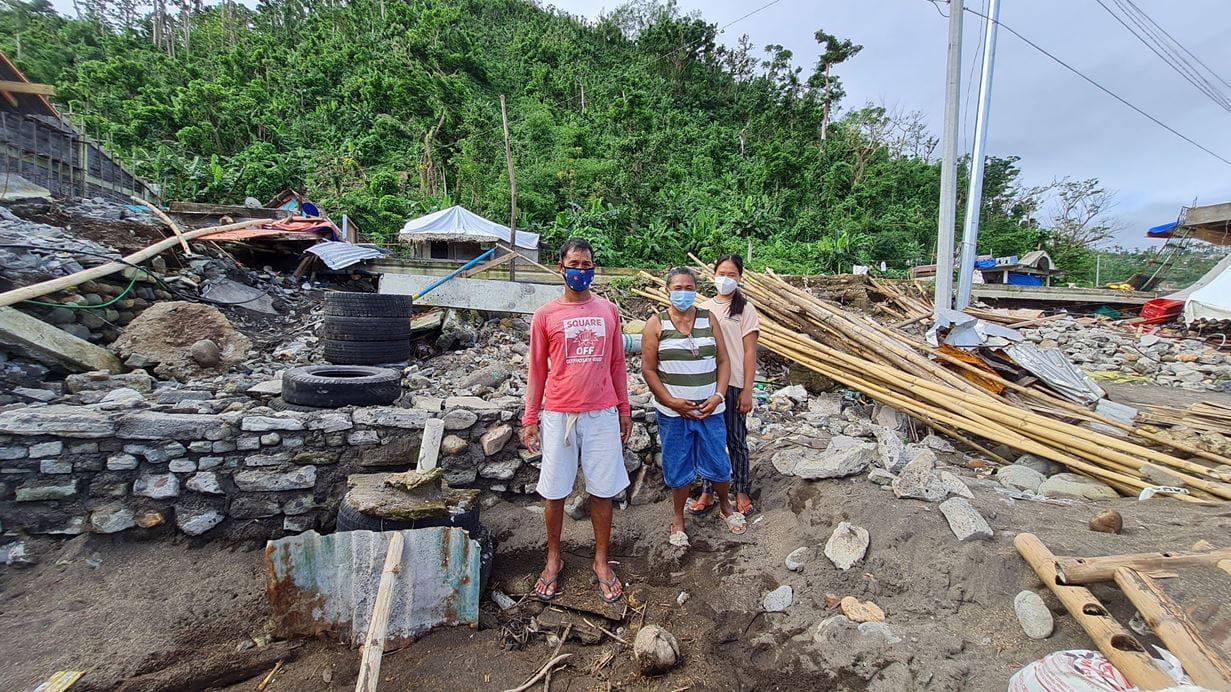 Rowena and her family stand outside their house, destroyed by Typhoon Goni (Photo: Patricia Pagulayan/ Tearfund)

With funding from Tearfund, our local partner PhilRads provided urgent supplies and cash to all 623 families in the area. The relief packages consisted of Php1,000 (£15) for purchasing basic household items, 20 kgs of rice, and seven tins of food.

In the weeks and months that followed, PhilRads distributed nine Banca boats and sets of fishing equipment to 67 fisherfolk in the area to help restart their businesses. This was made possible through a local donor.

Rowena told us: ‘Sometimes my husband feels depressed but I tell him, “let’s just be thankful that we are alive.” There is still hope. Even if we lost everything. God will not leave us alone.

We really appreciate PhilRads for helping this community. They gave us fishnets that we can use to start over. Through your help, my husband was able to buy new fishing lines and we bought cooking pots and pans. We are very grateful. As long as God is there, we can recover from this.

Rowena lost her home and fishing boats during Super Typhoon Goni. But a Tearfund partner has given her hope.