For such a time as this: how the church faced up to a pandemic

One year since the coronavirus outbreak was declared a pandemic, we look back at the extraordinary response of churches around the world.

In the 5th century BC, the people of God faced oblivion. The Persian authorities wanted to exterminate the Jews. Yet one courageous woman refused to allow that to happen. Queen Esther was told, ‘who knows but that you have come to your royal position for such a time as this?’ (Esther 4:14).

A similar call has gone out to churches around the world this year. And it’s a call that has been answered.

The last 12 months have been some of the most challenging in living memory. We could scarcely have imagined a year ago the all-encompassing, global impact that coronavirus would have, and is still having today.

More than 2 million people dead. Huge economic implications, particularly for those who were already vulnerable. Friends and loved ones kept apart for months on end. A whole way of life turned upside down.

Yet the response has been extraordinary. As the challenge of coronavirus rose, the church rose to meet it. As darkness spread, the church did not shrink back, but instead stepped forward to shine the light of Christ.

From countering misinformation around vaccines, to providing mental health support to people struggling with lockdowns, to helping meet people’s most basic needs – the church has been spreading hope and love in practical ways all around the world. 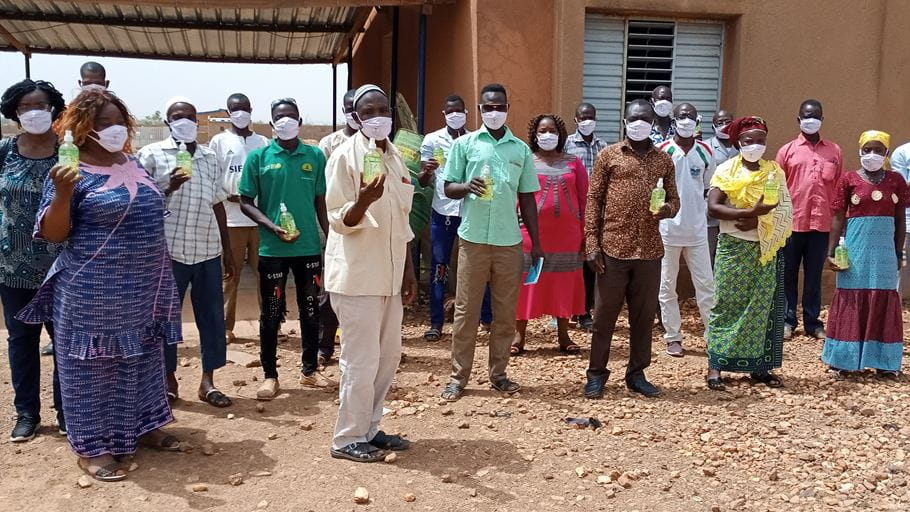 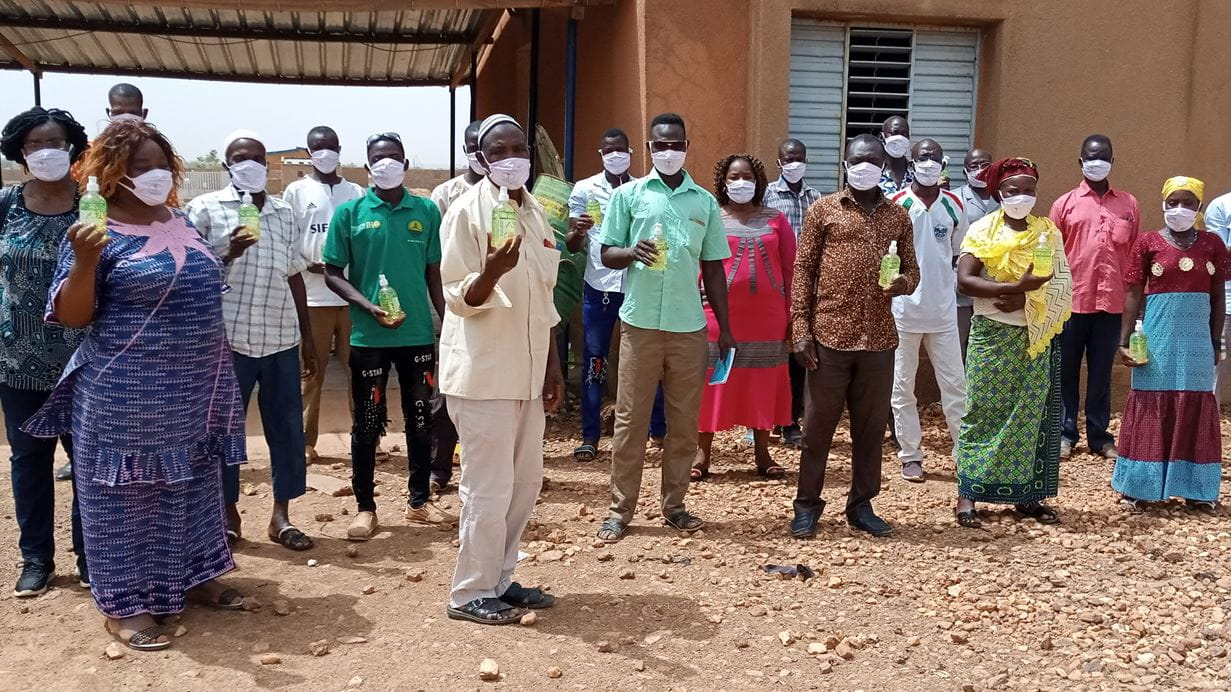 In the UK, we have seen this up close (usually as close as the screens in front of us).

Though the pandemic has restricted so many aspects of our lives, local churches have still found plenty of ways to serve their communities. Even though many churches have received less in terms of funding, they have done more in terms of practical help. According to Your Neighbour, during lockdown in the UK, the church has provided at least 5 million meals every month to families in need.

Churches have adjusted to unprecedented circumstances, and have done so with aplomb. Suddenly, the ‘tech person’ at church became the pastor’s best friend (and probably pointed out that this should have been the case all along). A quarter of UK adults say they have watched or listened to a religious service during the pandemic – an astonishing figure.

More than 70 per cent of churches have started new community projects in the last year, many in areas they have never been active in before. Fear has been countered with love; struggle with acts of service and sacrifice; and uncertainty with the sure hope of Christ.

And the UK public have taken notice. New research from Your Neighbour has shown a 20 per cent increase in the number of people believing that local churches have a positive impact on their communities.

But this has been but one small part of the church’s response. Around the world, even more amazing things have been happening.

Tearfund has been working alongside local churches in some of the world’s poorest places for more than 50 years. We don’t do this simply because we’re a Christian organisation, but because we know that this is one the most effective ways to bring about change.

Churches know the needs of their communities. They are able to mobilise groups of passionate volunteers quickly. And they often have a respected and influential voice in the local area. This has been even more crucial when responding to coronavirus.

Here are some headline figures from Tearfund’s church-led response across 41 countries:

But statistics like these don’t tell the full story. They don’t show the effort of church volunteers in Colombia, who are waking up at 4am every day to make food parcels for refugee families. They don’t show the gratitude of people who are blind in Malawi, who have received hygiene guidance in Braille from the church. They don’t show the relief of people in India who know that they aren’t alone any more, after church mental health support teams have reached out to help. 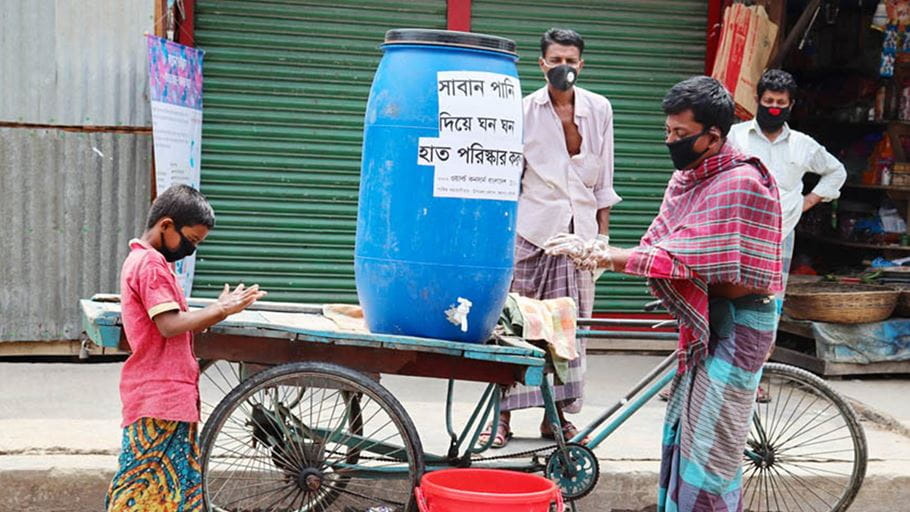 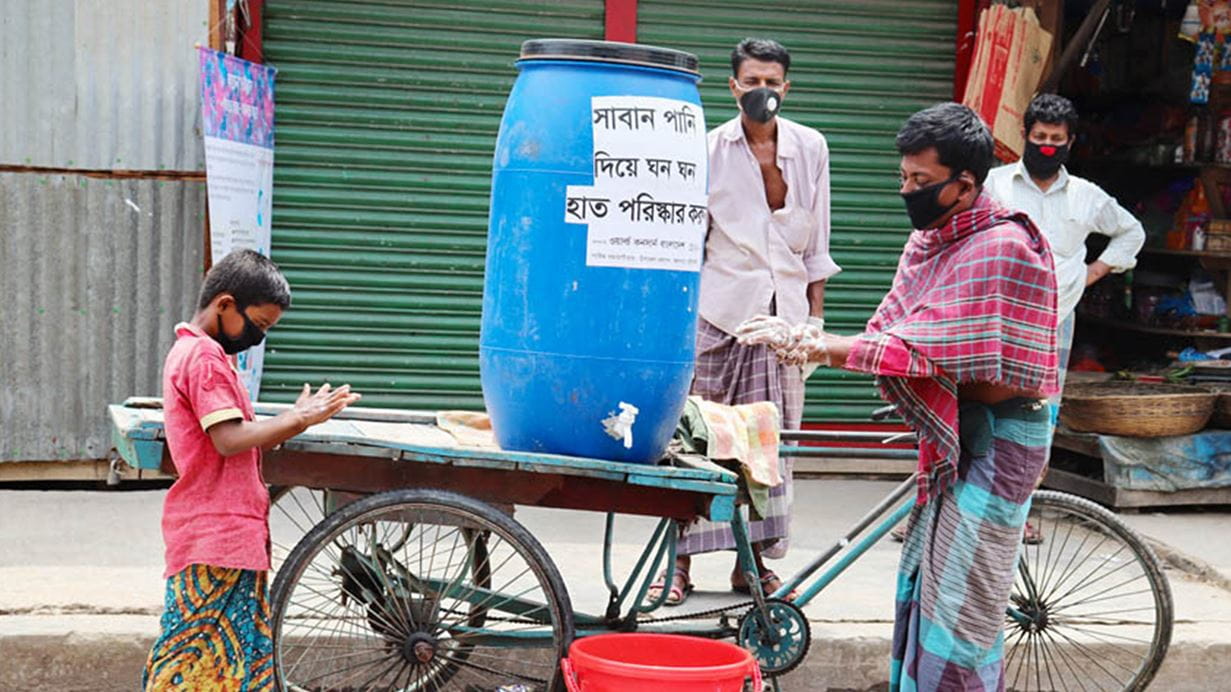 A handwashing station in Bangladesh that was installed to help stop the spread of coronavirus | Credit: Tearfund partner

The human cost of the pandemic has been immeasurable. Yet so has the human generosity, compassion, and willingness to speak out on behalf of people in need. And we are seeing that exact thing in how the church is addressing issues around vaccinations.

The arrival of Covid-19 vaccines at the end of 2020 brought great relief and hope. But not to everyone. Whilst wealthy nations such as the UK bought huge reserves of vaccines, many poorer countries have been left far behind. At present, it is forecast to take several years for everyone to be vaccinated. This inequality is something that the church is campaigning fiercely to change.

For example, Tearfund has signed up to the People’s Vaccine – an advocacy group for charities and UN agencies that’s fighting to bring greater vaccine equality. While at a local level, church networks are lobbying their governments to ensure that the poorest people don’t miss out when it comes to vaccine distribution.

Another vital area that the church is making a difference in is combating the spread of misinformation. Local churches, supported by Tearfund, have been doing this since the beginning of the pandemic – countering fake news and dangerous false rumours about the disease through radio broadcasts, information leaflets and word of mouth.

This work has stepped up again. In many cultures and communities there is suspicion around vaccines, but the church is helping to provide reassurance – ensuring that this important step towards controlling the pandemic can be taken.

The pandemic has forced the world to reflect on the systems it is built upon. It has further highlighted the inequality that is so deeply entrenched. It has opened many eyes to the broken relationships that are everywhere – between us and ourselves, us and other people, us and creation, and us and God.

It doesn’t have to be this way. 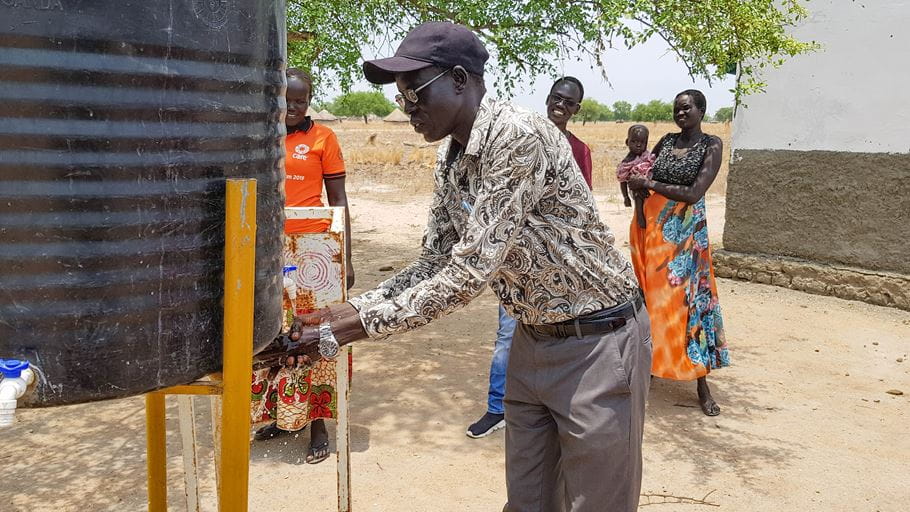 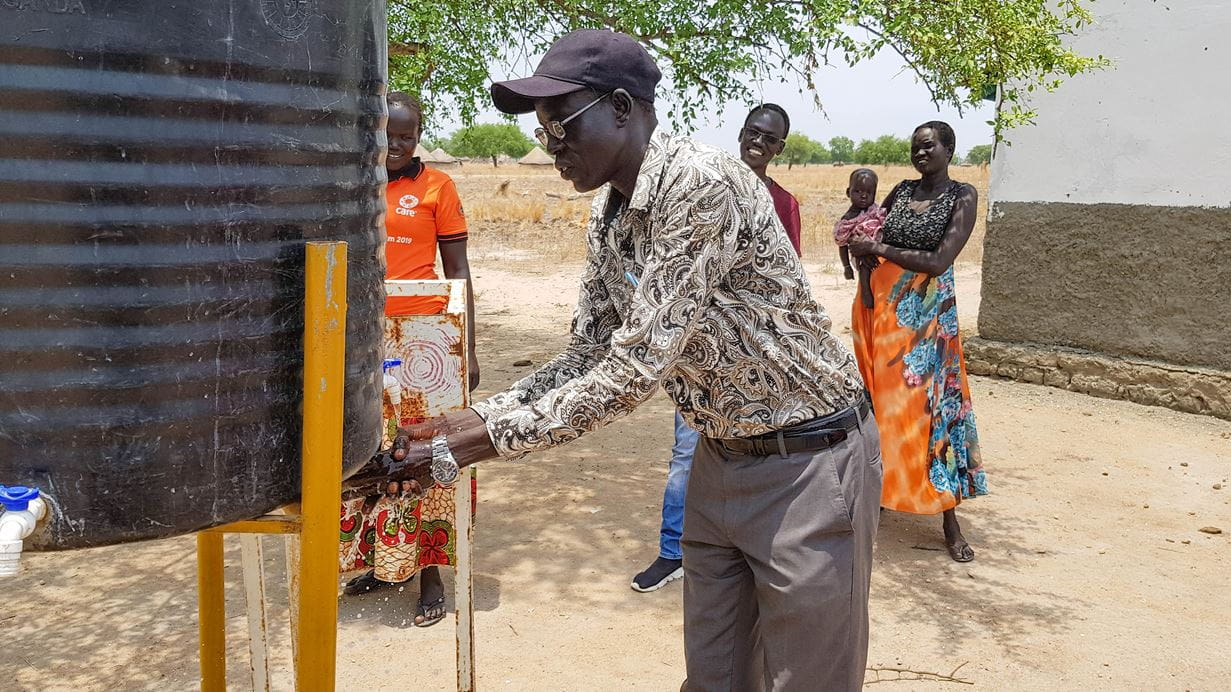 In the UK, churches are campaigning for the government to build back better. To prioritise people living in poverty and to ensure that the economic recovery is built on fair, sustainable, creation-caring principles. This call is being taken up by churches throughout the world.

Church doors will open again. How sweet will those first songs sung together be? How powerful the moments when once again we can lay our hands on one another in prayer? How beautiful when we can once more share communion?

That day is coming. Until then, we can take heart in all that the church has done and is doing during these dark days, and know that, through it all, God has been with us and will never leave us, nor forsake us.

God of hope and love,

As we reflect on this last year, we lift to you all that has been lost. We grieve for loved ones taken away too soon. We lament the inequalities that have left vulnerable people alone and have pushed people further into poverty. And we long for the day when we can meet again.

Yet through the difficulty, we give you praise for all the good work that has been done and for the way the church has stepped up to respond in this time of need – both seen and unseen. We thank you for your faithfulness, and for the light that can be found even in the darkest of times.

We pray that you will continue to bless your church, that it will be emboldened to step up and out further and further. And we ask that your kingdom come, and your will be done.