Fast fashion, the climate crisis and poverty: what difference can you make?

We explore how fast fashion and climate change are harming people living in poverty and how to reverse the trend.

Are you guilty of buying clothes that you never wear? If so, you’re in good company, because a Tearfund survey found that 57 per cent of us own clothes we have never actually worn. In the era of fast fashion, we’re buying more clothes than ever before. But it seems that most of us aren’t connecting our shopping habits with the climate crisis.

Tearfund’s recent survey, carried out by Savanta ComRes, found that the majority of people don’t consider the impact of fast fashion on the environment. Only four per cent of shoppers said that the carbon footprint of new clothing was a top consideration when deciding what to buy.

This could be because many of us aren’t aware of the devastating impact of fast fashion on both the environment and the world’s poorest people.

It may surprise you to know that the fashion industry generates more harmful carbon emissions than all international flights and shipping combined.

In fact, the fashion industry is the second largest cause of pollution globally and a huge contributor to the climate crisis. And it’s people living in poverty who are paying the price.

The struggle to survive

Lamuchi, a fisherman, lives with his wife and two sons in a coastal village in Bangladesh. Because of climate change, disasters such as cyclones and floods have become more frequent and severe – leading to loss of lives, homes and businesses. As a result, vulnerable people like Lamuchi and his family have been pushed further into poverty.

‘The water level is increasing day by day,’ Lamuchi says. ‘Floods are happening very often. When I was a boy, I can remember that floods did not even occur once within five years. But now, floods take place here three to four times every year.’

The increasingly extreme weather – linked to pollution caused by fast fashion and other industries – means that Lamuchi is no longer able to earn enough from fishing. He often risks his life – braving the monsoons in his boat – just to catch enough to feed his family.

‘I am struggling hard,’ Lamuchi tells us. ‘I do that day or night, even in rainfall or flood or anything else… we can't live without eating.’ 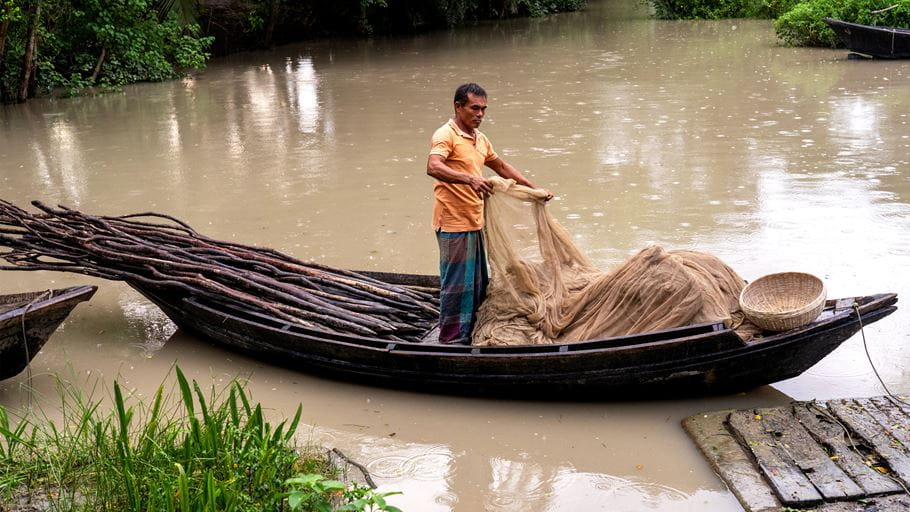 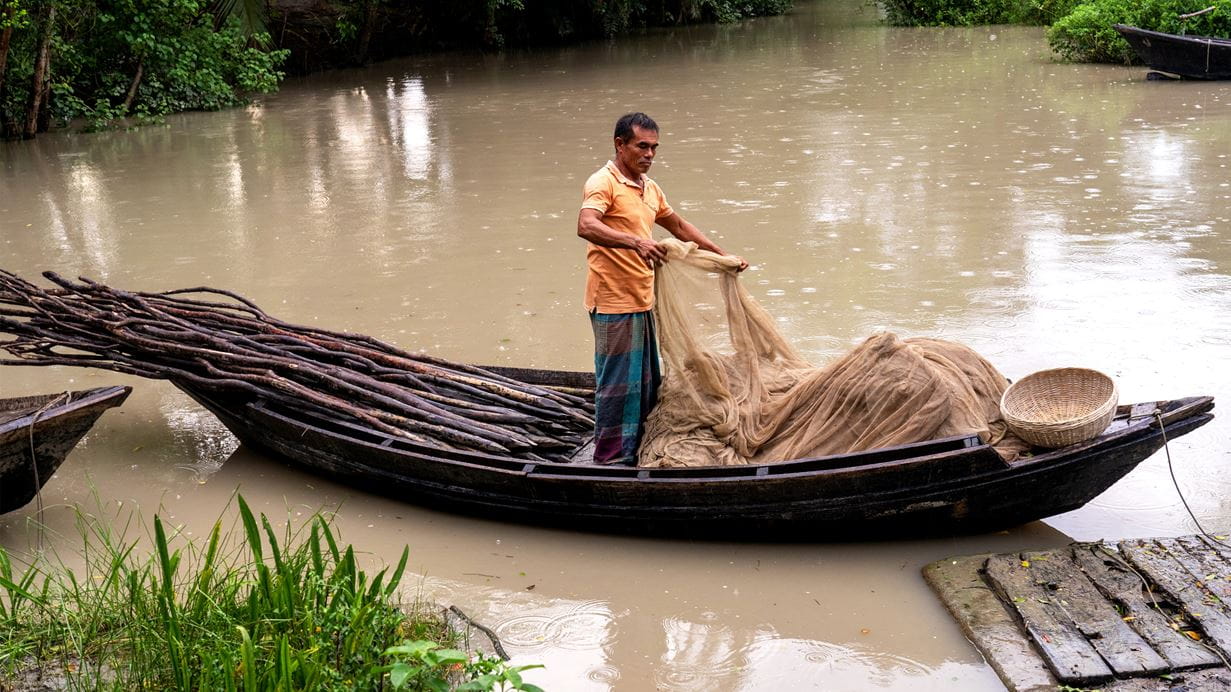 Lamuchi, a fishman from Bangladesh, sorts the nets on his boat. Credit: Shahadat Hossain/Tearfund

You can make a difference

It doesn’t have to be this way. That’s why Tearfund has launched a new fundraising challenge, The Great Fashion Fast, to raise awareness of the impact of fast fashion on the climate crisis and encourage people to live a more sustainable lifestyle.

The challenge is to get your friends and family to sponsor you to wear just ten items of clothing for the month of March. The money you raise can make a lasting difference to the lives of people like Lamuchi around the world.

Actor and Tearfund ambassador David Gyasi has already signed up to take part in The Great Fashion Fast.

‘We buy more clothes per person in the UK than any other country in Europe, and every item takes resources such as water, land and petrochemicals to produce,’ says David. ‘And shockingly, three out of five fast fashion items end up in landfill where they may take hundreds of years to decompose.’

One of David Gyasi’s ten clothing items for The Great Fashion Fast will be a much-loved jacket made by a self-help group in Rwanda called Urukundo (meaning ‘love’), who recycle unwanted scraps of fabric into new clothes. 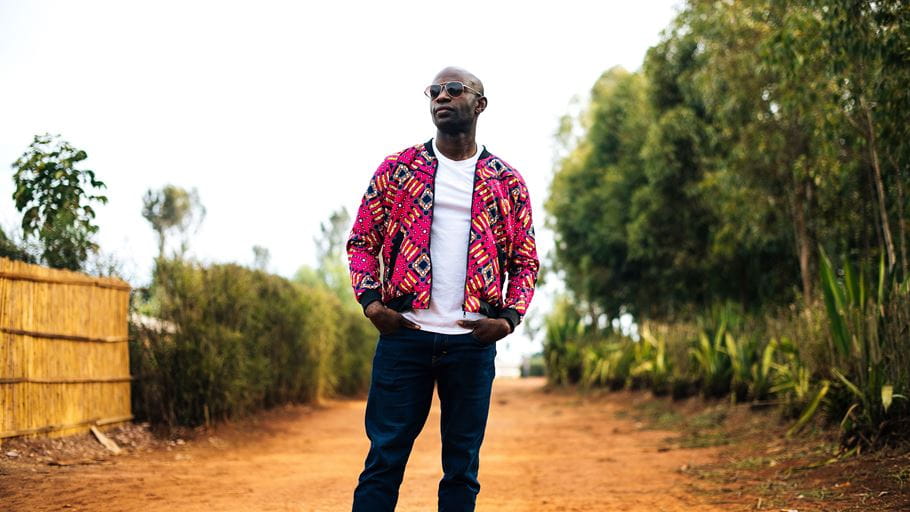 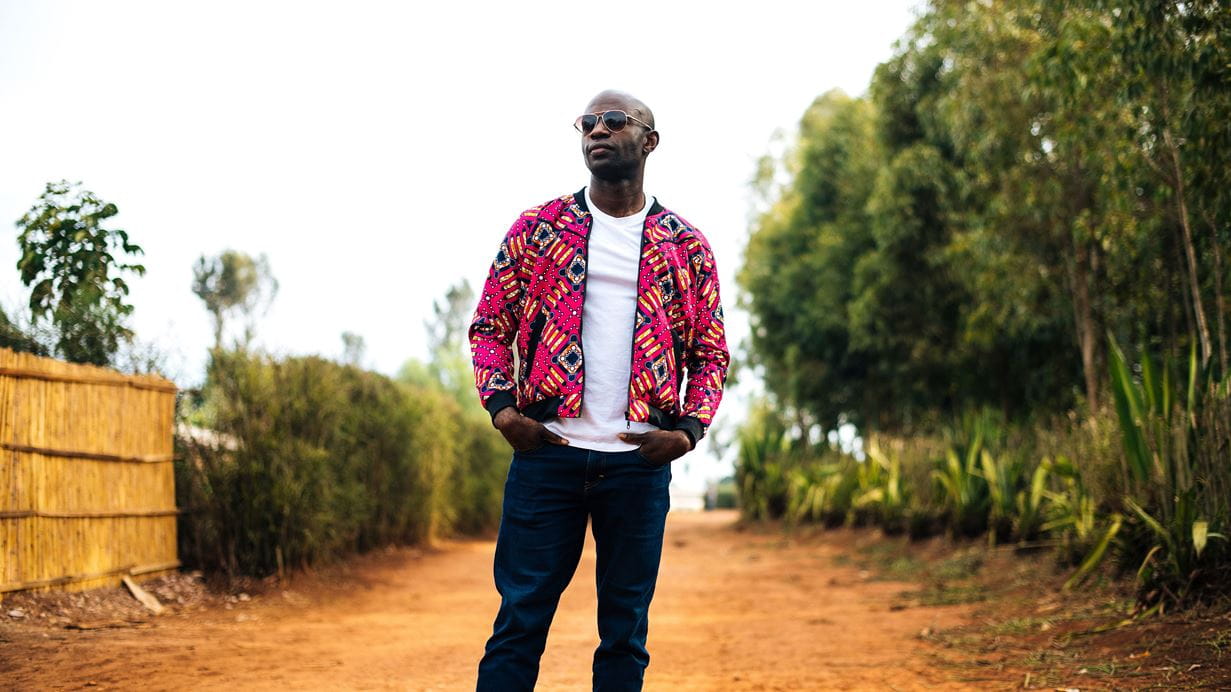 David Gyasi wears a jacket made with recycled fabric by a self-help group in Rwanda. Credit: Tom Price/Tearfund

Can you take on the challenge?

Please join David and hundreds of others in The Great Fashion Fast: wear ten items of clothing for one month, get sponsored, and raise money to help tackle the climate crisis.

The money you raise from sponsorship will go towards Tearfund’s work with vulnerable communities around the world, helping them adapt to the climate crisis and lift themselves out of poverty. To find out more and sign up today, visit The Great Fashion Fast page.