Survivors of human trafficking in Nepal are at the forefront of creating new laws to tackle trafficking. 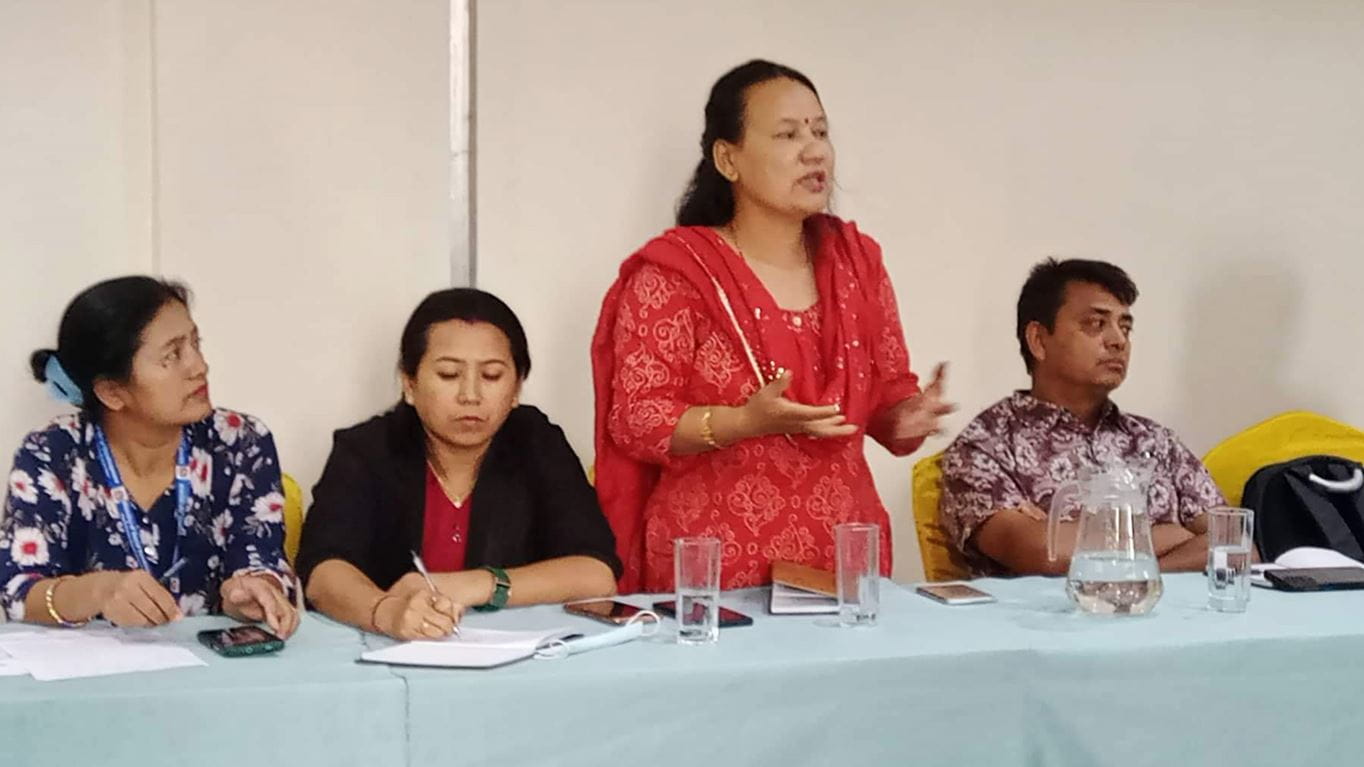 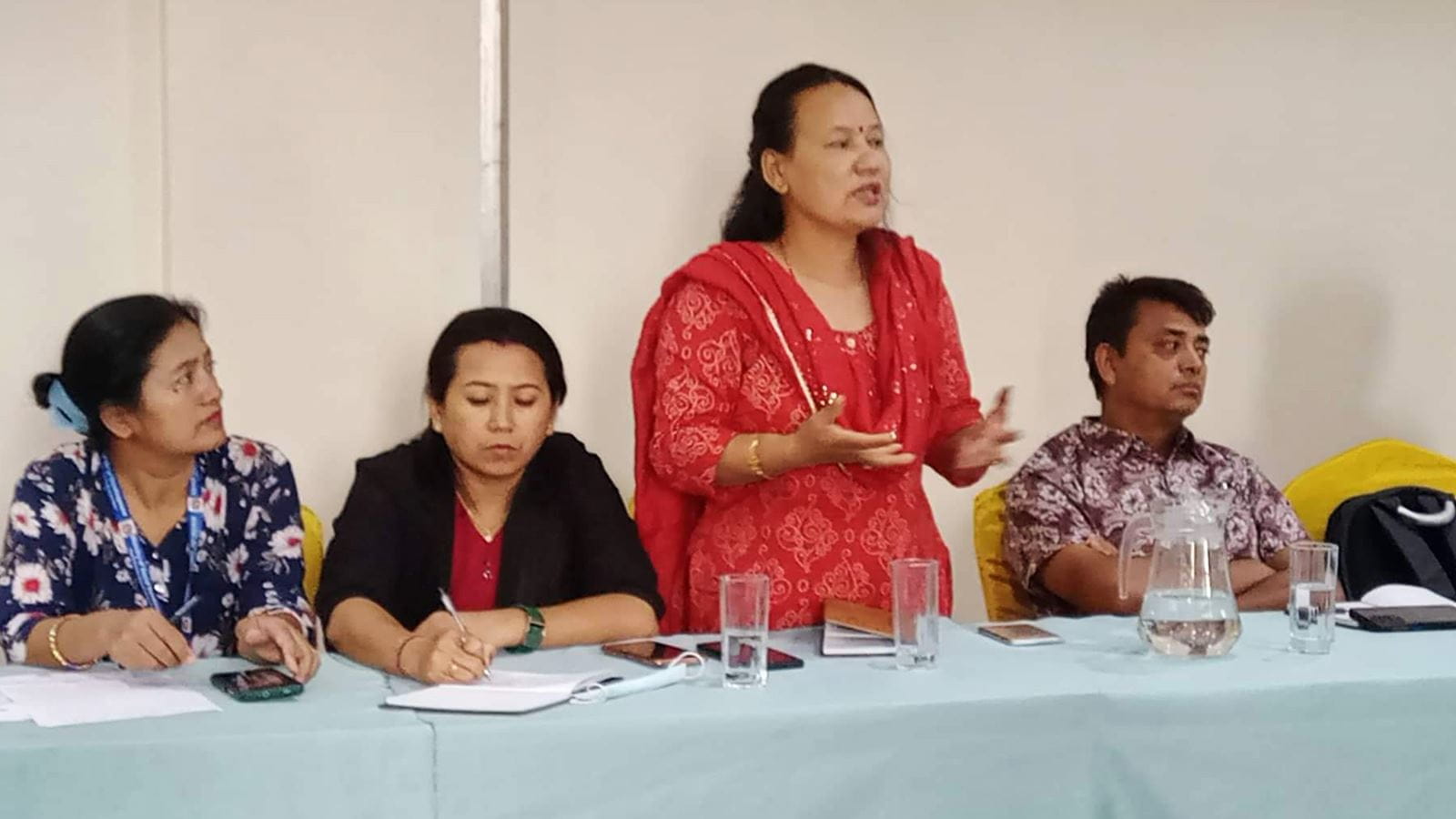 Contains mention of sexual and gender-based violence that some readers may find upsetting.

Human trafficking robs people of their dignity and freedom and violates their human rights. The scale of this issue is frightening. Millions of people around the world are trapped in sexual exploitation, forced labour or domestic servitude – often hidden in plain sight. But survivors of human trafficking are not shying away. In Nepal, our local partner, the Shanti Foundation, is working with survivors to close the gaps in law so we can protect even more people from this horrific crime.

Nepal is one of the 147 countries which has signed the Palermo Protocol. As human trafficking is a crime that often crosses borders, this United Nations convention makes it easier for international organisations and police forces to work together to bring perpetrators to justice.

Human trafficking can happen both within and across countries – so countries still need their own effective laws in place, so they can protect people at risk of trafficking, convict people of the crime and also provide appropriate support to survivors.

Nepal’s law to tackle human trafficking – the Human Trafficking and Transportation (Control) Act 2007 – does not cover all of these crucial areas. The Act was passed during a previous political regime, when the country was run very differently. This means that parts of the Act are outdated and survivors are falling through the cracks.

Meena* found it difficult to find work in Nepal and struggled to provide for her young son. An opportunity came up for her to move to Lebanon, where she could work and send money home. But once she arrived there, the employment agency abandoned her. She was lost in a foreign country. She didn’t speak the language and was quickly taken advantage of.

Meena found work as a domestic maid, but she was repeatedly physically and sexually abused and her wages were withheld.

After five months of what she describes as torture, another Nepalese woman was able to help Meena get in touch with the local Nepal embassy, who helped her to escape her situation.

Once arriving back in Nepal, Meena was able to get support from the Shanti Foundation, Tearfund’s local partner, where she met other survivors of human trafficking. Through her women’s support group, Meena is regaining her confidence and is determined to help others.

‘Even after coming back to my home in Nepal, I have got mental problems, I felt lonely and depressed… there was no love for my life,’ says Meena. ‘But after coming in contact with the Shanti Foundation’s protection project, I am so grateful that I got a new life.

‘They took care of me, provided me [with] support, now I am able to stand on my own feet and raise my voice for my rights and lead an end to human trafficking.’

Mamata* was only 13 when she left home to find work in Kathmandu, the capital of Nepal. She wanted to earn money, so she could continue her studies and also support her family who lived in poverty.

Mamata found a job as a maid, but she wasn’t paid, nor was she allowed to continue her studies. Mamata was treated badly – she was beaten and abused.

The situation became desperate and Mamata became even more vulnerable. She made a plan to escape. Through Facebook, she met a man who offered her a job in a hotel. She fled one night, and no one knew where she had gone.

‘I want to continue my studies and intend to be a nurse in the future,’ says Mamata. ‘In addition, I want to take some skill-based training to be economically empowered.’

Rejina* left her village at a young age to find work in Kathmandu. Rejina was intelligent – she wanted to continue her studies, as well as find meaningful work that would help her provide for her family.

Rejina was hired as a singer at a popular entertainment venue. However, she was soon exploited. Not only was she not paid the minimum wage, she was rarely paid on time. Or at all.

At the club, she witnessed other girls treated unfairly too. After five years, she worked up the courage to leave. It was a tough decision – at the time of leaving, she was still owed most of her wages.

After leaving she was in touch with an organisation run by people who work in the entertainment industry. It was through them that Rejina was persuaded to join a training course, run by the Shanti Foundation.

Through this course, Rejina realised she’d been a victim of forced labour. She was able to establish her rights and has been working with the Shanti Foundation to reclaim the wages she is entitled to.

Rejina now has started her own business of fish and poultry farming, and hopes to be a role model to other girls. She continues to work with the Shanti Foundation and uses her testimony to raise awareness of human trafficking and to push for changes in law.

‘I want to identify myself as a social activist and leader who works persistently on anti-human trafficking campaign and violence and discrimination against women and girls,’ shares Rejina.

‘People recognise me as a singer now, but I intend to be introduced and identified as a human rights activist and role model in society.’

The Shanti Foundation, made up of more than 100 survivors of human trafficking, is working closely with local and provincial governments. They realised there was a need to create new anti-trafficking policies for prevention, protection and prosecution.

Thanks to their efforts, the Nepalese government has now formed a committee at the Ministry of Social Development. Through the committee – and with the help of the Shanti Foundation – a new anti-trafficking policy has been drafted. This will apply to the Bagmati province – the second most populous in Nepal, and if it is successful, then it could be replicated across Nepal’s seven other provinces.

The first draft of the policy was created in April 2022. The next steps are to get input from parliamentarians, legal experts and members of the community. It is expected that this will take six to nine months to get to the final version of the policy, where it will then need to be endorsed by cabinet ministers.

Once the policy has been approved, provincial and local governments can then develop a plan of action to implement it. 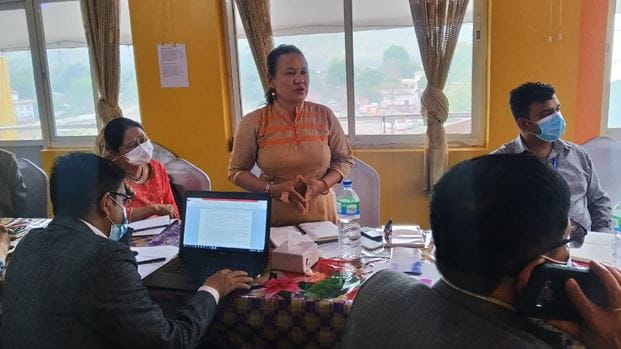 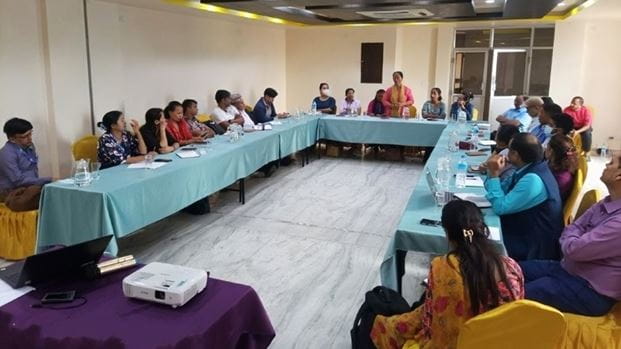 Top: Left: Representatives from survivor-led organisations share about the importance of provincial and local support to tackle human trafficking | Image credit: The Shanti Foundation Bottom: Right: The chairperson of a local survivor network gives her feedback on the new draft policy at a government advisory and monitoring subcommittee meeting | Image credit: The Shanti Foundation

Support where it’s needed most

Tearfund has been working closely with the Shanti Foundation to help them bring this new policy into fruition. This has included training on advocacy skills, so they can better represent themselves and the needs of survivors at meetings. Tearfund has also helped the Shanti Foundation set up community-level survivor networks, helped them to draft policy and provided support in government meetings.

This new policy will not only empower survivors, but will deter perpetrators of human trafficking.

Across Nepal and beyond, millions of people – particularly women and girls – remain vulnerable to human trafficking. Two of the main causes of this vulnerability are poverty and that women and girls are often viewed as being of lower status in society.

Tearfund’s work around the world is focused on equipping people with the resources and skills they need to become self-sufficient. Through this, women and girls are able to break free of poverty and are less likely to become a target for traffickers. Through our training courses in churches and communities, gender norms are being challenged, so that women and girls are able to participate more fully in society and achieve their full potential.

Please join with us in praying for all those affected by human trafficking today.