Why Gareth Southgate could be the male role model we’ve all been waiting for.

Why Gareth Southgate could be the male role model we’ve all been waiting for.

If I say the word ‘football’ to you, what word comes next? (Apart from '...s coming home'). Up until recently, mine would probably have been:

No, I’m not saying I think all footy fans are hooligans (though I was screaming at the TV in a rather yobbish fashion as Colombian players scuffed up the England penalty spot). But, until recently, a lot of what I saw and read of players and fans consisted of:

But then along came Gareth Southgate: move over Mr Darcy, 2018 has just brought us a new Reigning Gentleman.

If I’m honest, I actually felt quite anxious when the World Cup Finals got underway. Not for my safety, but because I know that football tournaments can be a scary and dangerous time for women. When crowds of supporters descend anywhere for a major tournament, the levels of sex-trafficking and forced prostitution soar. And when a national or favoured team loses, domestic violence rises too.

Although I love a good game, to me, football doesn’t always show men and masculinity at its best. At its worst, it can show aggression, drunkenness, tribalism, racism and violence. In short, the beautiful game also brings to the surface a lot of toxic, weak, ugly, fallen masculinity.

However, my anxieties have recently morphed into feelings of hope and positivity. It began shortly after England finally defeated Colombia. In the post match interview, manager Gareth Southgate talked at length about his pride at the England side keeping their cool in the face of so much provocation. I watched him celebrate with a touching gentleness and modestly – you could see his pride in the squad, but there was also gratitude and humility.

Then, the following day, I saw a photo of Mr Southgate that rocked my world. There he was, standing next to Colombian player Mateus Uribe – who had, moments earlier, sealed his team’s fate by missing a penalty. And the England manager – who had been in Uribe’s shoes 22 years earlier, missing a deciding penalty against Germany – stood with his arm draped around the shoulders of the weeping player.

Instead of showy displays of self-congratulation, England’s manager chose to dispense words of encouragement to the England squad… and consolation to a distraught opponent. Instead of pride, he chose humility. Instead of focusing on himself, he chose to focus on others. And he chose to offer a ‘blessing’ to the member of a side who had earlier been raining down the footie equivalent of curses on his team. 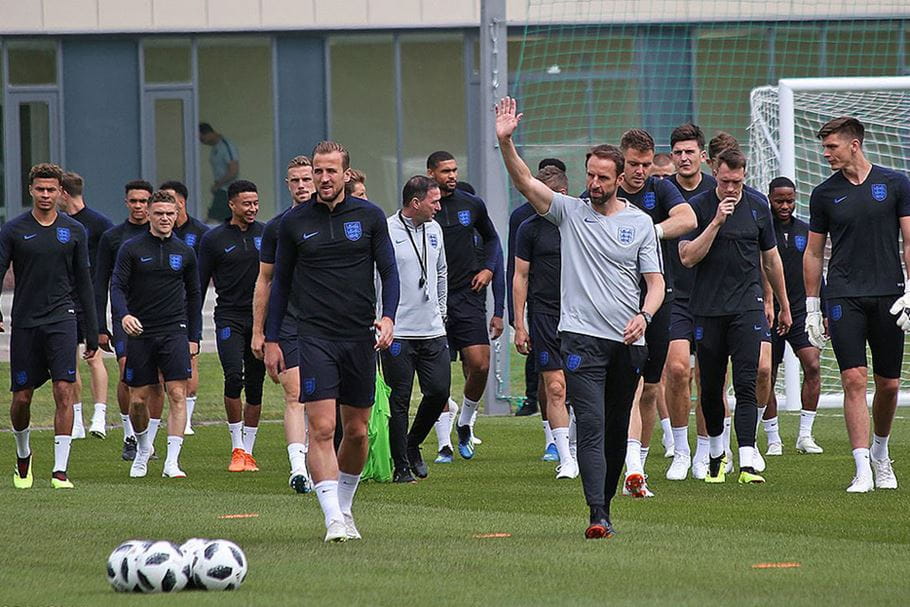 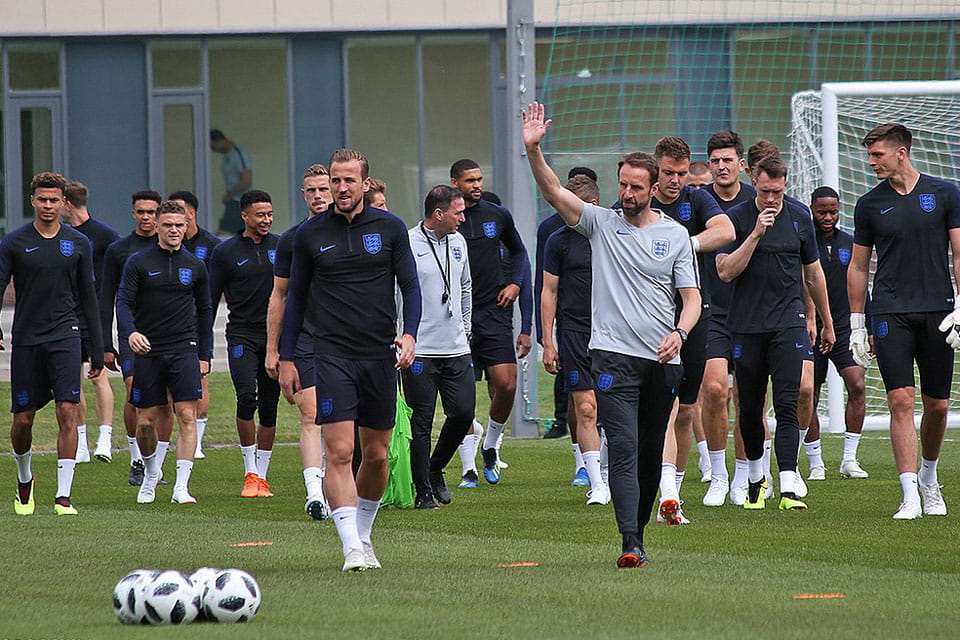 Gareth and the England squad – no tantrums, no squabbles.

There is something distinctly Christ-like about how he has conducted himself in this tournament so far. It reminds me of the Jesus who, instead of giving Zacchaeus a public shaming, gave him acceptance. The Jesus who held his tongue when accusations about him were flying around. The Jesus who taught of a father who hugs a wayward son who has covered himself in shame. Jesus was no pushover… but what a manly man – in the very best sense!

It’s hard to overstate how important a positive model of masculinity is – for individuals and whole societies. One of the key things many Tearfund partners are doing around the world is helping to redefine true, biblical, masculinity. A masculinity of encouragement, forbearance and service. A true understanding of what it means to be a husband, a father… it transforms lives, but also the fortunes of whole communities.

In an age of so much anger and so many insults flying about – in politics and on social media especially – here is a man who has triumphed without bullying, shouting down or insulting.

I have to say, I have a soft spot for a big, manly beard, but I have an even larger one for a big, manly heart. I hope with the new beards and waistcoats that we’ll see in weeks to come, that Southgate-styled masculinity will become a new, and lasting, craze too.