Finding courage when so much has been lost

The 25 April 2015 promised to be a good day for Samjana, because she had a day’s work lined up on a local farm. Although low paid, farming work was always welcome – if not always available. A day’s work might only bring in 300 rupees (about £2) but it was essential to help feed and clothe her three young children.

The 25 April 2015 promised to be a good day for Samjana, because she had a day’s work lined up on a local farm. Although low paid, farming work was always welcome – if not always available. A day’s work might only bring in 300 rupees (about £2) but it was essential to help feed and clothe her three young children.

It was nearly noon and she had already spent many hours in the field, along with her two older children, Rita (6) and Sarita (4). Samjana lives in Bhorle, a village situated 2,000m up the side of the huge Langtang Lirung mountain in northern Nepal.

Samjana’s husband Kiran, like so many Nepali men, was working abroad as a labourer. He was in the middle of a two-year stint 3,000km away in Qatar, spending his days shifting sand and stone in the scorching heat – cheap labour for that nation’s huge construction work.

At around 11.56 am, the most devastating earthquake for more than 80 years hit Nepal.

It lasted 40 seconds. Many thousands of buildings collapsed and whole villages disappeared. It triggered a deadly avalanche on Mount Everest, and the tremors were felt as far afield as Pakistan, Bangladesh and India.

As the earth shook beneath her, Samjana had only one thought: to reach Iniya, her 16-month-old daughter who was back home. So she set off, still dizzy and terrified. With aftershocks hitting every few minutes, she and her daughters made slow progress. As her home came in sight, Samjana’s worst fears were realised. It was completely destroyed with baby Iniya inside. There was also no sign of Kiran’s mother who had stayed home with Iniya so Samjana could work that day.

Many lives were spared across Nepal because the earthquake struck at lunch time when people were out and about. But for Samjana, it meant that no one was there to help search through the rubble – villagers were mostly out in the fields, and no one was equipped or trained in search and rescue. So she had to recover the body of her baby and mother-in-law on her own. 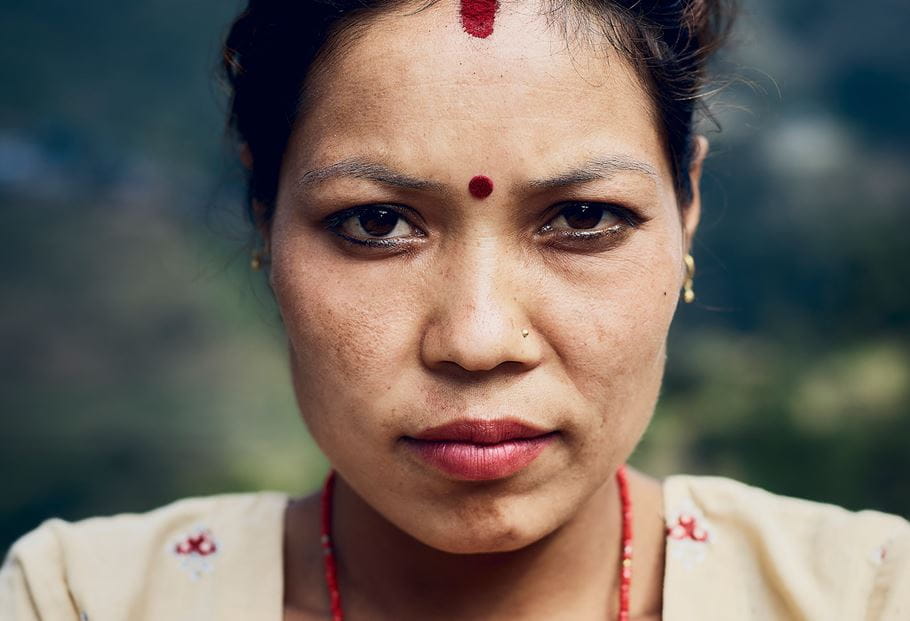 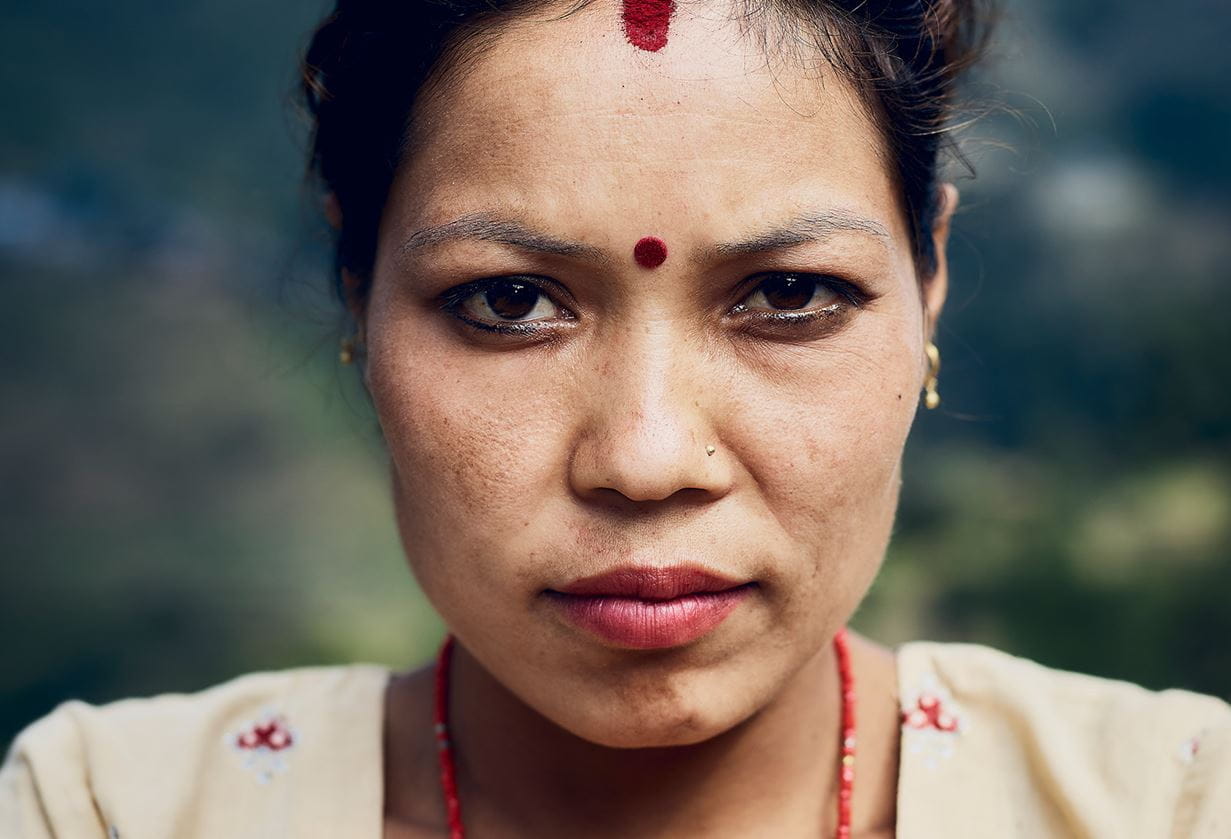 Samjana lost her baby and her mother-in-law in the earthquake. Life will never be the same, but she has found the strength to look to the future.

A life in ruins
As the aftershocks continued, Samjana – along with her mother and two surviving children – spent the night in a makeshift tent overlooking the devastation. The next day, Samjana steeled herself to go back to her destroyed home to see if there was anything to salvage. Exhausted and overwhelmed, she didn’t make it back.

She woke up in a nearby hospital. Neighbours had found her collapsed en-route. They took her back to the safety of the tent but it was clear that severe shock meant she needed proper medical care. She stayed in hospital for a month – during which a second earthquake hit on 12 May.

‘I cried a lot,’ Samjana says. ‘I cried for my family and for others.’ Although still weak, she was determined to carry on for the sake of her two surviving children. Rita and Sarita are traumatised too, even now they are still worried that another earthquake will come – a fear that Samjana shares. When she goes to work the fields, she takes her children to be at her side, even if it means carrying them.

The road to recovery
Tearfund has been working in Nepal for many years. In the immediate aftermath of the earthquake, we provided building materials and training to help families repair their homes, or construct temporary shelters. But our main focus since the initial relief effort has been to equip communities to build long-lasting, earthquake-resistant houses.

Thanks to your support, we were able to help Samjana build a new, safer home for her family – including Kiran who has returned from Qatar. Samjana’s two brothers were trained by Tearfund’s partner in how to use local resources to construct buildings with better foundations, tiled roofs and lintels reinforcing the walls. The training also alerts builders to avoid sites prone to landslides and floods.

They shared that knowledge with her: ‘Without Tearfund’s support, I would not have been able to build a new home,’ says Samjana. The house has two rooms, one for sitting and sleeping and the other is a kitchen. 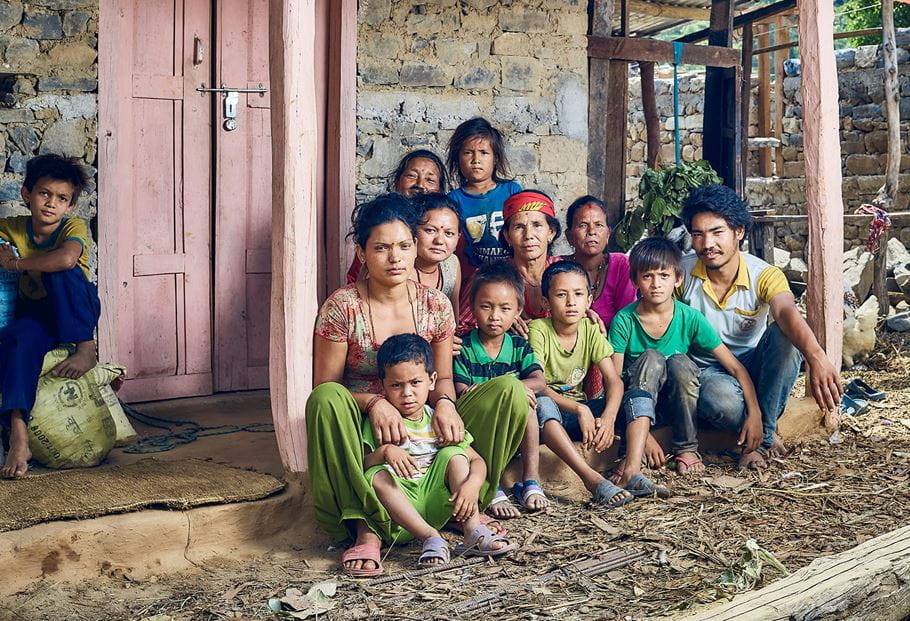 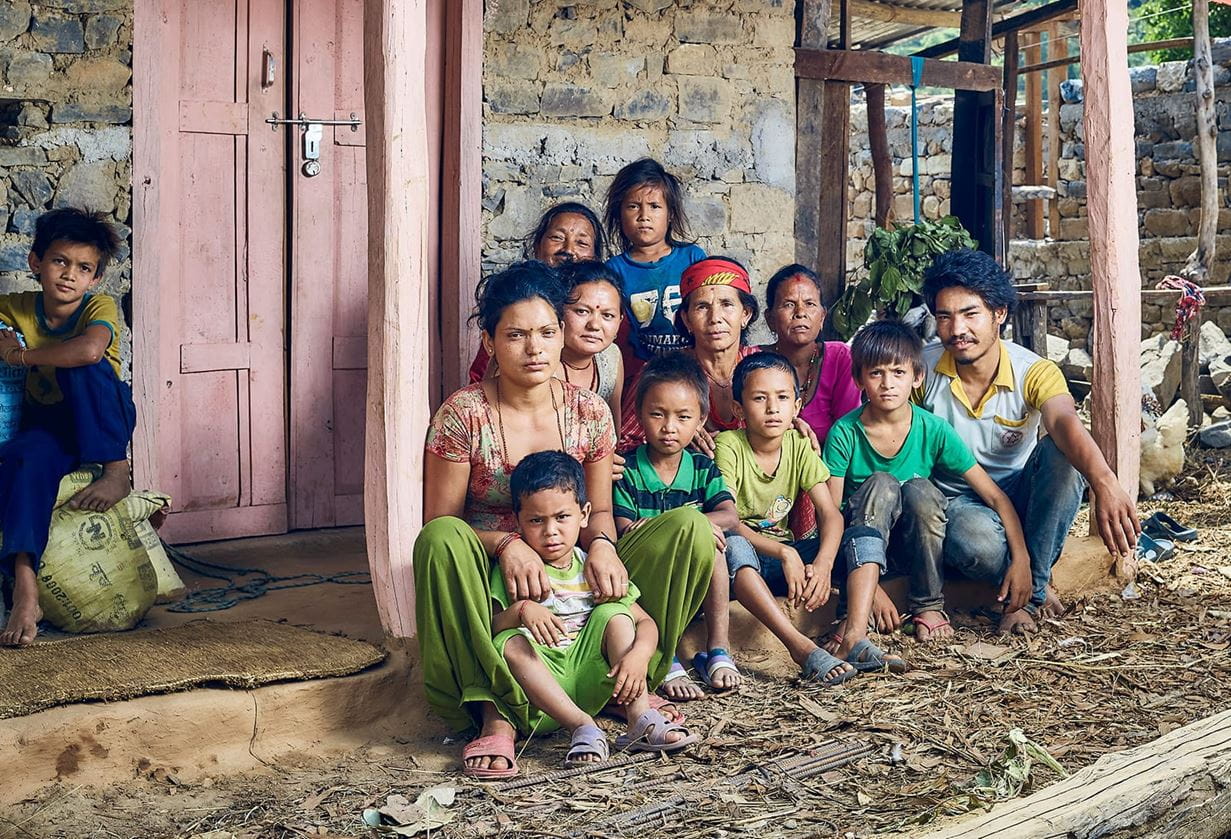 Understandably, life is still a daily struggle coming to terms with the loss of baby Iniya. ‘Your situation may be bad,’ says Samjana. ‘But we have to convince ourselves to be encouraged and fight back. We have to have courage.’

Pray for Samjana and her family, and all those still recovering from the devastation caused by the Nepali earthquakes of 2015. Lift up Tearfund’s partner staff, determined to support and strengthen communities there.

First published in the Autumn 2018 edition of Tear Times, out now.