Twenty five years after the genocide Tearfund's representative in Rwanda asks if the nation has indeed moved on.

Tearfund’s country representative in Rwanda reflects on the journey the nation has made in the 25 years since the genocide. It’s a journey he has had to take too...

April marks the 25th anniversary of the Rwandan genocide. During 100 days of bloodshed, around 800,000 people were killed – mostly from the Tutsi ethnic group, at the hands of Hutu extremists.

To mark this solemn occasion, the nation has chosen a full hundred days of remembrance. ‘It's revisiting the horrors of the genocide and remembering those who perished,’ explains Emmanuel Murangira, Tearfund’s Country Representative for Rwanda.

‘But the days that follow will focus on reconciliation and discussions on how to prevent another genocide in the future. There will be activities to help people come out of despair and hopelessness.’

Their story, my story
The journey from despair to hope, via reconciliation is one that Emmanuel identifies with. Although his parents are Rwandan Tutsis, he was born in exile in 1965, due to an earlier wave of persecution. He grew up in a refugee settlement in Tanzania, before being sent to school in Kenya, where his refugee status stayed with him.

‘I'd grown up a bitter young man because of the difficulties of being a refugee. You really feel it; you're excluded – excluded and marginalised.’
He finally came to Rwanda as an adult, shortly after the massacre, in search of the rest of his relatives. He discovered over a hundred of them had been killed, with only a few surviving.

‘In that way I came face-to-face with the genocide. I felt I'd been denied an opportunity to an extended family.

‘I was angry. If I had an opportunity to revenge, that would be something that I would have done. It crossed my mind several times.’ 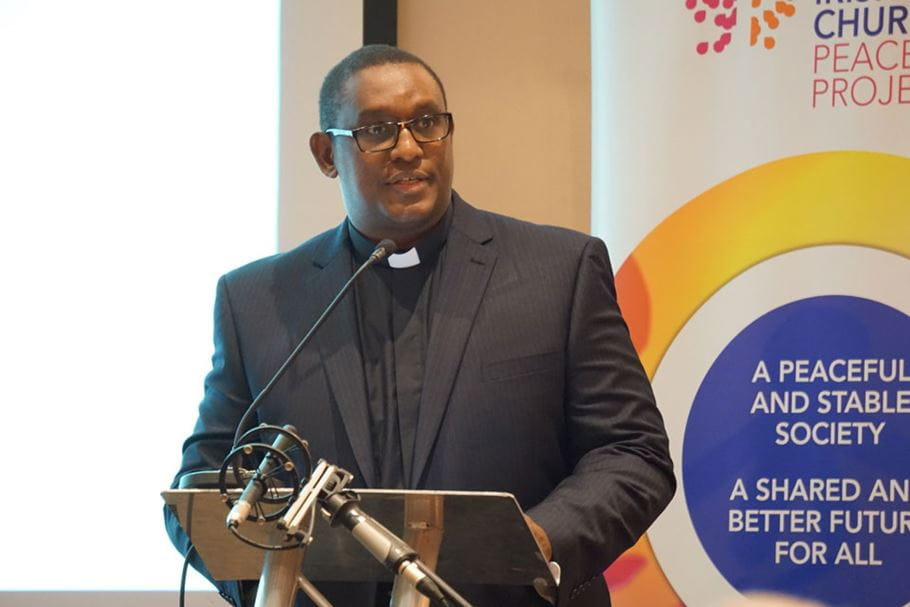 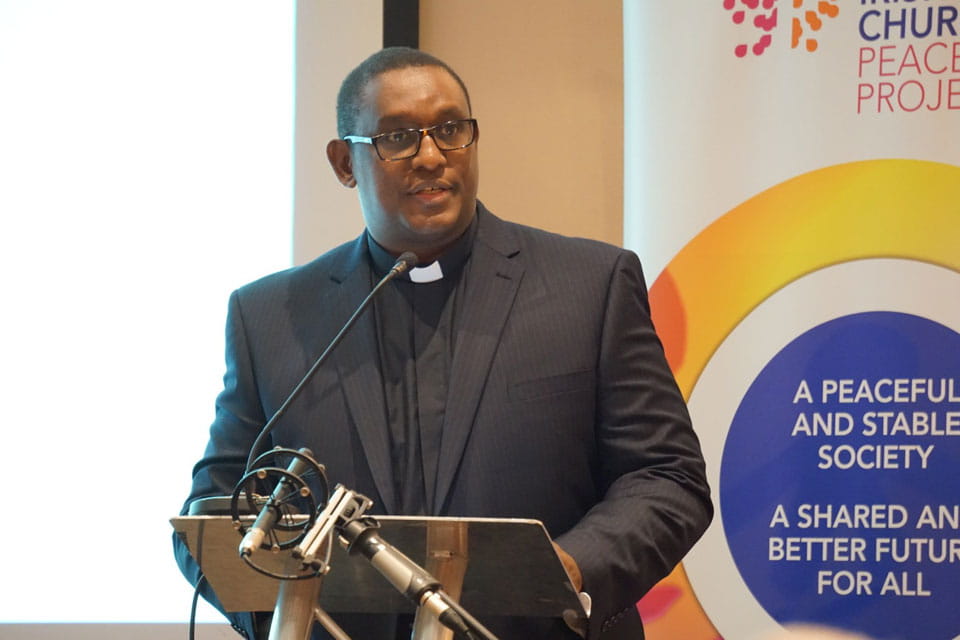 It was one of his few remaining relatives that forced him to reconsider, some years later, and still living in Kigali.

‘I was looking after my youngest cousin Samantha*, who had survived the genocide. They killed her mother and her siblings, who had fallen on top of her, hiding her from the attackers – she was only three. She escaped, afterwards. However, the man who had led the mob who killed her family saw her and drove her to an orphanage outside Kigali where he dumped her.’

Now, a few years later, Samantha had been called to go to the Gacaca courts (community courts, set up in the wake of the genocide).

‘On the second day, she came home and told me she wanted to forgive that man,’ remembers Emmanuel. ‘ I asked why, and I protested – I was very angry, telling her "You don't know what you're talking about." And she said she might not know what she's talking about, but she would feel eased up in herself. Also, she said she thought it was the Christian thing to do.’

This was a huge challenge to Emmanuel, who was a practicing believer and even working in development by now.

‘She challenged my faith very much. I'd been studying the Bible, trying to retrace my steps in my faith. I read the passage in Matthew’s Gospel, "For if you forgive other people when they sin against you, your heavenly Father will also forgive you. But if you do not forgive others their sins, your Father will not forgive your sins." (Matthew 6:14-15) And that really opened my eyes.

‘My whole faith and my whole being is actually anchored on my forgiveness of the other. And that led me to begin a process of forgiving and reconciliation.’ 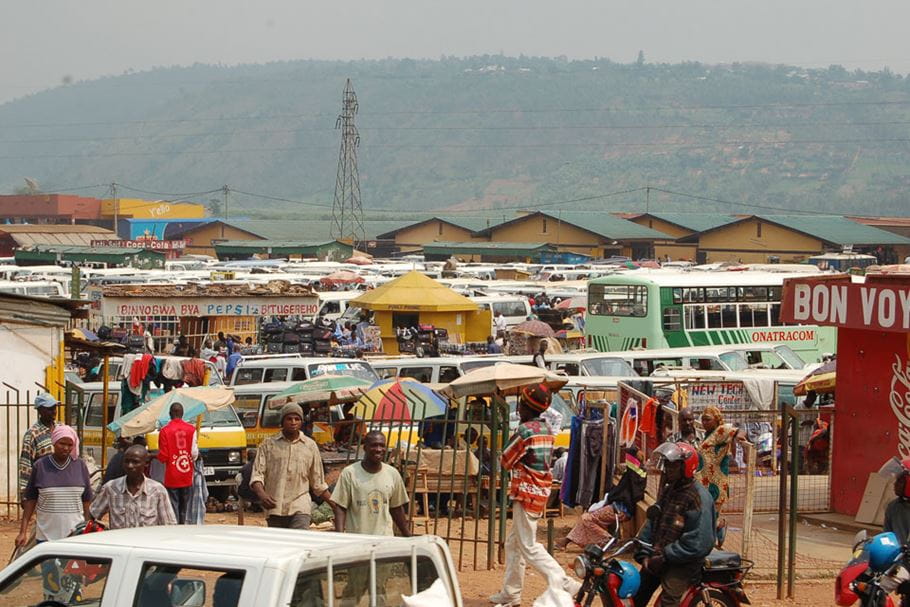 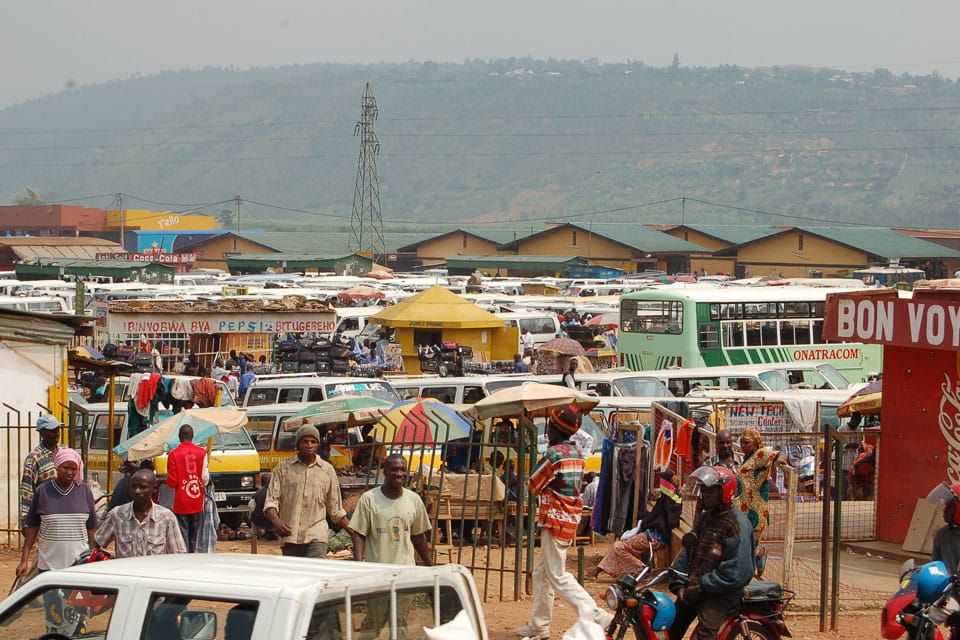 The capital, Kigali, today. 'We've got a very large population of young people who were born after the genocide, says Emmanuel. They are really a different breed of people.’

As well as changing Emmanuel, the process changed the development work he was doing – peacebuilding work began to play a central role.
He also became a church minister. ‘I still preach reconciliation, he says. ‘I think without reconciliation there wouldn’t be society, actually.’

Reconciliation has been central to the work he has been doing for Tearfund – he started working here in 2008. However he says, it plays a different role today, to a few years ago.’

‘We don’t run peacebuilding projects on their own. Now it’s integrated into the work we’re doing. We call on people to reconcile because there is everything in it for everyone. There’s a better society, there’s a different future. And most of all, for the Christian, there is the promise of heaven.’
He offers a beautiful example of the kind of ‘win-win’ that reconciliation brings.

‘I’ve seen a perpetrator marry a genocide widow whose husband he had killed,’ Emmanuel recounts. ‘They had met in one of our Solidarity Transformation Groups. And through that, the two communities came together.

‘Before, one community would not go to the lake to fetch water when they thought the other community were there. Now they have gone on to found a co-operative together that makes fertiliser mounds to grow mushrooms. The act of reconciliation has helped to lift them out of poverty’

Green shoots
Emmanuel says that the 100 days of remembrance is a positive sign that the nation has moved forward and has embraced a message that Tearfund has shared consistently for the last 25 years.

‘In 1994, when nobody was talking about reconciliation in Rwanda. People wanted justice, retributive justice. Tearfund went to the churches and said, "Yes, justice is important, but ultimately Christ commands us to forgive."’

While a significant number of people still live in extreme poverty, Emmanuel says he is optimistic, largely because the nation is ready to move on and work together.

‘Twenty five years down the road I think it's quite different now. People seem to be focusing more on hope than despair and hatred. It's not surprising because we've got a very large population of young people who were either too young to remember what went on or were born after the genocide. They are really a different breed of people.’

Emmanuel says he’s hopeful for the future. As well as dealing with the seismic divisions between Hutus and Tutsis, he says there is another reason for hope.

‘The people have owned up to what happened. They’ve accepted the fact that this was done by Rwandans and therefore, the solution must come from the Rwandans themselves, not outside.

‘We might not bring back the people who were killed, but we can chose a very different future for our nation.’