More than 911,000 people have fled violence in Myanmar and are now living in refugee camps in Bangladesh. They are surviving in extremely basic conditions. Of these, an estimated 7,700 are orphaned children.

People are in urgent need and so last summer we launched an emergency appeal to help those who had lost everything. Many people have generously given so that Tearfund and our partners can begin responding.

The crisis is ongoing, but there is hope. Here are three stories of how lives are being transformed.

The freedom to play
Every child should have the freedom to be themselves – to have fun and enjoy being a child. However, when conflicts happen this is one of the first things to go.

Alamgir* fled Myanmar with his wife and two children. Before arriving at the camp he was a farmer and the family owned their own home. But it wasn’t safe for them to stay. Alamgir was tortured, all of his crops were destroyed and the family made the painful decision to leave everything behind.

Although life in the camp is tough, he says it is better than being tortured. At least he and his family are safe.

One thing that has significantly improved their quality of life has been the introduction of child friendly spaces in the camps. These are a lifeline – a place for children to play and just be themselves, as well as take part in informal learning.

They are vital in making sure that the very real threat of a lost generation of Rohingya does not come true. Children in refugee camps are particularly vulnerable to trafficking, child marriage and other forms of exploitation and violence.

These spaces have brought back a sense of normality for Alamgir and his family, and for countless others too.

Alamgir is now a community leader in the area of the camp where he lives. This is a voluntary role, which helps those who live there have a voice in the day-to-day running of the camps. Now that the child-friendly space has been set up, he has more time to help out with issues that arise in the community, as he doesn’t have to keep coming back to check on his wife and children to make sure they are safe.

Zannatul works for one of our partners in Bangladesh, and helps to run the child-friendly spaces. Before these were created, children were shy and nervous. Now, she says, they are much happier. She has developed strong friendships with them. Zannatul is on hand to listen to the children, but also encourages them to stay away from unsafe areas in the camp and warns them about the dangers of trafficking. 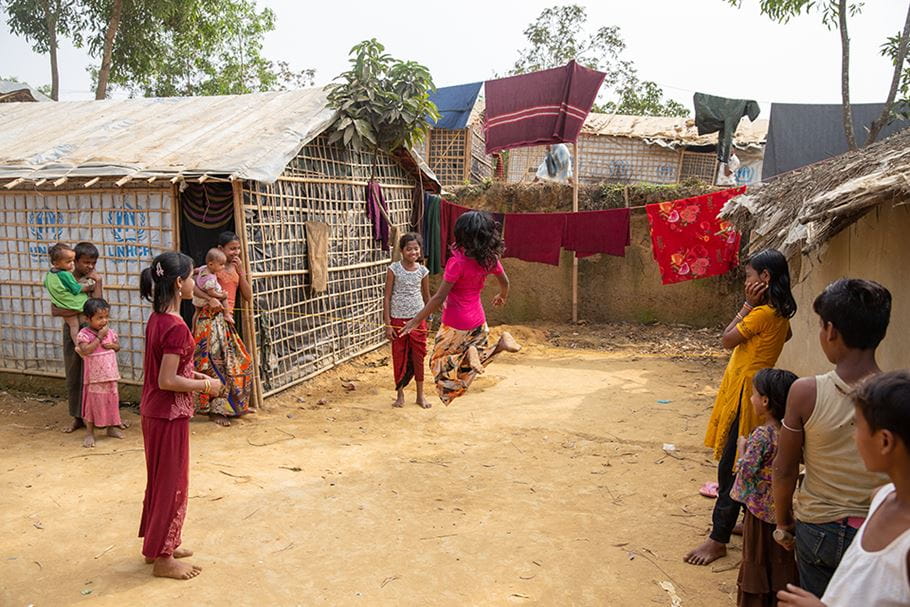 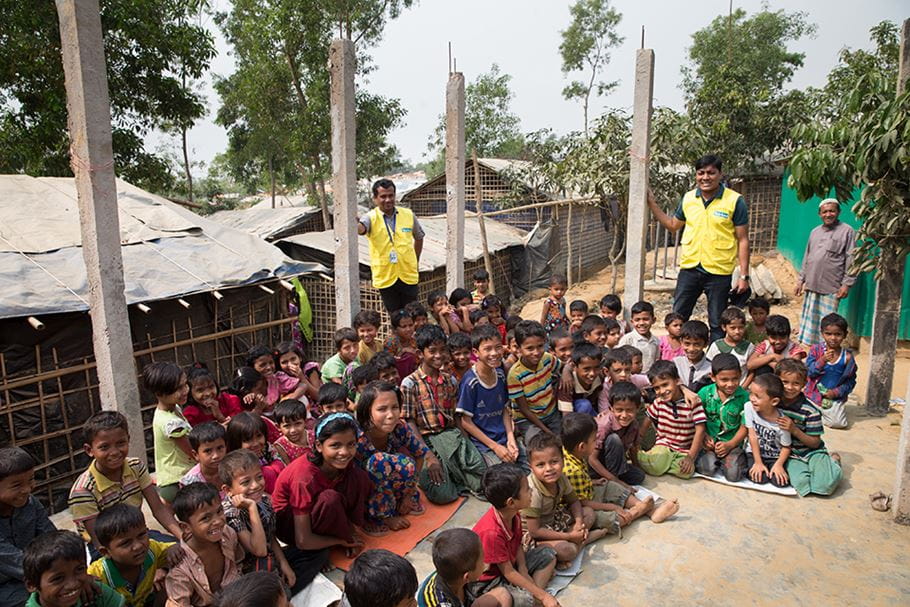 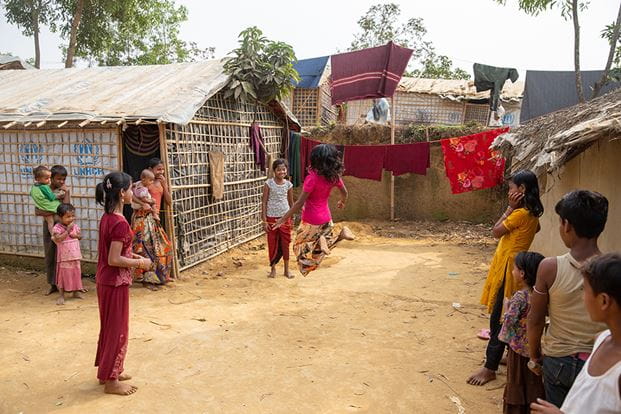 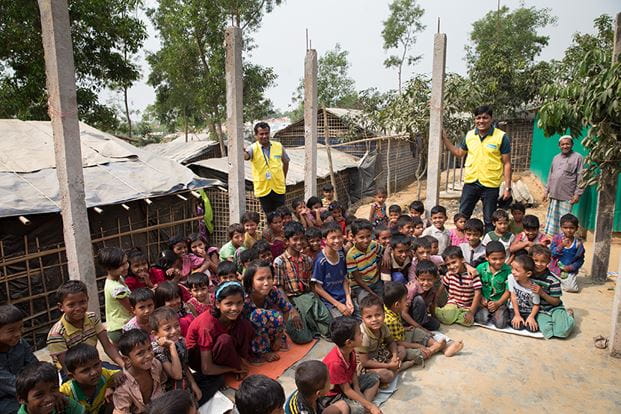 Providing safe spaces for children is a priority for Tearfund so we can help them begin to recover from the extreme trauma they have faced.

A safe space to shower
Noor ran for her life when the shooting began and her house was burnt to the ground. She left with her husband, their two children and her mother-in-law.

Life in the camp is extremely hard. When the family arrived there were no shower facilities. Noor felt like she had no other option but to wash at night, in the dark, while other families were sleeping. She felt so unsafe her family would take it in turns to guard her while she washed. Scared, bereft of choice, she also limited the risks by only washing a few times a week.

After speaking to the people living in the camp, Tearfund’s local partners built a female shower block in an accessible and safe space in the camp. Noor is now able to take daily showers at any time of the day. She is delighted at the freedom this has given both her and her family.

Now she helps keep the shower block and the area around it clean so that many more women can use showers too. Noor says these showers have given her family their dignity back.

‘The WASH systems in the camps were very bad. They were dirty and smelled, which created an unhygienic environment,’ Tearfund’s Response Manager in Bangladesh, Nicholas Biswas says. ‘But Tearfund’s local partners are working to find solutions to these problems. They now employ people to clean the drains regularly. The situation in the camps has changed and people are starting to breathe fresh air. Please pray that our local partners can continue these vital cleaning services in the camps.’ 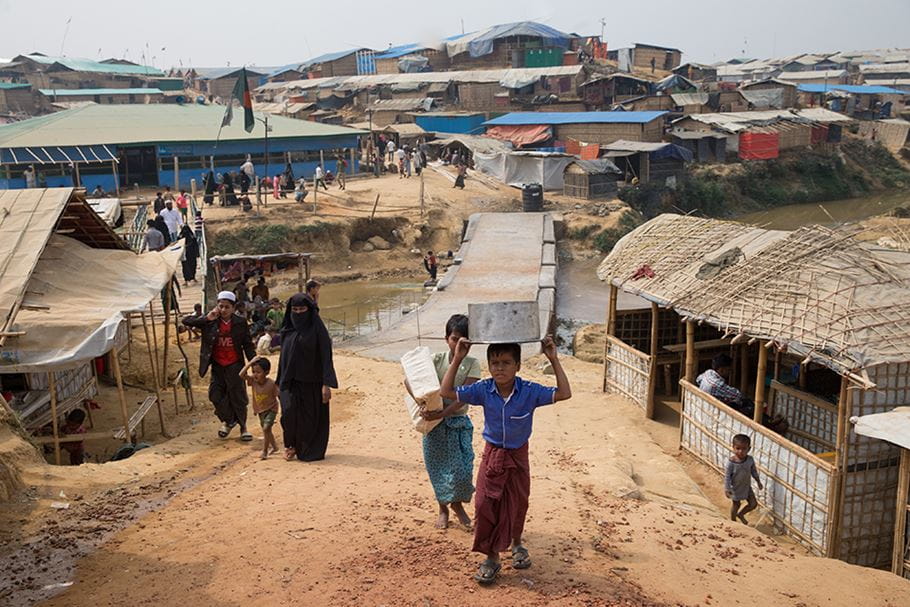 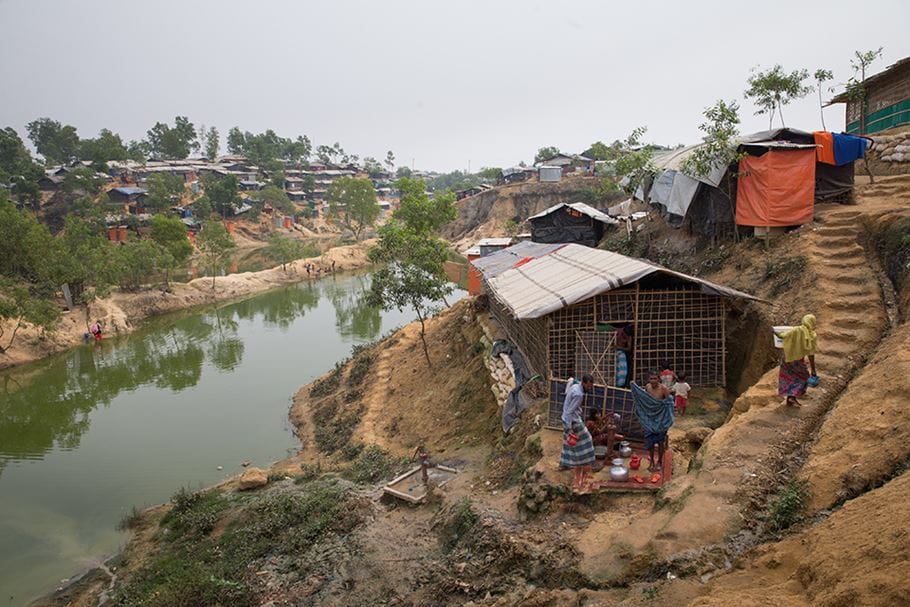 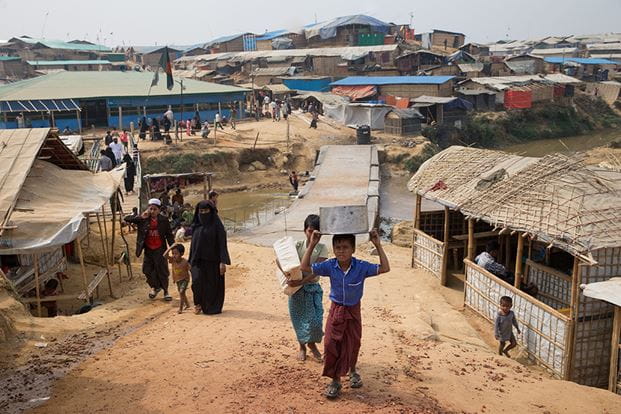 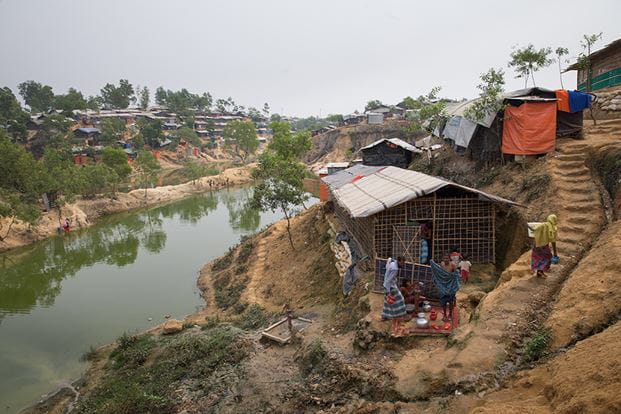 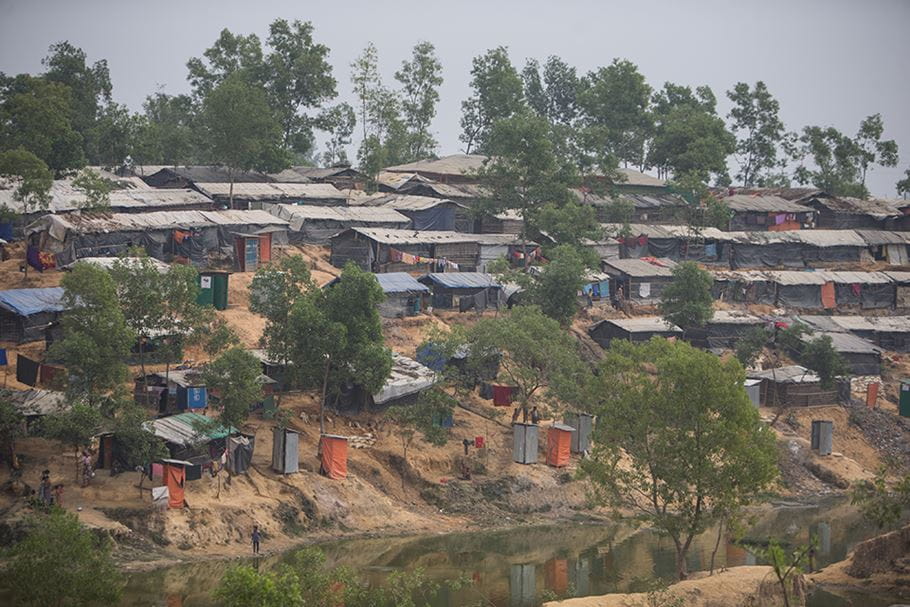 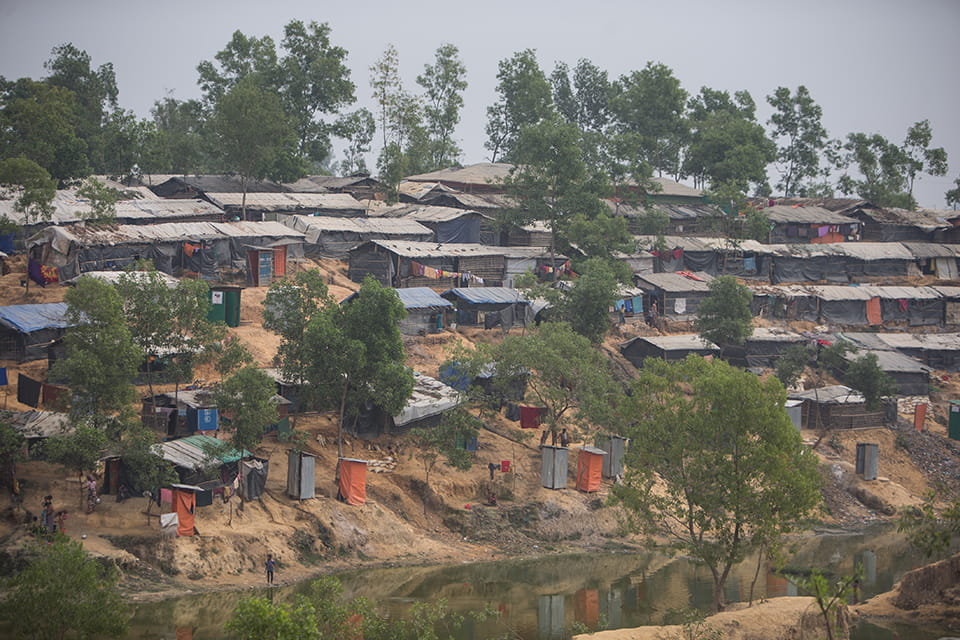 Cox’s Bazar in Bangladesh is the largest refugee camp in the world.

Let there be light
It took Habiba and her family two agonising days to reach the camp after they fled their home. Her grandson was shot in the arm, but thankfully survived. They are still traumatised by this journey, and the violence they encountered.

The family now lives together in the camp, but they were struggling. There were no lights near their house, meaning from 6.30pm to 6.30am every day the whole area was plunged into total darkness.

Twelve hours a day housebound. They were scared of being attacked or having an accident. Many children and older people have fallen into the nearby drains, which in the dark is an even scarier experience. Everything – going to the toilet, the shower or gathering water – all had to be done before dark.

Our local partners were in the camps talking with people about what they needed. This gives people the opportunity to have their say about what matters to them. Habida was one of the people our team met with and she requested a light system that we were able to provide.

Now a solar light powers the local area. Delighted, Habiba and her family can use the showers and other facilities whenever they need to. Before the light was fitted, she was sometimes afraid to sleep at night, but the light is so powerful it gives her a greater sense of security, and she can sleep in peace.

Habiba talks of having her dignity restored to her, and is very grateful to all those who’ve made this possible. She hopes that more lights will be installed as there are many more areas within the camp in desperate need of light.

It’s not too late to give to our Rohingya appeal. There is still time to make a huge difference. Your gift can provide comfort in the darkest of times.

*All names have been changed to protect identities