As a young girl living in the Democratic Republic of Congo (DRC), Birungi's life already seemed scripted – she wouldn't be able to go to school as she would have to look after her younger siblings, and when the time came she would marry a man chosen for her, becoming his property.

Birungi followed the first part of the script. "I was very sad, I wanted to go to school but I could not leave my younger sister and brother", she says. But then she was thrown a lifeline. 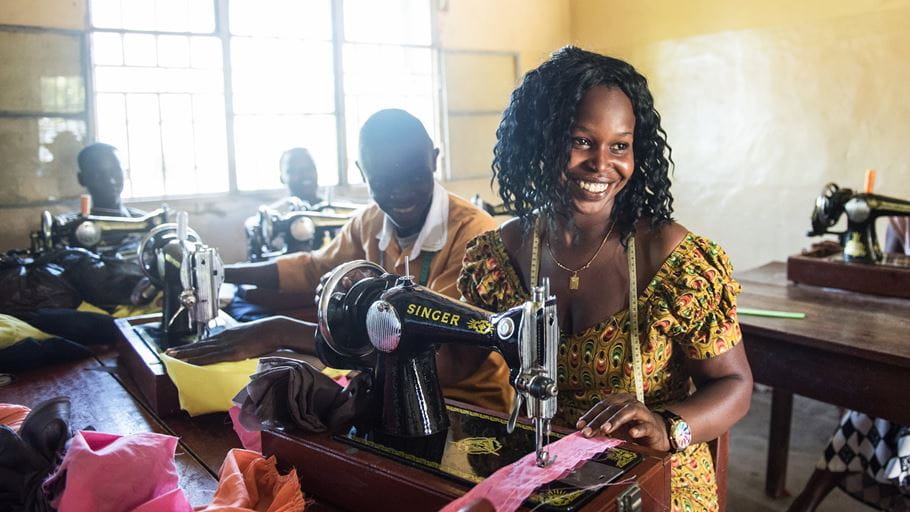 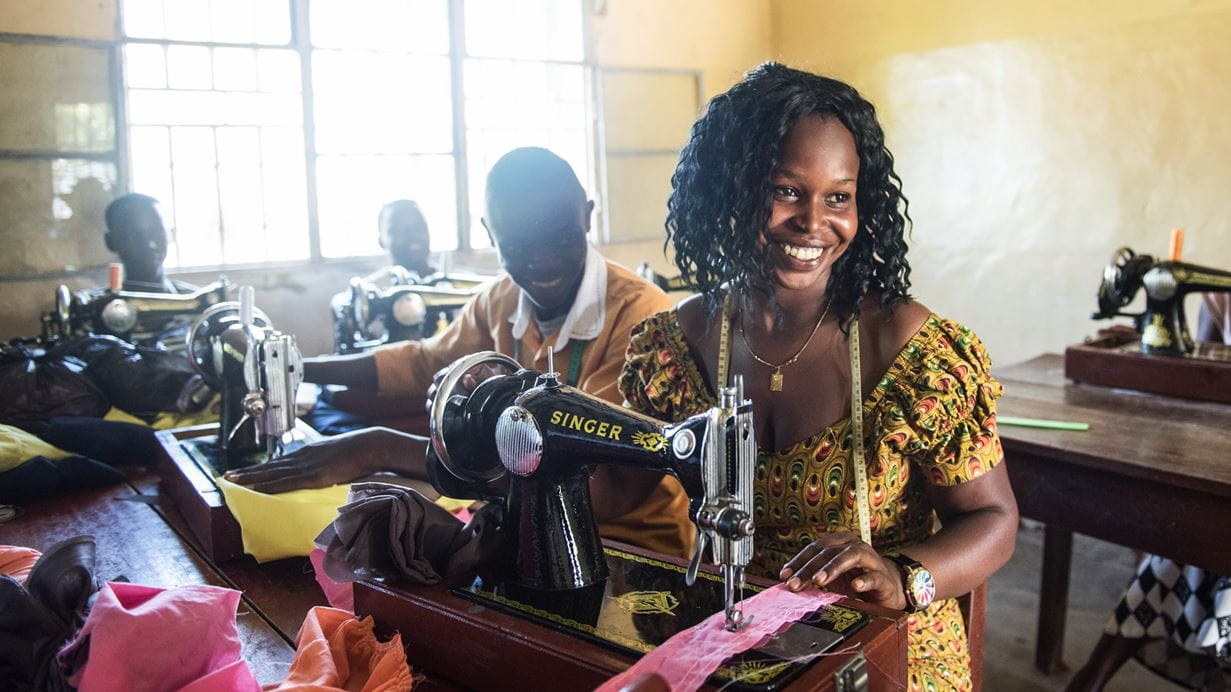 It came in the form of a sewing machine. Birungi's uncle had heard of a training centre run by Tearfund's local partner, Action Entraide and encouraged her to apply.

She was accepted and excelled. As she spent time with her teachers she also grew in her faith and understanding of God - her self-belief was blossoming. "God's word says we are all equal", says Birungi confidently.

Armed with this new confidence, a fistful of skills – not only in sewing but in business – and the precious gift of a sewing machine, Birungi's life was taking off.

From strength to strength

She started a business making clothes. She sewed, she earned and she saved. Some of her earnings she spent on a better sewing machine, enabling her to sew faster, and soon she had saved enough to buy a piglet. She continued to sew while she raised the pig; and once it was big enough, she sold it and used the profit to buy a calf.

Now 22 and flourishing, with a good tailoring business and the potential to breed cows, Birungi is delighted with her newfound stability and economic independence. "Now I'm able to buy food and clothes and to take care of myself", she says. But even more exciting for her is the restoration and freedom she has experienced. Birungi holds her head high, defying the limitations put on so many young girls in the DRC.

She is now confident in her identity as a precious child of God, capable of great things. And she is choosing her own path. No longer carrying the label of ‘just a woman’, she's a role model for those around her.

The miracle of a changed life like Birungi's shows us that an end to extreme poverty is possible. But there are many more like her who need a breakthrough. In the DRC alone, only 28% of girls have the opportunity of attending high school*. Too many lives remain broken. "I long to see other girls restored and set free", says Birungi.

Your generosity can help make this possible. £12 a month for a year could enable two people in the Democratic Republic of Congo to learn business skills and flourish, like Birungi.