A vision for all: a Bible study

Explore with your small group how you and your church can be a part of caring for God’s creation.

We’ve created this Bible study for small groups to help you explore how we can care for God’s creation, including our global neighbours. It includes a real-life story of transformation, group questions for discussion, a creative activity, prayer points and suggested further resources. We hope it encourages and inspires you.

‘The earth is the Lord’s and everything in it, the world and all who live in it; for he founded it on the seas and established it on the waters...’ (Psalm 24:1-2)

What a vision! The whole world with all of its beauty, wonder and mystery has been intricately designed and is deeply loved by our amazing God. God claims the whole of creation – including us – as his own, and longs for every part of it to flourish.

An inspiring vision, but also a sobering reminder that we have so often failed to take care of the world God adores. This has led to wider creation – including people made in God’s image – suffering.

The climate crisis is a stark reminder of a world pushed to breaking point. It’s hitting people living in poverty the hardest – those who have done the least to cause it. People like Estele from Malawi. Estele has been the chief of her village for ten years and is seeing first-hand the devastating impact of the climate crisis.

Estele’s community relies heavily on growing maize for food and income. But the climate crisis has led to more erratic weather patterns. There are now frequent floods and droughts that bring disease and mean their crops fail again and again. Hunger is a common struggle.

Deforestation adds to the problem, as it decreases the quality of the soil and makes rivers more prone to breaking their banks. This means villagers have to deal with crops being washed away, as well damage to their homes.

‘When your people are struggling with hunger you are not happy because you can't develop your village when people have no food,’ says Estele. ‘Children don't go to school because they don't have enough food. It's so challenging.’

Things began to change when a Tearfund partner came to the village and taught the community a new farming method known as ‘conservation agriculture’, as well as how to make organic fertiliser.

The results were impressive. Estele went from harvesting 15 bags of maize a year to harvesting 70. ‘Now people have enough,’ Estele says. ‘And they have extra for sale because we have surplus food.’

Villagers were also taught how to plant and raise seedlings to overcome the problem of deforestation, and now trees are growing all around the village. 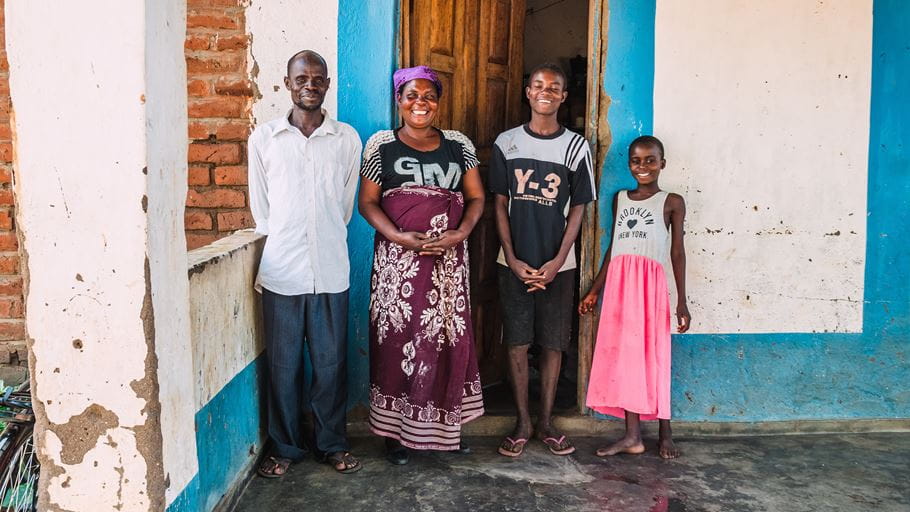 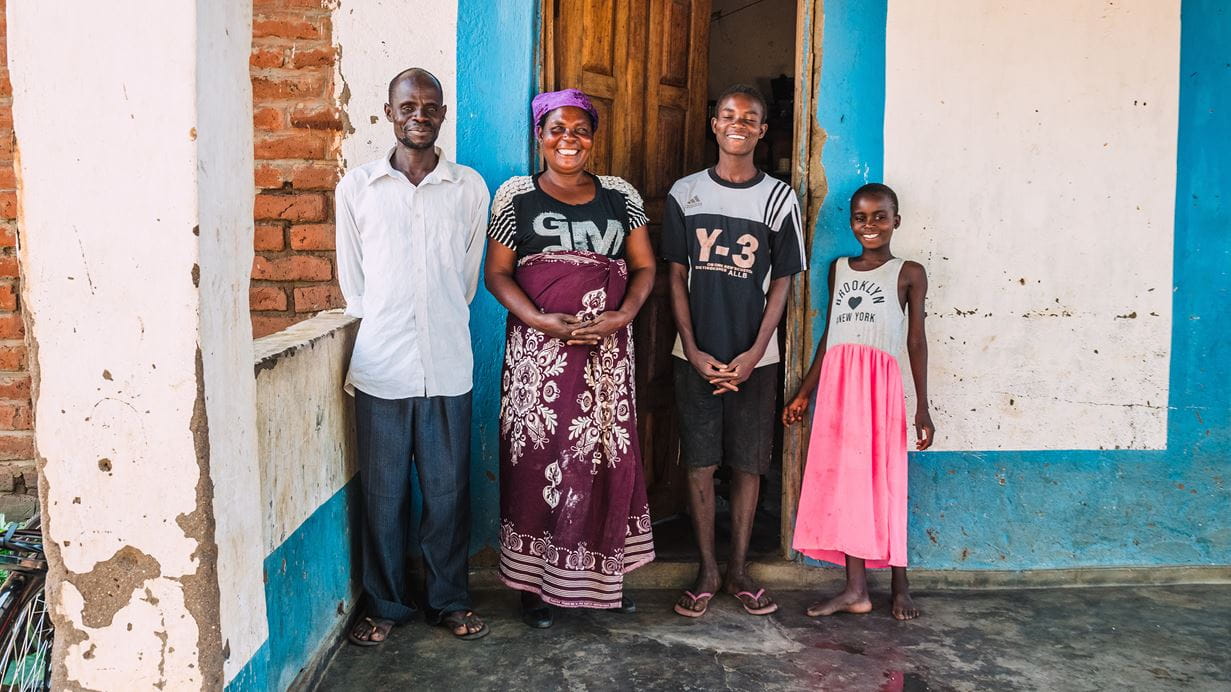 Estele with her husband, Amoz and their two children. Their lives have been transformed by training given by a Tearfund partner | Photo Credit: Alex Baker/Tearfund

‘The Lord God took the man and put him in the Garden of Eden to work it and take care of it.’ (Genesis 2:15)

‘And what does the Lord require of you? To act justly and to love mercy and to walk humbly with your God.’ (Micah 6:8)

Your next small group study

For a closer look at the climate crisis and how Christians are called to respond, why not watch Christianity and Climate Change, a nine-part film series and discussion guide featuring Christian climate scientist, Katharine Hayhoe.