Cause for celebration: how a community overcame hunger

How a local church in Burundi partnered with their community to eradicate child malnutrition in the area.

At 13 years old, Chanelle already knows what she wants to do when she grows up: ‘I want to be a doctor,’ she declares with a big smile. ‘Yes she can!’ affirms her mother, Diane. ‘She is a survivor, and I believe that God has great plans for her.’ They are celebrating that their village in Burundi is now free from hunger. Here’s how it happened…

Nine years ago, Chanelle almost died of malnutrition. ‘She was very weak – we didn’t know what was wrong. At the hospital, she was diagnosed as being severely malnourished,’ explains Diane.

Diane, her husband and their six children live in Matana, in the south west of the country. Like 90 per cent of Burundians, they are smallholder farmers doing subsistence farming. This means they are growing crops and raising livestock just to feed their families – there is nothing left over to sell and earn an income from.

But with the effects of the climate crisis, such as changing weather patterns, made it harder to farm. This meant there was even less food to go round. Things began to get worse. In one year alone, more than 200 children in the community were sick – all due to malnutrition.

The Anglican Diocese of Matana, with the support of Tearfund, knew they had to try and turn things around. They set up a feeding and support centre in the community. Chanelle was one of the children who was treated for severe malnutrition. And, after two months of support, she made a complete recovery.

‘It was a scary time and a wake-up call for us and for the whole community. We decided to put our efforts together, work with the diocese, and make sure our children will never be sick of malnutrition again,’ says Diane.

The diocese ran training programmes with mothers in the community to help them keep their children safe. This included teaching them to make a special porridge that ensured the children got all the nutrients they needed. The porridge is made with local ingredients such as maize, soybean, peanuts, sugar and oil, to make it accessible for everyone. There was also training on the importance of good hygiene practices – such as handwashing.

And the support didn’t stop there. To help the community be free from poverty for the long-term, the diocese worked with families to help them make the best use of the land for farming. This included sharing new techniques so they could adapt to the changing weather patterns.

‘I have a kitchen garden in my home where I grow different kinds of vegetables,’ says Diane. ‘We have embraced the teachings we received, and in the last years, we have not had any cases of malnutrition in our community – instead our lives have positively changed!’ 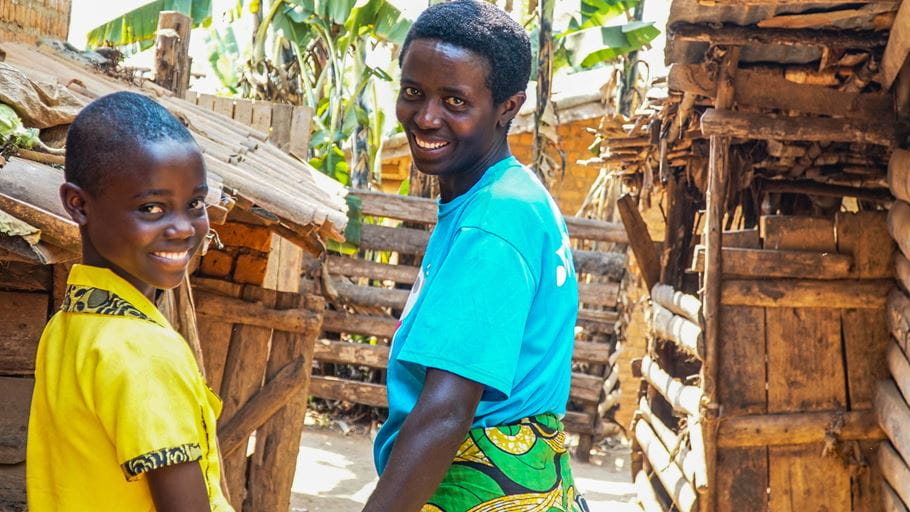 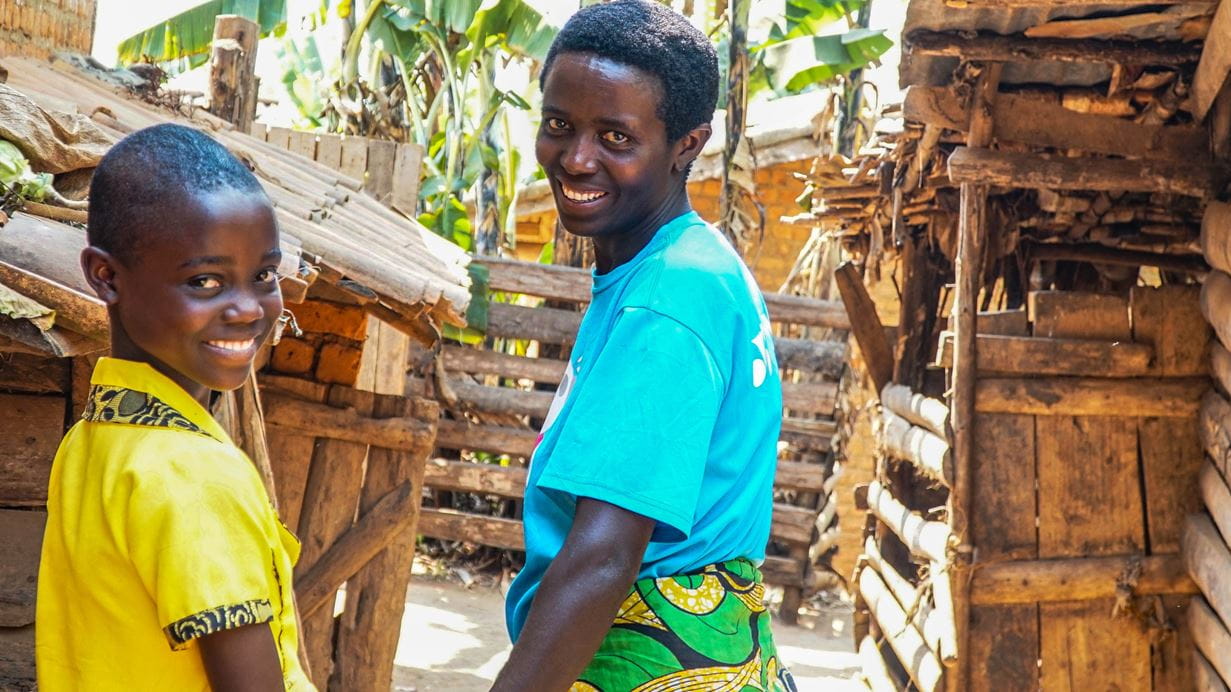 Chanelle made a complete recovery and her future is bright. Praise God that child malnutrition has been eradicated in Matana, Burundi | Credit: Diane Igirimbabazi/Tearfund.

The future is bright

Shared pain brings people together. The diocese helped parents who had sick children to form self-help groups so they could continue to support each other – as well as sharing advice and recipes.

But self-help groups are so much more than just emotional and practical support – they enable people to save money together and discuss business activities to help them to overcome poverty for good.

‘In our group of 17, so far, we have purchased four cows, and our aim is to buy a cow for every member, as a cow produces milk for the family and manure for the crops,’ says Diane. ‘We grow vegetables in the swamps during the dry season – something we never used to do. 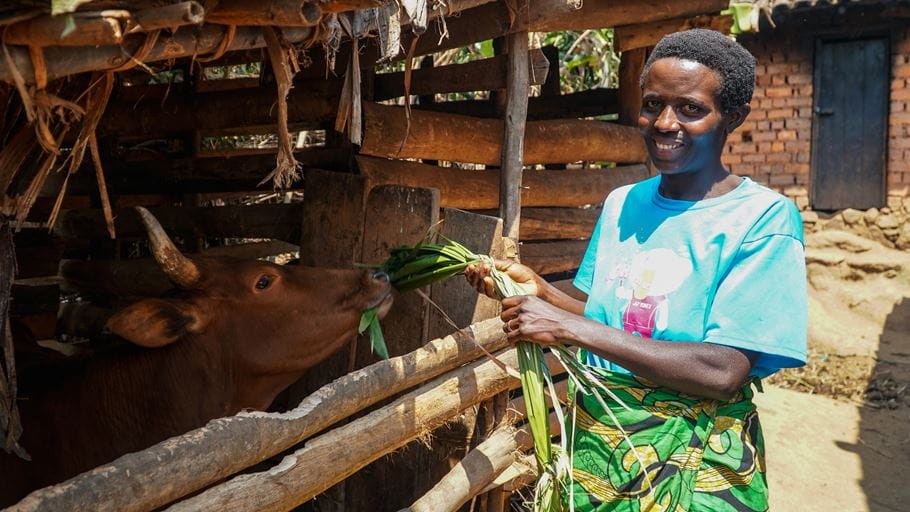 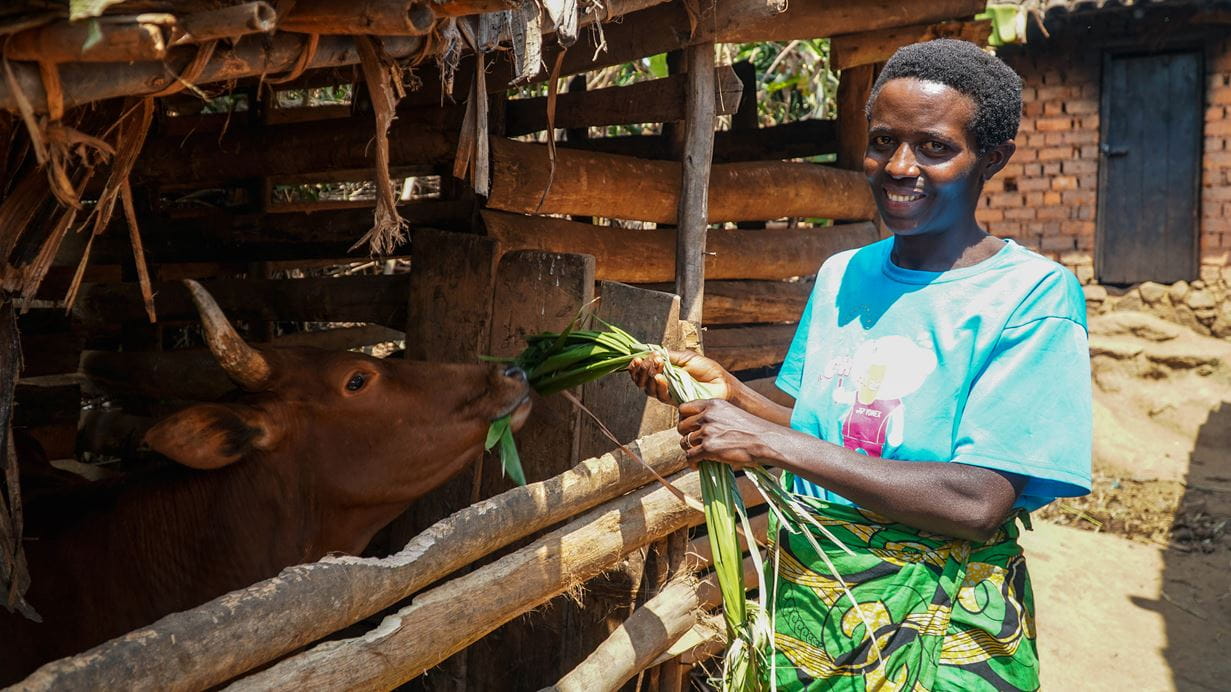 Diane feeds the family cow that she has been able to buy through the help of the self-help group she is a part of | Credit: Diane Igirimbabazi/Tearfund.

‘Our mentality and behaviour have changed – who could have thought that the people who didn’t have enough food for their children nine years ago could be doing so well today? We are grateful to God!’

Diane is now a leader in her community. She trains other mothers on how to prepare meals that will prevent malnutrition and gives advice on maintaining good hygiene. Her family is doing well. Chanelle is in the top of her class, and Diane is very proud, and believes that she will have a great future.

Bringing change and transformation into communities is never easy, but with the right support and the help of the local church, much can be done... and this small village in Matana is living proof.

Saviour God, Thank you that you are a light to the world. Thank you for how you mobilise your church for good. To you we give all the glory, amen.

Loving God, Thank you for how you helped this community overcome hunger. Thank you for the bright futures these children now have. To you we give all the glory, amen.