Where time stands still: life in the Rohingya refugee camps

An update on what’s happening in the Rohingya refugee camps since the coup in Myanmar, and how you can be praying.

How do you face the day when your past is a nightmare and your future is a fog of uncertainty? This is the reality for Rohingya refugees. Trapped between an unspeakable past and an unclear future, desperate to return to a home that is out of reach, their lives have come to a standstill.

Patricia Pagulayan, from our team in Asia, talks to Tearfund’s James Rana, who works in the Rohingya refugee camps in Bangladesh. He shares what life is like there at the moment, and how you can be praying with us.

A shelter – but no home

More than 1 million people live in the camps – half of whom are children. The camps are congested. ‘There is not even an inch gap between houses – and they’re not houses. They are plastic tarpaulin tents, not houses,’ explains James.

Families share limited facilities in the camps. One toilet will serve more than 20 households, each with five or six members. That’s more than one hundred people using one toilet, sometimes more.

‘The situation is hard for any type of person,’ he shares. ‘Living in this camp is not a good, happy place.’

The camps are situated on a hillside, which has very few trees and poor soil. There is a huge risk of landslides and flooding. Bangladesh is also prone to cyclones. ‘So far there have been no cyclones in the camps, praise God,’ says James. But with the climate crisis causing more frequent and severe disasters, this could soon change.

‘It’s the dry season now: [there’s a risk of] fire. As you’re aware, a couple of weeks ago there was a massive fire – a lot of people lost their lives as a result, and more than 15,000 houses have been burned... Coronavirus is another thing.’ 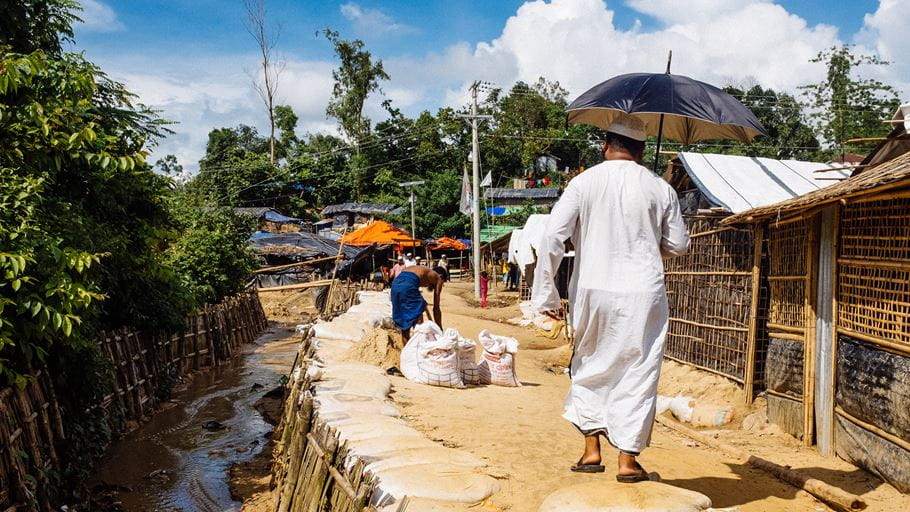 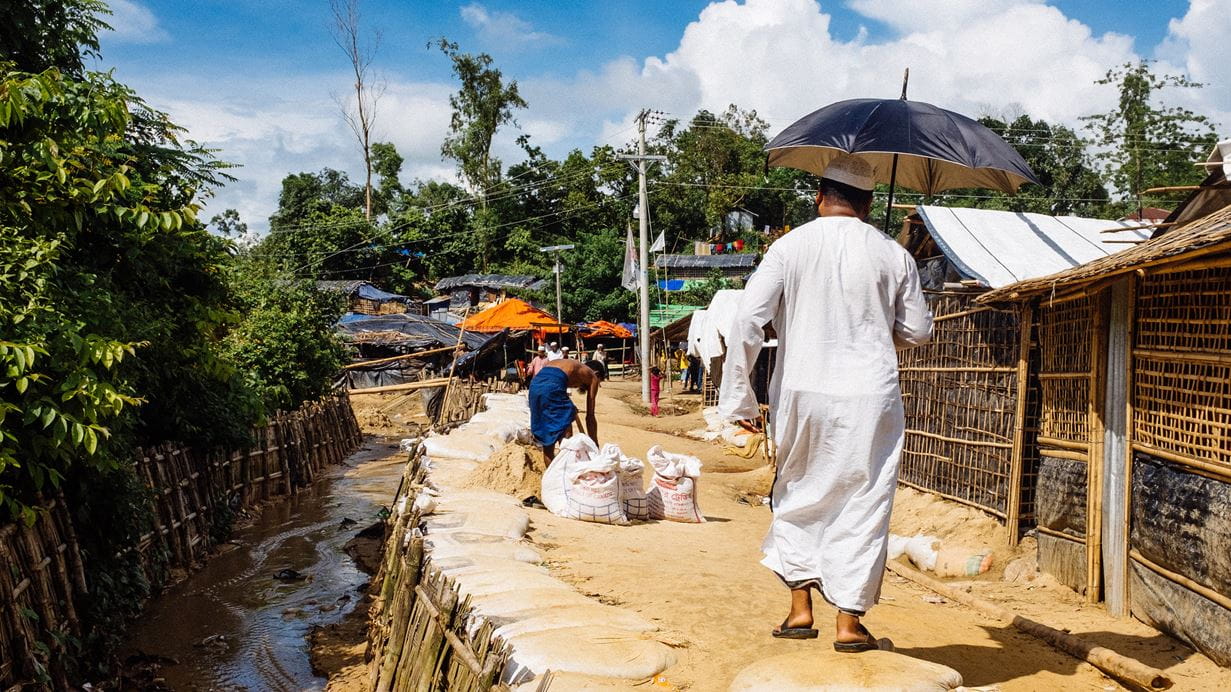 Living conditions in the camps are hard. Tearfund and our local partners are doing all we can to support the Rohingya refugees | Photo credit: Andrew Philip/Tearfund

Home is where the heart is

‘The Rohingya people really want to get their houses, their homes back,’ explains James. ‘Happiness wise, it’s still not there because they want their homes back.’ But, with the current military coup in Myanmar, this hope looks even more unlikely. When the news broke of the coup, James shared that the camps were filled with tension.

To support the refugees, one of the many things that Tearfund is focusing on is skills training. People in the camps now have ways to fill their time with opportunities like sewing classes, giving them skills (and a way to earn an income) that they will be able to take with them to whatever is next.

‘We do not know what the future [holds]. But from Tearfund’s side we will be with them if there’s a need.

‘On behalf of everybody I would like to share our deepest thanks because without your support nothing would be possible... We have been able to keep going for three years because of your support,’ concludes James.