Peter Shaw, Editor of Tear Times, offers inspiration in how to keep praying for people suffering without enough water. 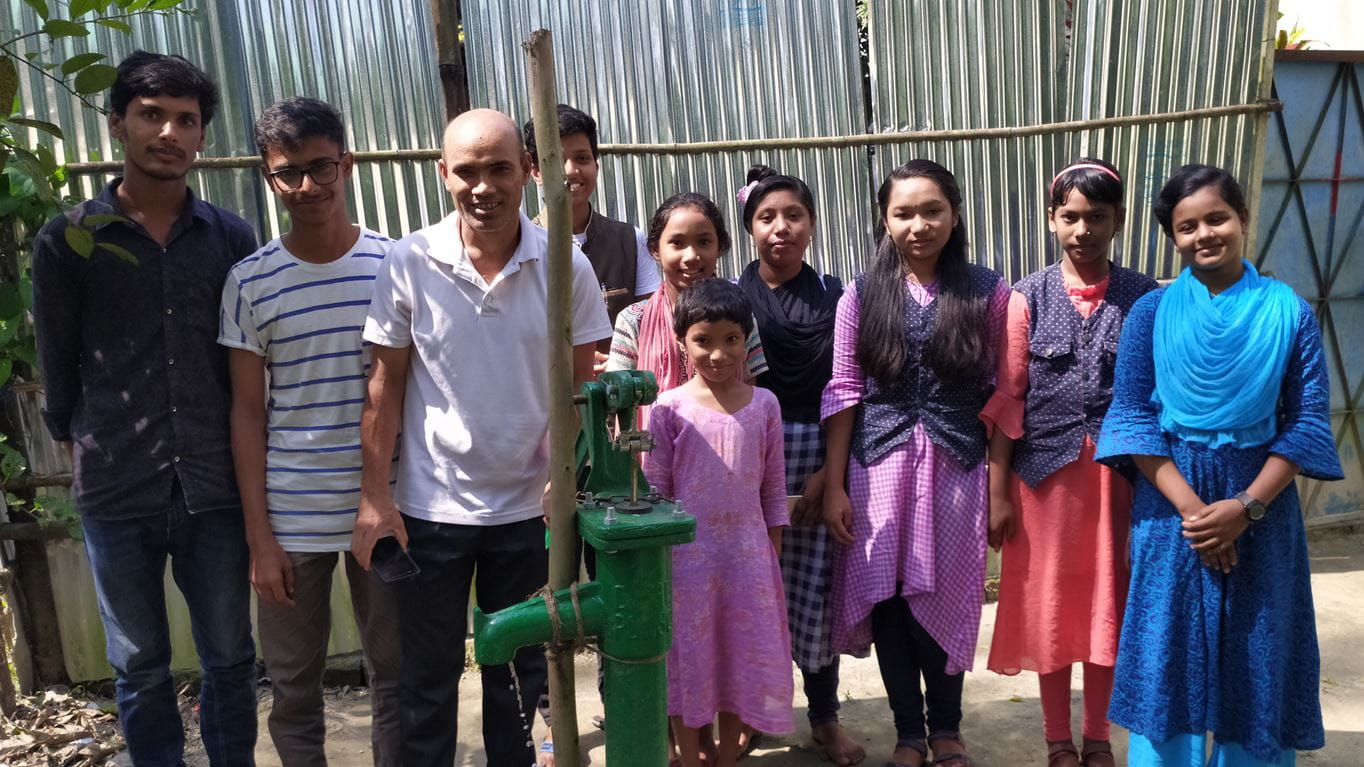 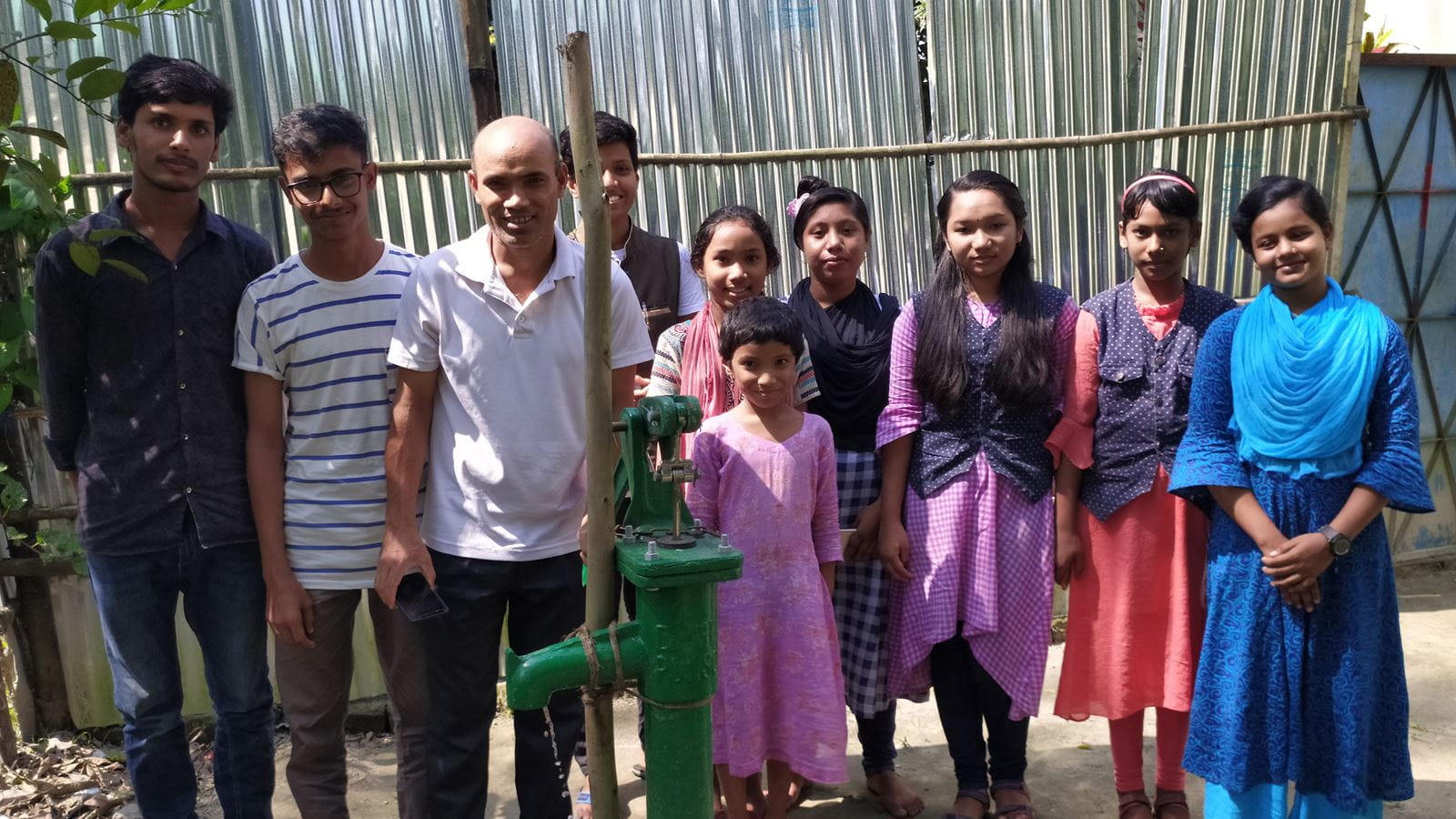 It’s hard to keep praying for ongoing and widespread issues such as drought and lack of water, so here are two inspiring and encouraging stories – one from a rural community in Bangladesh and the other from the Old Testament prophet Elijah – to keep you motivated.

Pastor Poresh put a donation box in his church as an act of faith. His community in the small, remote village of Motherpur, Bangladesh, had suffered for a long time because it lacked water.

They only had one tubewell, a manually-operated pump that lifts water from beneath the ground. It wasn’t enough to supply the needs of his community, who were often thirsty and felt unable to work. They wanted to build another well, but for that they needed a full collection box.

Because of climate change, periods of drought are becoming more prevalent and lasting longer, as temperatures rise and water evaporates. Climate change is also creating a vicious cycle where drought means fewer crops grow, so plant cover is reduced, which causes the soil to dry out more quickly, even after it rains. To find secure water sources, you have to dig deeper underground.

Of course, drought is not a new phenomenon, nor is our need to cry out to God for people struggling because they lack water. Around 3,000 years ago, the ancient land of Samaria had suffered drought for three years.

The biblical account in 1 Kings 18 tells of how the prophet Elijah – who was in exile because he denounced Samaria’s King Ahab for worshipping false idols – was told by God that the rains will come. And he was to tell King Ahab the news. To do this, Elijah would need a lot of faith and determination.

At Tearfund, we often share stories about drought and ask you to pray with us. We know that it’s hard to keep persisting. When all around the earth looks dry, it takes a leap of faith to believe the rains will come…

Back to Pastor Poresh’s collection box. When he put it out, it was empty and that new tubewell seemed a long way off.

In 2018, I visited Pastor Poresh’s church soon after Tearfund’s partner, Lamb Hospital, had begun to reach out and help his community. They had just started Bible studies, supported by Lamb. The studies had two aims: to grow their faith by teaching the community about God, and to inspire people that God wants them to be active in overcoming the problems they face.

When I spoke to Pastor Poresh, he was new to the village and it was very early days. ‘The people here are not well educated,’ he said. ‘They are very poor. There are many areas that need to be developed.’

Since then, Poresh has been supported by Pollobi Sarkar from Lamb to help the community identify the things that were holding them back and seek to make changes to overcome them. ‘It became clear that having only one well was causing many difficulties,’ says Pollobi. 'We called the whole community together to pray for another tubewell as a matter of urgency.’

The prayers inspired the Bible study group to work on a solution. They found an ideal spot for a pump in the church grounds, but they still needed funds to pay for it.

The Bible gives us many examples of how our faith can help us see beyond a current crisis to how God can bring transformation. Even while the ground was still parched, Elijah could miraculously hear the sound of heavy rain. Elijah sent his servant off on a series of journeys to see if the rain was starting. After the seventh time, he reported seeing a small cloud forming. Just that glimmer of hope was enough for them to set off to tell Ahab about the power of God demonstrated in the coming downfall.

In Pastor Poresh’s church, the collection box started filling up. This spurred on the Bible Study Group. They went with the pastor to ask the local council, the Union Parishad, for more help. Recognising their determination, they agreed to pay for the pump. The community used the 3,500 Bangladeshi Taka (About £30) they had collected to install the new tubewell.

‘We are very happy that we were able to set up the well,’ says Pastor Poresh. ‘It took a huge effort by the Bible Study Group and the pastor,’ adds community member Kuheli Roy. Now the people of Motherpur have enough water to drink, which is helping them have the energy to carry out more improvements.

We hope that the story from Bangladesh and the inspiration from Elijah has encouraged you to persist in prayer for countries and communities affected by drought. You could take more inspiration from Motherpur and put out a collection box at home. Every time you pray for communities suffering because of a lack of water, you could add a short prayer note and put it in the box. After a few months, you will see all those prayers adding up to spur you on to keep praying.

A prayer for living water to flow…

Spirit of God, who hovered over the waters at the very beginning, who washes our bodies with pure water and sprinkles our hearts clean.

Let us draw near to you as we thirst for justice for people suffering without enough water. Where rain is needed, let it rain enough for the land to be refreshed but not overwhelmed. Where water is flowing underground, help communities to discover and bring it to the surface.

Help me, as I live in a place where water is abundant, to treasure all that water gives to us, How it keeps us clean and refreshed, how it feeds us, our plants and animals. Keep me inspired and motivated to pray for people for whom every drop is precious.