Making the church a safe space for refugee women

Warning: contains mentions of sexual and gender-based-violence that some readers may find upsetting.

Refugee women face many challenges as they settle into a new community. Many live in fear of violence, and some are still processing the trauma of attacks and assaults they have experienced on their journey. But churches across Colombia are now offering these women the acceptance and support they need to heal from the past and build a new life.

Colombia is home to more than 2 million Venezuelan refugees. They have fled the ongoing economic and political crisis in their home country and now face the challenges of adapting to and integrating into a foreign culture. But instead of finding support, they often find themselves isolated and discriminated against.

‘When I arrived in Colombia, I felt very strange. Everything was different for me. The way of speaking, dealing with people, especially the aggression of men towards women,’ remembers Julie, a Venezuelan refugee who has now settled in the Colombian city of San Juan de Urabá. ‘I was scared because some men tried to grab me with force, so it was all very difficult for me. I was even scared to go out on the street.’

Churches across Colombia have been reaching out to Venezuelan refugees like Julie, letting them know that they are not alone. Tearfund and our local partner have been equipping Colombian churches as they do this, encouraging them to make their churches a safe space for migrant women and helping them to set up Trauma Healing groups.

Julie is one of the hundreds of women who have been supported by one of these groups. It was at her local church’s Trauma Healing group that she finally found acceptance, community, and healing.

‘It is the first support that I found here in Colombia for migrants like us,’ says Julie. ‘When I arrived at the church I found the peace that I previously did not have… when I got to the church I saw that it was like my family. I arrive and they hug me, I leave and they hug me. It really has made me think about changing my life.’ 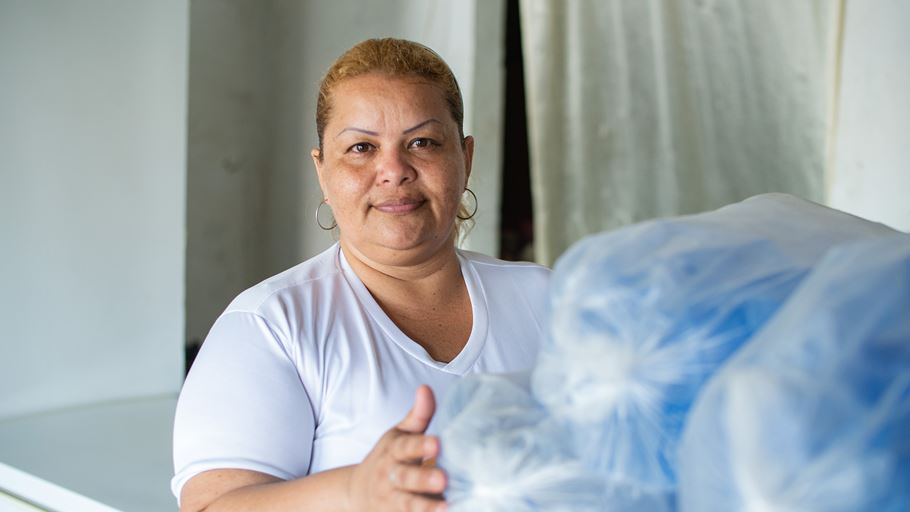 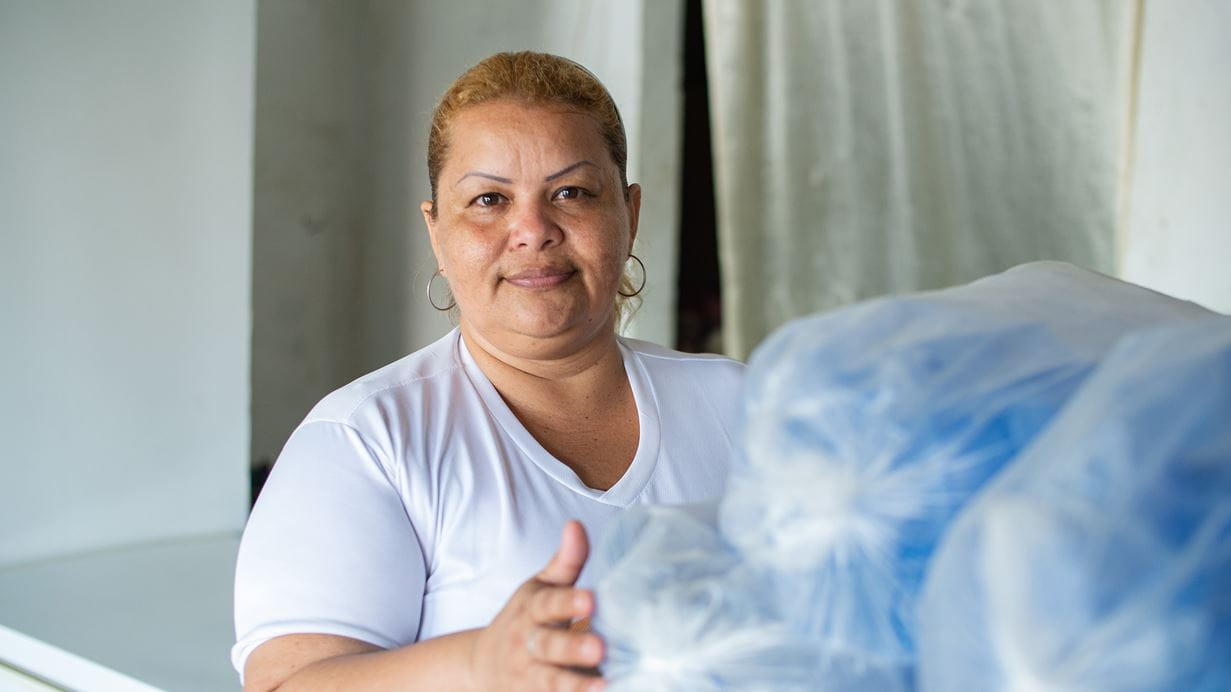 Julie, a refugee from Venezuela, found her new community in Colombia through the Trauma Healing group run by her local church | Credit: Luis Alvarez/Tearfund.

At the groups, the women have a safe space to share and process their experiences. They also make new friendships and gain a support network to help them overcome whatever challenges they may be facing.

‘The church gives us emotional support, moral support, psychological support… They lift us up and help us to solve any problem that we have through the word of God,’ says Judith, another Venezuelan refugee. ‘Through this healing process I have learned something very fundamental: to have faith in God and to have hope in what I can do.’ 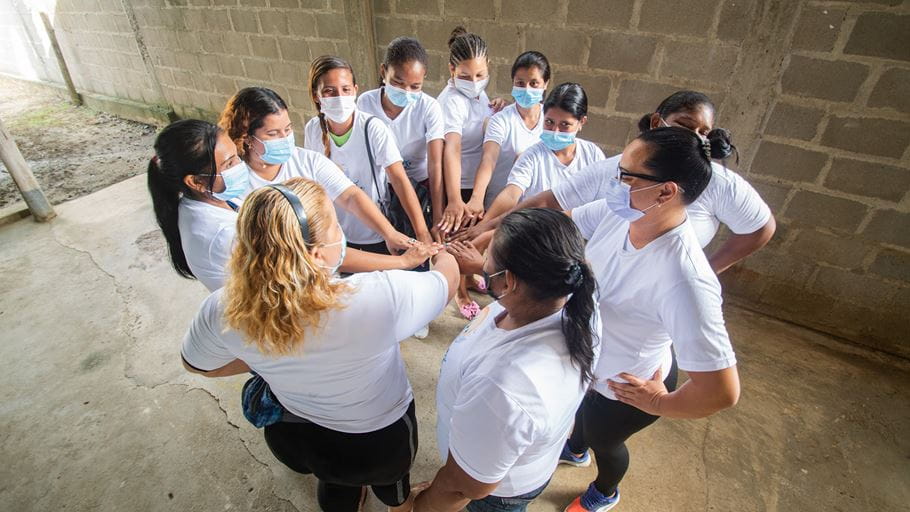 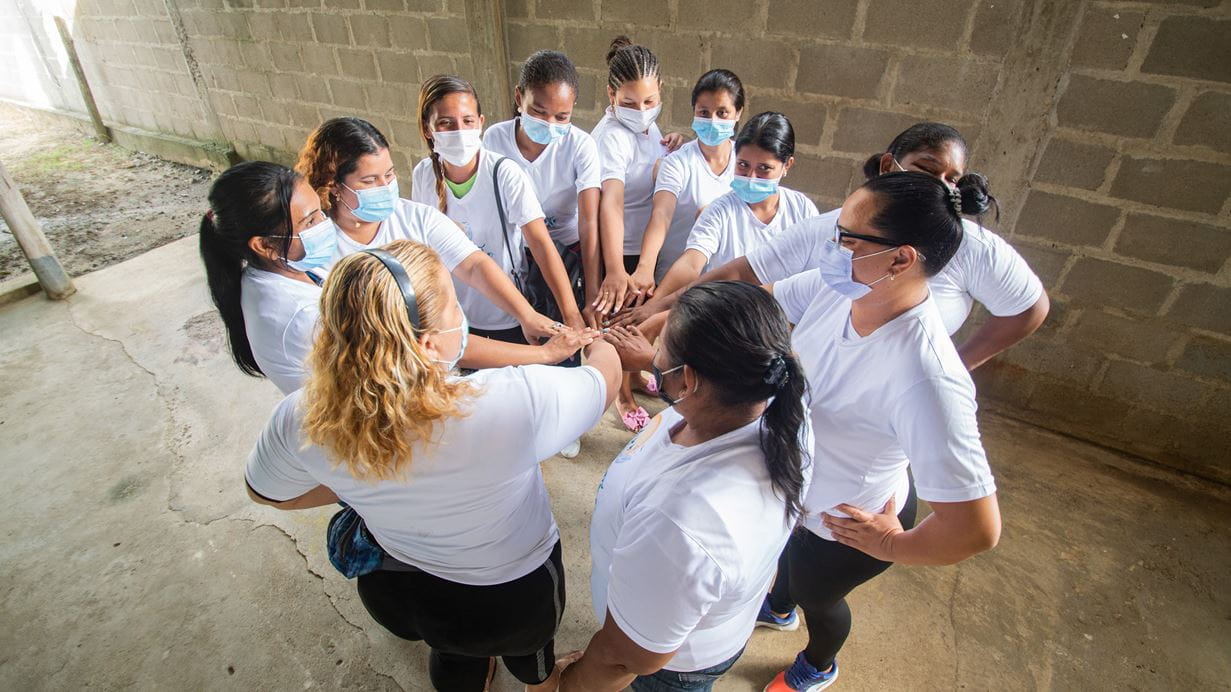 Venezuelan women are finding hope, community and support in the Trauma Healing groups set up in churches across Colombia | Credit: Luis Alvarez/Tearfund.

‘It has allowed me to see that the church is not only about preaching the gospel but also to address the social issues people face,’ Pastor José Licona, from San Juan de Urabá, says. ‘The unconditional support we have had [from Tearfund] has allowed us today to look at the world from another perspective, it allows us to better organise ourselves to serve the people who really need it.’

These Trauma Healing groups are part of the wider work we are doing to support local churches across Colombia as they reach out to Venezuelan refugees. Please join us in praying for Venezuelan refugees, and that the Colombian church will continue to lead the way in welcoming them into their communities.