Public demonstrations can be controversial. But they can also be a vital – and Biblical – catalyst for change.

Throughout COP26, campaigners, communities and faith groups are making their voices heard through public demonstrations and marches. But do demonstrations make any difference? What does the Bible say about them? And what role can they play as we face up to the climate crisis?

What exactly is a demonstration?

A demonstration is where a group takes public action for a shared cause or purpose. It is a way that people can use their voices and their collective ‘people power’ to drive conversations on important issues – and ultimately influence policy.

Demonstrations come in many different shapes and sizes, including marches, sit-ins, hunger-strikes and walk-outs. Some of these actions are sometimes grouped together as civil disobedience – a tactic to draw attention to an issue, often when other approaches have failed to bring adequate change.

Have demonstrations ever achieved anything?

Yes, plenty. Some of the most famous and influential movements towards justice in the 20th century were sparked by protests: for example the American Civil Rights Movement led by Martin Luther King Jr; the liberation of India from colonial power led by Mahatma Gandhi; the fall of the Berlin Wall; and the Women’s Suffrage movement.

Demonstrations are part and parcel of a democratic society – they’re a way to speak about issues we care about, and call on our leaders to represent us well. When faced with an emergency like the climate crisis, demonstrations are a way to ‘raise the alarm’ and spark urgent action.

Sometimes, this kind of alarm-raising can cause temporary disruptions to everyday life. While controversial, this can be part of the process of putting pressure on governments and leaders to make change happen. All of the examples above, and plenty more, involved acts of disruption. Of course, the impact on people’s lives must always be carefully considered, as an ill-advised action can be counter-productive. However, demonstrations are a tactic that people use when they don’t feel heard about an urgent situation.

What does the Bible say about demonstrating?

The Bible is full of examples of people boldly speaking out and taking action against injustice in order to create change. From Queen Esther lobbying the Persian king to save her people; to the Hebrew prophets risking their lives to protest against political oppression; and, famously, Jesus himself committing an act of civil disobedience by chasing the money-changers from the Temple and turning over their tables. Abraham and Moses even protested against God – and managed to influence God’s decisions (Genesis 18:24-32 and Numbers 14:10-20).

Speaking up and demonstrating is a spiritual act; it is an embodied prayer. There is a clear Biblical mandate to use our voices and actions against injustice, summarised in the command: ‘Speak up for those who cannot speak for themselves, for the rights of all who are destitute. Speak up and judge fairly; defend the rights of the poor and needy.’ (Proverbs 31:8-9). 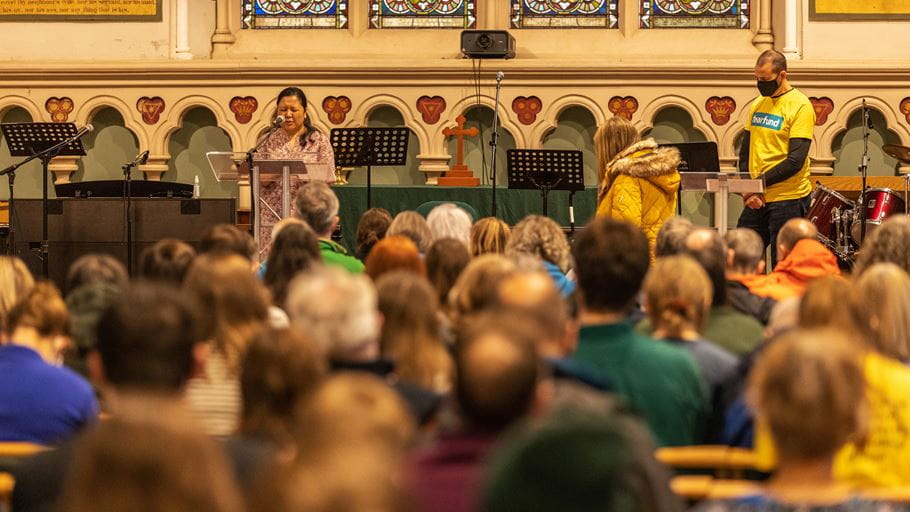 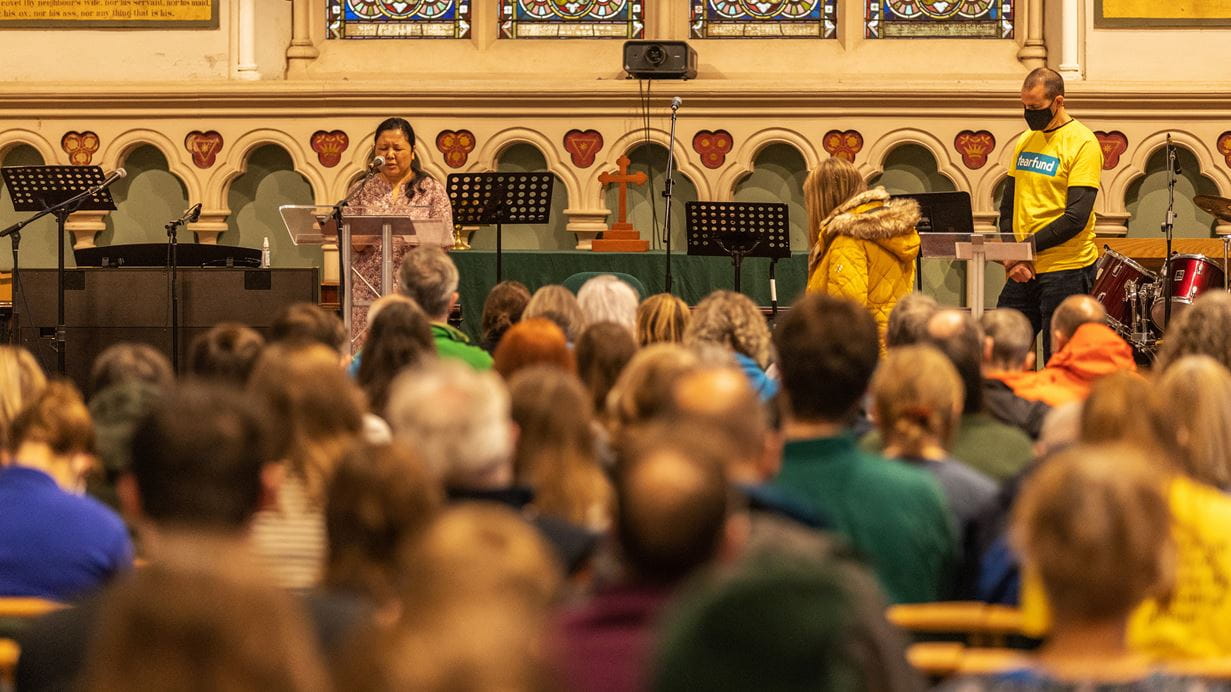 Tearfund staff, as well as local partners and allies, have been in Glasgow throughout COP26. As well as talking with government officials, churches and Christians, they have taken part in a march – a public demonstration – to raise awareness of this issue.

Similar marches were held across the UK – bringing together people to demonstrate the need for world leaders to take urgent action to protect people and the planet.

‘We march because… we want justice for the poorest communities and indigenous peoples living in different parts of the world – the families whose lives and homes are being destroyed by extreme weather, droughts and floods,’ shares Kuki Rokhum, who works for our local partner EFICOR, in India.

‘We want justice for all those who live lightly and yet pay heavily. And we walk in faith that things can change. Together we each carry with us a hope that we will see deeds, not just words, from this COP26 summit.

‘The time to act was yesterday, but we still have today.’

Begin by thanking God for people who stand up for justice – for people like Queen Esther, Martin Luther King Jr, and Kuki Rokhum – who defend the rights of others and seek change.

Lift up those who are making their voices heard during the COP26 summit. Pray that world leaders and decision makers will listen and respond through decisive action that will tackle the climate emergency.

As the conference winds down and delegations head home, ask God to keep this issue on the forefront of agenda and remind world leaders of their responsibilities to the people on the frontline of this climate crisis.

End your time in prayer by asking God if there is anything he would like you to do publicly to stand up for others – either in relation to the climate emergency or for other issues of justice and oppression. Leave space to listen to how he responds. This could be through scripture or an image. Do not rush away – take time to have a two-way conversation with God, listening and telling him more of what is on your heart.

End by thanking God for this time together and commit to taking the next step.