Trigger warning: this article contains mentions of violence that some readers may find upsetting. 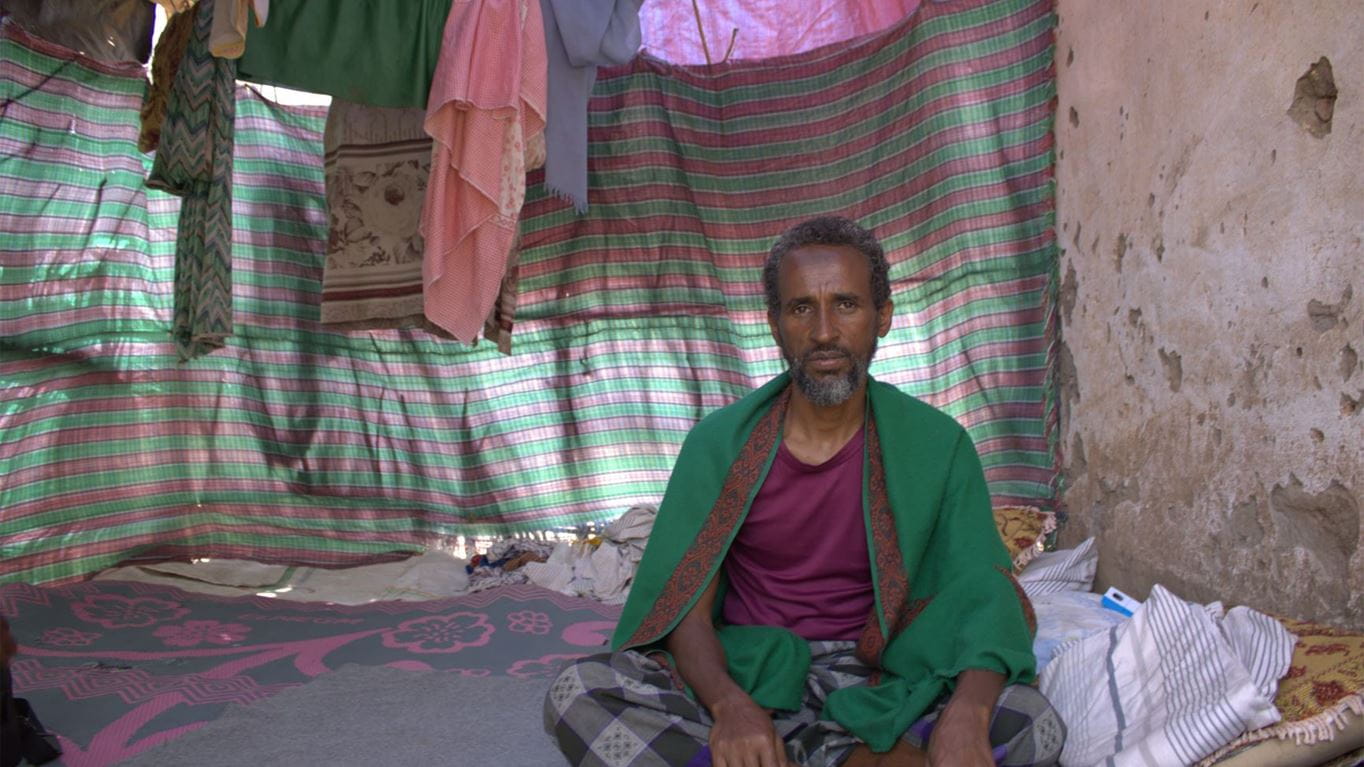 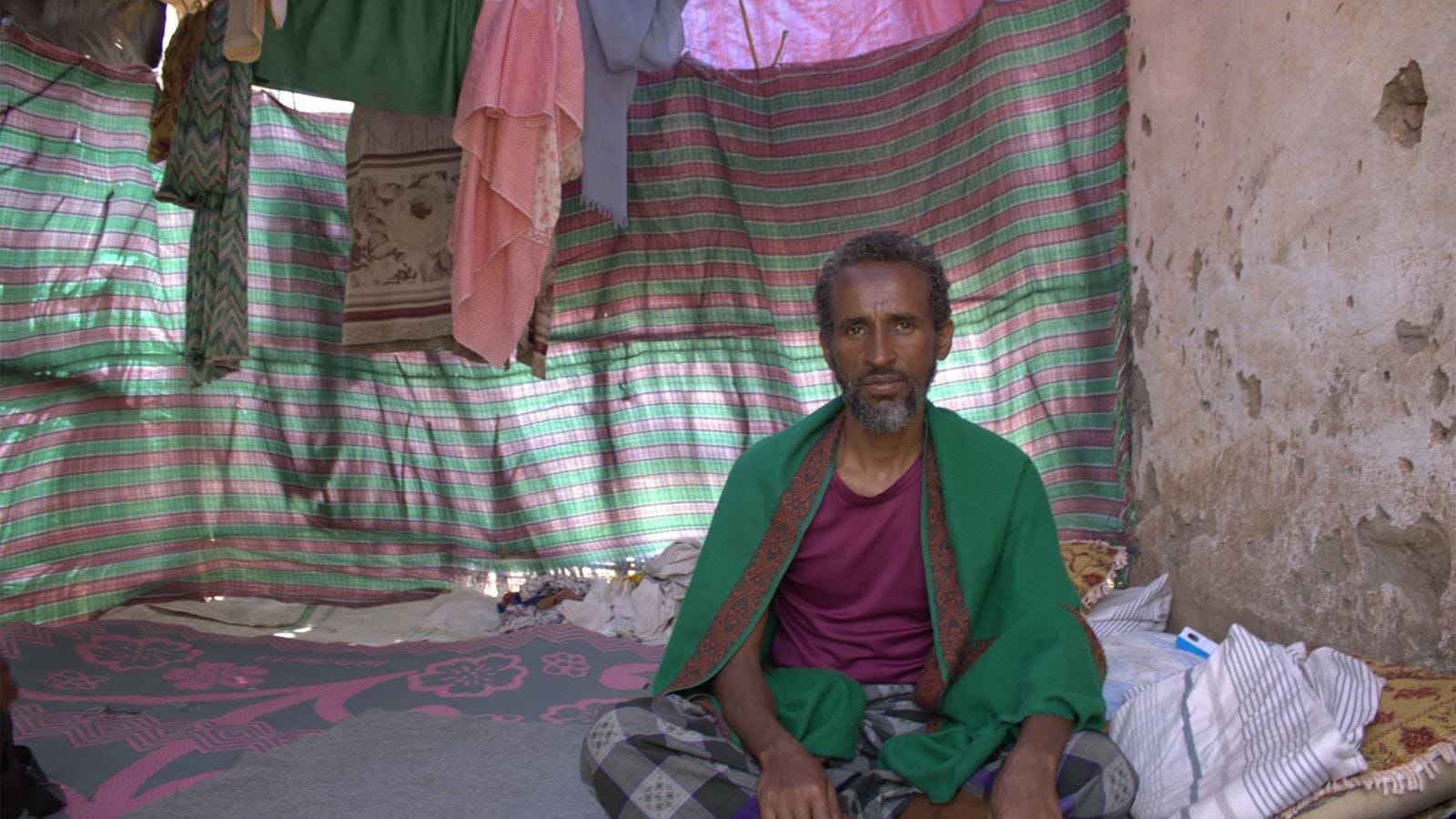 For months now, conflict has been building in Ethiopia. It is now at breaking point. Across the north of the country, in Tigray, Amhara and Afar, violence between government forces and armed groups has forced millions of people to flee for their lives. Many are facing severe hunger. Here are some of their stories.

When violence arrived at their door

Habiba* and her husband, Ahmed*, lived a peaceful life with their twelve children – they had everything they needed. But as the conflict started, food became scarce, as seeds for crops were in short supply. Harvests were abandoned by farmers, escaping the violence. And many were too scared to travel and work.

Ahmed was elected by his community to help distribute aid to those in the area who needed it. But then armed groups showed up in his village.

'My husband was a farmer, he was not involved in politics. However, homes were searched… and killings began,’ Habiba shares with us.

‘My husband… he hid under the bed [when they] lined up at the door… They abducted him.’

After her husband was taken, Habiba fled with her children to another district.

‘I came here because my life was difficult and I was afraid of being attacked. Now I don't know where my husband is,’ she says.

On arrival it was difficult for Habiba to support her children – they had nothing. Different host families in the community took in the children so they would have shelter and food. But thanks to support from Tearfund’s local partner, Friendship Support Association (FSA), they have now been reunited.

‘You give me not only food but also my children. I sent my children to different families… to save their lives. But now, thanks to the FSA, I can feed my children and start living under one roof with my children,’ says Habiba.

Tearfund is working with FSA to provide families like Habiba’s with food, shelter and access to clean water and safe sanitation. But the need is increasing: more than 3 million people in Ethiopia have now fled their homes due to the violence. 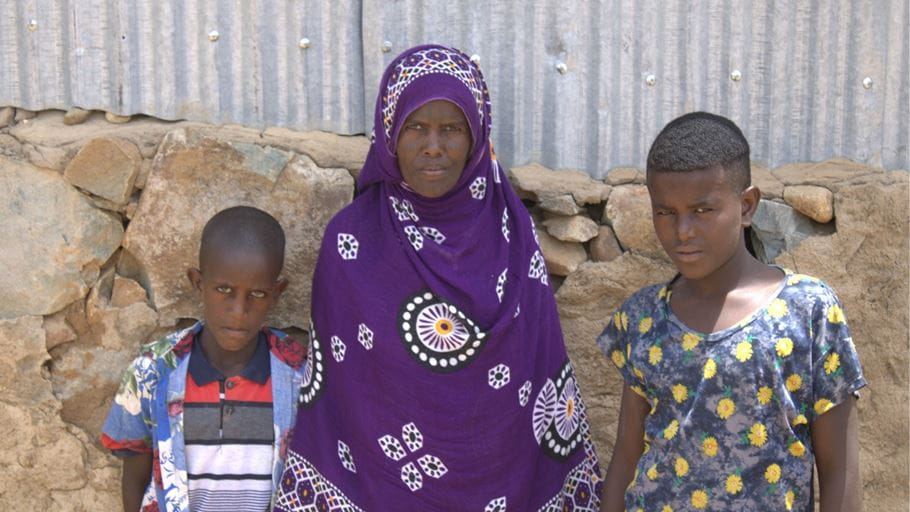 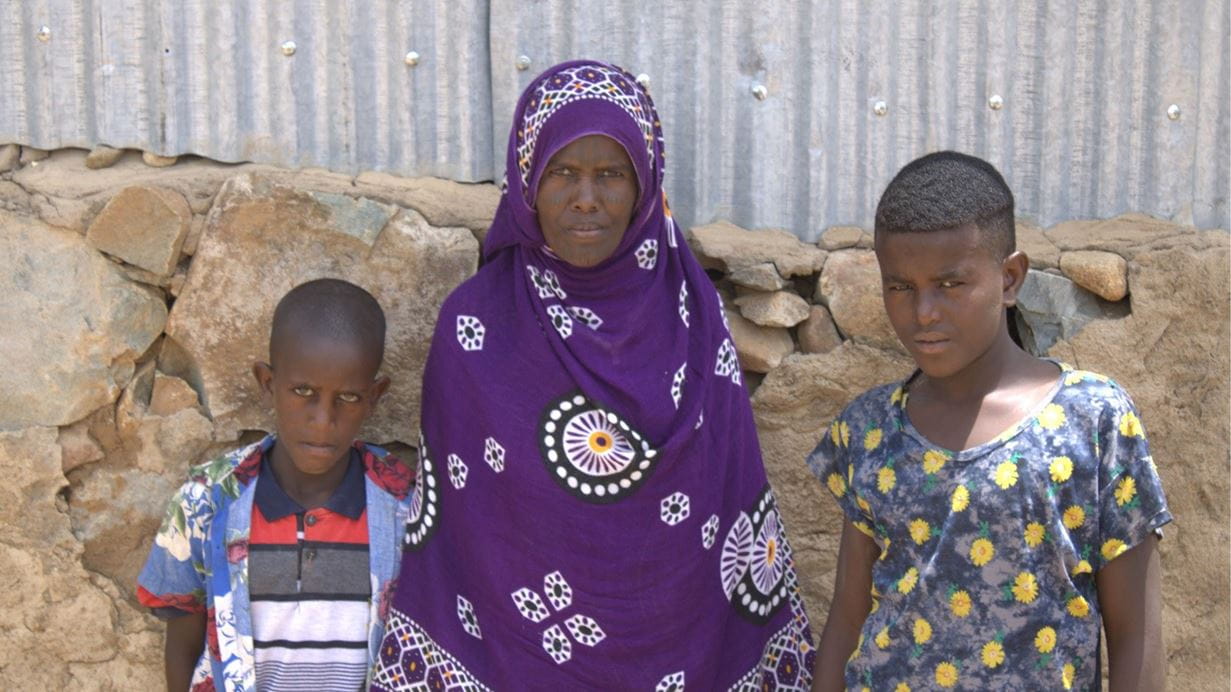 Habiba was forced to flee with her children due to the escalating violence. Thanks to Tearfund’s local partner, Friendship Support Association (FSA), they are able to get the support they need. | Image Credit: FSA

Fathers like Hakim* have spent months escaping with their families from Tigray – many travelling on foot with their young children.

Hakim and his wife, Aisha*, fled with their three young children – aged four, two and one. Aisha was also heavily pregnant.

During one harrowing part of their journey, Hakim and the two eldest children became separated from Aisha and their one-year-old. This is not unusual when families flee – it is hard to stay together in the chaos.

Hakim left the children in the care of a family while he went in search of his wife and baby. He waited at the bus stop for the next bus to come in – wondering if they were on it. But then armed groups evacuated those who arrived on the bus and killed them. Only one old man and the driver survived.

Aisha wasn’t there. He stayed looking for her for the entire day.

On his way back to his children that night, he found his wife and baby. Thankfully, the whole family was reunited. They then continued their journey together.

‘On our journey, we were begging for food and water and the trip took 45 days to arrive here in Koneba,’ shares Hakim. ‘My wife gave birth as she arrived here.’

Hakim is now suffering from health problems due to the long and stressful journey. The lack of access to clean water and safe sanitation has also taken a toll. This means he can no longer work, and cannot provide for his family.

Aisha’s mother lives in Kenoba and tries to support the family but it is difficult. Violence across the country means that food supplies are extremely low. There are hundreds of thousands of people facing starvation.

FSA were able to provide Hakim with food and support to help the family begin to recover from their ordeal.

‘Banking, marketing, electricity, and even continuous water supply is disrupted. Tearfund's and FSA’s support has significant meaning in our life,’ says Hakim.

‘Although my health is not fully restored and I’m unable to support my family. Thanks to FSA… we manage to fulfil our immediate needs using the items provided to us.’ 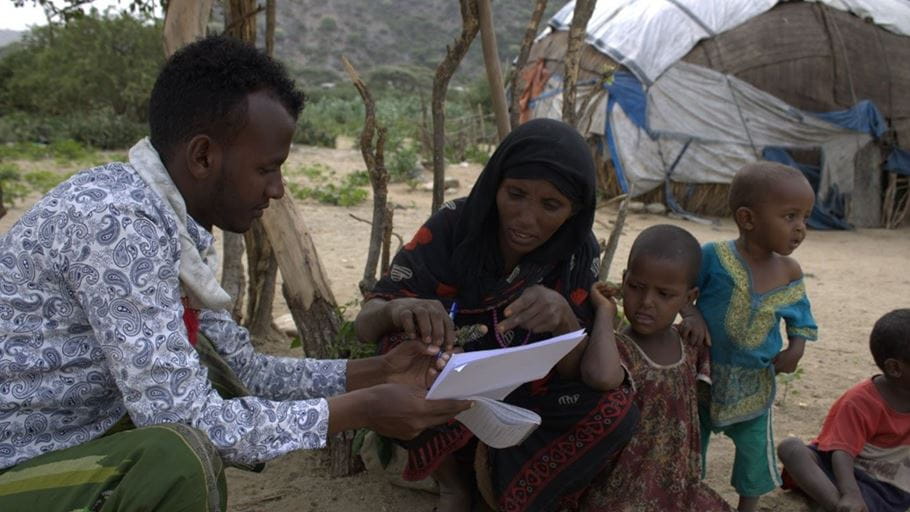 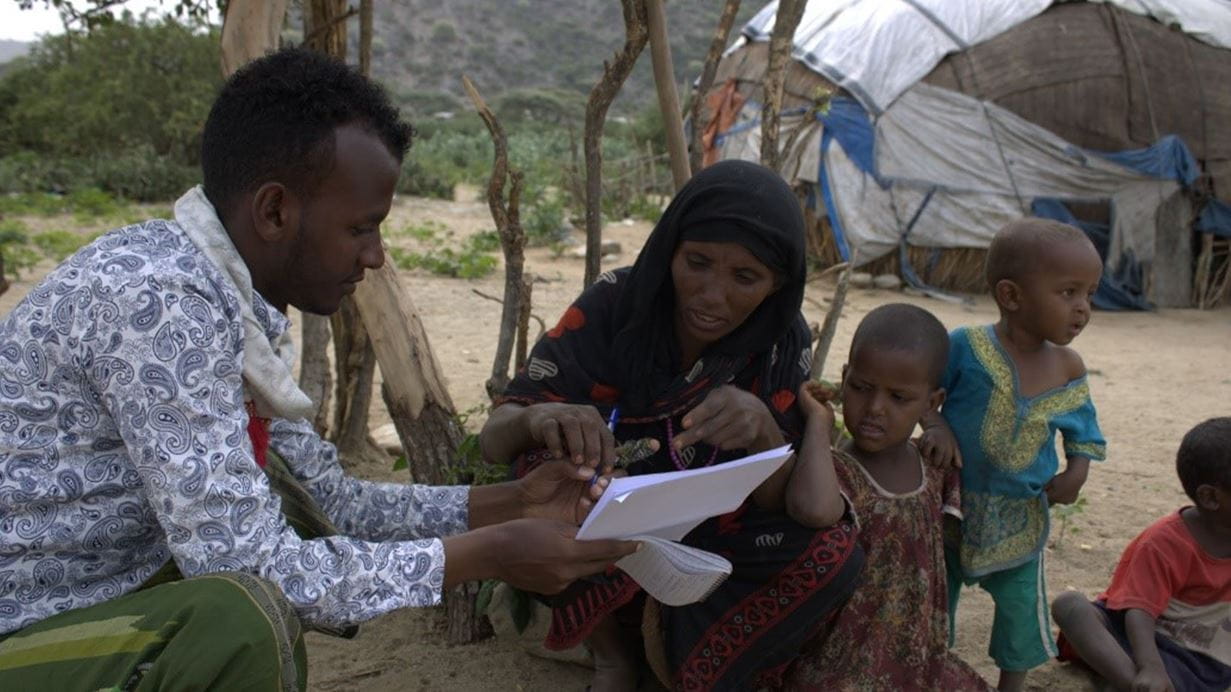 The need is great

‘Tearfund and our local partners will continue to do all we can to support those who are fleeing the violence,’ shares Ephraim Tsegay, who leads Tearfund’s work in Ethiopia.

‘These people have lost everything and many are now facing severe hunger.’

The Ethiopian government has declared a ‘state of emergency’, urging its citizens to arm themselves and fight.

‘Please keep the people of Ethiopia in your prayers,’ says Ephraim. ‘The need is increasing and resources are depleting. And keep praying for peace.’

Invite God into this space – this could be as simple as saying ‘God, be with me now as I lift up Ethiopia to you.’

Read through the stories of the families above again and take notice of the journeys they have been forced to take due to the violence. Of the things they no longer have. Reflect on how they might be feeling.

Talk to God about what stands out for you and pray for these families – and the millions of people in Ethiopia – who have fled. Pray for the needs you’ve read about in their story. Ask God to bless them and to bring peace and healing.

Don’t rush away – listen to God – he may speak to you through scripture or an image, or put something on your heart to continue to pray for about the crisis.

End by committing everything to God and thanking him for working in and through you.