The conflict of climate change (and building paths to peace)

A picture drawn as part of a peacebuilding workshop in Kenya. | Image credit: Diane Igirimbabazi/Tearfund

Isaiah prophesied hope to a people longing for rescue – desperate for peace. How beautiful the feet of those who would carry the news of it. He was speaking to a people facing fear and oppression. For many across huge swathes of East Africa right now, the fear and oppression has a different face – that of extreme drought and hunger caused by the climate crisis. Communities are being robbed of food and livelihoods, pushing millions towards famine.

And, as the hunger drives people further and further into desperate territory, the violent rivalry for livestock, water and grazing lands has seen an escalation in conflict in places like northern Kenya, where Allan Waihumbu, a former veterinary doctor and a graduate of Tearfund’s Inspired Individuals programme, is working to help build peace.

The situation in the region is complex, and Allan spoke to us about how the climate crisis is making it so much worse. ‘Conflict there is fueled by shortages of resources,’ Allan says. ‘The source of conflict is a fight for food and pasture for livestock. So, when the resources are dwindling or depleted – like at the moment – it becomes even more fierce conflict.’

News reports show us the increasingly desperate hunger crisis, along with an escalation in the scale and severity of violence associated with cattle rustling in the region. It’s not only food and water that are desperately needed, but a message of peace and reconciliation.

Allan’s journey as a peacebuilder started in 2007 when, having recently graduated, he was posted to a pastoral community. He hadn’t been there long when the post-election crisis happened, with violence that resulted in the deaths of more than a thousand people. Allan ended up doing relief distribution. He tells us, ‘In the process of relief distribution, when I saw all the suffering women and children, I started to develop an urge to address the needs of broken hearts.’

Working through local churches, Allan got involved with a Tearfund-supported programme running training for women who had faced traumatic experiences. He says it was during that training that he started to focus more on the healing and reconciliation ministry. Allan, having experienced the trauma of an attack himself, also found healing through the training – as did other facilitators. They found so much value in the programme that, when its funding ended in 2011, Allan and seven others set up their own organisation called Way of Peace to continue the work.

The restoration message of Way of Peace, which is rooted in a process of deep healing and meaningful forgiveness and reconciliation, sits right at the heart of what Tearfund cares about. In 2017, Gladys Wathanga, Tearfund’s Country Director in Kenya, invited Allan to be a part of Tearfund’s Inspired Individuals programme which helps equip and connect people like Allan to make their ministries as effective as possible.

‘We run workshops called Healing Hearts Transforming Nations,’ Allan explains. It’s based in an understanding that pain – often as a result of conflict – is at the root of more conflict. ‘It’s a curriculum that was developed in 1996 in Rwanda, post genocide... One part of it is helping people who have gone through traumatic experiences of conflict to heal – and so when they heal, they are likely to put a stop to the cycle of violence and conflict. But, the bigger side of the healing is that it helps the younger generation not to feed from the old roots. So, speaking positively about neighbours and thinking positively about others and other ethnic groups. That helps in creating a new generation that has much cleaner roots.’ 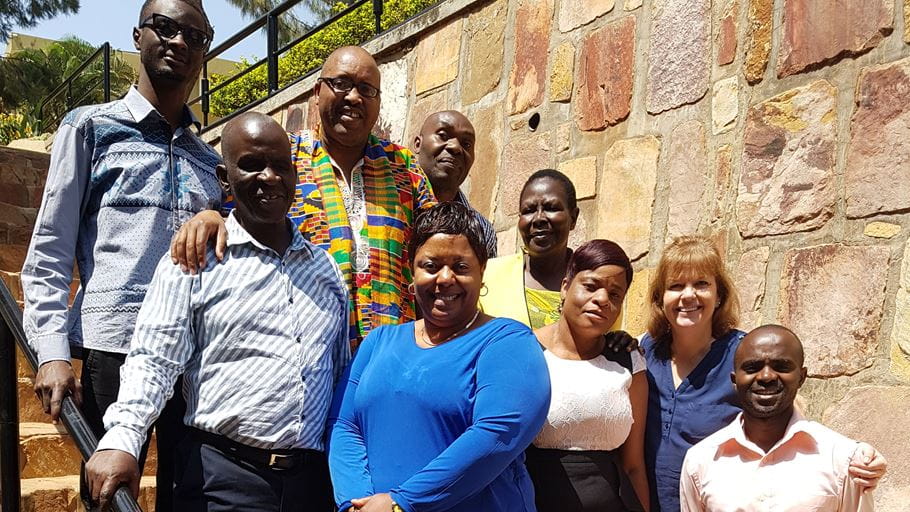 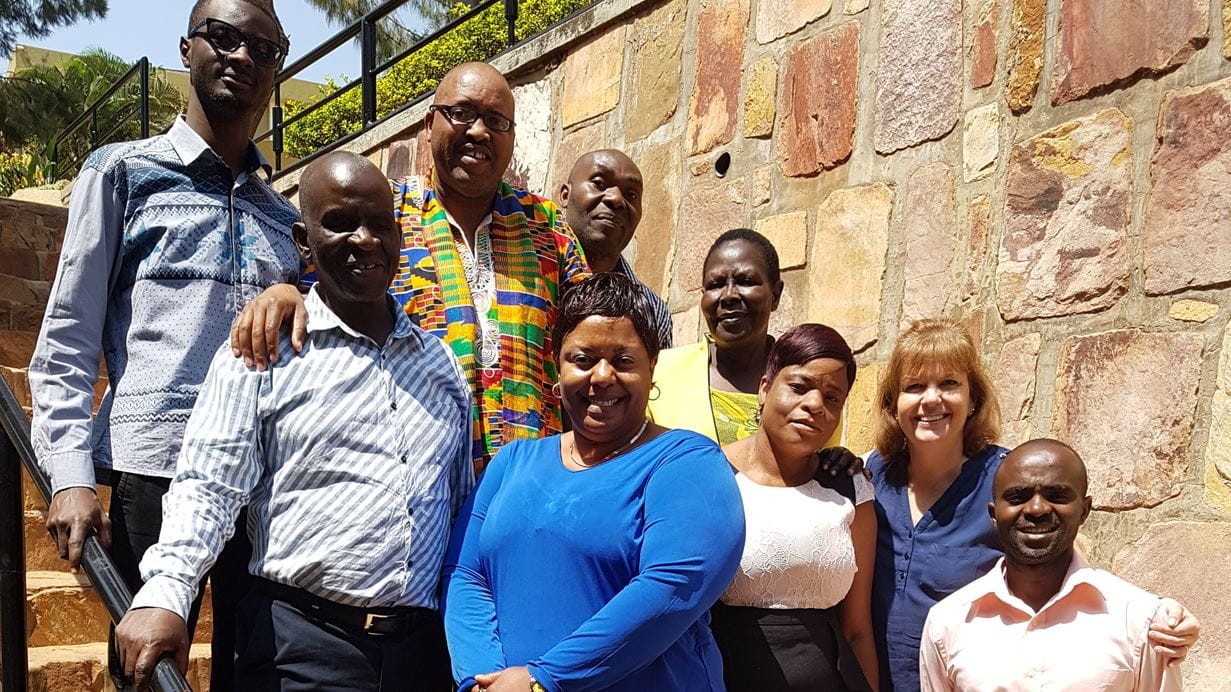 Allan (far right) and the group of Tearfund’s Inspired Individuals that he was a part of | Image credit: Tearfund

Building a culture of peace through reconciliation has had startling and wonderful results in some areas that have traditionally been ‘conflict hotspots’ because of political and ethnic differences.

Allan tells us one story of two gang leaders who had been enemies in the past. One had even shot the other one with an arrow. But, through the peace and reconciliation process, they got to a point where they were able to sit and share a meal together.

Another testimony of peace is of two communities in a traditional conflict ‘hot spot’ area who live separated by a road that passes between them. ‘They could not interact,’ Allan says. ‘If your cows went across the road, you could forget about them because they had gone into the enemy community. If you needed groceries that were only found on the other side of the road, you couldn't get them. You might even be able to see them, but you would not access them. Each side even had their own bus stop.’

These communities agreed to attend peacebuilding workshops and, even though it took a lot of workshops and meetings and negotiation, eventually the healing came. ‘Now, in this community today, we see very good interaction,’ Allan tells us. ‘Actually, it was fear [that caused the conflict]. It used to be one of the areas that was most vulnerable to conflict during elections, but in 2022, in the two elections, it was one of the safest places!’

Another thing that Allan does is to create contemporary music that speaks a message of peace into the current situations that people are facing. And in all of this, the church has a crucial role to play. From music concerts reaching teenagers in church halls, to theology-based trauma healing and reconciliation groups, to having a voice to government, Allan says, ‘The church is well placed [to have a voice]. The church feels the pain with the community, the church is able to feel the heat in the community. So, when they think of approaches, it's first for the community, but it's also for the church; because the church and the community are inseparable.’

‘Hope is not lost!’ says Allan. ‘We have used the local church and the media to make a clarion call on some difficulties which need long term engagement. For example, the youth that are used in the fighting are often those who have not gone to school. So, if the long term engagement involves a plea to go to school, then a miracle can happen – that we'll see a generation raised that has embraced education and embraced other sources of livelihood support.’

In the midst of even the most dire situations, we, the church, wherever we may find ourselves in the world, are part of God’s plan for restoration.

Take a closer look at what we’re doing and how you can get involved and make a difference.