Prolonged drought in Ethiopia is leading to an increase in child marriage as parents struggle to feed their children.

It’s been years since there has been a rainy season in some parts of Ethiopia. Water sources have dried up. Crops can no longer grow in the parched earth. Livestock are dying. Millions of people are going hungry. And hunger is not the only threat – as the crisis escalates, more girls are at risk of child marriage.

Rural communities rely on rearing livestock and growing their own crops, both to eat and to sell for income. The drought has made their way of life impossible. Families don’t have enough food or water for their children, let alone their animals. 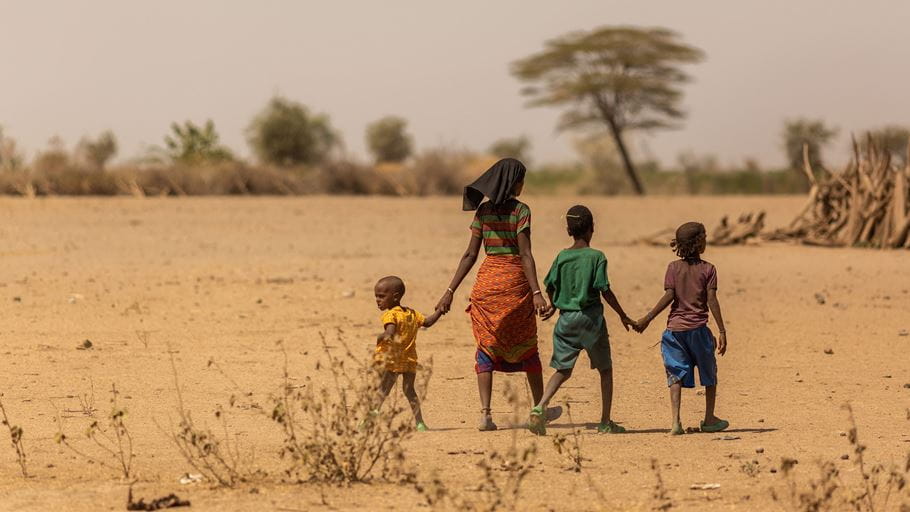 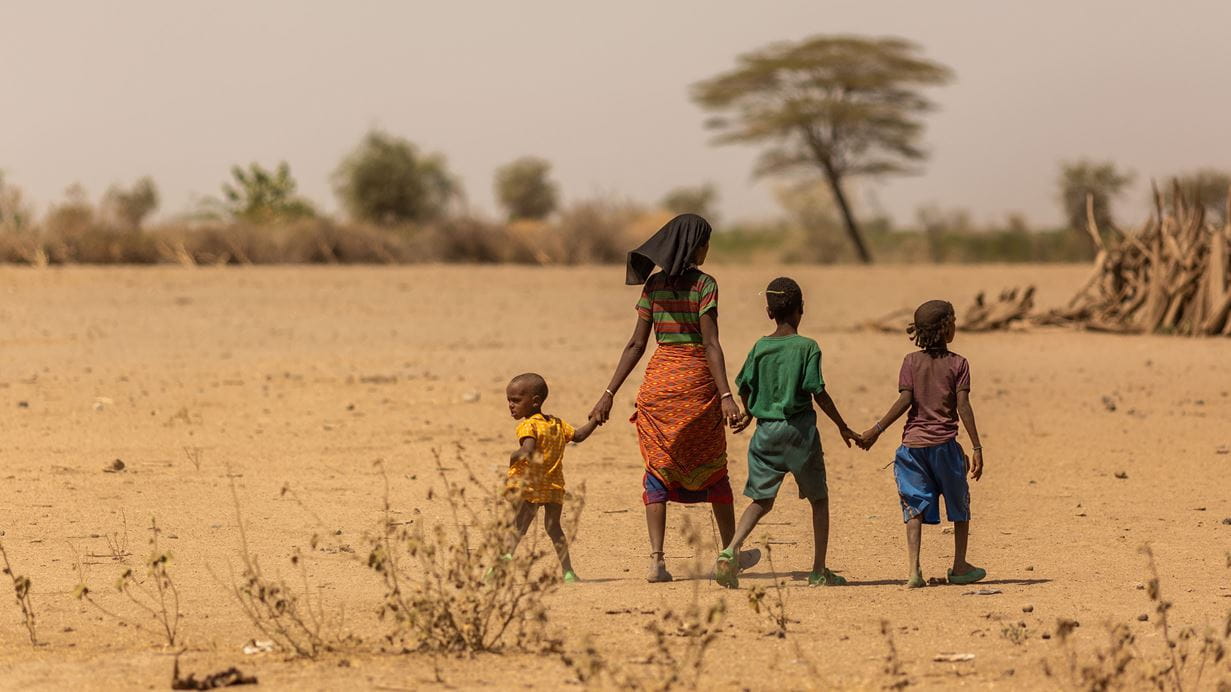 A mother walks with her children across the dry, infertile land in a drought-affected area of Ethiopia. Credit: Chris Hoskins/Tearfund

‘Girls are often responsible for collecting water for their families. Because of the drought, they are now having to walk long distances to find water so they are dropping out of school,’ explains Sabine Nkusi, who leads Tearfund’s gender unit. ‘Not only are they missing out on an education but girls immediately become more vulnerable to gender-based violence, including child marriage, when they are out of school.’
Tearfund has supported the construction of more than ten water pumps in and around schools, to reduce the risk of girls dropping out of education and facing child marriage. Our local partners have also been building wells in drought-affected areas, which has reduced the burden on communities.
‘Your organisation came to us with compassion and provided us with water,’ says Liya*, a woman whose life has been transformed by the new well in her community. ‘Now, you found me here by the well; usually I would have been spending my whole time and energy fetching water from the river which is seven hours away from my village.’ 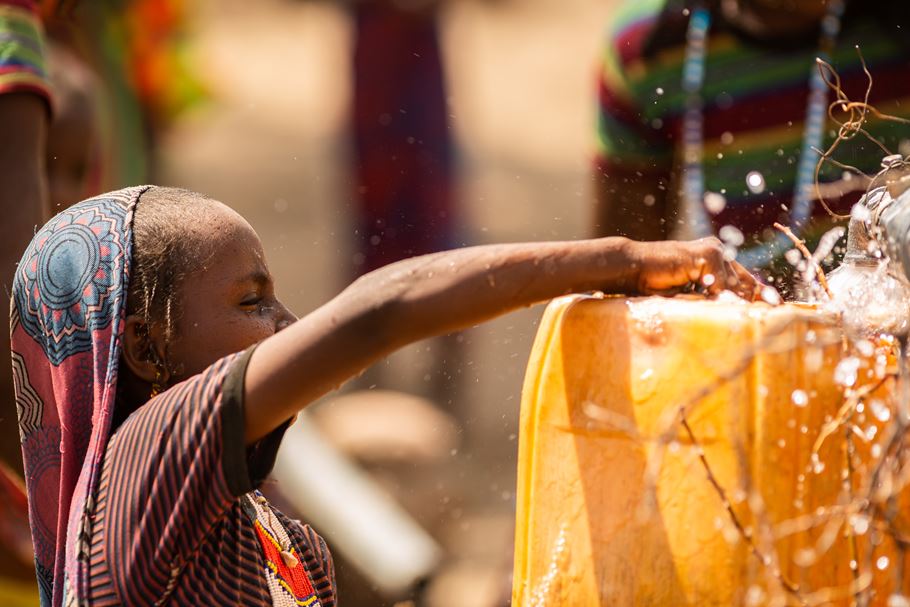 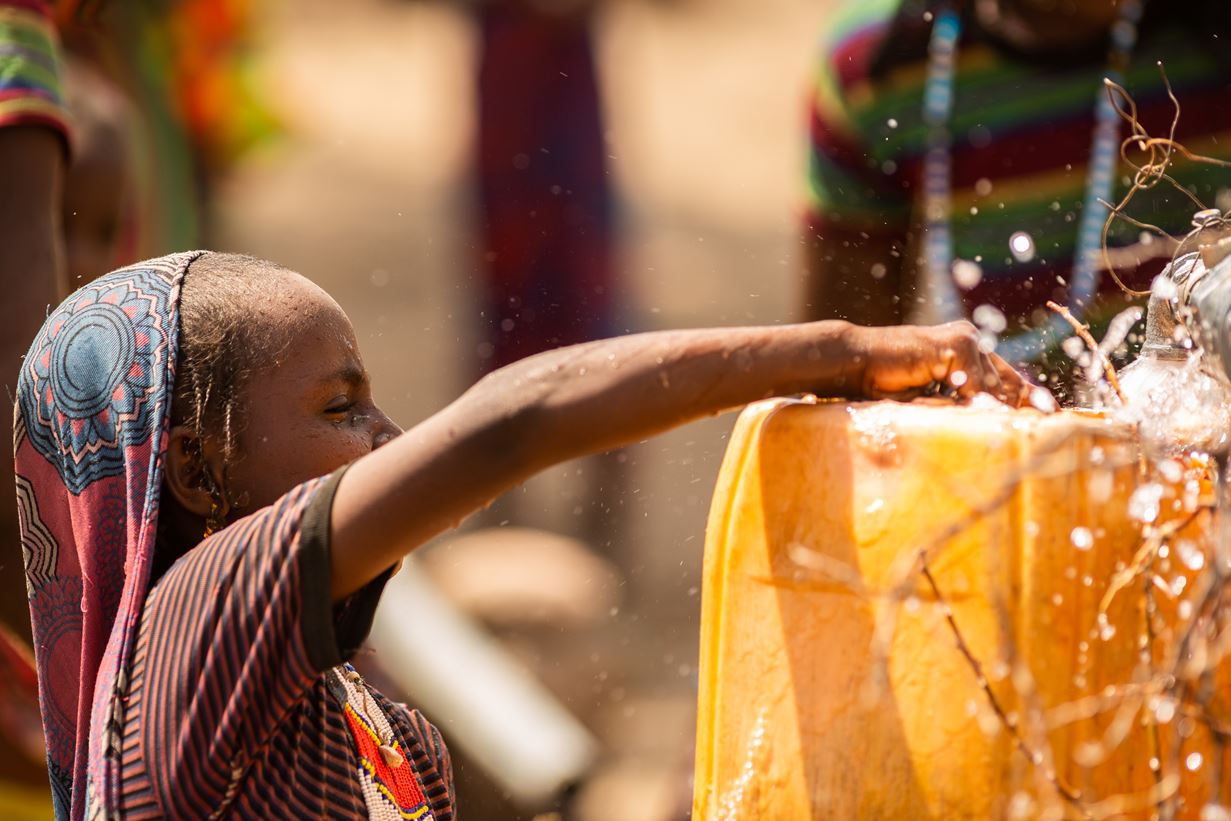 We have also been facilitating discussions with faith and community leaders to raise awareness of the harms of child marriage. Our local church partners have been using our Transforming Masculinities programme with men and boys to help them explore and reflect on their own beliefs and behaviours regarding gender equality and sexual and gender-based violence. This has encouraged a shift in attitudes so that women and girls are more respected and valued within families and the wider community.

Despite this progress, people in drought-affected regions remain in desperate need of humanitarian support. Tearfund is coordinating with our local partners to provide emergency food, cash assistance and essential supplies.

‘We are doing everything we can to support the most vulnerable communities to recover from this hunger crisis, but more resources are needed,’ says Simba. ‘Please pray that Tearfund and our local partners will be able to reach more people in need. And pray especially for the protection of young girls, that their families will not resort to child marriage.’