How God is reaching people in Mali through market gardens

Small plots of land are empowering communities to lift themselves out of poverty across Mali – find out how. 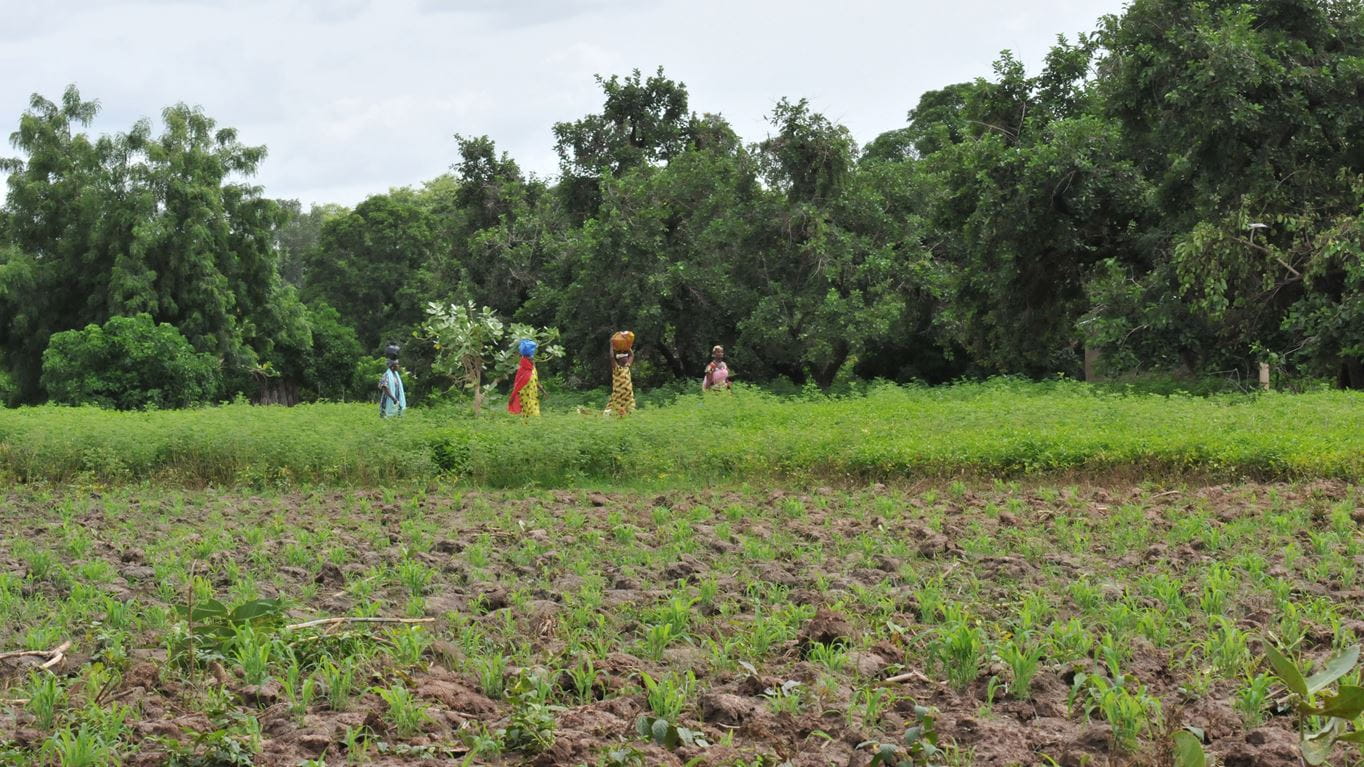 Women walk together across a lush field in Mali. Image credit: Jim Loring/Tearfund 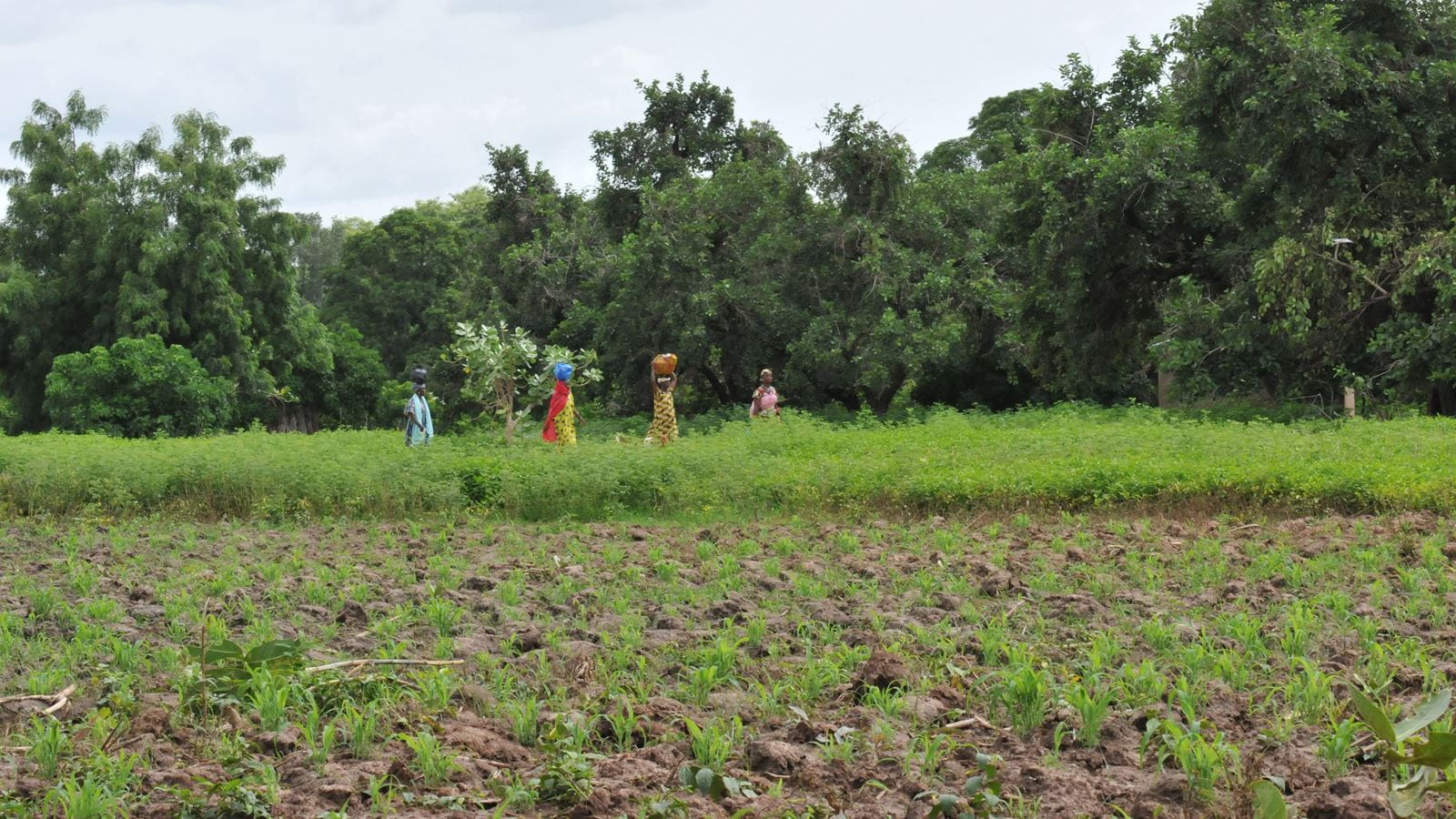 Women walk together across a lush field in Mali. Image credit: Jim Loring/Tearfund

People can become trapped in cycles of poverty when there aren’t opportunities created for them to break free. In Mali, Tearfund's local partner Youth with a mission (JEM) is buying land in communities where poverty is rife. They then split the land into plots that are given to families in need. The results are astounding: families not only overcome hunger, but they are able to earn an income too.

Every day used to be a fight for survival for Fadimata* and her children.

The family lives in Sagabougou, a village in central Mali. The climate is dry and arid with scorching temperatures during the hot season. During the warmer months, water is scarce and many in the community go hungry. The climate crisis has made weather like this even more extreme.

Fadimata’s husband, Amadou*, tried everything to earn an income so he could support their six children. From farming in the rainy season, to light construction jobs. But then he fell ill. For more than a year they travelled to hospitals and traditional healers to find a cure. Tragically, he passed away, leaving Fadimata a widow with six children and seventh on the way.

‘Everything had become all of a sudden dark around me,’ shares Fadimata. ‘Life had become very bitter.’

Unbeknownst to Fadimata at the time, JEM had just acquired land in Sagabougou. JEM offered Fadimata a 100 metre-squared plot, which she accepted.

Families aren't just given land, but training is on hand too. People are taught how to farm in a way that will care for their plot for years to come. They are also taught farming techniques that would help them be more resilient to changing weather patterns – particularly long droughts – caused by the climate crisis.

Fadimata now feeds her family from the vegetables she grows in this market garden, as well as sells some so that she can earn an income. The lives of her family have been transformed.

‘God helped my family and me through this market garden,’ says Fadimata. 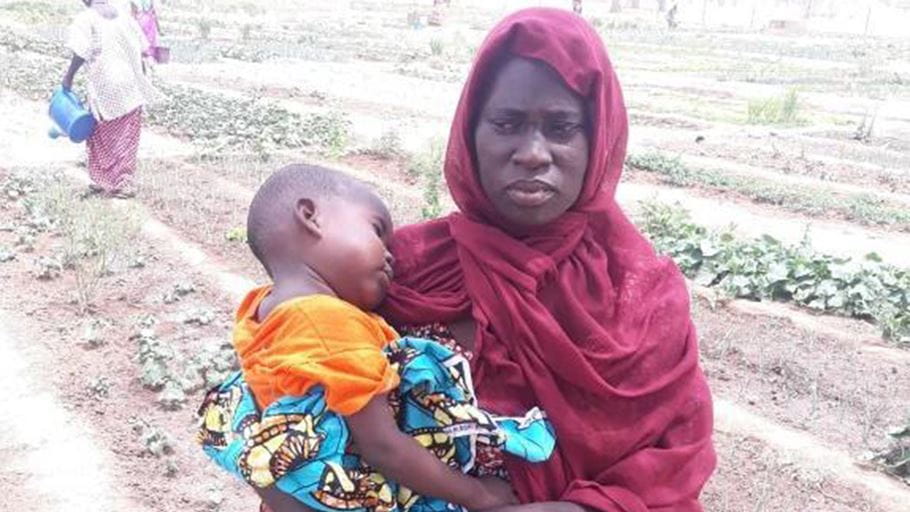 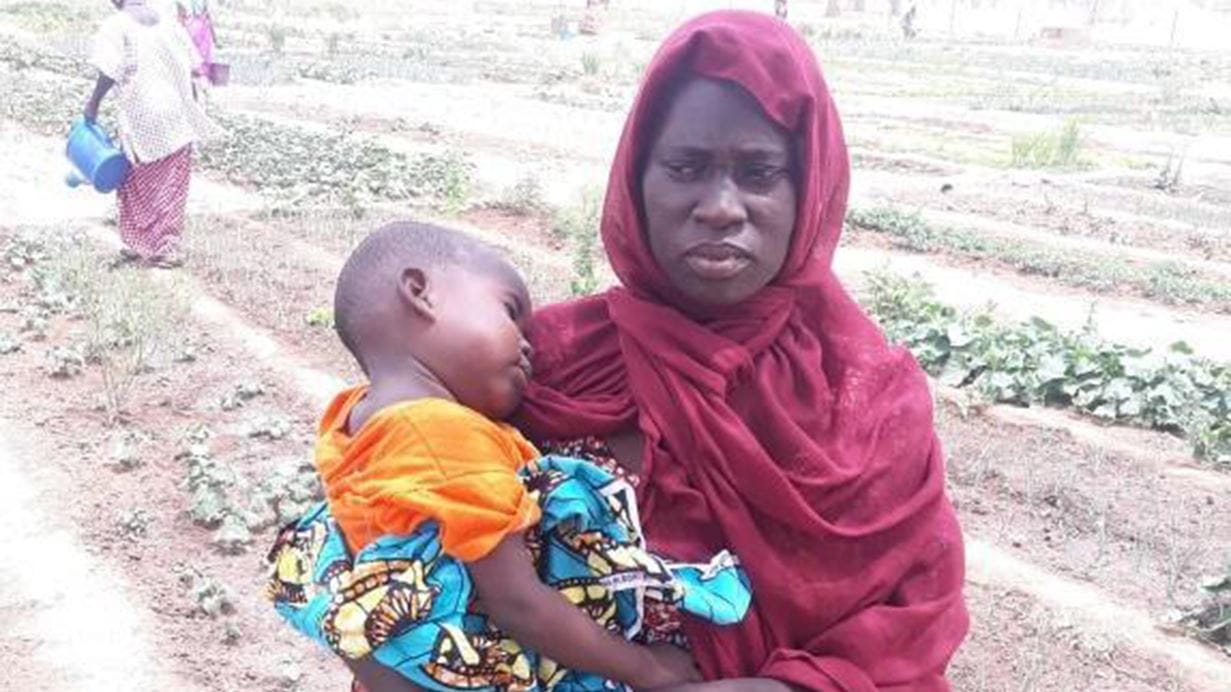 Fadimata holds her youngest child in the plot of land that has transformed her life and her family’s future. Image credit: Youth with a mission (JEM).

Ibrahim* lives on the outskirts of the city of Pelengana in Mali with his wife and five children. During the coronavirus pandemic, he lost his job. He then found it difficult to find another way to support his family. Opportunities were limited and the family found themselves sinking deeper into poverty.

‘I needed to do something to confront this difficult situation, but what if there are no more opportunities?’ shares Ibrahim.

Ibrahim was at his church one day when he heard his pastor talking about JEM setting up a market garden nearby. Ibrahim’s pastor registered Ibrahim for a plot of land and he’s since been growing organic green beans, onion and garlic on his new plot of land.

The market garden has not only lifted the family out of poverty but it has changed Ibrahim’s mindset too.

‘It has changed the way I look at things a lot and inspired me to be fully empowered through a job like this,’ shares Ibrahim.

A better quality of life for years to come

‘Market gardens like this are a great response to how we can tackle poverty as it offers a way for families to become financially independent and change their futures,’ shares Kossi Agbo, who oversees Tearfund’s work in West Africa.

‘Hunger is a growing problem in the country. The market gardens not only teach people how to grow food but through it, families are able to get more nutritious food. This gives everyone a better quality of life.

‘Please be praying with us for this partnership we have with JEM and that we will be able to continue to expand these market gardens to reach even more communities in need. Thank you for standing with us.’

Read through Fadimata and Ibrahim’s testimonies again and thank God for how their lives have been turned around through the market gardens. Think about the changes to their mental health as well as the ways in which they will be able to provide for their families and break free from the cycle of poverty. Then, ask God to bless our local partners JEM with resources, capacity and wisdom to expand the market gardens even more across Mali. Pray for good relationships with local church and community leaders and that they will be able to reach even more people who are struggling.