Although the waters have stopped rising, the danger is only increasing as lives are being lost to disease and illness.

The rains may have ceased in Pakistan, but the flood damage remains. More than 2 million homes have been damaged or destroyed. In terms of scale, this is almost four and a half times the number of homes in Birmingham.

A United Nations official has warned that ‘Pakistan is on the verge of a public health disaster.’ Cholera, malaria and dengue fever could end up claiming more lives than the flooding.

‘We are living in a tent made by ourselves to protect us from the sun,’ shares Fazel, a 45-year-old father of seven.

‘There are lots of mosquitoes; my children are also getting sick, we don’t have any medicine or money to buy it.’

As Fazel’s family fled their home, the roof collapsed with Fazel’s youngest son still inside. Thankfully, he wasn’t injured and the entire family escaped. But, the floods washed away all of their livestock, destroying their livelihoods. It will be an uphill struggle for them to recover from the devastation of the flooding.

‘We are dependent on the help of people,’ says Fazel. ‘We urgently need food, drinking water, and milk for our baby children and medicine for sick members of the family.’ 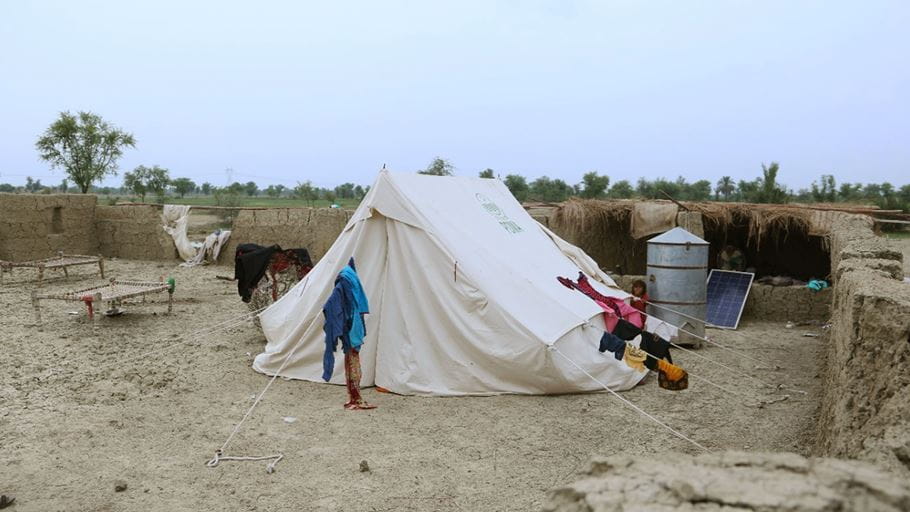 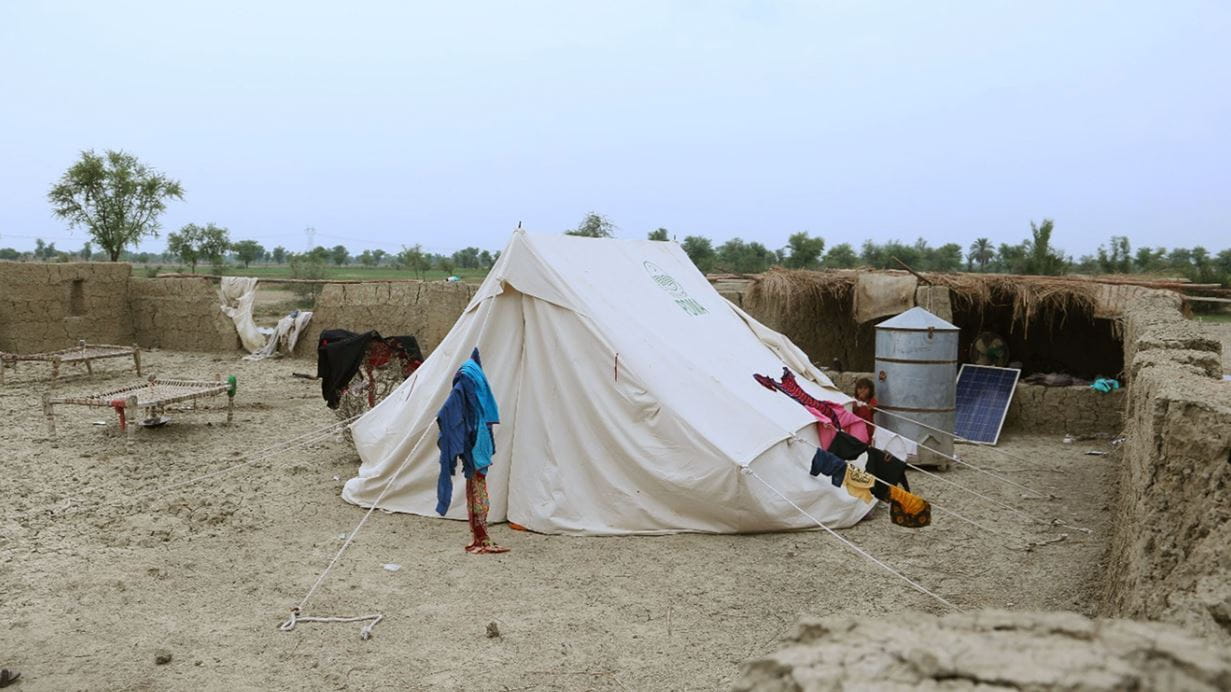 Families like Fazel’s are forced to live in tents or sleep out in the open as their homes have been destroyed by floods or landslides. Tearfund and our local partners are doing all we can to reach families, like Fazel’s, with support | Image credit: PAK Mission Society

Tearfund’s local partners continue to reach people with food, clean water, cash assistance, mosquito nets and shelter. But time is against them.

‘Winter is fast approaching and many people have no shelter while others are living in tents,’ shares Jonathan Johnson, who leads Tearfund’s work in Pakistan.

‘Please be praying for us as we make plans for winter, as well as support communities with preventive measures to try and avert illness and disease.

‘As a team, we are very grateful for your continued prayers for us and the people we serve. Thank you for the time you have given to pray for Pakistan.’

In a crisis even this vast, we know nothing is too hard for you. We ask that you avert this public health disaster in Pakistan. Bless all of the plans to reach people with clean water, mosquito nets and other life-saving measures. Heal those who are sick – we especially think of those who cannot access medicine or health centres due to lack of money or the flood damage. Lord, please bring peace to those affected by the floods. Comfort them in their grief and anxiety; be their hope and support, we pray.