Where does our faith fit into the cost of living crisis?

The cost of living has reached a crisis point. But our faith compels us to trust God in the face of fear.

People from this village in Thailand contribute together to a cooperative store and receive profits based on their shares – enabling them to do things like send their children to school. Rising inflation is making everything more expensive. Image credit: Tearfund

Poverty is not God’s plan for the world. Though we are living in the midst of a crisis, we are part of his solution to it. We are an element in his good plan.

Financial struggle is not a new problem. We know it’s a global issue, and it’s why Tearfund exists. Things like conflict and disaster have driven hardship and lack since the earliest records of human history – including in our Bible. And our faith has so much to say about how we respond to it.

A problem of not enough

2 Corinthians 8 brings us evidence of a community in Macedonia living in ‘extreme poverty’. It doesn't talk about the worry they must have felt though – about how they might feed their children, about what the next day’s expenses might be and how they would meet them.

Maybe some didn’t sleep well? Perhaps there were those who wept in secret when their children asked them for things they wished they could provide for them, but couldn’t? Possibly, there were those who carried heavy feelings of lost hope? Who looked at the situation around them and wondered at God?

It doesn’t tell us about these things. It does tell us what they did.

‘In the midst of a very severe trial,' Paul writes, acknowledging their stressful context, ‘their overflowing joy and their extreme poverty welled up in rich generosity!’ he says. ‘For I testify that they gave as much as they were able, and even beyond their ability.’ (2 Corinthians 8:2–3)

They gave. Generously. Beyond what they were able.

How, and why, were these people able to respond like this? Paul tells us in verse 5. ‘They gave themselves first of all to the Lord,’ he writes, ‘and then by the will of God also to us.’

The answer is simple. They trusted God first. Then they gave to the need.

The needs – ours and our family’s

Inflation rates are high everywhere. Disturbing price increases on basic items are impacting all of us.

In the UK, food banks are short of food, inflation is over ten per cent, and energy bills are soaring. Across the board and around the world, the effects of the cost of living crisis are being felt.

At the time of writing, our Ethiopia team reported that the inflation rate there had hit over 30 per cent. In just two months, the cost of staple food items, such as rice and potatoes, had gone up by more than a quarter. This means that those who were teetering on the brink of poverty will now be pushed firmly into it.

It affects individuals and families and whole communities. It also affects planned Tearfund projects. Budgets set for projects which could transform communities have been destroyed by the knock-on effects of the Ukraine conflict. With those increases to the cost of basic items, projects that were feeding thousands of people are, of course, affected on a scale of thousands.

Hebdavi Kyeya, Tearfund’s Country Director in the Democratic Republic of Congo, points out that this means that those families living in some of the hardest conditions – and where there is no other option for them right now apart from the food assistance that they are relying on – are receiving even less. It means that promises we made to people, giving them hope that they will feed their children, are being cut and squeezed as we can’t afford to buy the quantities that are needed.

Our staff remain faithful and prayerful, but the responsibility weighs heavily. 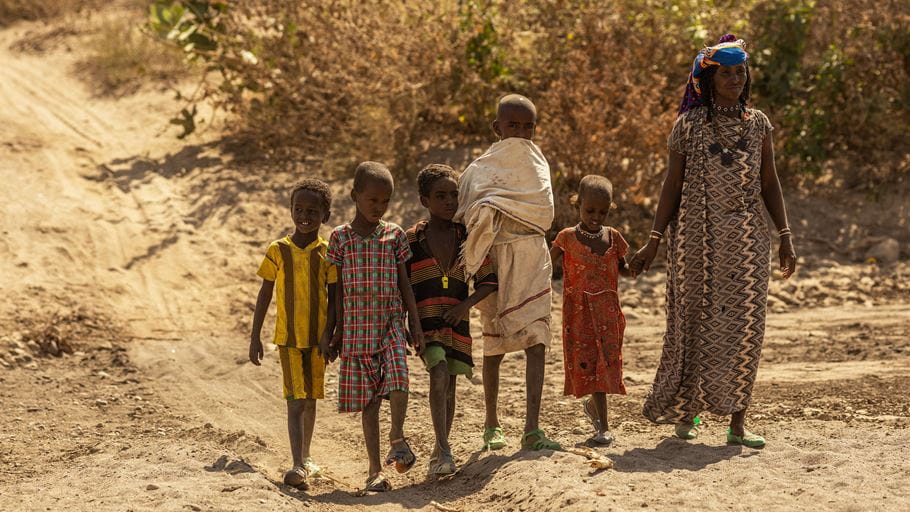 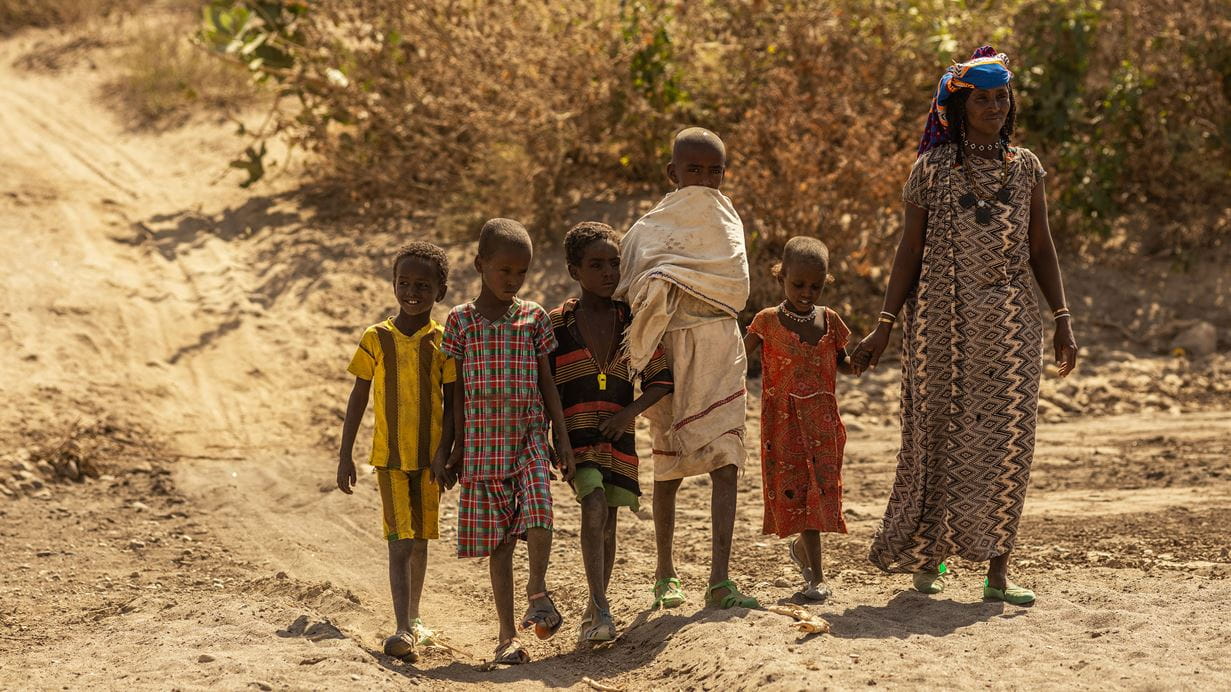 Inflation in Ethiopia and around the world has skyrocketed, making it harder for people to feed their families. Image credit: Chris Hoskins/Tearfund

Back to the early church that Paul was talking about in Macedonia. There is an answer – and they saw it. They understood that the problem may have been bigger than them, but so was the solution. It was in trust rather than the treasury. It was in the King (of Kings).

We are still the church. We are millennia later, but our God is the same. And our call to action is the same. It is to love our God and to love one another. And his love and provision for us teaches us how to do the same. It teaches us where to focus our attention. On him – our provider – and then on the needs of those around us.

And herein is the source of the Macedonian church’s joy in their giving. Not that they were not sensible enough to understand that giving away might mean less for them, but that they were faith-filled enough to believe that God honours his promises. The God of manna and quail. The God who parts seas. The God of rescue and restoration. He is the source. They understood to raise their eyes beyond the economics of mankind to the power of God.

A countercultural call to action

In 2 Corinthians 9, Paul writes a message that seems almost childish in its apparent lack of consideration for the basic principles of economy. And this is the space for operating in child-like faith. If my (perfect, not earthly or marred by poor modelling) heavenly father says he will do it, he will. And so the call to action remains relevant to us who will choose to trust that our God is who he says he is. That his promises are trustworthy. That he will sustain us.

‘Each of you,’ Paul writes in verses 7–11, ‘should give what you have decided in your heart to give, not reluctantly or under compulsion, for God loves a cheerful giver. And God is able to bless you abundantly, so that in all things at all times, having all that you need, you will abound in every good work. As it is written: “They have freely scattered their gifts to the poor; their righteousness endures forever.”

'Now he who supplies seed to the sower and bread for food will also supply and increase your store of seed and will enlarge the harvest of your righteousness. You will be enriched in every way so that you can be generous on every occasion, and through us your generosity will result in thanksgiving to God.’ 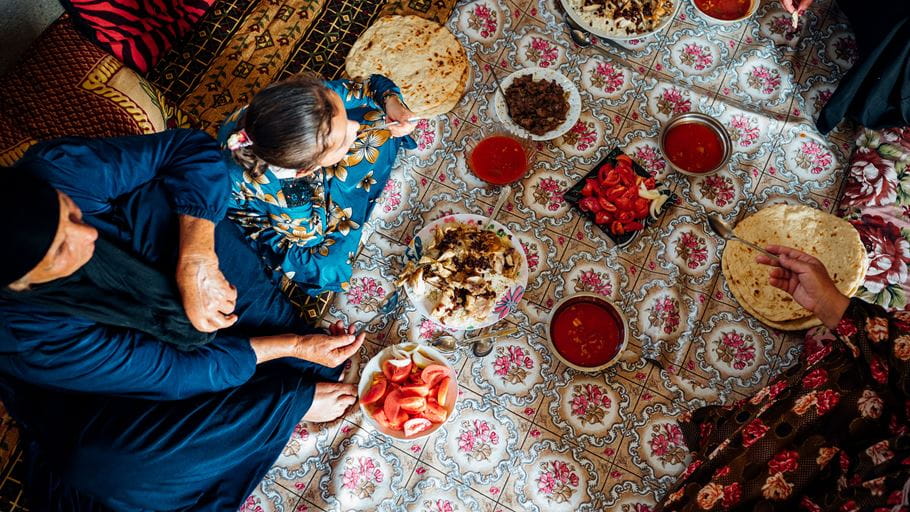 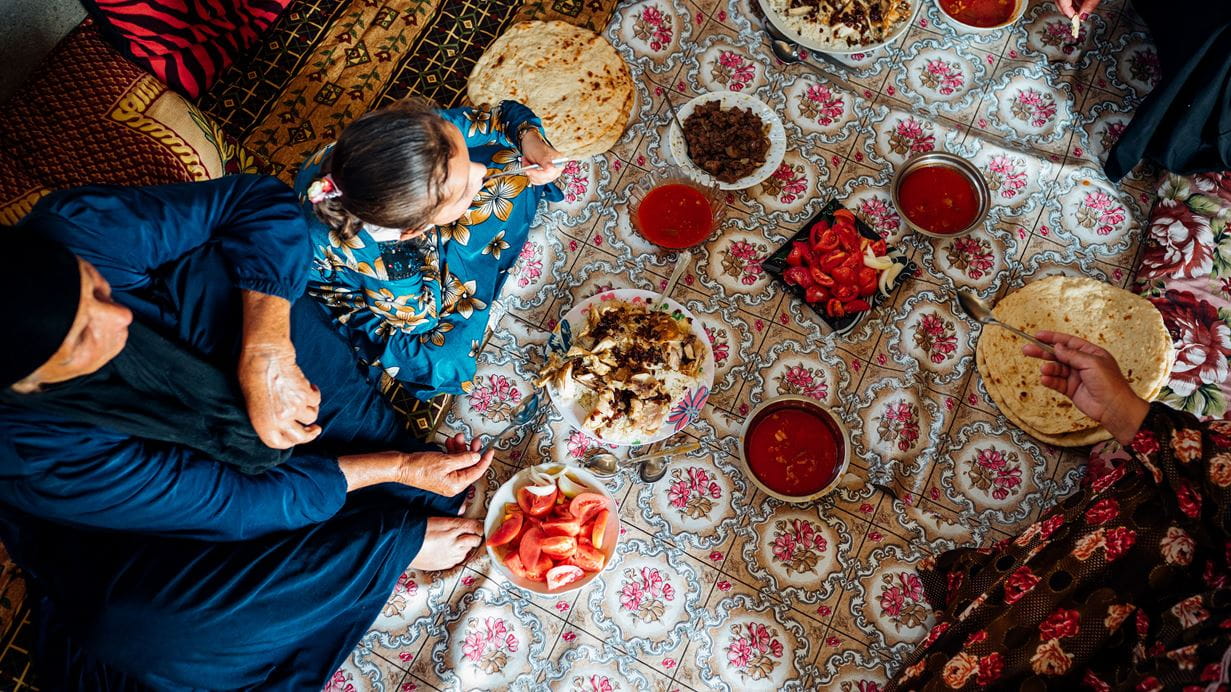 Even the most basic daily essentials – such as food – are becoming increasingly difficult to afford for people all around the world. Image credit: Ruth Towell/Tearfund

Added value and a sound investment

Of course, God also says that we should ask him for wisdom and he will give it to us (James 1:5), and as Tearfund, we work hard to invest wisely and prayerfully in solutions that are sustainable and make the most of whatever resources we have. Every penny and pound given makes a material difference. Beyond that, this giving speaks a louder message too. It speaks a message of solidarity, of love for our brothers and sisters around the world, and of our gratitude for what God has given to us.

Paul writes it like this (in 2 Corinthians 9:12–15): ‘This service that you perform is not only supplying the needs of the Lord’s people but is also overflowing in many expressions of thanks to God. Because of the service by which you have proved yourselves, others will praise God for the obedience that accompanies your confession of the gospel of Christ, and for your generosity in sharing with them and with everyone else. And in their prayers for you their hearts will go out to you, because of the surpassing grace God has given you. Thanks be to God for his indescribable gift!’

We thank God for the precious gift that is each and every Tearfund supporter who prays and who gives as we work together as part of the body of Christ to love one another in the way that we have been shown by Jesus.

Ruth Tormey, our Head of Church and Supporter Engagement, says, ‘Tearfund’s supporters remain loyal and incredibly generous. We give thanks for their support, we treasure our relationship with them, and we regularly pray for them.’

In this difficult time, we, the church, can be God’s answer to the prayers of people facing the toughest situations. Please will you give as you are able.

Discover the kind of impact you can make

Read stories from Tearfund’s work responding to disasters and helping people lift themselves out of poverty.