How a doctor and a teacher challenged injustice in Lebanon

The Tahaddi Center went from serving one family to an entire community – see how God has been at the heart of it all.

Tahaddi means ‘challenge’ in Arabic. And challenge is exactly what the Tahaddi Center – who Tearfund supports through a local partner in Lebanon – is doing. They are challenging injustice, building relationships and providing a way for some of the most marginalised people in the country to access healthcare, education and skills training. And it’s making a huge difference to people living in poverty.

Catherine, who is the director of the education centre at the Tahaddi Center, tells us how they went from serving one family to an entire community – and how God and prayer has been at the heart of it all.

Where the story began

‘The story of Tahaddi began more than 25 years ago,’ says Catherine. ‘We used to go with some friends to a specific family where we would teach them a bit of Arabic and maths and do some activities with the children. And then other children came and joined us and later, the other co-founder, Agnes, who is a doctor, came to Lebanon with her family.

‘I wanted to show her where we used to take care of this group of children, but the place where they used to live had been removed and we couldn't find the families again. And [people in the area] told us, just go a bit further and you will find them.’

Catherine walked with Agnes around 200 metres and found families living in shacks. Some of them had closed off their homes with cardboard or wood. They didn’t find the family they were looking for – but what they did find were families who they knew they could use their skills to help.

And that is where – on that spot – the Tahaddi Center was born. 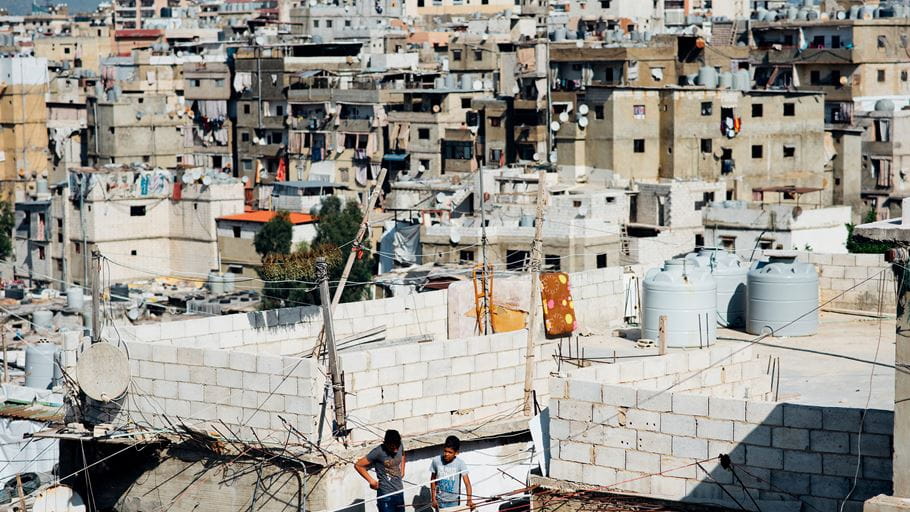 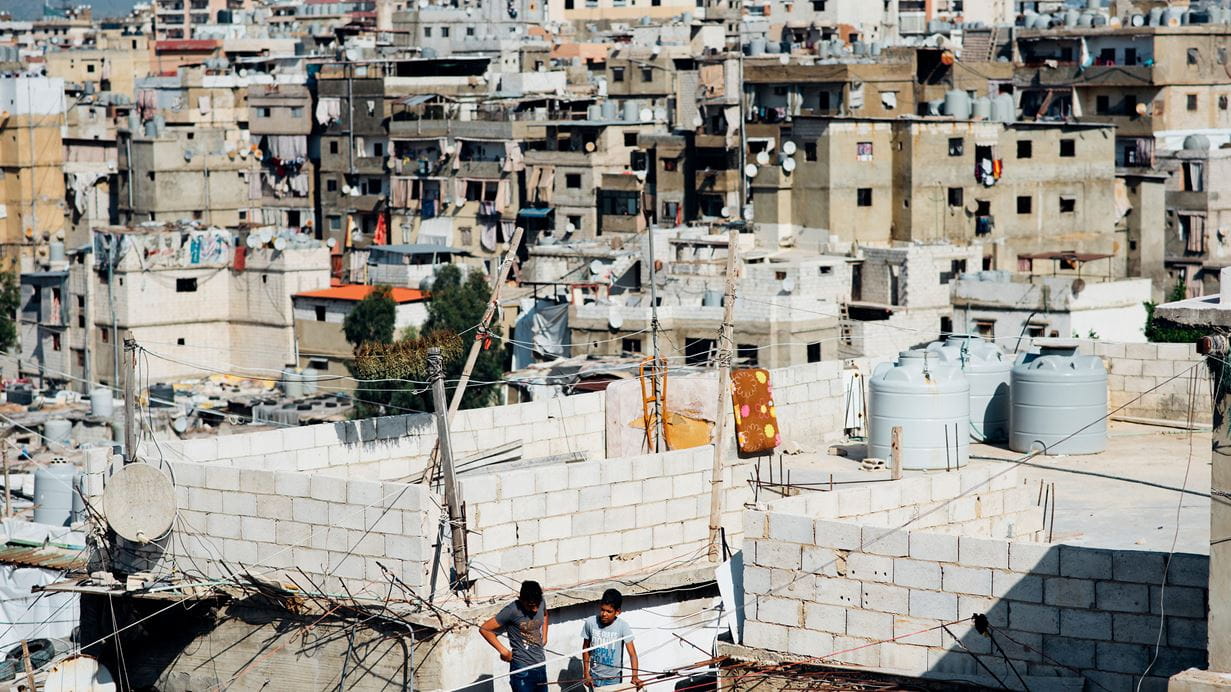 A view from a home near to the Tahaddi Center in Lebanon in 2019 | Image credit: Ruth Towell/Tearfund

What a doctor and a teacher can do to help

‘We noticed that a lot of children had infections in their eyes,’ shares Catherine. ‘And, Agnes being a doctor, it gave us kind of an opportunity to very naturally relate to these families. We promised to come back the next day with whatever was needed for the eyes of the children. And this is what we did.

‘There were many more children than we thought. So we did this I think for three or four days in a row. And very naturally people thanked us and invited us to their room and served us coffee. And so that was a very easy way to get to know them and gain their trust.

‘We decided to come once a week and we came back for two or three years with two big bags of medicines and disinfectant. People would call us and show us their children had fallen or they had wounds and we would do simple care.

‘But very quickly we noticed that a lot of children were not going to school. And families had difficult access to medical health or to health services.

‘Agnes being a doctor and myself being in education, very naturally, before we even thought of doing anything that is called Tahaddi, began to work towards these two directions.

‘We rented two places. One for a medical place, where people would come and would be seen in a clean place, and also two rooms where we had first I think 30 children that were eight and above who were unschooled and illiterate.

‘And we began in a very non-formal way to have Tahaddi. It was not called Tahaddi at that time. Little things of course grew…’

Built on a strong foundation

‘When we began Tahaddi, we thought about core values and vision and mission… We thought about justice because it's very important,’ explains Catherine.

‘There's a lot of injustice around us, injustice to these families and the children. Lot of these families are marginalised because of their social background or their nationalities or who they are, from where they come, how they look.

‘And we thought it is unfair that children should pay the price of racism or prejudice… So justice is one of our core values.

‘Integrity… and compassion. Compassion, it's a big word, but it means respect. It means caring for the wellbeing of the staff, others in the community, children, their families, elderly and with empathy.’

These pillars have led to an approach that Catherine and her team refer to as ‘being with and walking alongside’ others. And it’s at the core of how Tahaddi continues to serve people to this today.

A big answer to prayer for Catherine was when the Tahaddi Center was looking to expand and open a new centre for mental health and trauma support.

‘We had gone through so many places and we couldn't find [anywhere]. So we actually had spent some time praying, three of us, different faiths again and short prayers, “God, where are you? What do we need to do? We really think this is something we need.”

After walking from the health centre to the education centre that Tahaddi runs, Catherine saw a building being built.

‘I told my friend, “we need to ask if he wants to sell it”. And he sold it to us and we all felt it was so much a direct answer to our prayers.’

This is the building now that the Tahaddi Center runs trauma support for the community from – changing the lives of thousands of families in the area. 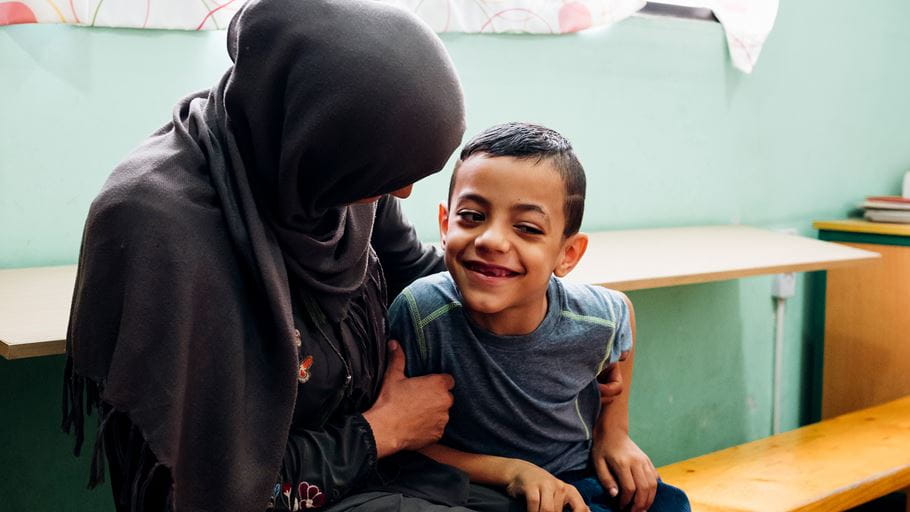 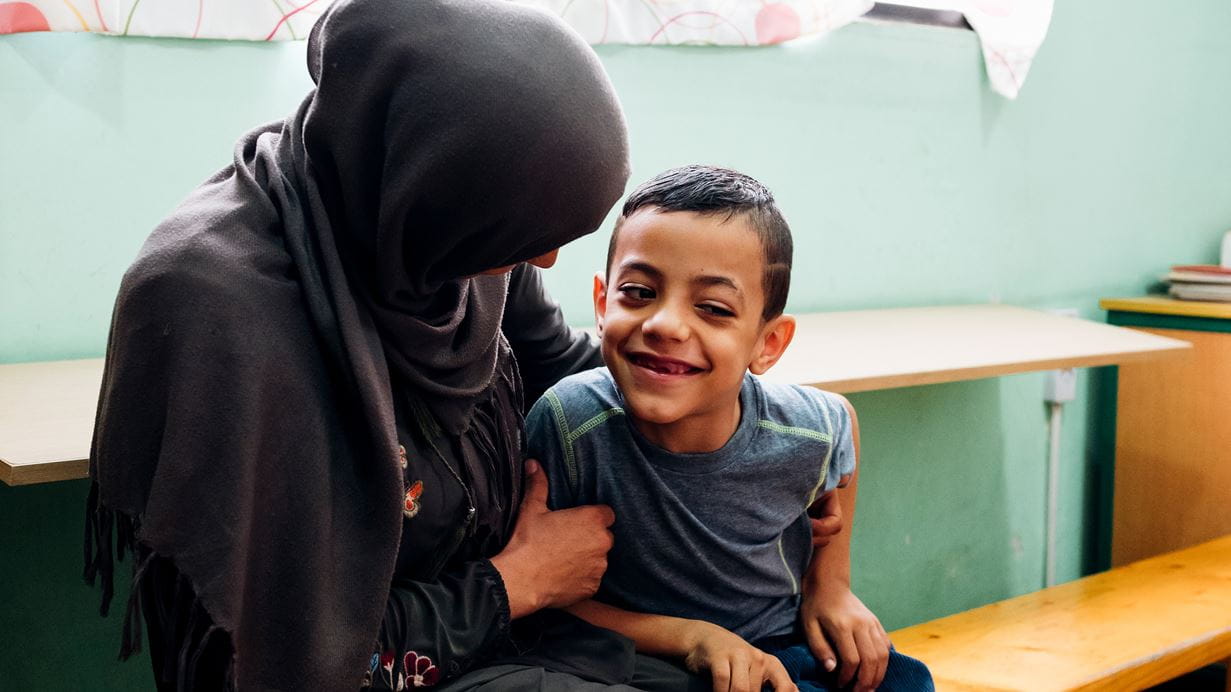 The Tahaddi Center is a lifeline for many refugees and other marginalised communities as it provides access to healthcare – which many people cannot usually afford. Alea – a Syrian refugee – has been able to get treatment for her son, Abdul, to make it easier for him to walk | Image credit: Ruth Towell/Tearfund

A safe haven for children to thrive

For children, the Tahaddi Center has become the safe space they need to help them to overcome trauma and to help them reach their God-given potential.

‘I will say that it's a safe haven – where nobody will hit them, where they feel protected or if something happens, they know where they can look for help or protection,’ says Catherine.

‘We are one of the rare education centres where both Lebanese and Syrian learn together in the same classroom. And so we learn to accept each other also.’

This is important – and helps to improve relationships between communities across Lebanon, which is home to 1.5 million Syrian refugees, as well as refugees from Palestine and other minorities.

As Lebanon faces economic turmoil and an inflation crisis, competition between jobs and resources has led to conflict between these communities. The Tahaddi Center is helping promote peace by creating spaces where these communities can learn together and build friendships.

A place for mothers to be celebrated

Relationships between family members are also being transformed.

‘I remember, when we had our first group of children and we had organised something for Mother's Day,’ shares Catherine.

‘So we told the children, please tomorrow let your mother come. You come first to school.

‘At 10 o'clock there were absolutely no mothers. So we had to send the children back and they came with their mothers and they just came unprepared. Some didn't come. They had absolutely no idea what Mother's Day was, what a celebration was, why it was for them.

‘So we did it and they were so happy!’

The celebrations include performances from the children and a time to deepen friendships with the community. And it has been such a success.

‘And then year after year we did Mother's Day and there were more and more mothers who came and now when we organise Mother's Day, an hour before they're queuing behind the gate because they know and they're so proud of their children when they perform in front of them.’

And through these deepening relationships other successes have also come about.

‘I also remember at the beginning of May, usually parents would take their children because they would go and work in fields in other regions of Lebanon. Half of the children suddenly would go,’ says Catherine.

‘And now absolutely no family would even think of taking their children out of school and go to work with them. If one of the parents needs to go, then he or she would go and work. But they would leave the children till the end of the school year.’ 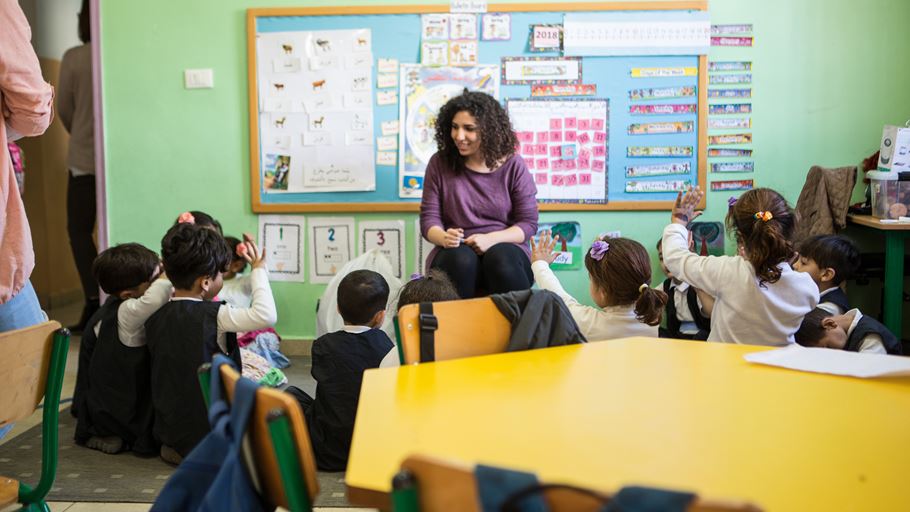 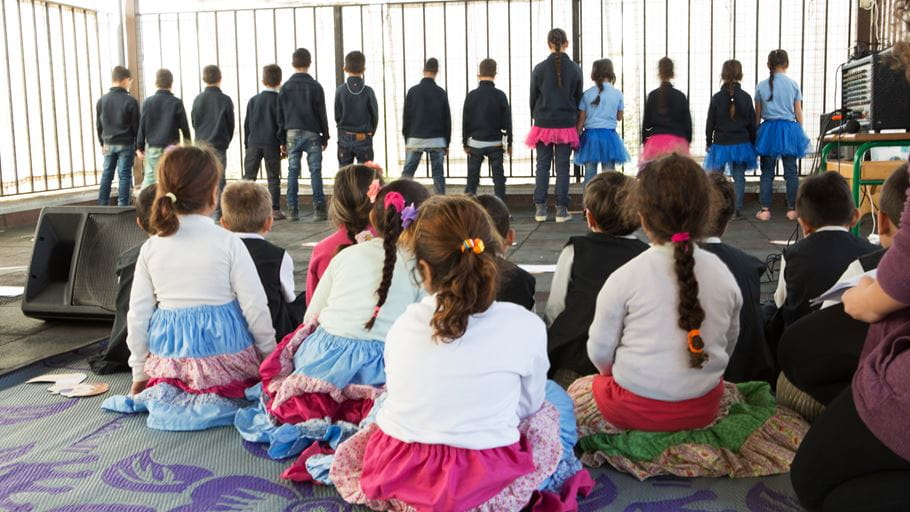 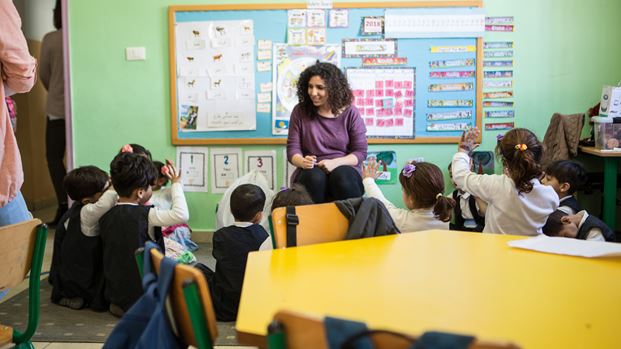 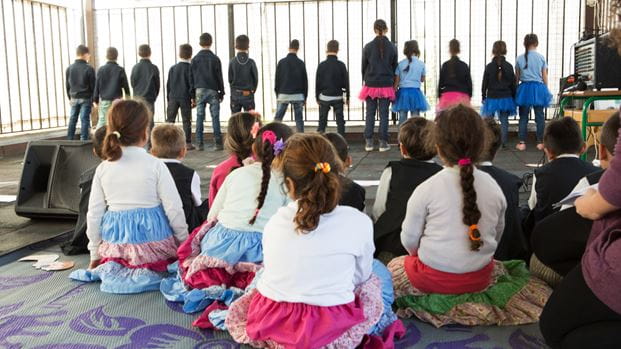 Hand in hand with us through prayer

‘It's incredible to see how many of you stand in solidarity with this project. And without you we would be able to do nothing,’ says Catherine.

The Tahaddi Center has shared that they are now going through a tough time and would appreciate our prayers.

Prayer activity to help you to pray for Lebanon

‘When people come and they are going through so much hardship, they always say in Arabic, “Grace be given to God.” And I'm always very touched because I think, wow, whatever hardship happens, grace be given to God,’ shares Catherine.

Read over the above bullet points again. At the beginning and end of your prayers, say ‘Grace be given to God.’ In doing this, acknowledge how God has moved in Lebanon to help grow the Tahaddi Center and help so many people and how God is still at work today.