Peacemaking in one of the most dangerous places on Earth

Meet people in the Democratic Republic of Congo who are transforming lives through promoting a message of peace.

The Democratic Republic of Congo (DRC) is one of the most dangerous places on Earth. Ongoing conflicts between armed groups across the country have led to millions of people fleeing their homes and living in temporary camps. But there is hope. Meet some of the peacemakers who are bringing change to their communities.

Ngona* leads a local youth group in eastern DRC, which includes children from 31 villages. He uses his testimony of being a former child soldier to discourage others from going down that path.

‘I lead community dialogues in these villages to talk about peace and encourage young people to stay away from armed groups,’ he shares.

‘We also talk about the word of God, to preach love and put an end to killings and war. Results take time, but they are positive and I am motivated when I see young people resisting the calls of the militia to join them. I thank God for each person who chooses not to join the armed groups.’

Ngona works closely with Tearfund’s local partner who is running training courses for young people in the area. Opportunities like this mean that young people are less likely to join armed groups and can build a better future for themselves.

‘With the training these young people receive there is hope for the future,’ says Ngona. ‘I am convinced that if we train young people in my area they can be useful in society and can be used for the development of the country and be actors of peace.’ 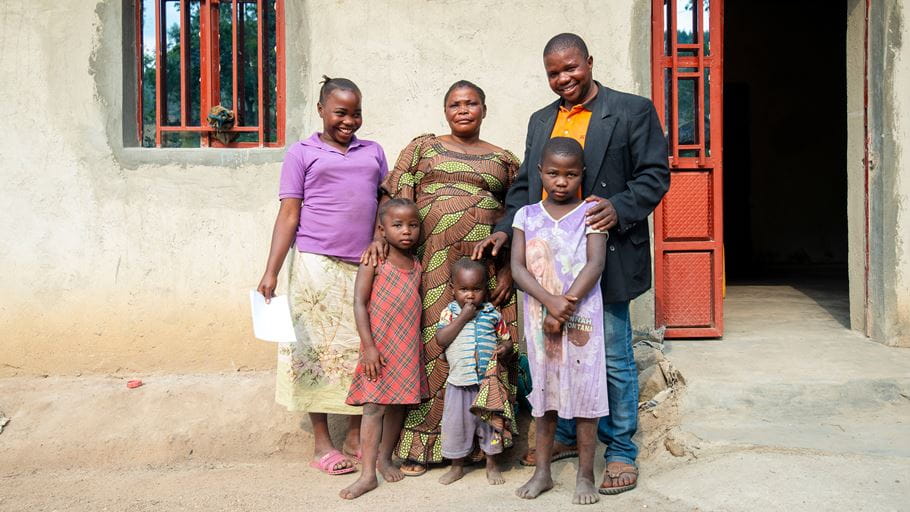 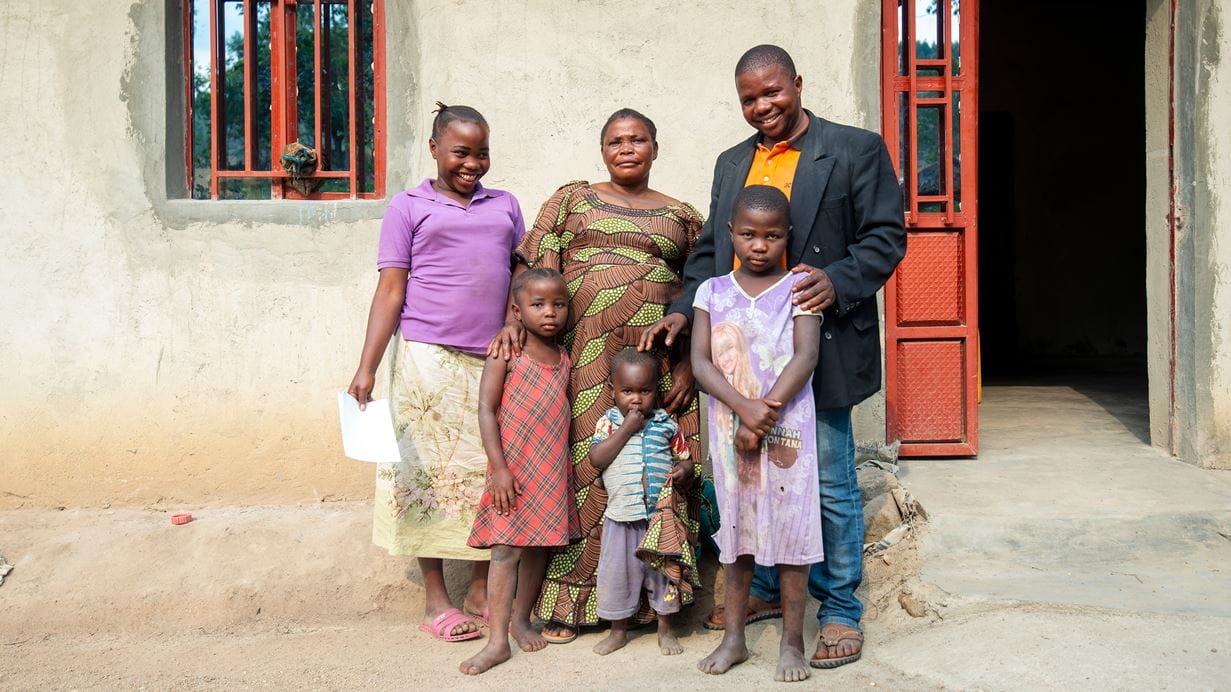 Ngona was a child soldier but has turned his life around and is helping others to do the same. Here he is with his family | Credit: Arlette Bashizi/Tearfund

The church with a plan

Pastor Bagame leads a church in north-east DRC – an area that is currently hosting many people who have fled violence.

‘The people of my village live well and they have been welcoming to the refugees – they have welcomed them into their households. Tearfund and [Tearfund local partner] Mavuno have helped the refugees a lot with training in agriculture and have given them seeds, and for that we say thank you.’

‘The church also gave a large part of land to the refugees to plant their seeds, something which now allows them to be food secure.’

‘The most encouraging thing that I see here is the training that Mavuno provides to the project. This technical assistance is very important for the refugees… We see financial independence for the displaced people because when they harvest their crops they can sell a part and can earn money. They also have enough to eat and this is very important.’

However, due to the rise in violence, there has been a significant increase in the number of people fleeing to Pastor Bagame’s community and resources are being stretched like never before.

‘If things continue like this – with this rapid increase in the number of refugees in this village – I fear that there will be a food crisis, and I fear that we won’t have enough households to accommodate more families.’ 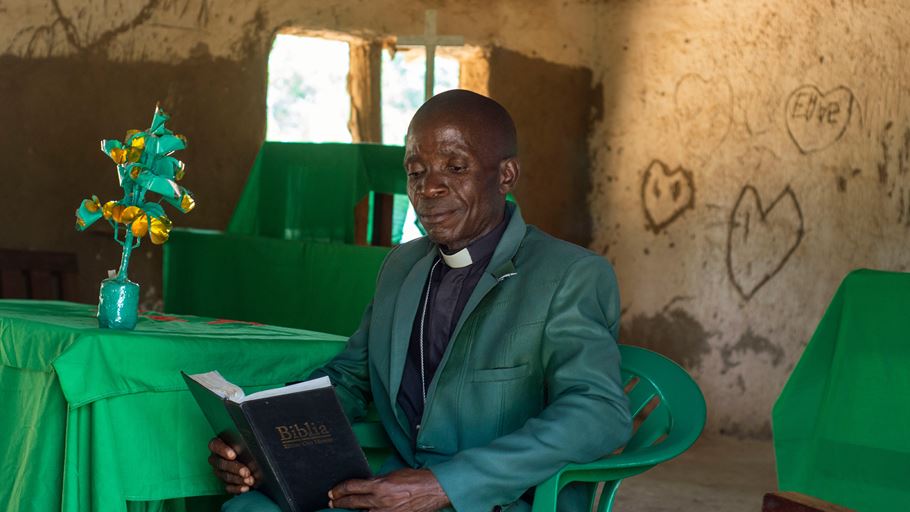 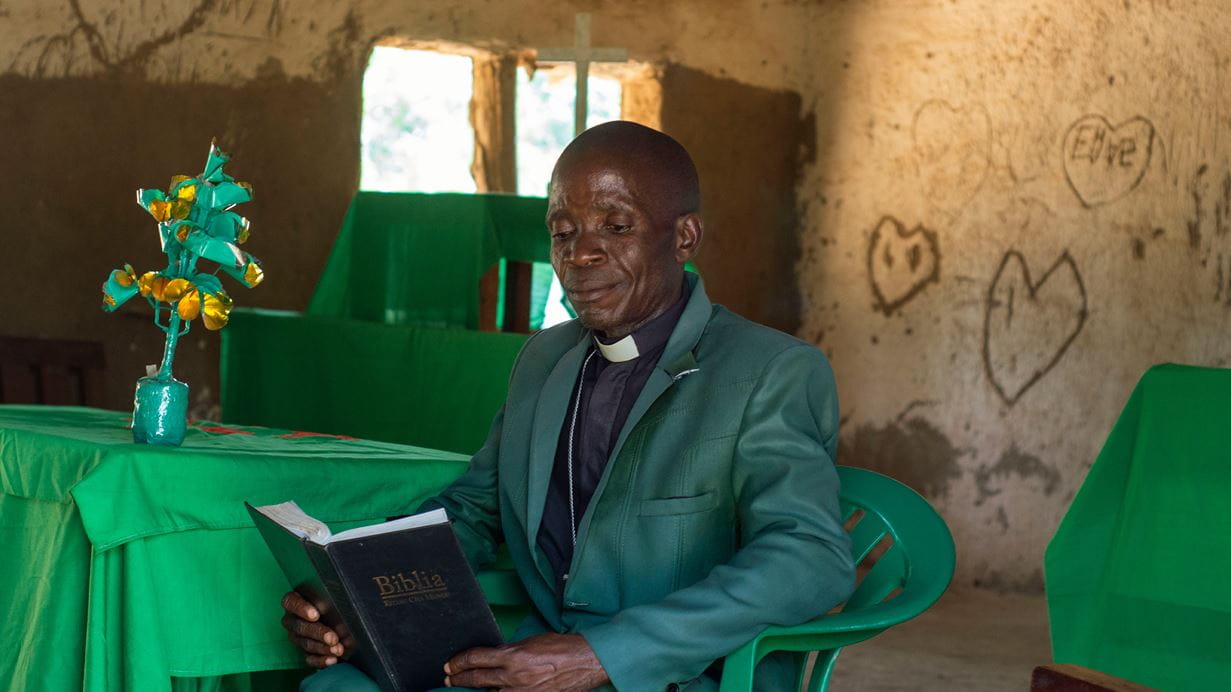 Pastor Bagame and his church are doing all they can to support people who have fled from the violence | Credit: Arlette Bashizi/Tearfund

‘I hope that these displaced people will one day be able to return to their homes and resume their normal lives,’ says Pastor Bagame.

‘I think God has a good vision for these refugees. I believe he can one day bring peace to this country and every refugee can return home. And once again thank you to Tearfund for their assistance.’

‘Across the DRC, there are many people like Ngona and Pastor Bagame who are bringing peace and changing lives in their communities,’ shares Hebdavi Muhindo, who leads Tearfund’s work in the DRC.

‘The need is great in the DRC – violence is increasing and the recent volcanic eruption has forced thousands from their homes. It is stretching our resources like never before.

‘Thank you so much for your continued prayers for the DRC and the people we serve. It makes such a difference. Please join us in continuing to pray for peace in the region.’