Church leaders are eliminating stigma and shame around infectious diseases. Let us pray for them.

Stigma and misinformation around diseases such as coronavirus, Ebola and HIV can cause a huge amount of harm. But church leaders can play an important role in changing the narrative – while helping to save lives. Read on to see how.

Tearfund works with more than 15,000 churches across 50 countries, reaching around 7.5 million people every year. We have seen faith leaders and communities make remarkable contributions in response to epidemics such as HIV and the 2014-2016 Ebola outbreak in West Africa. And now, with coronavirus.

During the Ebola outbreak, strict control measures were put in place to try to reduce the spread of the disease.

However, some of these measures, such as rules around isolation and burial, were difficult for people to accept. ‘The [government] response team did not understand how we live here,’ says Sikuli, a church leader in the Democratic Republic of Congo (DRC). ‘They arrived in villages in biohazard suits, looking like members of armed groups and frightening the population.

‘The team did not build a dialogue, taking into account local cultural values. In Butembo, the rumours were that the Ebola response teams were the origin of the outbreak, rather than the solution. [Church leaders] worked hard to change this false belief.’

Tearfund worked with a network of evangelical churches to bring together people from different parts of the community in a workshop. This provided them with the opportunity to discuss why there was resistance to the measures being put in place. They were then encouraged to propose actions to reduce stigma and help prevent the spread of the disease.

Today, important messages about how to prevent, identify and respond to Ebola are being shared much more widely, using clear language that everyone can understand.

A UN staff member said, ‘There was a lot of Ebola denial and it was difficult to get health staff into the area to assist… Because people trust [religious leaders], when they started participating in the revised burial practices, resistance ended. The participation of religious leaders was a game-changer.’ 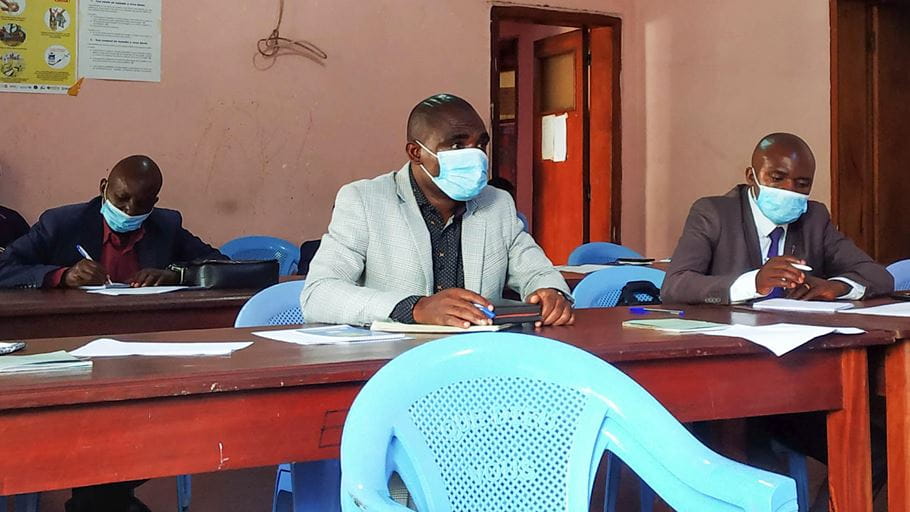 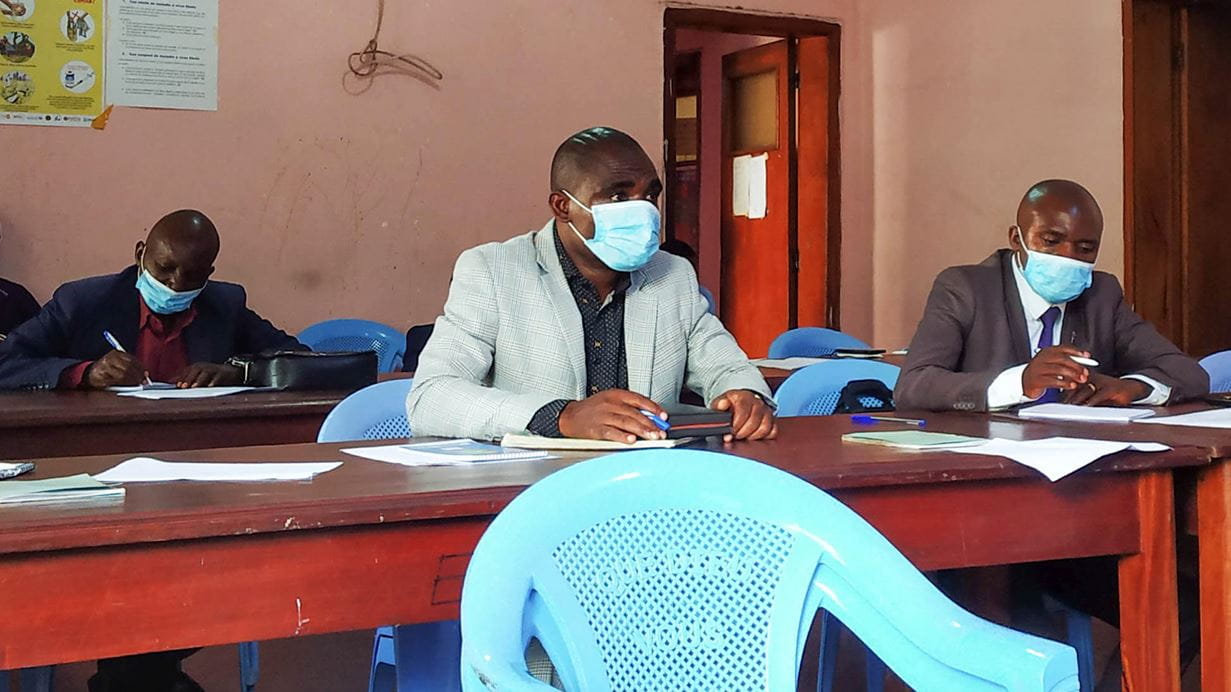 In the DRC faith leaders attend a workshop run by Tearfund to learn more about how they can protect their communities from coronavirus. Within 42 days they had been able to reach more than 72,000  people with accurate information about coronavirus | Credit: Tearfund

The lessons learned from Ebola have been vital in tackling some of the stigma surrounding the Covid-19 vaccines.

Early in 2021, the Evangelical Fellowship of Zambia, our local partner, was concerned about misinformation that was circulating on the Covid-19 vaccines. They discussed how the church could use its influence when the country eventually received supplies of approved vaccines.

With Tearfund’s support, the Evangelical Fellowship of Zambia organised a gathering of denomination leaders together with a theologian and a Christian medical scientist experienced in vaccines. The scientist set out facts on the vaccines and, together with the theologian, helped the church leaders to understand that the common myths about the vaccine were untrue.

Following this, the church agreed to a public statement on the Covid-19 vaccines, aiming to reach senior church leaders in the provinces to address common vaccine myths at a local level. They also facilitated conversations between church leaders and the Zambian Minister of Health to enable the church to influence the government’s vaccination plans. This can help ensure that governments enact fair and just policies that adequately take into account the most vulnerable communities.

Vaccines are just one part of the fight against disease. Survivors and those suffering with diseases face stigma, discrimination and rejection.

‘Stigmatisation is a very serious social problem when it comes to the Ebola virus, as used to be the case with HIV,’ said one Christian leader in the DRC. ‘We have challenged HIV stigma and are now doing the same with Ebola... Our ministers are preaching that people should accept their brothers and sisters, while still observing health guidelines.’

Gloire, from North Kivu in the DRC, tested positive for Ebola in 2019. She says, ‘After I left the treatment centre I was rejected by my neighbours and my husband. My husband didn’t want me anymore and finally decided to leave me. To be known as someone who was at the Ebola treatment centre was painful… We were being treated as if we were no longer human.’

Gloire received support at the Bethesda counselling centre in Beni. The centre is run by our local partner, a Christian university. ‘I was welcomed at the Bethesda centre in a way I had never experienced since my recovery,’ Gloire says. ‘This is where I realised that I am still human and I am determined to go on with my life.’

Church leaders around the world are playing a crucial role in eliminating stigma and shame around infectious diseases. Let us continue to lift them up in prayer.

Thank you for your church. Thank you for its leaders, and for the service they give to communities. We pray that more and more churches will take the lead in spreading truth and tackling stigma around diseases. And we pray that governments will prioritise and protect the most vulnerable communities in the face of diseases such as HIV, Ebola and Covid-19.

In Jesus’ name we pray, amen.