Giving young people a vision to end poverty in Pakistan

Adeel Rehmat from the Pak Mission Society tells us why he’s so encouraged by a new generation of believers.

As part of a global response, the then-fledgling Christian organisation Pak Mission Society (PMS) became a partner of Tearfund.

Adeel tells us what it’s like for a Christian-based charity working in a Muslim nation, and why he’s so encouraged by a new generation of believers.

How did it all begin for the Pak Mission Society?

I think PMS is on a journey of faith. We were established before the earthquake in 2005, but at the time we were at a very early stage in our work, with no funding, no experience, and no exposure. After the quake, we really started to build the organisation.

When the earthquake happened it gave us the opportunity to work in areas where we hadn’t been allowed to work before. Some national and international partners helped us to step into those areas, and we continue to work there today.

Tell us about the impact PMS has in Pakistan?

PMS wants to engage young Christians – to equip and train them for mission work, to reach unreached areas in Pakistan. Church and youth engagement is the heartbeat of PMS.

We are involved in health projects, education, disaster response, and circular economy initiatives (economic and production models which emphasise repurposing and recycling).

At first we were afraid, as Christians, to engage with the majority of communities. Now we are encouraged to work alongside them. There is an acceptance – by government and by the communities. We’re walking with God and he's opening the doors for us. We just need to follow him.

Does being a Christian organisation, operating in a majority-Muslim country, raise any particular challenges?

About 80-90% of our work is with Muslim communities, because we feel called to serve there. We want to go into those areas which are unreached, and where no one else is working.

Generally speaking, we’re not discriminated against for being Christians, in fact we are well received. Yes, there were some fears in the beginning that maybe we were there to convert people, or that we were distributing Christian literature. We are very clear that we are here to just share God’s love – regardless of race, colour or religion. 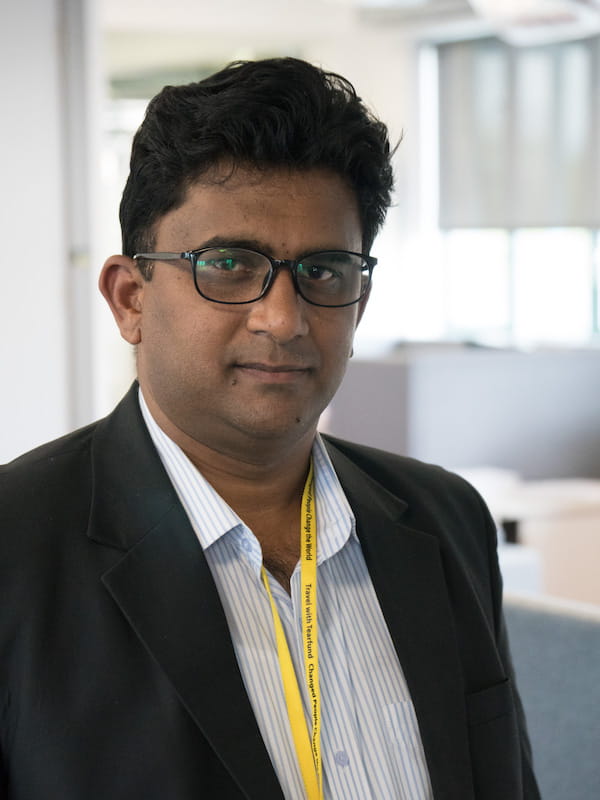 How important is it for PMS to have a distinctively Christian approach?

I think there are many secular organisations who are doing better work than us. So why are we doing this? I think God has called us to do things differently, to have a different impact. So I strongly believe that God wants us to be in these areas. God has called us to reach these people with his love.

Why are young people so important to the future of your work?

I think today in Pakistan there are many young people who are educated, who are qualified; they want to do something, they are passionate and they want to live and work differently. That’s why I strongly believe that we need to help them move forward, in the same way that I was helped.

Young people have a thirst and a vision to do something, and we need to give them an opportunity.

Tell me about the communities that you work with, alongside Tearfund. What are the main needs they have?

According to a recent UNICEF report, Pakistan is the country with the second highest infant mortality rate in the world – it’s very high.

There is also a need to empower women in Pakistan. It is a key issue.

And there is big need to build the capacity of the churches and to develop more Christian leaders. Perhaps there is a need to share the experiences of other churches around the world. We need a new roadmap for how we can help churches engage with their communities.

Tearfund is one of those partners in Pakistan who want to see and implement things differently in terms of church engagement, youth engagement, and a circular economy. I’d like to build and strengthen our partnership with Tearfund.

• Please pray for the communities PMS is reaching and those who it would like to reach.

• Thank God for Adeel and his staff at PMS. Pray they will continue to be encouraged and strengthened in their work.

• Pray particularly for the young Christians in Pakistan, that their true potential can be nurtured, enabling them to do great things.