Too hungry not to hike

Violette has come to our Burundian partner’s emergency feeding centre with her youngest son, Eduard. I ask how far she has come, and she tells me she has walked between two and three hours to get here. I ask the translator to repeat the question, because Violette is eight months pregnant. Her answer remains the same.

The sticks seem strange for a ten minute walk, but they make complete sense 45 minutes later, when we arrive at our destination sweating and out of breath. The landscape in this rural part of Burundi is muddy and steep, and there are no paths. As a mum myself, I can’t imagine how difficult it must be for pregnant Violette to trek like this for three hours, and with a hungry five year old in tow. 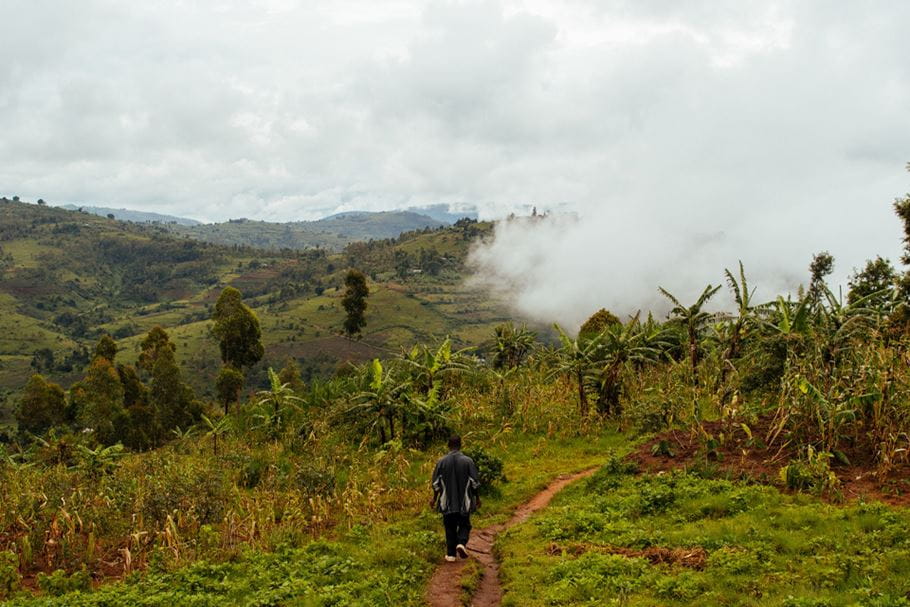 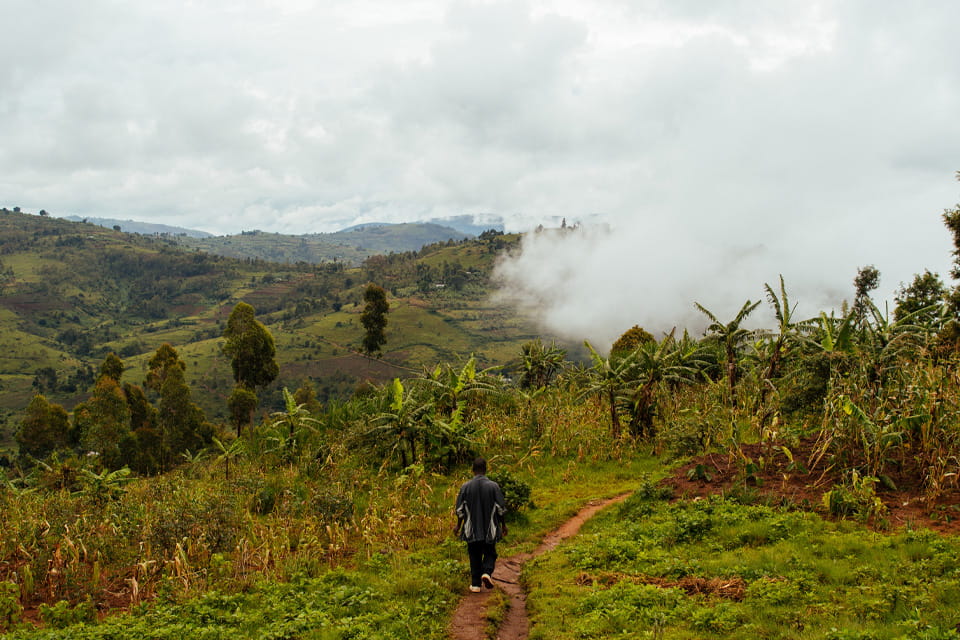 Despite the challenge and potential danger ahead, Violette didn’t think twice when she set off that morning, because she and her family are desperate for food.

‘A neighbour told me about the centre,’ she says. ‘Now, my children will be able to eat some porridge in the mornings. Before, they could go a whole day with no food.’

Violette herself is also receiving emergency food, as she and her unborn child are especially vulnerable to hunger. ‘I’m not sure I would be able to stay alive without this feeding programme,’ she says.

Political turmoil and failing crops have resulted in a widespread hunger crisis. Like Eduard, one in every six children under five faces chronic malnutrition.

Our church partners in Burundi, as well as neighbouring Rwanda, are doing all they can to reach vulnerable families like Violette’s, including running repeated eight week emergency food programmes like the one I visited. To enable them to help more people, Tearfund has launched a crisis appeal. 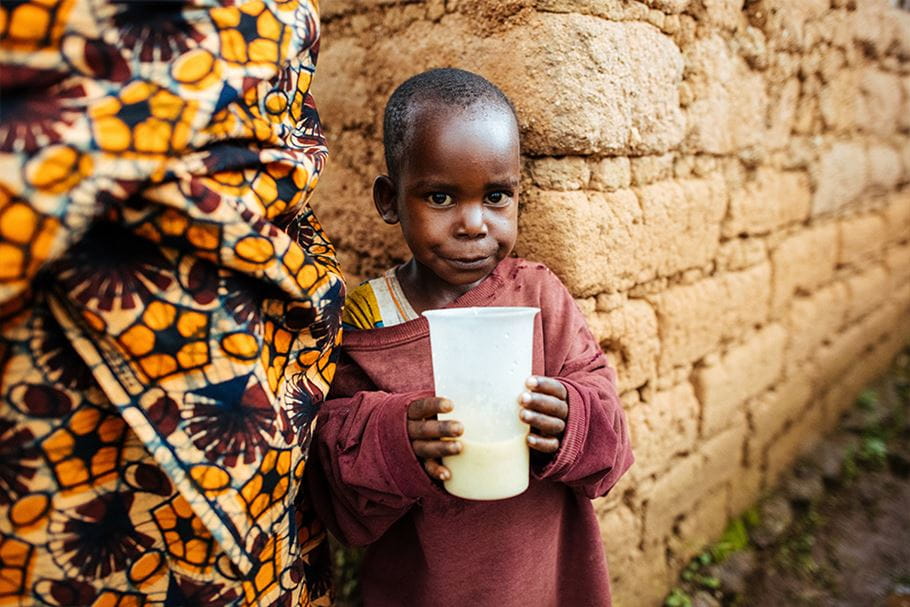 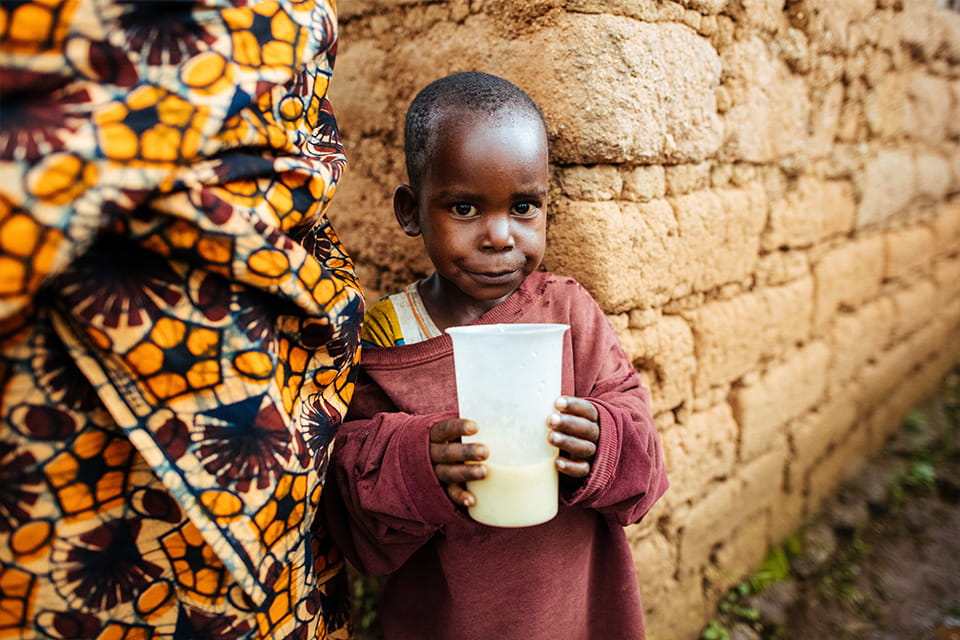 Violette and Eduard are given a cup of nutritious porridge at the weekly feeding centre, ingredients to make it at home, and crucial advice on health and nutrition. (Photo: Tom Price/ Tearfund)

‘Tearfund follows Jesus where the need is greatest. And you are putting that into practice here in Burundi, because the need is vast,’ says Ildephonse, from our partner FECABU.

I met so many children battling hunger in Burundi, and determined parents like Violette, and Gordien who I wrote about a few weeks back. But I also saw the passionate, powerful response from our partners – hope and love in action.

Dear God,
We lift up Violette and Eduard to you today, and all those suffering in Burundi. They are so vulnerable, but you are their loving Father, and they are your precious children. We pray for your church in Burundi, that they will have the wisdom, energy and resources they need to help those who need it most. And we pray for lasting peace and stability in that country, and for a quick end to the hunger crisis.
In Jesus’s name we pray, amen.

Thank you for your prayers. If you feel led, you can still donate to our Burundi Crisis Appeal.