Rwanda is still remembered for the terrible genocide of 1994, when the Hutu people slaughtered the Tutsi people with an estimated 800,000 deaths, that’s around 70 per cent of the Tutsi population...

To mark 50 years of Tearfund, we’re sharing about 50 countries where we’ve worked, celebrating God’s provision and power to transform, and praying for each of these nations. This week we’re in Rwanda.

Rwanda is still remembered for the terrible genocide of 1994, when the Hutu people slaughtered the Tutsi people with an estimated 800,000 deaths, that’s around 70 per cent of the Tutsi population.

In many ways Rwanda has made a lot of progress following the terrible violence, although there is still a great deal of reconciliation work to be done, if lasting peace is to be ensured.

Not enough to go around

Rwanda has a stable government, which has been a great help. However, poverty and hunger are both serious issues: 39 per cent still live below the poverty line, and 16 per cent are classified as living in extreme poverty. Right now, the country isn’t producing enough food to feed its people. This is partly because of population growth, but also agricultural methods and business are badly out of date. Matters are made much worse by changes in the climate.

We began our work in Rwanda in 1970. Then in 1994, Tearfund sprang into action, in response to the genocide, utilising its Disaster Response Unit, formed earlier that year – our first ever coordinated response to a major disaster. Currently we are working in 11 regions of Rwanda – eight poor rural areas and three others on the outskirts of the capital Kigali.

In the villages especially, there is a huge number of vulnerable people – those injured during the genocide, and others who fled the country during the violence and returned with nothing. The districts are susceptible to natural disasters and the effects of climate change, such as drought, flash flooding and landslides.

We are working through local churches, enabling people to find new sources of income, and encouraging entrepreneurship and other economic activities. Much of this work occurs through self-help groups – small-scale community savings schemes. It means that people from low-income backgrounds have knowledge and skills to take advantage of local investment and business opportunities.

People who previously had no hope are discovering new ways to feed and support themselves. And the fruits of forgiveness are offering further hope for the future.

Jenifer had so much to offer, but it wasn’t enough...

She became a widow at a young age, and life has been tough for most of her adult life. Jenifer lives in Kayonza district of Rwanda with her three grandchildren, and a son with health issues so serious that he’s unable to work.

Coping all these years, she’s clearly got plenty of strength and resourcefulness. Enough to run a successful business, even. However the banks didn’t see it that way.

‘I used to struggle. To get a loan from a bank you need collateral. I have always loved doing business. However, with so many day-to-day problems in my life, it was impossible to find the initial capital for the bank.’ 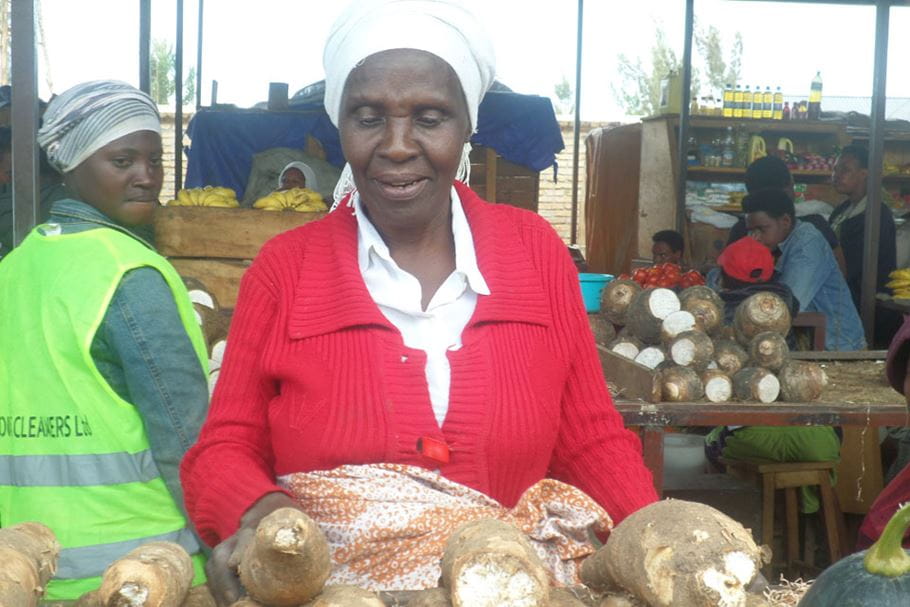 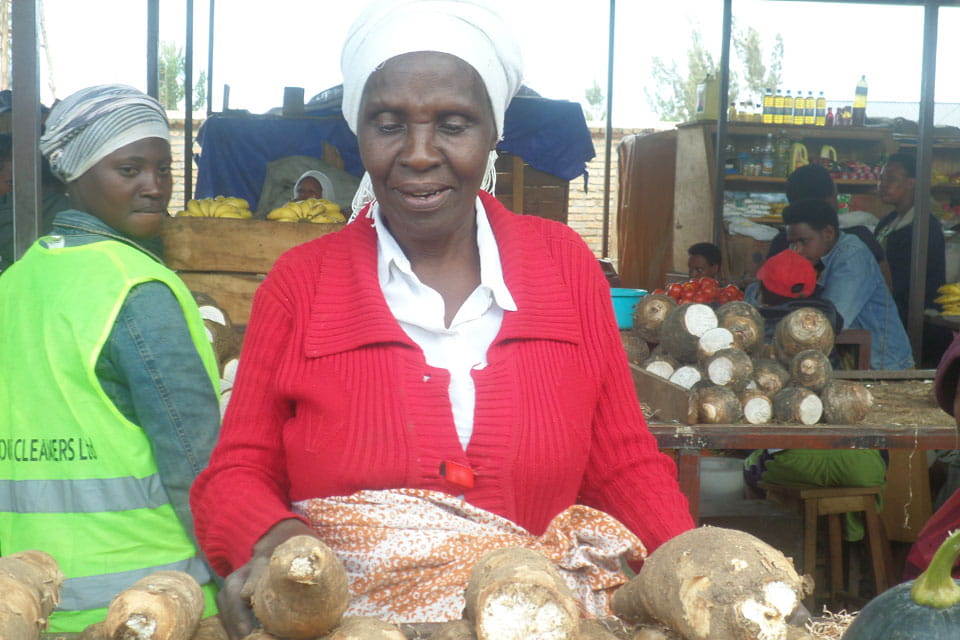 Jenifer, ready for business at her market stall

‘I was finally able to borrow money, which I invested. Now my business has really grown. In the beginning I borrowed 100,000 Rwf (around £85), part of which I invested in farming. The rest was used to pay for a place in market and buy the first vegetables for selling.’

‘It wasn’t easy to pay back but using the profits from my business and produce I got from farming, I repaid it in full in just two months. I would then get smaller loans, like now I have a loan of 40,000 Rwf, which I got for growing my business. I should pay this one in a few weeks.’

‘I’m now able to properly support my family. And being together with the other women in the self-help group has really helped me. It has got me out of loneliness since we visit each other and support each other – emotionally, spiritually and economically. Also it has increased my confidence, through interacting with other women, young and old.’

Jenifer stands proud and confident by her selection of peppers, tomatoes, onions and much more. She’s doing something she loves to do. She just needed someone to believe in her abilities and help her get started.