To mark 50 years of Tearfund, we’re sharing about 50 countries where we’ve worked, celebrating God’s provision and power to transform, and praying for each of these nations. This week we’re in Somalia.

Somalia has faced more than its fair share of trouble and turbulence. In recent years it has begun to rebuild, but has been rocked by a series of droughts that have left over 1 million people without secure access to food.

Founded in 1960, Somalia descended into near-anarchy in 1991 after the collapse of the socialist government. However, with the end of the civil war, some semblance of order was finally restored to parts of the nation.

Tearfund works in the Somaliland region of Somalia, on the northern coast. Along with the rest of Somalia, it has faced regular famines since 2011, due to changes in the climate.

There was more positive news last year, with much better rainfall. Along with market conditions and continued humanitarian assistance, this has made a significant difference. However the situation is still dire, with 1.5 million Somali people struggling for the food they need to survive.

Most of the population of Somaliland are nomadic pastoralists. The drought has driven them away from their land and into cities or camps for displaced people.

The drought has dried up most of the pasture, meaning that between 80 and 90 per cent of livestock has died. This has led to a lack of food, with rising prices and a severe shortage of clean water. Outbreaks of infectious diseases, some of them deadly, rose steeply during the famines and are still high.

The most urgent needs centre around food, nutrition, water and health. Tearfund has been working in Somalia since 2008, through a network of partners. The recent focus has been on an emergency response to the droughts.

An oasis and a beacon

A small, remote village in Somaliland is thriving, in spite of the terrible drought that has ravaged the region. It’s all thanks to a Tearfund project.

Across Somaliland, the land was dry and parched. Many communities were struggling to survive.

However in Calla Culle village, you’d be forgiven for not knowing the problems faced by others, just a short distance away…

And while Calla Culle is blessed with a spring and a favourable highland environment, the village's success isn’t just down to good fortune. 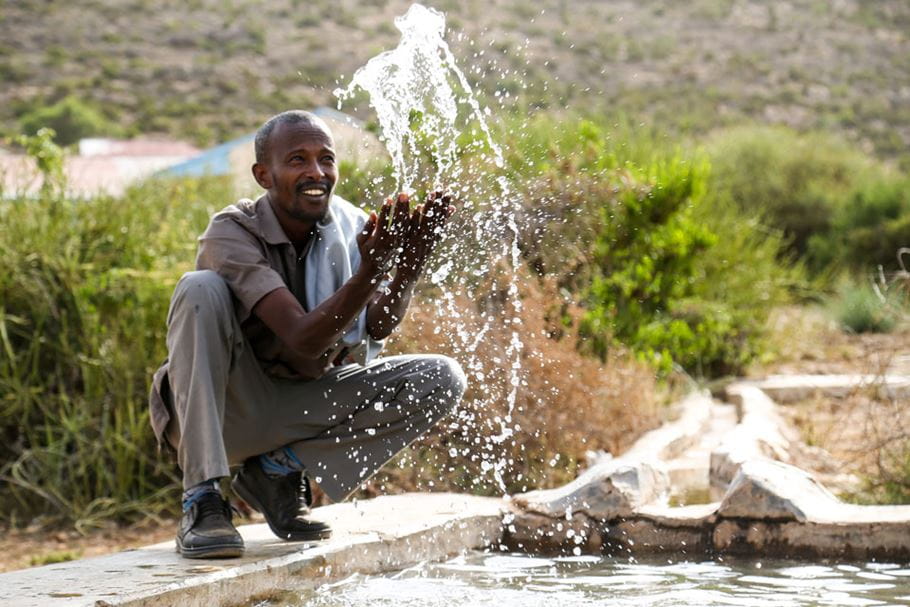 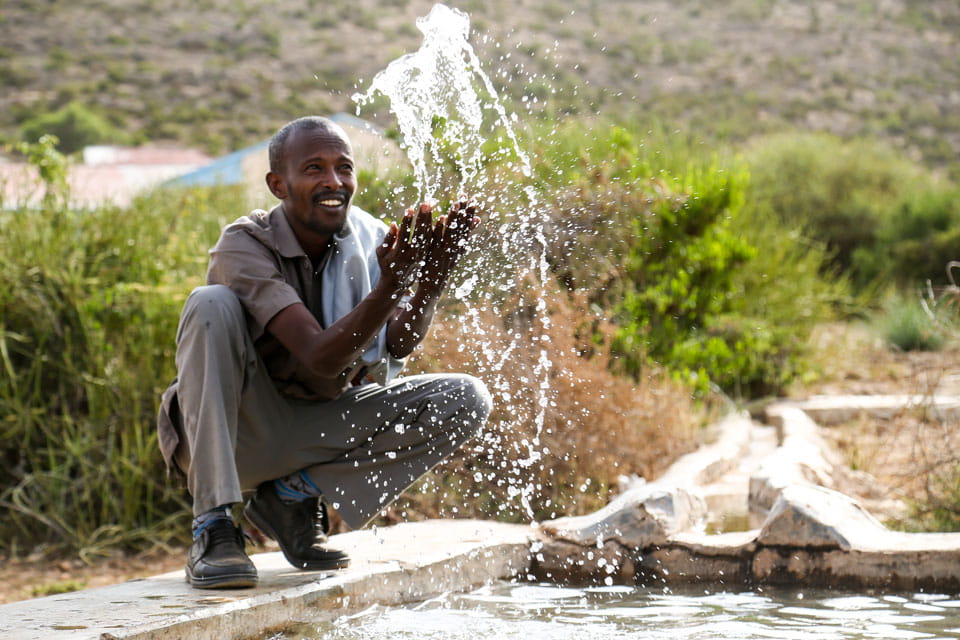 Ready for the worst

‘We were among the people least affected by the drought because we had been trained for natural disasters,’ says Liban, the village head. The drought resilience projects the villagers took part in were supported by Tearfund. They were implemented by World Concern, one of Tearfund’s local partners in Somaliland.

Even with this training, life was challenging for them: ‘After receiving the training we started saving food,’ he adds. ‘But the drought was very severe and what we had saved was then used up.’

However, the villagers didn’t give up. ‘We kept practicing the techniques we had learned in the training: next we planted food for the livestock. And that is what made our remaining animals survive,’ he says, standing by a healthy maize crop.

In the village, about a dozen women sit in a corrugated iron shed, learning to read and write. The women’s group is another Tearfund supported project, aimed at education and empowerment in the village.

Liban also speaks highly of the program and the women it supports. ‘Today the women of the village can read, write, do business and other activities.’

‘Before, a woman was just a housewife, staying in the house all the time,’ he explains. ‘Now she can help with farming, raising children and rearing livestock.’

A short drive away from the village, it’s a very different story. Old farmland is parched and cracked and there are signs of serious malnutrition amongst the people. Calla Culle is an oasis – a village that has learned ways to farm the land and flourish, even when the temperatures soar and the rains don’t come.

And it’s a beacon of hope for many more villages across Somalia and East Africa.

*Pseudonyms have been used