An innovative way to cook food is being used in Malawi and it’s being championed by a young environmentalist, who was trained by Tearfund.

An innovative way to cook food is being used in Malawi and it’s being championed by a young environmentalist, who was trained by Tearfund.

Malawi has a huge deforestation problem. Leading Malawian scholar, Susan Ngwira, says deforestation is estimated to be responsible for the loss of 33,000 hectares per year. It's so serious that, according to Reuters, in 2017 the government launched 24-hour patrols to protect the country’s major forests from deforestation and illegal logging.

But communities are now being taught how to build stoves which use less wood, meaning they’re more environmentally friendly. In February 2019, Tearfund’s partner AG Care, asked members of Chatewa Village to take part in a training programme to learn how to build the stoves. 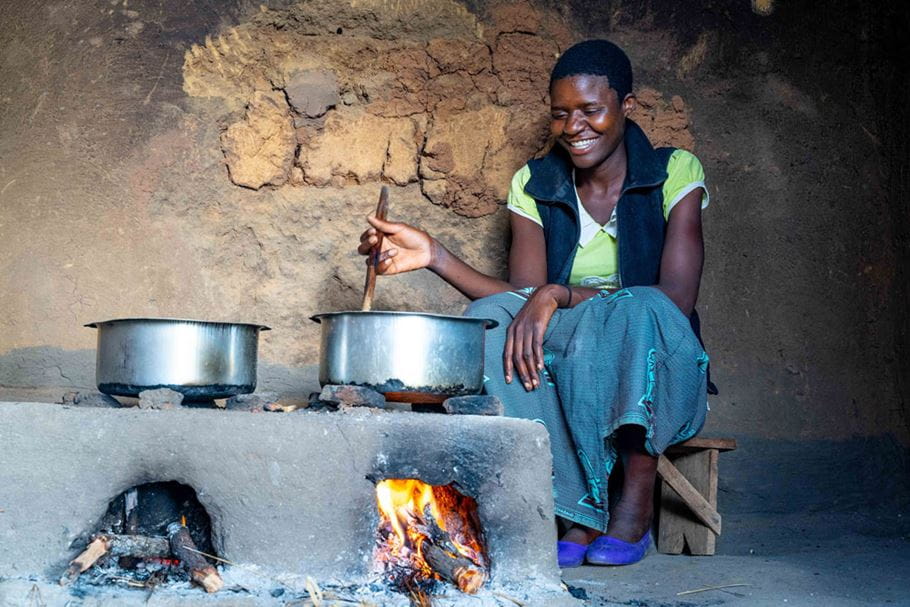 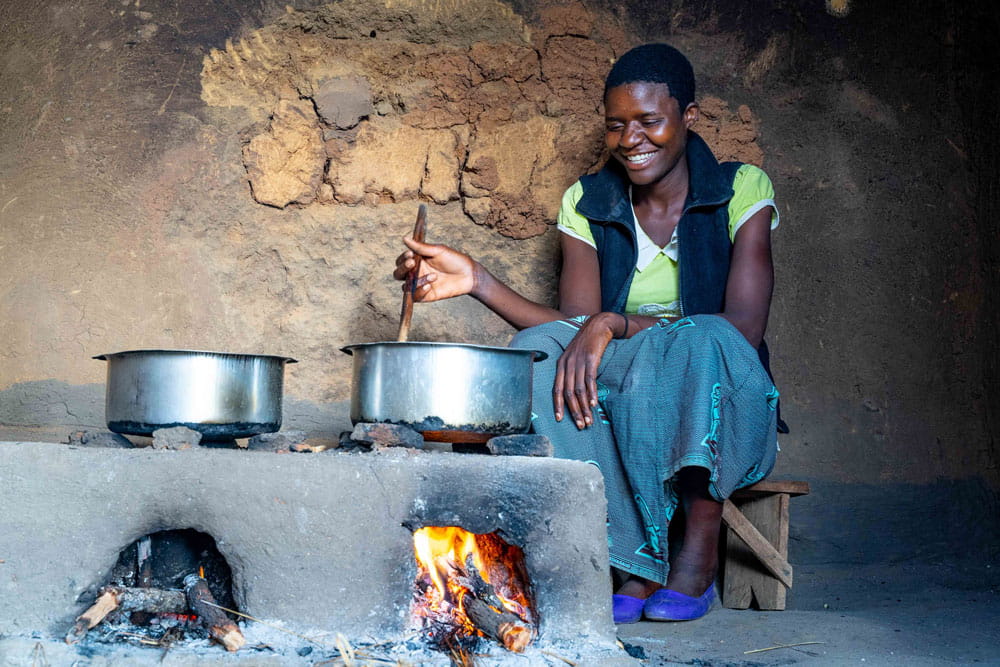 Growing enthusiasm
For 24-year-old Kires Phiri, a passionate conservationist, it was what she’d been waiting for. ‘The stoves are very important as they help us conserve the environment,’ she says.

‘Firewood that would ordinarily be used in one month now takes three months, all thanks to these stoves.’

Her enthusiasm for the project has led her to build 42 stoves in her village within the first three months of receiving the training.

‘It feels good to see the village transforming as people use less firewood. The environment provides us with many things, including fruits and medicines. And when you use energy saving stoves you are using less firewood, meaning the forest can develop and grow,’ Kires explained.

Kires says: ‘My eyes would get really sore and dry but with these new stoves, I have never experienced that problem.’

AG Care’s Project Officer, Mirriam Yona, adds: ‘The energy-saving stoves are being promoted in the communities because they reduce, by a third, the amount of wood used compared to a traditional cooking stove. They also improve cleanliness, as well as being quicker and safer for cooking.’

Kires wants to get even more involved in environmental conservation and is now sharing the knowledge she received from the training. She believes that with more energy-saving stoves, the forests in her homeland will now have the chance to grow back faster and so help the environment to be restored to what it once was.

Thank you for advances in technology and innovation. We know it can sometimes be misused, causing harm to people and the environment, but we also know that it can be used for good. Thank you for the example of Kires in Malawi who is pioneering stoves which mean fewer trees are cut down. Please help those who are working on the forefront of the campaign to curb deforestation.