Florence hasn’t been able to grow anything on her land for two years. And the situation is unlikely to improve anytime soon. Her family are being pushed further into poverty; it’s destroying her self-confidence and her hope for the future.

Florence lives in Zimbabwe, which is experiencing its worst drought in more than 40 years. The lack of rain means harvests are failing across the country. The drought has pushed food prices up. That, and the country’s political unrest, has been devastating for farmers like Florence.

Hard times
‘The last time I went to till my land was in early 2018, because of this drought that has plagued our land,’ says Florence.

Her family were forced to rely on breeding and selling their chickens to provide an income, but many died of disease. Florence is now dependent on her 20-year-old son’s efforts to make an income: ‘My son makes money by selling sweets and doing casual jobs. When he earns something with the little he gets we will cook one meal, which we will eat for dinner and save some for breakfast,’ Florence explains. ‘Sometimes he doesn’t make any money, so we‘ll sleep hungry.’

Florence would like to work, but is scared to leave her young daughter alone. ‘One of my children is a girl who I can’t leave alone as it’s not safe,’ She explains. ‘Sometimes I cry when I think of my situation and what has happened to me.’

Florence’s life has never been easy. Orphaned as a young child, married by the age of 12, and then widowed twice before she turned 39, Florence has endured many setbacks and hardships. But this drought is the worst thing to ever happen to her.

Coming together
Tearfund is working in Zimbabwe, helping farmers like Florence to not only survive the drought, but to help them put in place plans to build a brighter future.

Our local partner, the Evangelical Fellowship of Zimbabwe, is working through Florence’s local church. They are training members of the community, including Florence, in how they can use their gifts to become self-reliant and lift themselves out of poverty.

And as the climate crisis worsens, initiatives like this are needed more than ever. 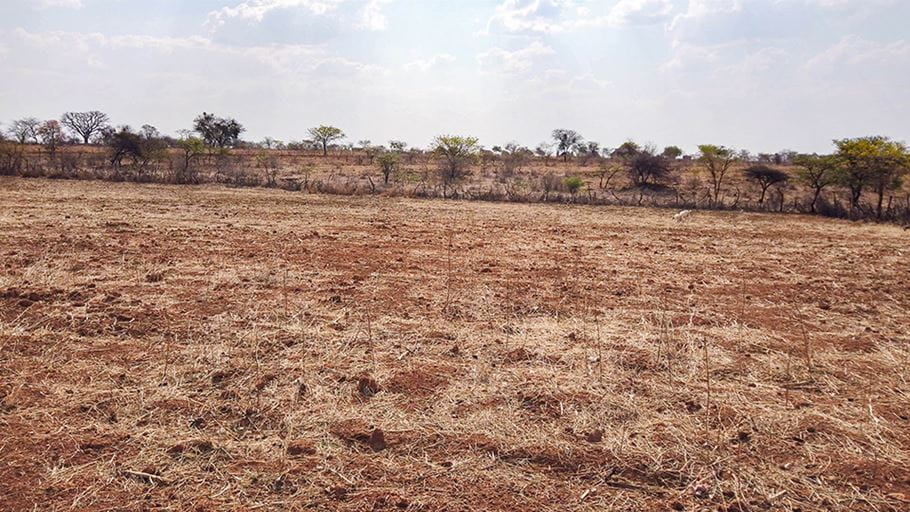 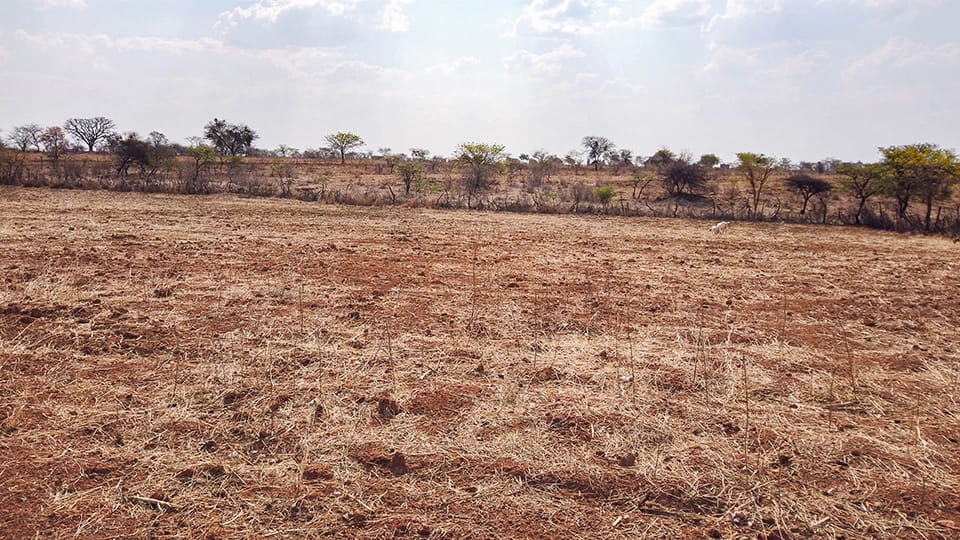 Florence’s farm is barren. She hasn’t been able to grow anything on her land for two years because of the severe drought.

What has climate change got to do with drought?
Extreme weather, like droughts and floods, are not only becoming more common, but also more severe. And it’s people in poverty that are being hit the hardest by them. This is bad news for farmers like Florence.

Tearfund, through our local partners, are helping farmers learn new ways to farm in response to the climate crisis. This includes training on how best to work the land under these tough new conditions, and information on growing drought-resistant crops.

Training like this is saving lives and helping to restore land that’s been devastated by drought. It’s also giving people like Florence a way to lift their families out of poverty.

At Lent, many of us give up certain things to help us focus on God. But one thing we will never give up on is following Jesus where the need is greatest – showing his love in practical ways to give a lifeline for people like Florence. Please consider giving to our Lent appeal to help people like Florence survive the drought.