Progress and perseverance: what's happened since the Paris Agreement?

Five years after the Paris Agreement, we look at why 2021 is a critical year for climate action.

Moved to tears, Christiana Figueres, Secretary General of the UNFCCC, stood on a platform in a small hall in Paris, receiving signed petitions from all over the world. A group of British pilgrims who had walked to Paris from London formed a row of bright blue t-shirts. They sat up taller as she said:

‘Collectively you have walked seven times round the globe. I would like to thank you for your messages, for almost 2 million signatures, for your walking, for your praying, for your singing... I want to thank you for every single step, because with every step you have shown that it is possible to tread lightly on this, our beautiful planet.’

Two weeks later, at a landmark climate summit, the Paris Agreement came into being. That was five years ago – 12 December 2015. It was the first time almost all the countries of the world had joined together to agree to keep global warming ‘well below 2°C’ and as near to the safer level of 1.5°C as possible. Big progress, after years of fraught negotiations.

But what happened next?

The world carried on getting warmer. The five years since Paris have been the warmest since records began. And countries working to turn the tide on climate change suffered a huge setback when, in 2017, the (then) new US president, Donald Trump, announced the US would be pulling out of the Paris Agreement.

Since 2015, we’ve seen fires from the Amazon to Australia, failed crops from Colombia to China, hurricanes from Mexico to Mozambique, and floods from Puerto Rico to the Peak District – extreme weather events made more likely and more severe by climate change. Tearfund sees the impact of climate change every day – communities facing disruption in weather patterns so they don’t know when to plant or harvest their crops, increased flooding, more intense storms. It’s heartbreaking – and it’s wrong. This is a justice issue: people in the poorest communities of the world did the least to cause the problem, but are by far the worst affected. 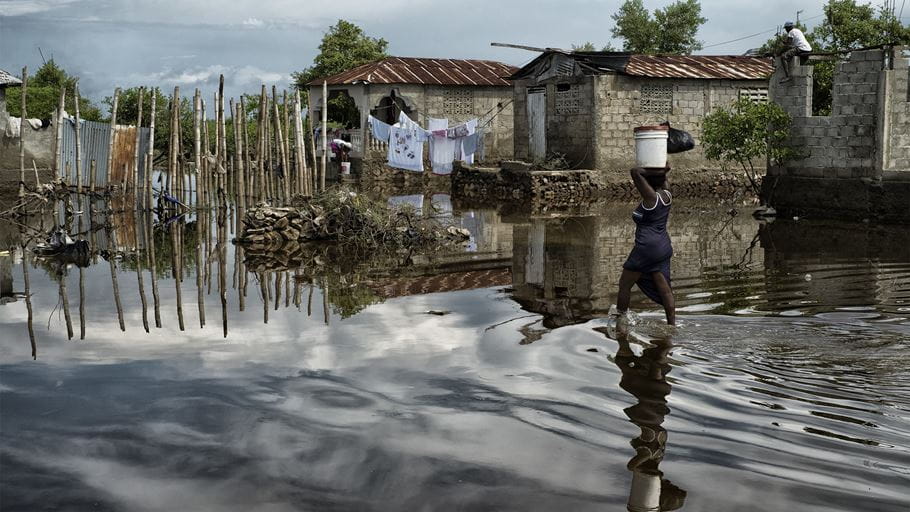 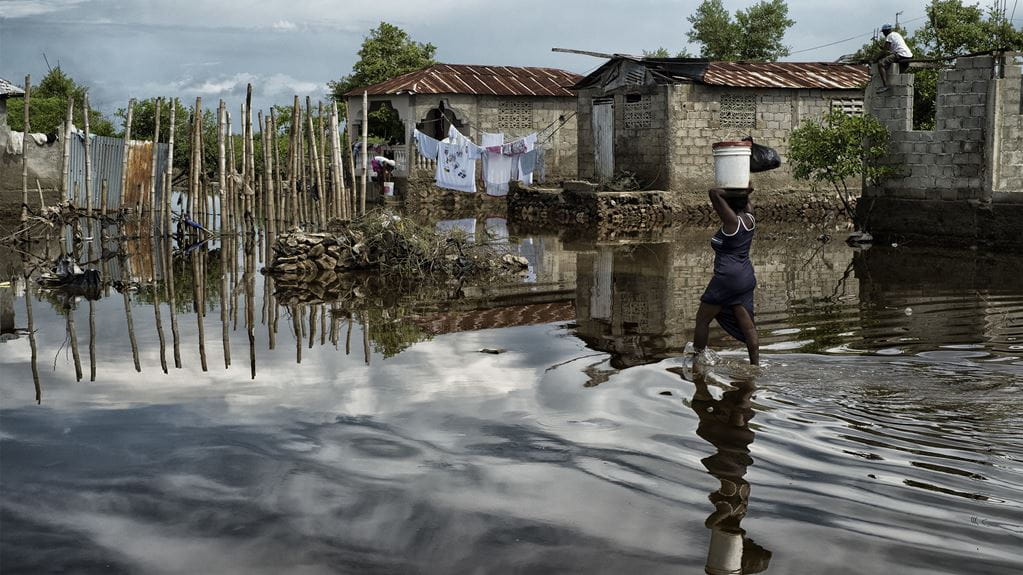 A woman carries supplies through a flooded street in Haiti (UN Photo/Logan Abassi).

‘I don’t have to change the world all by myself, I just need to partner in the work God wants us to do.’ Katharine Hayhoe, climate scientist

Motivated by hope, Tearfund supporters in the UK and Christians all over the world have continued to speak to their congregations, write letters to government ministers, talk to their MPs, join rallies and pray in the face of this injustice. Working with others, since Paris we’ve seen:

We’ve also seen major progress in three hugely polluting countries in recent months: China has committed to becoming net-zero by 2060 and Japan by 2050; and Joe Biden as US president elect has committed to re-enter the Paris Agreement. 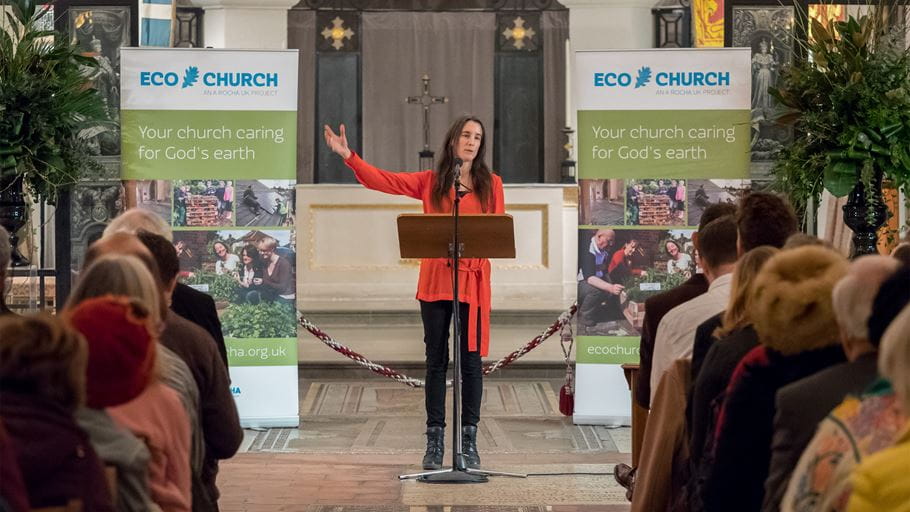 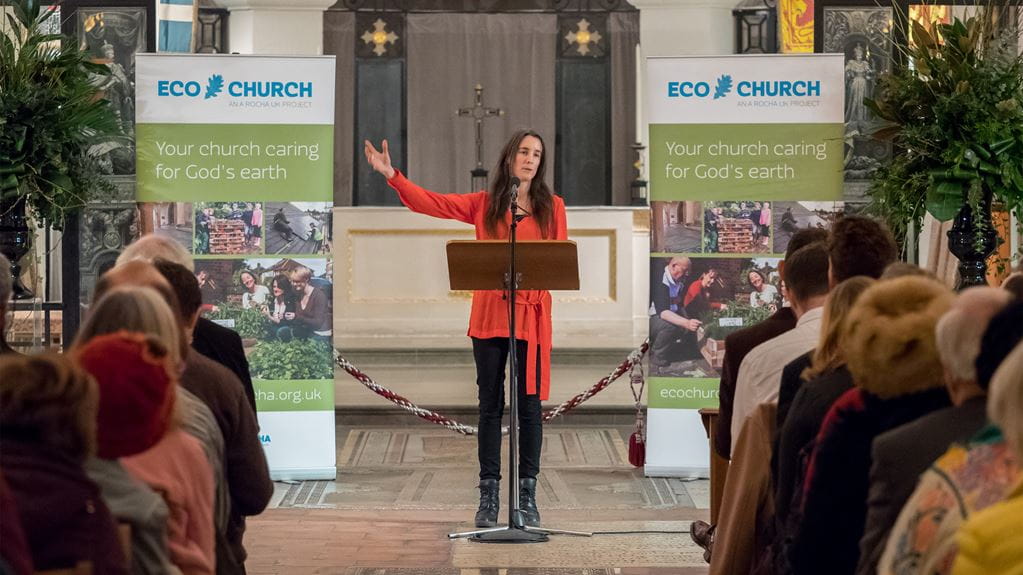 Furthermore, in the Climate Ambition Summit hosted by the UK, France and the UN on Saturday 12 December, we saw climate commitments from 75 countries!

After years of tireless campaigning by Tearfund supporters, Boris Johnson finally announced that the UK will become the first major economy to end direct public funding for oil and gas projects overseas.

For the first time, the country commitments made are prompting us to dare to hope that we might actually achieve the ultimate aim of the Paris Agreement – keeping the global temperature rise to well below 2°C and as close to 1.5°C as possible. However, this hangs in the balance, as many high-emitting countries were absent from the summit – and so were detailed action plans.

We must remember that promises don’t necessarily translate into real life change for people in poverty. At present, there is still a big gap between these new announcements and actual climate action on the ground. This is what Tearfund’s campaigning will focus on in 2021. Lest we get complacent, stark analysis concludes that the emissions drop at the end of this Covid-19 year, after planes have been grounded and people have stayed at home, has to be matched ‘every year for the next decade’ for us to get on track for a safer future. There is a monumental task ahead.

If you haven’t already joined the Reboot campaign, signed the declaration and added yourself to the prayer WhatsApp, please do. You could be part of the next big step forward!

A landmark year ahead

Next year will see another landmark climate summit – known as COP26. This one will take place in Glasgow in November. Arguably, it offers the greatest opportunity – not just since Paris, but in decades – to make headway in tackling the climate crisis. But it will take courage and vision at a time when we’re also recovering from the pandemic and desperately need to create jobs in the UK and in every other country in the world.

Next year we will keep campaigning and praying, as we call for a green and fair recovery that could bring the goals of the Paris Agreement finally within reach. Wouldn't it be incredible if we could harness the global economic recovery and use it to close the gap between the new climate targets announced in recent weeks and real-world policies?

One Tearfund campaigner, whose engagement in climate dates back earlier than Paris, was asked in a podcast interview: ‘In your 50 years of campaigning, what have you learnt?’

In response, he said: ‘The importance of working with others and just playing the part you can play, and trying to get others involved… Some of my most unlikely ideas were the ones that came off. The other big key to success is perseverance. You do have to keep going.’  (David Golding on ‘The Hopeful Activists’ Podcast’ Campaign successes: starting something new)

Just as in Paris – and in everything we’ve done since Paris – we’ll be part of something bigger. Our footsteps, our prayers and our petitions will join with those of others, and we’ll present them together in Glasgow in November 2021.

We’ve seen time and time again that, when we raise our voices together, decision-makers take action and situations change for people in poverty. I pray that in Glasgow we are ALL moved to tears, just like Christiana Figueres five years ago, by what can happen when we stand together and speak up for change.