As the flooding continues to cause devastation, Tearfund has found a new way to reach people in need.

The rains in South Sudan have been relentless. Hundreds of thousands of people have now been affected by the flooding – a crisis that began last year, but hasn’t stopped. Tearfund has been adapting its support to reach those in need. Find out more about what’s happening and how you can pray.

Maketh, a father-of-five, relied on farming to provide for his family. They had cows, goats, chickens, as well as crops sown into the ground, ready to harvest. But then, the rains came.

As the floods got worse, chances for cultivation became narrower each day. Now, the area has become totally submerged in water.

‘I lost everything. My home, my farm and harvests, even my livestock,’ says Maketh.

Maketh was forced to evacuate his family from the area and sought refuge on higher ground. But he had nothing now to provide for his family. Like many others in the area, he was facing hunger.

‘I moved my family to Bor, I remained here at Pakeny Island to be able to do something to support them. My family is starving,’ he shares. 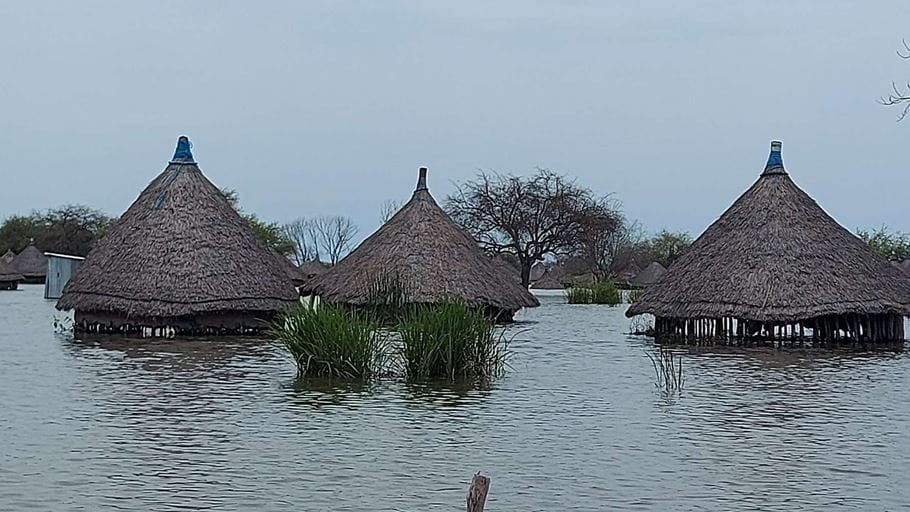 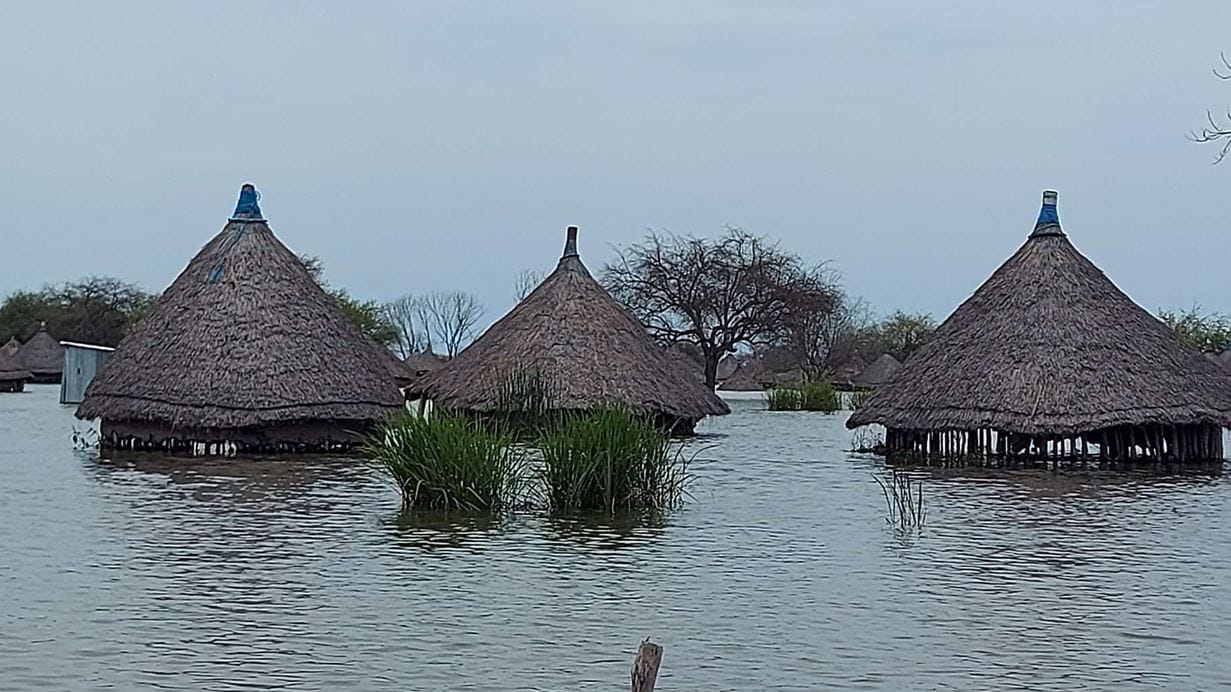 A village in Panyagor, in the Jonglei State, South Sudan is completely submerged underwater. Credit: Tearfund

Tearfund, in partnership with the UN Food and Agriculture Organization, has been helping families like Maketh get back on their feet. We have been supporting them with fishing kits as an alternative way they can provide for their family.

‘With the fishing materials I received from Tearfund, I am now able to catch enough fish for food for my family and even for selling,’ explains Maketh.

‘With the money I get, I then buy other basic things my family needs like salt, soap, medicine, and many other types of food.’

It is still a challenge for people to get around – many of the roads in Jonglei state, where Maketh lives, are still underwater or impossible to use. Where cars and bikes used to go, boats are now essential.

For Maketh to reach the market to sell his fish, he borrows a canoe from his friends.

Our Tearfund staff team has also made significant changes to the way it reaches people in need by investing in boats.

‘We thank God for the provision of these boats that has enabled us to reach places that have been cut off by the floods,’ shares Anthony Rama, who leads Tearfund’s work in South Sudan. ‘It is often in these places where people have been the hardest hit.

‘Many people just want the flood waters to recede so they can go back home and rebuild what they’ve lost, but we don’t know when this will be. Or if the land will be suitable again for building or farming on. There’s a lot of uncertainty.

‘Please keep the people of South Sudan in your prayers.’

When our team asked Maketh how we could pray for him and the people of South Sudan, he shared this with us:

‘May the Almighty God increase Tearfund and it’s partner’s strength to alleviate poverty amongst the vulnerable communities around the world. Join us in prayers for the flooding to recede for normal living.’