Liberia is one of the poorest countries in the world, with some of the worst levels of water hygiene and sanitation. This makes communities vulnerable to the spread of disease.

To mark 50 years of Tearfund, we’re sharing about 50 countries where we’ve worked, celebrating God’s provision and power to transform, and praying for each of these nations. This week we’re in Liberia.

Liberia is one of the poorest countries in the world, with some of the worst levels of water hygiene and sanitation. This makes communities vulnerable to the spread of disease. The Ebola epidemic of 2014/15, which claimed 11,300 lives across Liberia, Sierra Leone and Guinea, was a horrific example of this.

Following the outbreak, Tearfund responded in Liberia and Sierra Leone by helping the most vulnerable people to recover.

A crucial role to play
We have two partners in Liberia, both of whom we have worked with since 1996, and they facilitated the response. One of the great challenges was educating people about the disease; and it was found that faith leaders played a vital role as voices that could be trusted. Church meetings were one of the few public gatherings still allowed and were crucial spaces for sharing information.

Not only was there work to do during the epidemic, but also in the years after as it left many livelihoods ruined and family social support networks shattered.

Recognising this, the programmes combined a number of responses to try to maximise benefit of the activities. Teaching good hygiene practices was critical, but this was enhanced by developing soap-making in communities to increase infection control and create income opportunities. 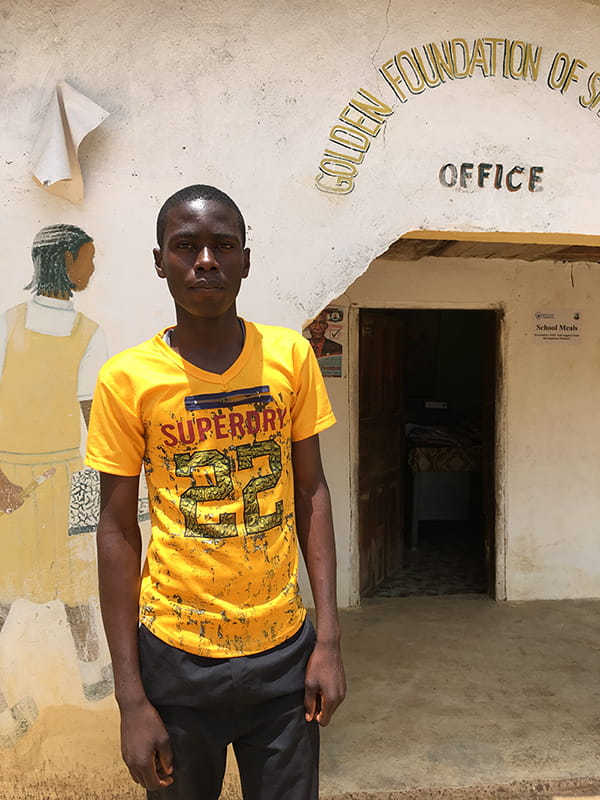 Helping (clean) hands
Togba* (19) suffered the loss of both his parents during the Ebola crisis and had to take on the care of his four younger siblings.

Dealing with this responsibility together with his own grief was compounded by the rejection of the community – there was a great deal of stigma attached to the disease. He was relying on small handouts from relatives but could see no way out.

But when Tearfund partner EQUIP began work in the village, Togba found much-needed support. The EQUIP team first of all gave him room to deal with some of the trauma through counselling and they encouraged him that there was hope.

Then they helped him improve his situation by training him in soap production. Togba was given training in managing a business and is now selling the soap to the community, as well as teaching others how to make soap for themselves. This has enabled him to provide for his siblings and they are able to continue their schooling.

‘I have hope for the future because now as I see myself,’ he says. ‘I am a man with skills, and with the skills I have people are in need of me, so I am useful to society.’

If you'd like to know more, please visit our Liberia page. And if you've missed any other articles in this series you can find them here.