Marc Antoine, who leads Tearfund’s work in Haiti, shares how Tearfund is responding and how you can pray. 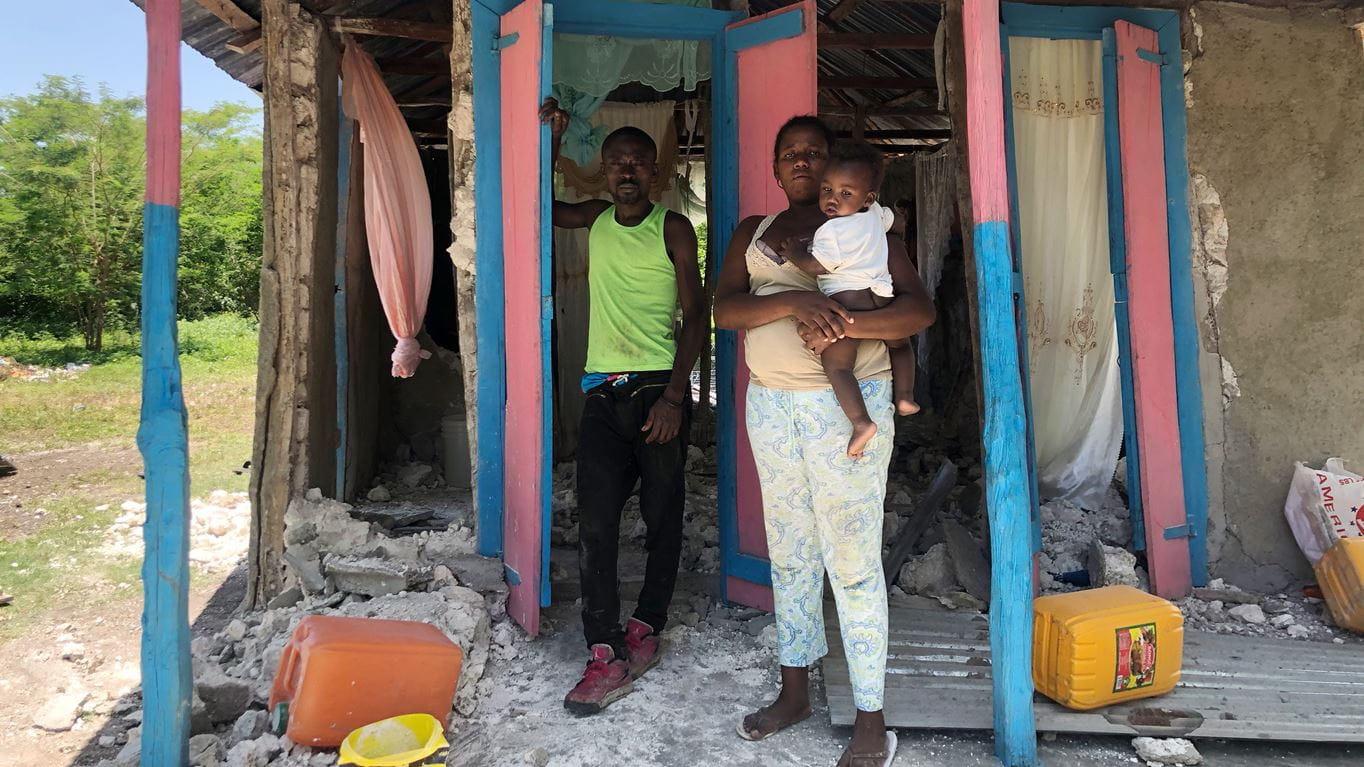 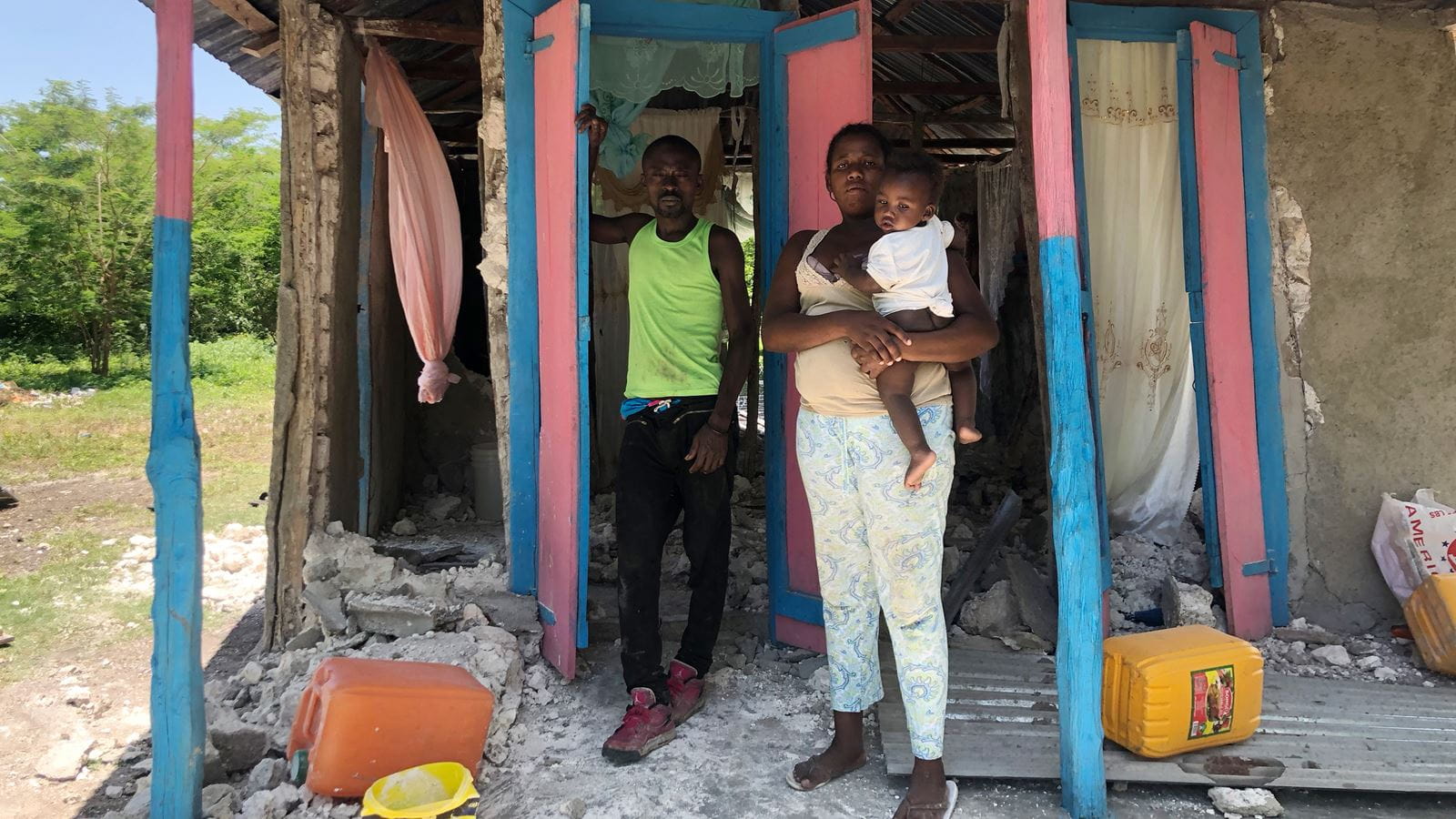 On Saturday 14 August a deadly earthquake struck southern Haiti. At the time of writing, more than 1,400 people have lost their lives and thousands are injured. Homes, schools, churches and hospitals have been reduced to rubble. Tearfund is on the ground responding – but it has been a race against time to reach people in need as Tropical Storm Grace hit soon after, hampering relief efforts.

‘People are sleeping outside in the rains – on mattresses, whatever they can find – out of fear and necessity,’ says Marc. ‘Rains have blocked some of the roads and there are reports of landslides.’

The situation is desperate. Hospitals are stretched to the limit. People have lost so much.

Kesner founded a school in Nippes – one of the worst hit areas – and has been running it for more than 50 years. It’s now almost completely destroyed. ‘I have no idea what I am going to do,’ he shares. 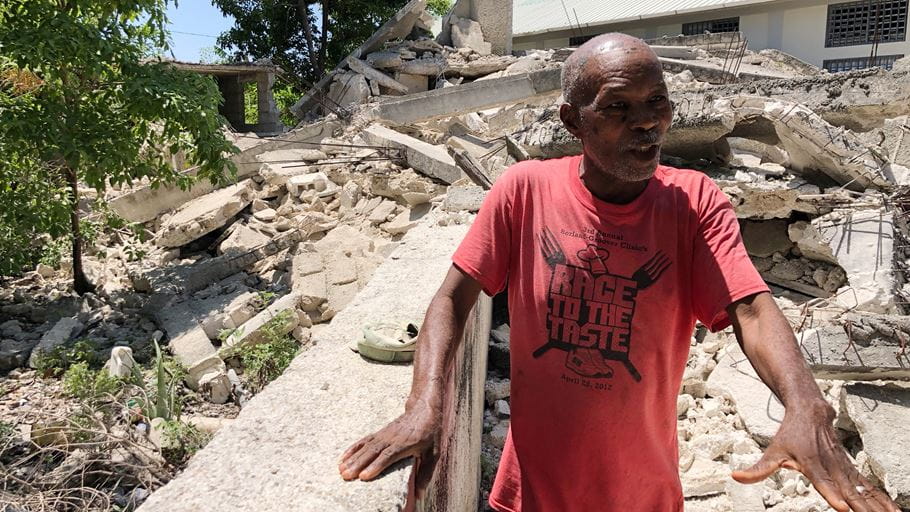 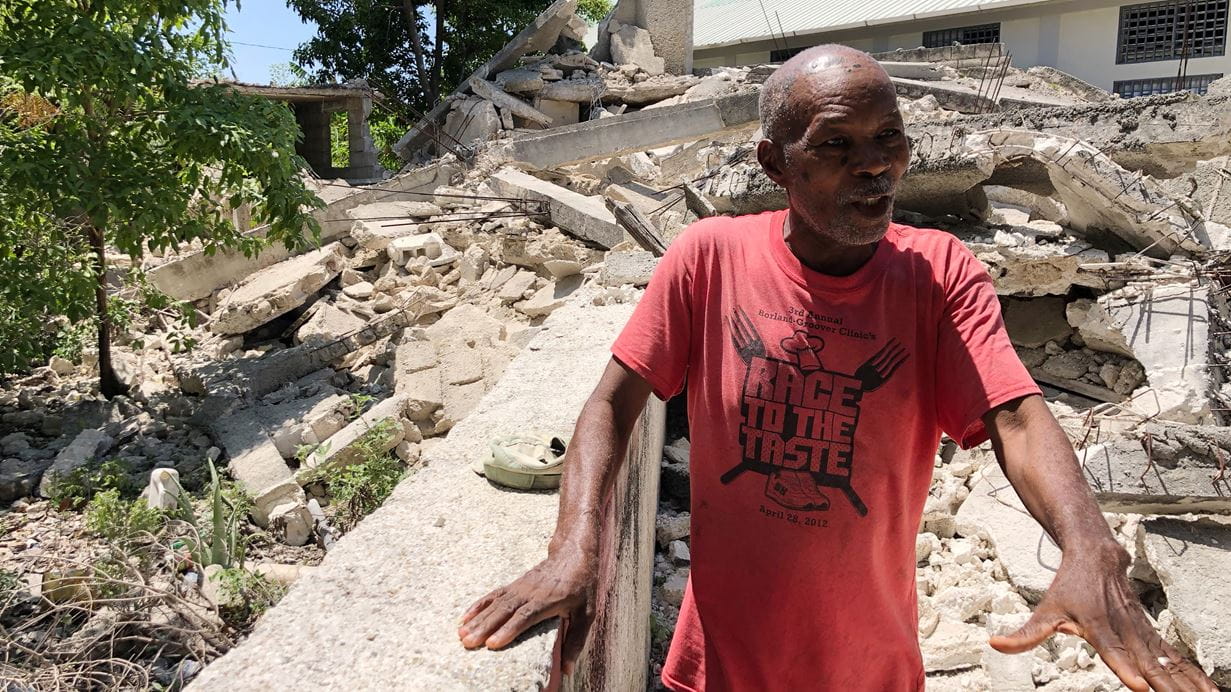 Kesner stands outside the school he has run for more than 50 years, which has been badly damaged by the earthquake | Credit: Tearfund

Tearfund is providing hygiene items, shelter and cash grants so people can buy what they need most. We’ve carried out needs assessments to best support people to rebuild.

The power of young people

‘Haiti has faced multiple earthquakes over the years – the worst being in 2010,’ says Marc. ‘This makes it tough for people to move on – it’s easy to live in fear. People are already frightened. Gang violence is rising and our president was assassinated last month.

‘We are in a better place to respond than in 2010. Tearfund has been training young people to become first-responders after a disaster. After this earthquake, we saw the impact of this training.’

Within a few hours the Tearfund-trained youth network were some of the first on the scene and had conducted needs assessments in the most-affected areas. 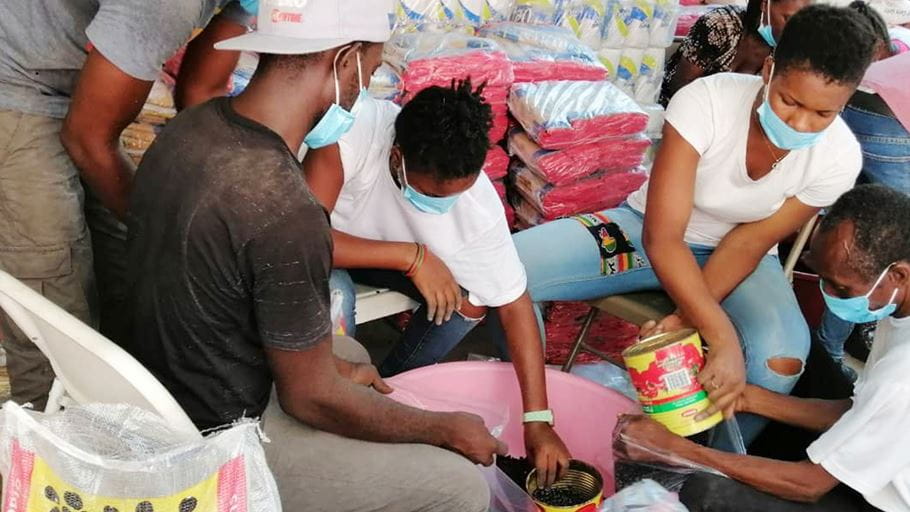 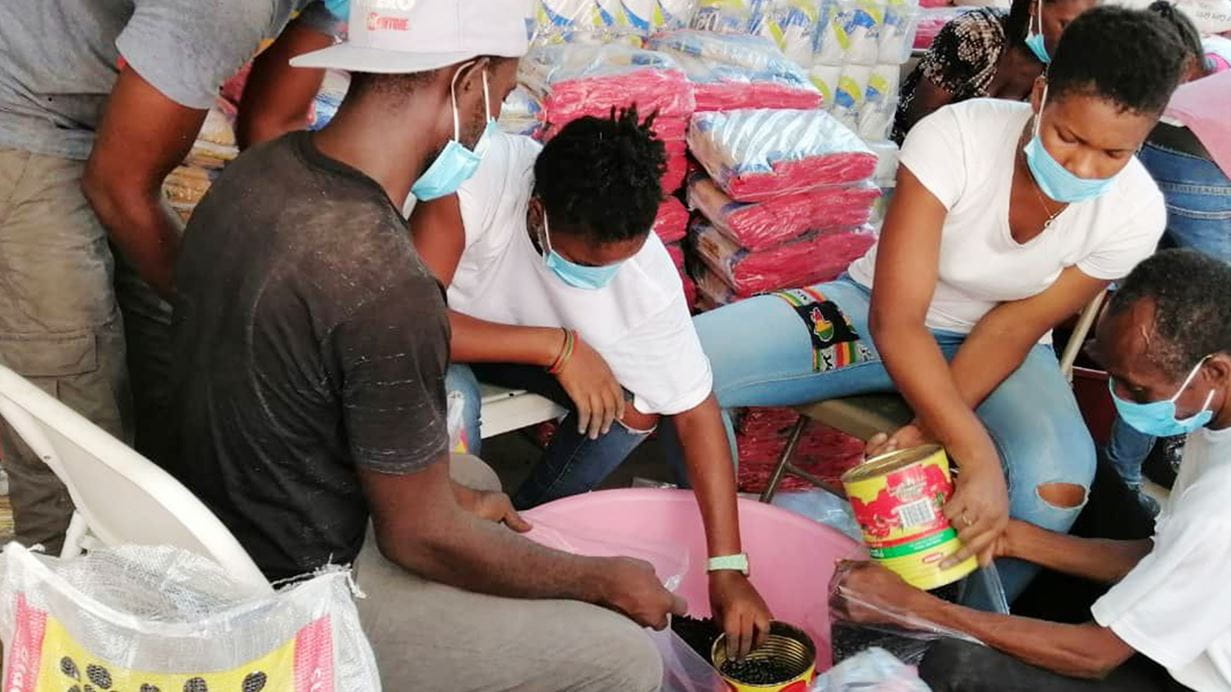 Through Tearfund’s network of trained first responders, many people have been helped. This Saturday (21 August) they will be delivering 500 kits of essentials to families in need | Credit: Tearfund

Mayor of Nippes, Mr Joseph, is a Tearfund-trained first-responder: ‘Tearfund helped me become who I am today, thanks to their training and support. I now have skills and understanding to help my community.’

‘Everyone is pulling together and responding to this crisis,’ says Marc. ‘But the need is great. Please stand with us in prayer at this crucial time for the people of Haiti.’