A burning need to tackle the plastic crisis

The United Nations is about to launch talks for a new global treaty. Join with us in prayer for these talks.

In just a few weeks the world is kickstarting talks for a new global treaty on plastic pollution. This has the potential to protect people living in poverty from the harms of plastic waste. However, your prayers are needed as the treaty is already coming under threat.

The United Nations Environment Assembly will be meeting shortly in Nairobi, Kenya, to launch negotiations for a new legally-binding treaty on plastics. The treaty will hold countries and corporations around the world accountable for plastic waste. They will make crucial decisions about the scope of this new treaty, including whether it covers all plastic pollution, or just ocean plastic.

It has the potential to make a real difference to people living in poverty. But only if the stronger version is passed.

Last year, Peru and Rwanda proposed a broad treaty that will tackle all plastic pollution. It gained support from many countries, including the United Kingdom and the European Union. However, at the end of last year, Japan submitted a competing draft.

Japan’s draft narrows the focus to plastic waste in the oceans only. This excludes one of the most damaging aspects of plastic pollution: the burning of plastic waste. This is despite burning causing the majority of deaths linked to pollution.

Japan’s draft is backed by some of the largest plastics companies – Exxon Chemicals, Shell Chemicals and Dow. This may be because Japan’s vision for the treaty doesn’t require corporations like these to reduce the amount of plastic they are producing – even though a double-decker busload of plastic waste is being burned or dumped in developing countries every second. 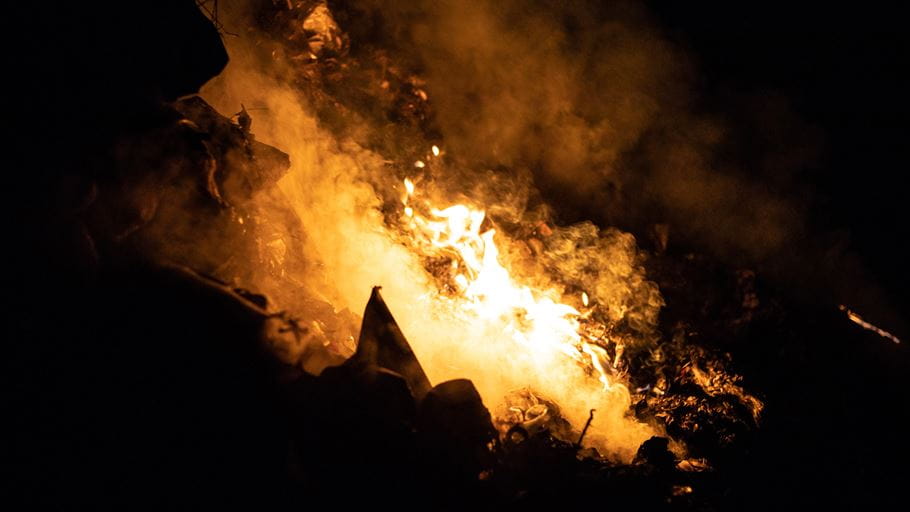 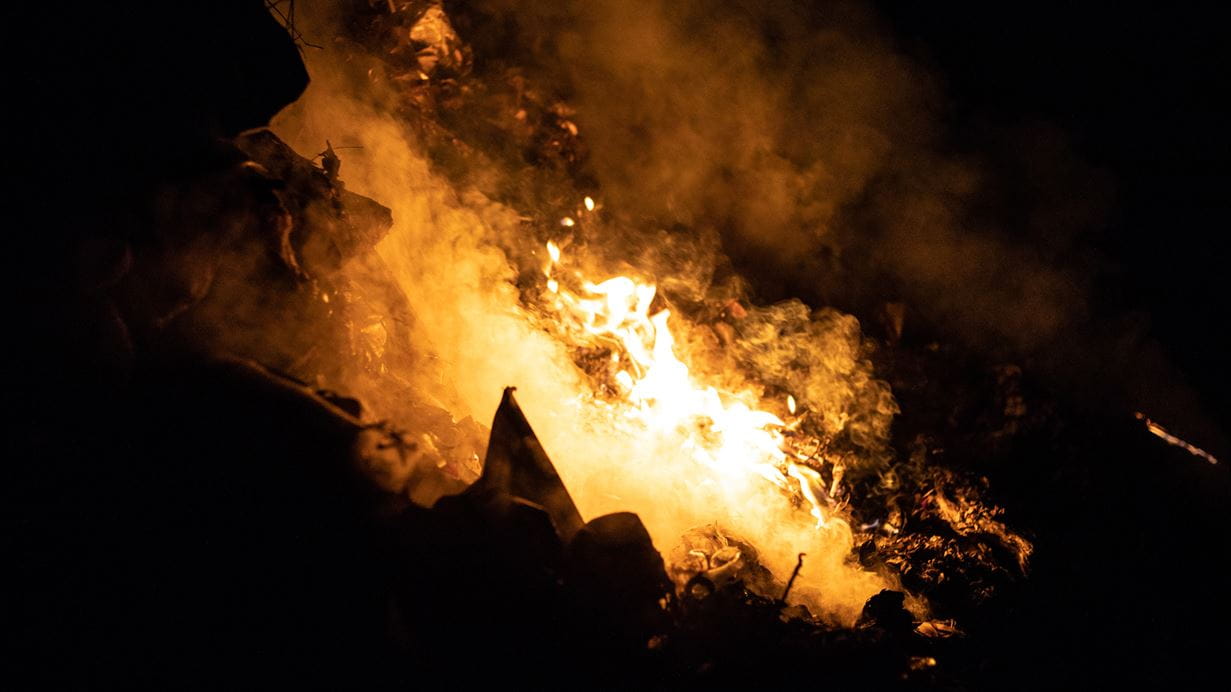 Waste being burned in a rubbish dump in Dar es Salaam, Tanzania. Burning causes the majority of deaths linked to pollution, but people living in poverty often do not have the infrastructure or resources to set up waste collection and disposal facilities | Image credit: Daniel Msirikale/Tearfund

Families living among piles of waste

Royda is a single mother, bringing up three young children in Dar es Salaam, Tanzania – one of the poorest countries in the world. Due to their poverty, they have no choice but to live next to the city’s main rubbish dump.

The dump is frequently on fire. The air is filled with smoke and dust, and litter – including plastic – is spread throughout the community, attracting large amounts of flies.

‘The dump is on fire every two days,’ says Royda. ‘Sometimes, the smoke is so dark that you can’t see the person in front of you.

‘I get breathing problems and eye problems too. The kids also get a lot of breathing problems; they cough a lot… I am worried about my children’s health because when it is very dry, the smoke always comes. I am sure in the long run they will develop health complications.’ 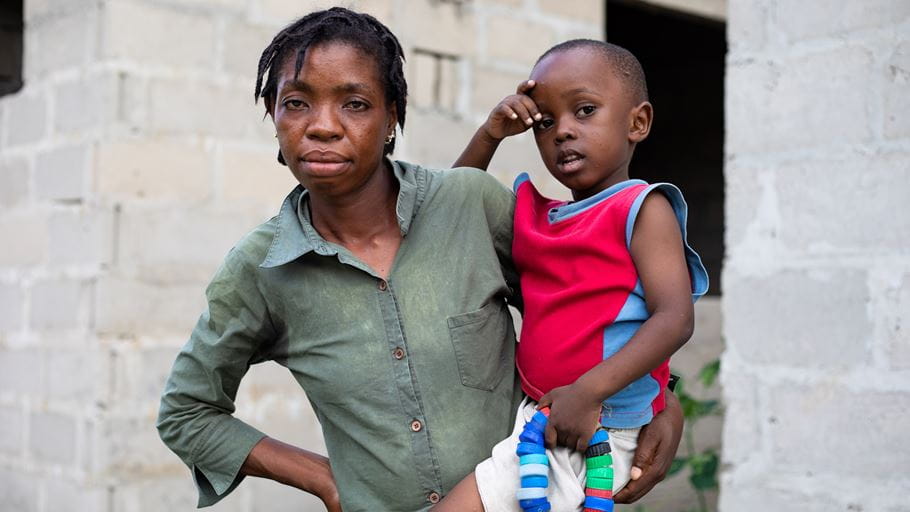 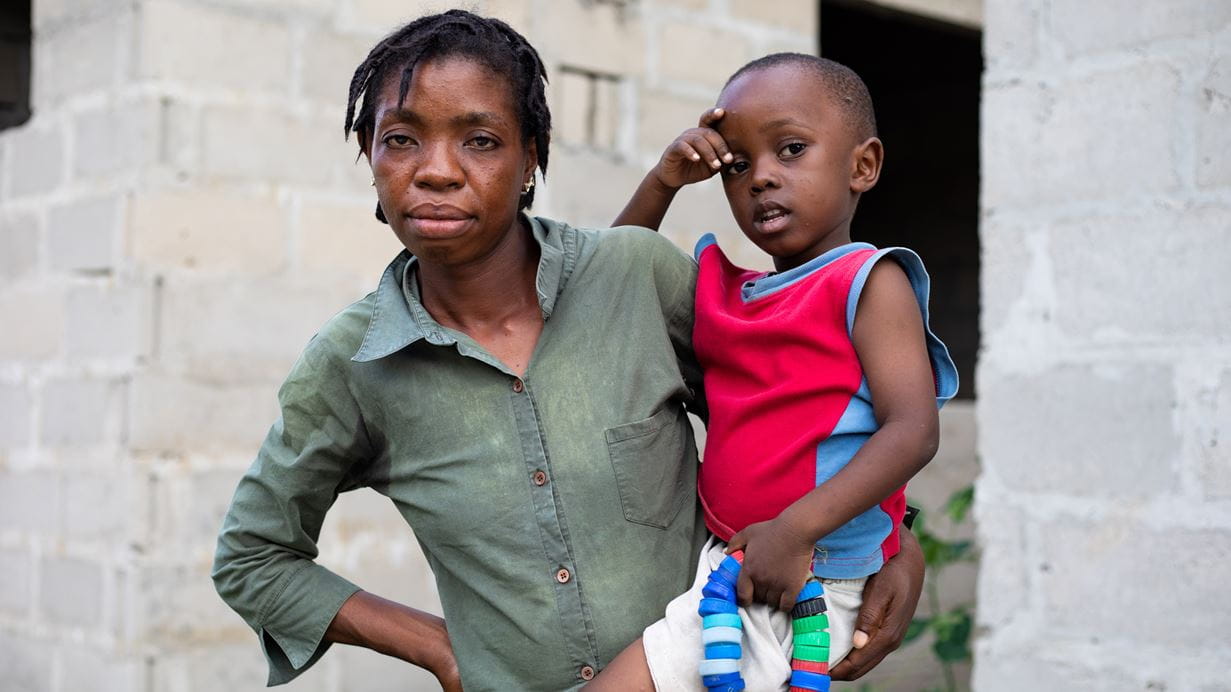 People living in poverty, like Royda (pictured above with one of her young children), often have no choice but to live next to mountains of waste. This causes huge health challenges for the whole family | Image credit: Daniel Msirikale/Tearfund

Miriam – a mother of five – also lives in Dar es Salaam – right next to the Msimbazi river. Plastic bags, sachets, tubs and bottles line its banks. On the other side lies a disused waste dump. New waste is no longer dumped here, but the waste of previous years remains.

One of the problems with plastic waste is that it takes so long to decompose. A plastic bottle can take up to 450 years to break down in landfill. And it’s communities like Miriam’s who are paying the price. 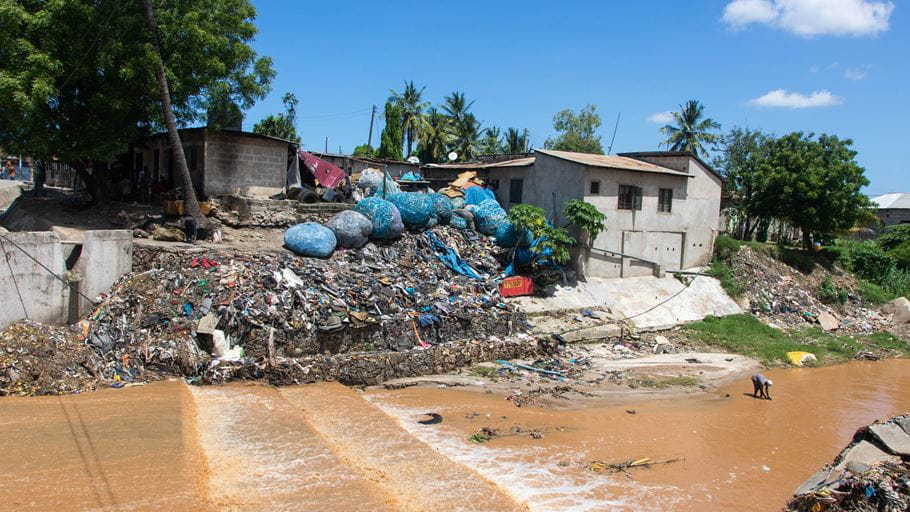 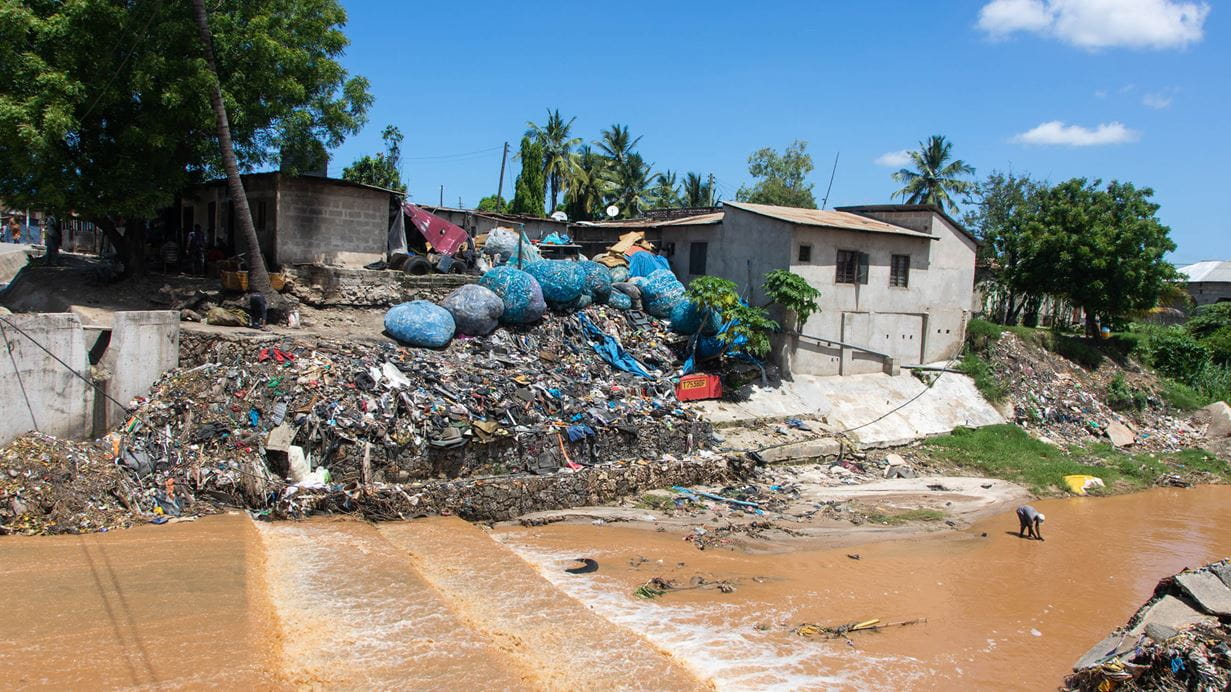 Waste accumulates in the riverbanks in Dar es Salaam, Tanzania – right next to people’s homes. It is a health hazard, putting families like Miriam’s at risk | Image credit: Daniel Msirikale/Tearfund

Time is running out

When the United Nations Environment Assembly meets from 28 February to the 2 March in Nairobi, negotiators will be looking at these two proposals – either to take one forward or – the more likely option – to look at how they can merge them.

The big question now is, will this new treaty include tackling open burning and reducing plastic production, or will we get a compromised version that doesn’t do enough to protect the world’s most vulnerable communities?

‘Four times as much plastic is burnt on open dumps and street corners as ends up in the ocean, so it is clear that Japan’s draft does not go far enough to tackle this problem,’ shares Rich Gower, from Tearfund’s Campaigns Team.

‘Global plastic production is still increasing. It is set to double in the next ten to fifteen years, so time is running out to address this problem. This new treaty is crucial – we must do everything we can to make sure the voices of people living in poverty are heard, because they are facing the worst effects of this and they are wanting change.’

Please join us in prayer over the next few weeks as decisions are made over this new treaty.