Send a coin to the Prime Minister

Send a coin to Prime Minister Liz Truss as a reminder of the finance promises made to climate-vulnerable nations.

Join us in sending a coin to the Prime Minister to remind her to prioritise rapid delivery of the delayed climate finance. Image credit: Clive Mear.

The UK Government and other wealthy nations pledged $100 billion a year from 2020 to the countries most affected by the climate crisis. But the full amount is yet to materialise.

People in poverty around the world, particularly black, indigenous and other people of colour, as well as marginalised groups such as women and people living with disability, are paying the highest price for these delays, yet they did the least to cause the climate emergency.

It’s time for wealthy nations to deliver on their climate finance promises.

As we approach the COP27 climate conference in November, we’re raising our voices with the ONE Campaign. We’re calling on the UK Government to follow through on their finance pledges, to keep climate finance at the top of their agenda and to use their global influence to encourage other wealthy nations to do the same. We are also joining with Tearfund USA supporters, who are writing to President Joe Biden for the same reason. 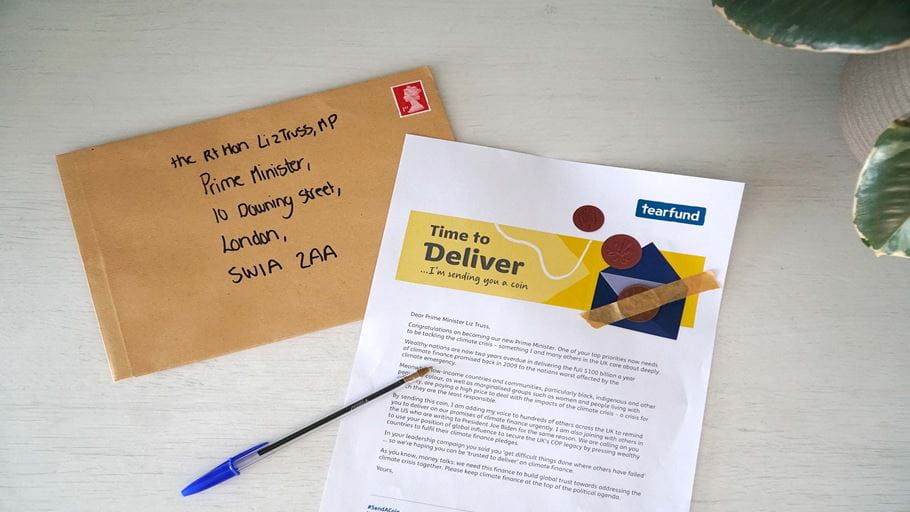 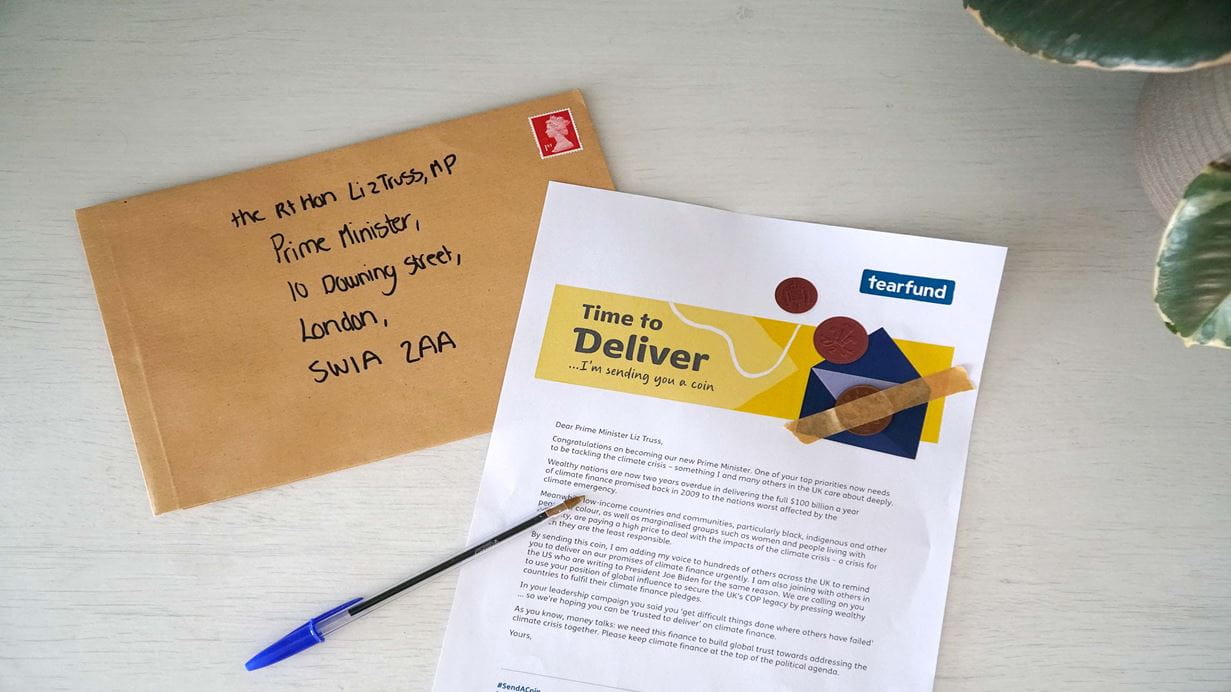 Download and print a letter to Prime Minister Liz Truss, or write your own message. Attach a coin and send it to Downing Street. Image credit: Naomi Witherick.

Get climate finance noticed by the UK Government

Join us in sending a coin to the Prime Minister to remind her to prioritise rapid delivery of the delayed climate finance. Posting a coin to Number 10 will be noticed – staff have to process the post and sensibly manage the money, so this is a sure way of drawing attention to this issue and seeing promises fulfilled for those most affected by the climate crisis.

Time and again, we’ve seen that when hundreds of us raise our voices together, our leaders listen. By taking part in this Send a Coin action, you are keeping the urgent issue of climate finance on the Prime Minister's agenda.

*The weight of a coin and letter is included in the cost of a 1st or 2nd class postage stamp.

Download a letter to Prime Minister Liz Truss to send with your coin.

Download a blank letter template to write your own message to the Prime Minister.